Did you happen to pick up one of the ring lights I talked about?

If not, I just checked and you can still get one with a set of lens adapter rings for less than $40 bucks 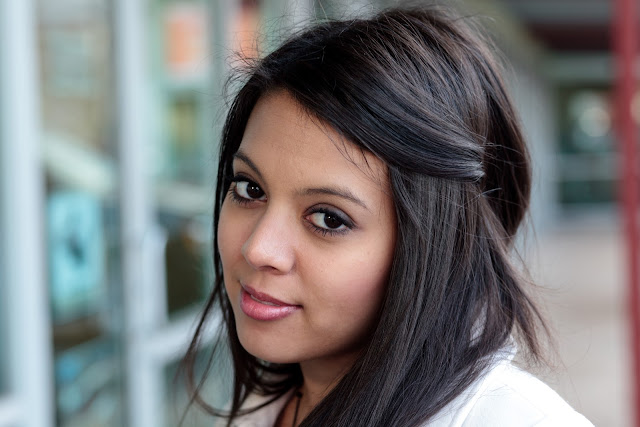 I bought one when I first saw them on Amazon for around $35.  I didn't know what I'd do with it at the time but I thought, at that price, it was too good to pass up.  In the interim I've used it for lots of different lighting applications.  I used it above to add a bit of fill light to Noellia's face on a cold winter day. 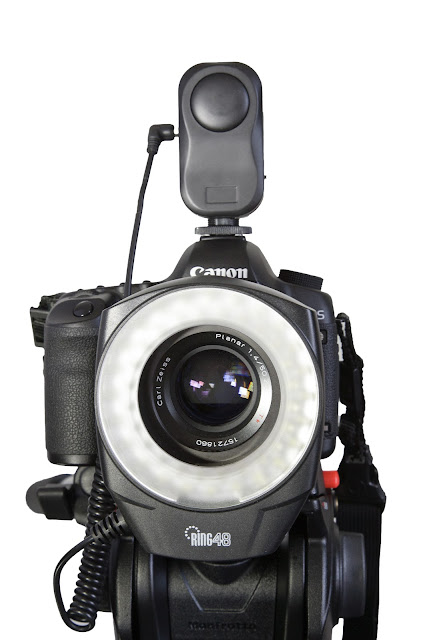 The batteries for the unit are in the housing on top of the hot shoe.  It takes two double "A's" and they last for hours.  You have the option of turning on all 48 of the LEDs or turning on one side or the other.  The unit comes with an A/C adapter and a set of filter ring adapters for most common lenses up to 62mm.  It's small, light and cheap.  The white light is as good, colorwise, as that which I get from my bigger panels and, for the size and stingy battery use, it belts out a good amount of light. 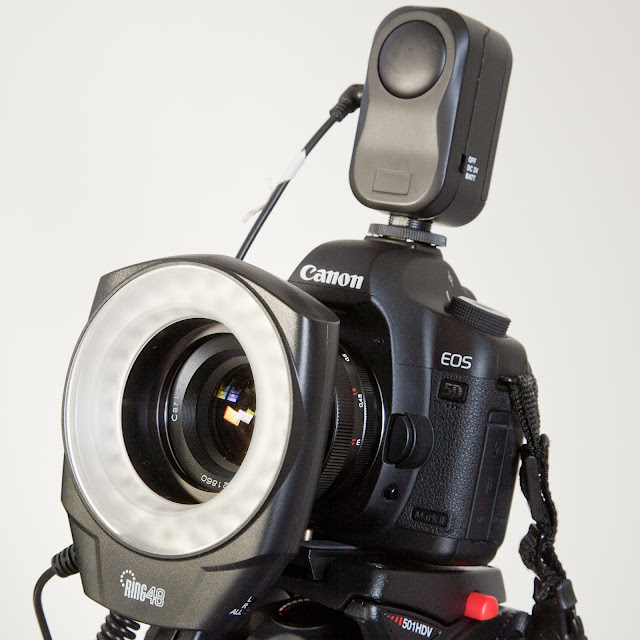 When I shoot commercially in dark places I sometimes use one of the ringlights on the front of the lens to use as a focusing aid for my manual focus primes.  It also adds sparkle to people's eyes and stops their pupils down a bit so you see more of their irises.  It's a more natural look.  I'm amazed at how good and how cheap these things are.  That makes them one of my favorite devices in the LED space.

I also use it as a reading light.  But that's a whole other topic.  Get one at this link.

Posted by Kirk Tuck, Photographer/Writer at 13:54

Kirk, I was wondering if you'd had a chance to use if for any macro work? If not, is that something I could talk you into trying *grin*?

Kirk what is the maximum working distance using the ring light for a portrait like the example image? Looks great to me.

Kirk, Can you think of any reason that Olympus was not listed? Can't see why it wouldn't work on any dSLR.

Peter, I hate doing macro stuff (except for tiny microprocessors that come with macro budgets) but I will try to do a couple of tests for the book which I will post here. As to the listings.....nothing needs to sync so the lights can be used with any camera from ancient view cameras to little point and shoots. No problems.

Kyle: That's cool. I love using the ringlight with very fast lenses. They go together well and don't require me to bump the ISO too much. I love mine.

Michael, the sweet spot is between five feet and two feet away. Much further and the ambient light diminishes the effect.

Too bad it does not ship to Canada.

That's nuts! What happened to NAFTA?

Maybe it's just the seller who won't ship to Canada! Too bad. Looks like a good deal.

Yes, I did, Kirk and I love it! I did some close-ups of the family with it and it works well. They did complain that the light was very bright though. ;-)

Tomorrow I'm going to try some macro with it.

Keep up the great work!!

I forgot to post a photo that I made with the ringlight. Here 'tis.

Thanks for sharing, Kirk - looks like a pretty cool on-axis fill. A couple questions:

You say that this is pretty much equal in color balance to your other led lights. Do you then use a filter over it to balance with daylight?

Am I right that its usefulness as a fill would be limited by the strength of the available light (i.e., it overpowers twilight so as to become the main light instead of a fill)?

Aaron, I find that if I'm in open shade I really don't need a filter. And yeah, that's exactly how the ratios work.

Thanks for the info! Have you tried making it play with flash? I suppose it'd be easier to put a filter over the flash than to try to make it fit this thing.

I got it on your recommendation and have used it for off-axis fills on close ups. Plamped to a small tripod or whatever was handy.
The control of which side is lit came in handy for the direction of the highlight wanted.

Now on to the larger flat LED panels.

I already have one (ok, not quite the same, mine has 12 LEDs and runs on rechargeable batteries), but use it for watch photography a LOT. I'll be working on watches tomorrow and also have an LED panel running off 6 AA rechargeables: the combination of the two with the Olympus 50 f2 lens is simply awesome (use both E30 and EP1, the latter mostly for video).

Thanks for recommending this one: I sent the link to all my photographer friends in the US. Truly great price for a sweet bit of kit...

John, If you read back here can you get in touch with me at Kirktuck@kirktuck.com, I'd like to see one of your watch images and possibly use it in the new book.

Amazon.ca is for Canada. I just bought one up here in the great white north. Thanks for the tip, Kirk. Interesting blog!