Another post that is NOT about A camera. Re-posted from 2012. A good year for writing.

Why are we afraid to make beautiful photographs? 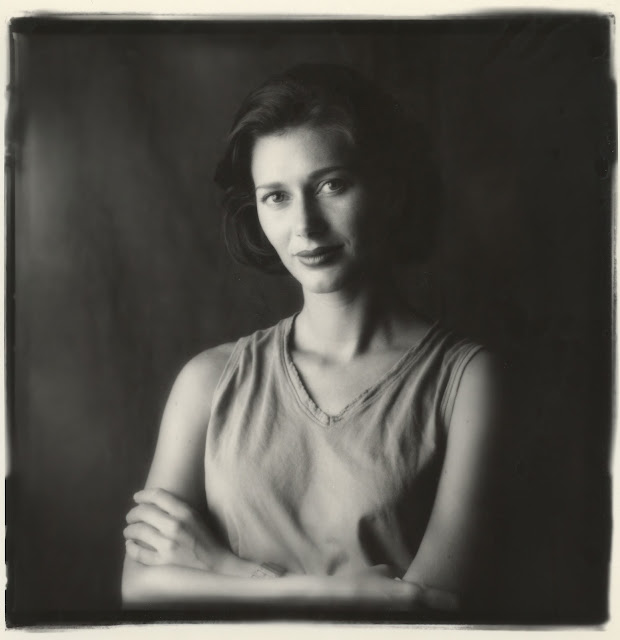 I understand that it's fun to see just how minimal you can get with your gear and still pull out a recognizable image.  Recently the combination of iPhones and Instagram has given rise (once again) to the aesthetic of the "distressed" image.  It's like re-strip mining, in a sense, since Polaroid transfers already pulled up the richest lodes of the distressed movement years ago, before people got tired of squinting at the images to see what the hell they were really all about.  Before that it was Polaroid SX-70 film that was reworked during its development with the business end of chop sticks, tooth picks and other implements of art.  In the 1980's we all lived through "cross processing."  It was a groovy way of fucking up your film to get a different look.  Back then you did it through chemistry but now you can do the same amount of damage/inspiration? with the click of a button.  And, of course, there are Lomos and Holgas, and before them the seminal Dianas.  Plastic cameras that help you innovate by producing "distressed" pictorial results.

I think every generation goes through this kind of experimentation and then, realizing that it is as much of a dodge as any other technique practiced for the benefit of the technique instead of the subject,  the real artists drop the schtick and the glitter and go on to create really original art or they move on to another hobby.  Perhaps "action painting" or bead craft.

We seem to have hit a point in photography where it's not enough to just interpret beauty.  If we photograph a woman we feel we must "enhance" her by smoothing her skin and using "liquify" filters to "thin her out."  We seem immune to the charms of beauty that is too obvious and even an inch outside mainstream constructs.  Same basic idea with men.  We've hit a pothole in the road of photography and now were stuck in the low gear of insisting that all photos of men be rim-lighted and have the "clarity" sliders maxed out.  Craggy skin tones and over the top lighting.  For every male over 21.

If you like doing all the distressed stuff don't let me stop you.  I'm not always right. You could be right.  Instagram could be the reincarnation of Leonardo da Vinci made whole for the masses.  But if you get a queasy feeling looking at one more "enhanced" portrait or one more Instagrammed snap shot.  If you start feeling vertigo at the non-stop progression of overdone HDR landscapes and city scenes you might want to join with me and ask:  "What's so bad about the reality of beauty?"

I think the appreciation of art follows the pattern of the pendulum.  A gifted artist tries a technique. The technique is antithetical to the prevailing ethos.  The technique finds popular and critical approval.  There's mass migration toward the technique and the new practitioners lack the original, driving idea that acts like a motor to power the technique.  Lots of derivative work is generated.  The technique reaches maximum cultural saturation and like fashion it goes out.  Old style.  Last year's stuff.

If the race, for the last five or six years, has been toward the grunge-ing of images and the instagramming of images for maximum nostalgic distressed effect then it seems logical that we're on our way back to the opposite side of the pendulum where beauty is consumed raw and quality is a technique that society is happy, once again, to explore.  Are we on the cusp of learning how to shoot well? Again.

How to use a tripod to gain clarity?  How to use our cameras to convey the richest manifestation of beauty instead of looking at beauty through layer after layer of dissembling electronic filtration?
Count me in.  I want to be part of the new trend.  I want to aim higher than a lame display on an iPhone or a quick hit on Twit.  How about you?
Posted by Kirk Tuck, Photographer/Writer at 07:47

At the risk of wearing out my welcome...thanks for this. I'm old enough, at 74, to have followed this line of thinking since way long ago. In real life I come from a long background in Eastern thought. (I'm a monk of an Eastern order.) I believe the foundation message of the East is of incalculable value for the West today, with its amazing confusion about values. Really, it's very simple. Eastern thought asks the most basic question of all: "What is it that all people are seeking?" The answer that the sages of all cultures, East and West, have arrived at is that we're all looking for greater happiness and freedom from suffering. Proceeding with our investigation, we find that certain actions produce happiness, and others lead us to suffer. And, surprise, it turns out that we're born with five instruments that can take us where we want to go or get us in trouble: body, heart, will, mind, soul. Of these, the middle three are the ones we can really get ahold of: feeling, will, and mind. (The body by itself just sits there, a lump.) And when we use our "tools of happiness" expansively, we find our happiness increasing; conversely, if we use them contractively, we suffer. Expansive actions give us health, love, strength, wisdom, and joy.

Now then, when it comes to photography, my reaction has always been that images that contract my awareness, or that celebrate contractiveness, evoke feelings of betrayal. And images that celebrate expansiveness - in people, nature, animals, grass, whatever - evoke expansive feelings in me and are therefore to be greatly valued. It doesn't mean that the apex of photographic imagery is a little girl playing croquet beneath a sunny sky. Expansive images are real - they can show painful moments, overcome. They can reveal the subtle charm of ugliness (Leonardo's sketches). Stories that expand our hearts invariably have expansive themes. A movie like "What Women Want" shows us people who change and discover more expansive ways of relating to the world - Mel Gibson's character can hear what women are thinking, and by expanding his heart to understand them and help them, he becomes a much better man. Really, we can explore these themes endlessly in the arts. For me, it's been a joy to serve as the main photographer for a school where the kids learn from kindergarten about the secrets of happiness. (Their grades in high school and beyond are amazing.) Okay, I've bloviated enough. Cheers to you, Kirk - your earthy, expansive articles lift my heart.

Kirk, never give a writer an empty box and a keyboard. :) Just wanted to let you know I riffed on this on my sports website, see http://www.joyfulathlete.com.