I am generally uninterested in wide angle lenses. I really like this one. And I love the price! 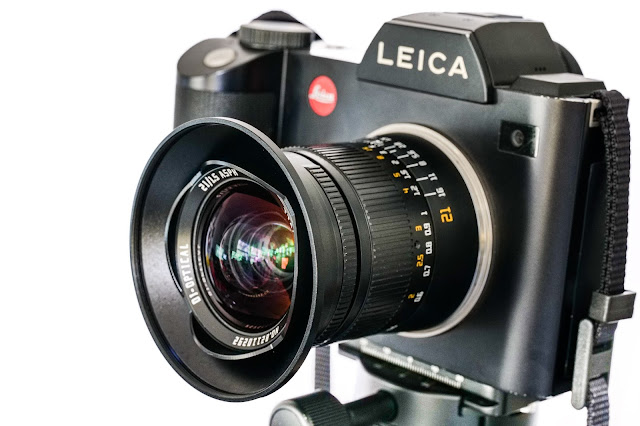 The only reason I'm not a fan of very wide angle lenses (anything wider than 24mm on a 35mm frame) is that I'm just not very good at composing with those angles of view. It's not the lens, it's generally me. There are times when I need a wide angle but I'll try every workaround before I start pulling them out of my camera bag.
I discovered the TTArtisan 21mm f1.5 after having used their remarkably good (especially for the price) 50mm f1.4 in an L mount. That lens reset how I now think about third party lenses coming out of China. Once I got a taste of the great build quality, the ease of use, and the superior image quality I went back for more.
Before I bought the Leica CL I might have passed on the 21mm as an unnecessary addition to the inventory but diving into an APS-C version of Leica cameras changed my perspective. The 21mm becomes something like a 32mm on the CL which is a lot more comfortable for my way of seeing. So, in a sense, all lenses have become "convertible" in my mind. If I put the 21mm lens on the SL2 and use it as intended I get a very wide angle which I'm (slowly) learning to use better. But if I see something that needs a more modest angle of view it's nothing but the touch of a menu item to convert that camera to an APS-C shooter and give myself a nicely behaved 32mm, moderately wide lens. And that's something I can handle with more skill. Making the crop on the SL2 still gives me about 24 megapixels of resolution so I'm generally not giving up much.
I started thinking about digitally convertible lenses when I researched the Leica Q2. It's a 47+ megapixel camera with a fixed 28mm lens. The camera makes it easy to "zoom" by cropping in camera and, at least at 35mm, you do get enough resolution to make the dodge rather seamless. But it still seems like a bit of flawed logic as you move to longer and longer focal lengths, which correspondingly give you less and less resolution.
The convertibility of lenses in the way I'm doing it on the SL2 makes more sense. If I carry only two good, prime lenses with me I have, via the APS-C crop, four very usable focal length options. In the example of the 21mm and 50mm I can end up with: 21mm, 32mm, 50mm and 75mm focal length equivalents. That's pretty sweet. And both lenses are fairly fast; f1.4.
Though the performance of the 21mm is great in the center and good on the edges at the apertures I'll most ly use (f2.0 through 5.6) the fact that the center is sharp and usable at f1.4 bodes well for its use on a cropped frame camera or when used in a cropped mode on a full frame camera. That's because any lowered performance found on the edges is effectively cropped out when the lens is used in APS-C mode. That drives the overall performance of the lens up.
More info about the TTartisan 21mm: The lens is made up of 13 elements in 11 groups. Five of the elements are high refractive glass and there is one aspherical element. The lens is rather small but very dense. And, happily for many, the lens is made in L mount, Canon RF mount, Nikon Z mount and Sony E mount. The front element protrudes from the front of the lens and has a small, vestigial, in-built hood but also comes with a wider hood and a screw on cap for that wider hood.
The aperture ring is click stopped in half stops and, like the 50mm lens, is smooth as sunscreen on wet skin.  My copy is snug in the mount but not overly so. And it's nice to look at. The current price across all mounts is a whopping $239. I think it's a real bargain for people who like to shoot wider than I do. But then I think it's a bargain for just about anyone who needs to go wide from time to time but doesn't want to invest in some Leica or Zeiss glass in order to get there.
What do you give up? Well, you won't be getting autofocus or any communication between camera and lens with this model. Most modern cameras will do just fine getting good exposures in manual mode and in aperture mode. If you can't imagine your photo life without Program mode then this one is not the lens you are looking for. Also, most modern, AF lenses spend part of their time telling the cameras on which they are mounted just how to correct for vignetting and distortion. In actuality I'm assuming many of my much more expensive Sigma zooms and primes have way more distortion and vignetting than does the TTartisan lens but we barely see it because our cameras are doing a lot of the heavy lifting of corner and linear distortion correction.
This lens is already pretty good. You'll just need to head into Lightroom or Photoshop and manually correct for the barrel distortion. 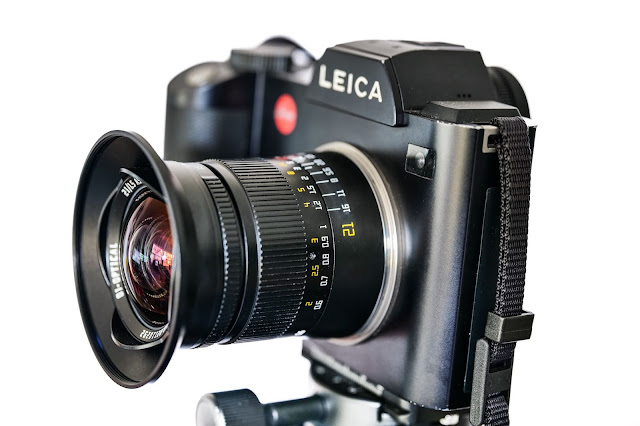 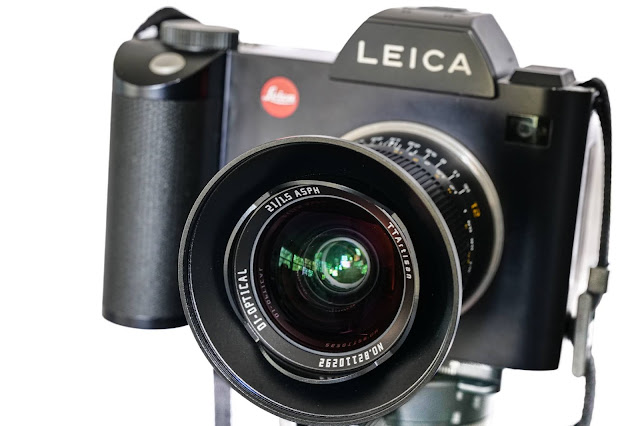 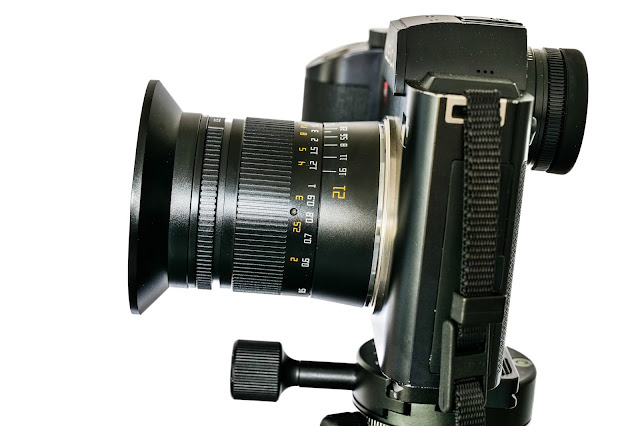 Right now I've got the lens on the Leica CL and my first forays with it are promising. And comfortable. It's the right size for that camera. I remember owning the Sigma 20mm f1.4 Art Series lens a couple of years ago. It was at least three times as heavy, massively large, and vignetted the scenes I shot more than a 1950's wedding photographer vignetted his portraits. I'll gladly shed 75% of the price of the Sigma to get a lens that's better corrected for vignetting (and likely distortions) and is small and pleasant to handle across all sizes of camera  bodies.

The only other thing you might miss is super close focusing. It's not bad by any stretch in that regard, but you aren't going to get as close as you might like.

Monday is my day off. I'm going off to lunch and then I'm going to spend the day being lazy and indulgent. I'm hoping the same for you....