The process of making photographs to illustrate a book. And then repurposing them for other use. 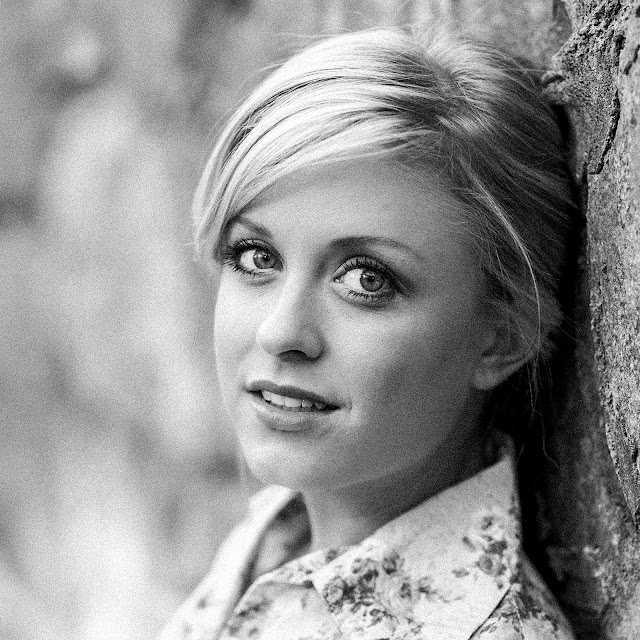 Jana. Illustration from book 5...
It's an interesting process to make a non-fiction book about some aspect of photography and having as your primary audience, other photographers. I think the general public has the idea that writing "how-to" photography books is a very structured and publisher-directed undertaking in which the writer and the photographer (if they are not one and the same) are working to an exacting template from the publishing company. The presumption is that the writer is given a long and detailed outline to follow while the photographer, from the outset, is given a very concise and detailed shot list to fulfill.

In my experience of writing and providing all the photographic content for five such books I've found that this is not the case at all. All five of my projects were more or less self-directed, after getting approval of a very brief, two page outline, and an advance check from the publishing company.

Having always been interested in book writing as a career I had the illusion that I would experience the publishing industry as it's represented in movies and on television shows. I'd submit detailed outlines and perhaps the first few, tentative chapters, and then the publisher's editor would invite me up to NYC for some face to face lunch meetings at which we'd drink martinis, eat fabulous steaks, and I'd get gentle instruction and direction that would improve the quality of my books by leaps and bounds. I imagined that as the process went on the editor and I would engage in a respectful push and shove over my flippant use of grammar or her insistence on including material I thought to be too cliché or remedial.

Judging from the "writer's journey" that I saw in movies we'd have one or two major disagreements and then we (myself and the editor) would have some sort of shared epiphany and find a third way of proceeding that would exceed our wildest hopes and expectations. Of course, absolutely none of this happened on any of the five books.

After a very successful first book the publisher's people would query me about what I might want to do for a second book. I would think hard over the course of one swim practice and decide on subject I thought I could cover well and I'd send over a two page outline and maybe a paragraph or two describing the project in a hopeful and flowery way.

The publisher would respond "yes" or "no" and then, if yes, I'd get a contract to sign which would revisit their requirements. Which were always very loose. Like: "Between 25,000 to 50,000 words. No longer!" And, "should be illustrated with between 100 and 150 photographs, lighting diagrams or other visual content." Not a word about style or content of the images but the presumption that the photographs and captions should reinforce the written words on the pages.

When I started on the first book I called the editor early on to ask if they wanted sample chapter and if they wanted to make sure we were aligned on a single purpose. They politely told me that the book was my own project and they were only interested in "opening the envelope and assessing the book" when I had totally completed the entire project; writing and photographs. At first it seemed rather scary but I soon realized that while being totally responsible for the content that also gave me the freedom to shoot whatever I wanted, cast whoever I wanted, and to shoot in whatever style I wanted to.

My assistant, Amy, and I would discuss the chapter I was working on in the moment and we'd make a quick list of all the different images that we'd like to have on a wish list both for that chapter but also to have as a catalog/resource that would allow me to sprinkle images throughout the book to re-inforce ideas, fill space, etc. Then we'd look for models we wanted to work with. And that's how I found Jana (photo above) and ended up working with her for many photographs in the LED Lighting book.

I saw her photo on one of the online model resources. She was a student at UT at the time. I sent her an e-mail outlining the project and asking if she would be interested in working on it in return for a daily modeling fee. She was interested and I suggested we do a test shoot on a convenient afternoon just to see if we were a good match to work together. She showed up with a friend in tow. A chaperone.

She wanted to make sure this was a safe situation and not some sort of icky scam. That sure made sense to me. But I also made sure that we shot the first tests around downtown and in public just so both of us felt relaxed. We worked well together and I booked Jana to work with Amy and me for a few days in the studio and around the VSL compound. I really liked her energy and additionally booked her for the cover shot.

It's important, for the happiness and efficiency of shoots with models, for the photographer to keep in mind the Boy Scout Promise: (from my own memory and then checked for accuracy at Wikipedia):

First of all, wonderful portrait. Wonderful tonality and grain, composition and light, a beautiful model with a great expression...and it's square! I love squares.

The book writing procedure actually seems rather enjoyable from where I sit. I'm nowhere near knowledgeable enough to write a how-to book on anything photography related but if you had total control over content and process then that sounds terrific. I do disagree somewhat about editing. It is an important part of the writing process and it doesn't necessarily indicate a meandering mind. There has to be the possibility of ideas that present themselves as you proceed and some consideration given to including those ideas that were not part of the original plan. And some days we are better than others. The words and ideas flow more readily. Other days are more laborious. Nothing wrong with revisiting something that was done on an off day if the words suddenly come to you at another time. Planning is important but so is spontaneity.

Black and white strips away the superflous in a portrait: I liked this and the others in your recent blogs.

Just been looking at a portrait of the late,great, Ronnie Spector, taken by Michael Putland in August1974, whilst Ronnie was in London. Probably a 50mm lens, wide open, grainy, contrasty, black and white, but which portrait sums up the artist perfectly.

Not rambling at all, as far as Im concerned. I come for the photography insights, but your discussion of the process for making a book was equally interesting. It's encouraging they give you so much leeway.

I belong to an author's organization called International Thriller Writers. We get together on non-Covid summers in NYC mostly to talk about the process and what's going on with publishing and agents and all that. It's a different world than non-fiction, but I've never heard a single well-known author (and we have most prominent thriller writers as members) say that he/she doesn't revise. For most of us, revision is really when the book gets done. There is one guy (I can't remember who) who says he begins with an outline, and continuously revises the outline until its almost the full book in terms of length, and then just fills it in. But, everybody revises. I personally revise about three times: I lay down a full length novel, and then smooth and smooth and smooth some more. Unlike the case with non-fiction, you're trying to create a world and a dream that takes people out of themselves, that sort of "de-focuses" them and puts them in a different place. A non-fiction book (I've written two) requires focus and attention from the reader, rather than a dream. But, when you create a fictional world, it has to be consistent, as crazy as it might be. When you introduce a character, the readers "see" him, and if you make inconsistent changes in that character, they will see it every time. They will also spot ordinary errors, typos, etc., because those things break the flow of the dream. It's been a long time since I read The Lisbon Portfolio, but frankly, it could have used some revision, and some copy editing. I'm not sure I've got this right, because I can't lay my hands on my copy right now (I've got a couple thousand thriller novels still jumbled together after my last move) but if you check descriptions of Henry White, I think you find a couple different descriptions of him that I tripped over when I read it (maybe his height?) You also did a couple of other things that don't work in thrillers -- too much photography, for example. Readers who pick up a thriller want a flavor of the work, whatever it might be, not a detailed description of a photo shoot. They want to know that a guy is a heavy equipment operator, not how a bulldozer works. Long digressions stop the flow; velocity is critical in thrillers. You also have to understand that a "genre" has conventions, and you violate them at your peril, which you didn't understand. (As the main character, male or female, usually has to be a romantic leading man, even if there's no romance involved.) I enjoyed the Portfolio, read it from beginning to end, thought it was a clever story with potential. In fact, I suspect that if you'd really set your mind to it, you could have made a nice living writing thrillers. I think you got your story in your head, and then sort of blew through it. When I realized I had to get out of newspaper work, I wrote three novels, learning how to do it, before one sold. It's a learning process, and you could have done it, if you'd decided to, but you had other things to do, and that's great. My focus on thriller writing was so total it got me divorced, although we later remarried. I probably read 50-60 thriller novels a year, keeping up with the action, and probably stop reading about that many, because I realize they're not so good. Writing novels is as serious and deep an occupation as serious photography (but no deeper.) And as you've said any number of times, you're still learning about photography, just as I'm still learning about thriller writing. iMHO.

Cool. Thanks for taking the time to share that. Yeah. "Lisbon" really needed a very good editor. And a writer who wasn't overwhelmed with alternate career, kid, etc. But I'm not done yet. Wait till you get your copy of newest one. It's the focus of my total attention. Well, that, the blog, and swimming.

Love your blog, but here you missed one of the twelve, namely 'helpful'.
I had not run that sequence through my mind for many years.
Thanks for the memory.
Here's a link to all twelve: https://scoutsmarts.com/12-scout-law-principles/