Detail of a chair observed on my walk down Lamar Blvd. in Austin, Texas.

A fun and funny encounter at the bookstore. 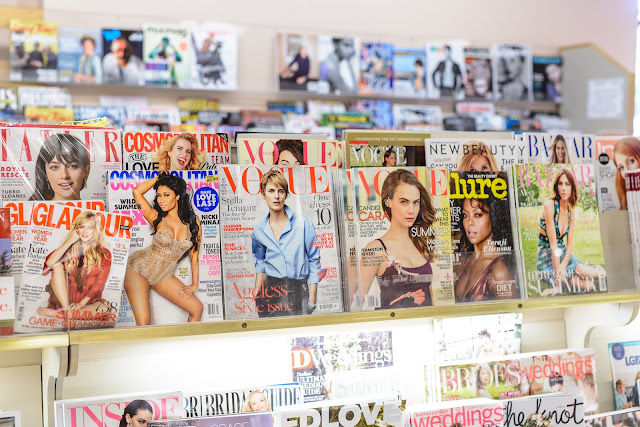 We're lucky here in Austin. We still have a big, thriving, independent bookstore. It's called, "Book People" and it sits right across Sixth Street from the Whole Foods H.Q. I love to shop there because Book People carries a lot of titles and they have an extensive magazine selection. Last week I bought a copy of American Cinematographer Magazine and a copy of Photo District News there, along with a couple boxes of cool, photo-themed greeting cards to send as "thank you" cards for client. I find something new and fun every time I step in the door.

Today I stopped by on my way back to my car from the Graffiti Wall. On quiet Sunday afternoons I like to spend some time looking at all the magazine covers to see what's trending, what's current and what looks frankly passé. I was standing near the photo and design magazines, looking at a photo of Nick Knight on a cover, when I saw a man about my age over my left shoulder. He took at look at the hulking combination of the Nikon D610 and the Sigma 50mm Art lens over said shoulder and, with a nod as a greeting, said, "I used to carry something big like that around but now I'm really enjoying a smaller, lighter Olympus camera." We got to talking and he seemed interested in educating me about the attributes of the smaller system.

I mentioned that I too had several of the Olympus m4:3 cameras and liked them very much. I also mentioned that I had been writing about them for nearly five years on my blog. I identified the blog and the man broke into a smile. "You are Kirk Tuck." He said. I agreed. "Your writing is partly responsible for my migration to Olympus." We spoke for a few more minutes about the relative merits of particular lenses, and a lens acquisition strategy in general, before we shook hands and headed in our different directions.

The encounter may have been a little embarrassing for him but it damn sure made me feel like a rock star. At least for a few minutes. I appreciated being recognized. Nice to know people really do read the blog... 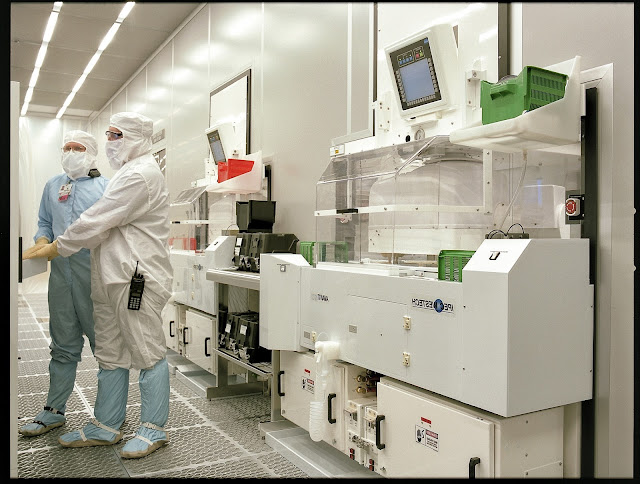 Inside the MOS 13 Clean Room.
Before the turn of the century.
Love the booties....

It's pretty much official that NXP is buying/has bought Freescale Semiconductor. I'm pretty sure that after the "merger" goes through NXP will take over executive operations, rationalize all the collateral and naming under the NXP brand and Freescale, as a brand, will dissolve. It's a bit sad to see for many here in Austin. At one point Motorola, Inc. was one of the largest companies in the world and employed 150,000 people. For one reason or another (or one bad bet after the other) the company is a tiny 12,000 person remnant and long ago spun off the Semiconductor business as a separate entity.

The separated semiconductor business started life as a publicly held company until the Blackstone group, the Carlyle Group and others took them private with nearly $17 billion in dept. Then, because of world economy in 2008-2011 and some changing markets, the company and their investors took some real hits but eventually took the company public again in 2011 with an underperforming IPO.  Now this new merger will take the resulting company in yet another direction.

Why do I care? I could trot out some tech nostalgia. I owned several very good Motorola cellphones (they invented the cellphone). I owned some very good Motorola radios (they kind of invented the portable two way radio, or walkie-talkie). And as a photographer I got to photograph a ton of very interesting stuff, including the first PowerPC chip to come out of the Somerset consortium of Apple, Motorola and IBM. It was the first RISC chip widely used in personal computers and was the bedrock of Apple's mid-era machines.

From the late 1980's through to 2006 I was commissioned to do a huge spectrum of imaging work for the company. I photographed lots of products, including chip dies, chip packages and every manner of pin configuration one could imagine. I also made hundreds of portraits of senior staff across a number of divisions. I was along for the giant conferences and even photographed their educational outreach. One fun day I remember was the event where high school kids were mentored in rocket building (proto-engineering) and we all took dozens of rockets and launched them in the parking lot of Motorola/Freescale's Oakhill location parking lot.

I still get asked from time to time to cover an interview with the reigning CEO or to make portraits of new, key hires but I have a feeling that we'll be starting over from scratch as more and more of the (non-engineering) staff are leaving under their own steam or being shown the door.

As a photographer I grew up with Motorola and then matured in business during the Freescale years. I worked conferences all over the United States and even wrote video scripts and trade show scripts for their marketing and events department. Through the years I came to enjoy the culture. They were (and maybe still are) a company that respected family time and understood the need for balance between personal life and business.

My first assignments for the company were done on 4x5 inch view cameras. Later we progressed to using mostly medium format film cameras and then a smattering of 35mm equipment also became acceptable. Since 2001 everything we've shot for them has been done with my ever changing roster of digital cameras. However the re-naming and reorganization goes down I hope that they are successful both in business and in retaining the best parts of their culture. There are more than enough soul killing corporations out there. I always thought of Motorola, and then Freescale, as one of the good guys...

Interesting how the business landscape changes with cultural change, and the relentless march of technology. You can try to swim for it and get rolled by a rogue wave or you can get up on your board and try to ride the crest. One way or another the waves always come.