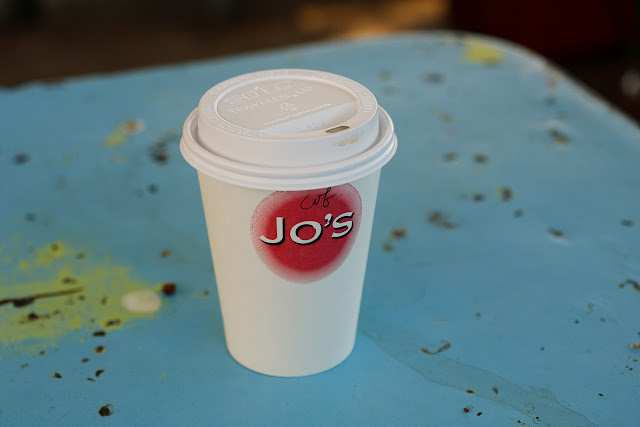 Most things start out sounding pretty fun and sensible when the ideas first rattle around in my brain.  And that's probably what happened on Saturday.  I was in a camera shop and one thing led to another and the next thing I knew I was walking out with a bag that had one Canon 1dmk2 and one Canon 1dmk2N, a couple extra batteries and a charger.  It was the charger that scrambled everything.  The used 2N body I really wanted didn't have a charger while the older model did.  Long story and much bazaar haggling later it all came together as one transaction.
Why the hell did I do that?  Well.....since the sinister dark energy of advertising shoved me and dragged me to the Canon side for pro cameras I've done the nerdiest thing possible and read up about their digital cameras.  In detail.  Engineer/English major detail.  Left handed detail.  And I had the idea that I'd really like to play with the 1D series of cameras.  See if the bodies were as fun and bulletproof as my Canon shooting friends led me to believe.  If I like them I'll keep them and offset the $$$ by consigning my 60D and a few EFS lenses.  At least that's my rationale. But..... 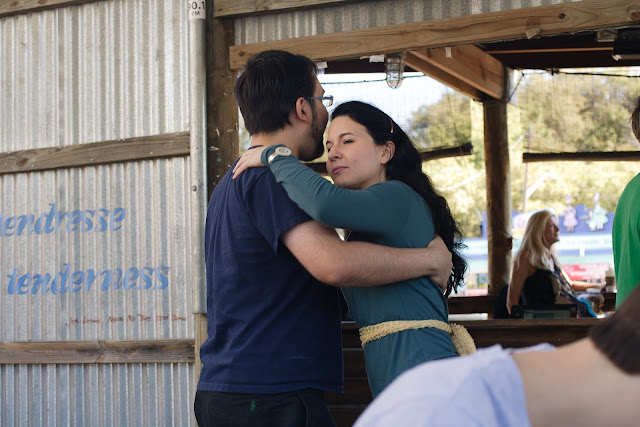 Couple dancing at Jo's Coffee Shop, outdoors in the middle of the afternoon.  Warm weather in Austin can be so romantic.  Especially in the middle of February....
.....Before I could make any pronouncements, use the cameras on paying jobs or talk about them to other people I had to take one out for a spin and get my greasy fingers all over it and abuse it.  Then I had to drag the files back to my little computer and see what transpired.  That's what we're talking about right now.
I knew that the young singer and muscian, Ruby Jane, was giving a concert at Jo's so I headed over with the 2N and the compact 50mm macro 2.5 in hand  I stayed just long enough for a small coffee and an oatmeal cookie....and to take a few shots with the camera.
The screen on the back is primitive even in comparison with $400 cameras in 2011, and it was interesting to take a time travel trip back to 2005's reality.  The screen can't really be counted on for color  or exact tonality but the histogram reads out in all three colors so critical exposure information is still at one's fingertips.
The only way to be stealthy with a camera this big is to be un-stealthy and emanate the idea that what you're doing is routine, non-exceptional and part of the scene.  Within minutes everyone ignored me and went on with real life.
I liked shooting with the 1dmk2n.  It reminds me of one of my favorite Nikon cameras, the D2hs.  They are big and solid and have uranium-like mass.  Great as a platform for lenses but kinda sucky for walking around.  Camera with lens and battery is something like 3.5 pounds. 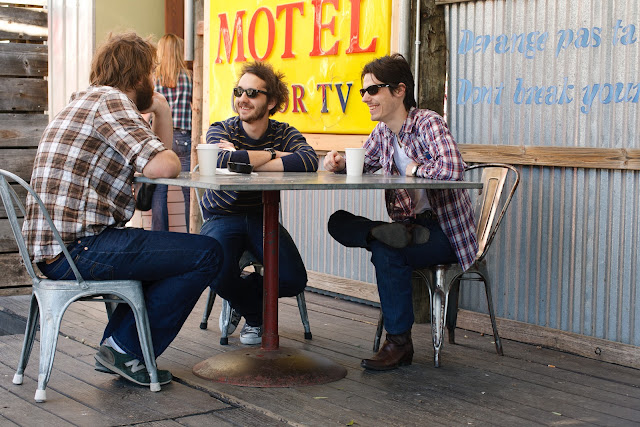 Regular Austin guys hanging out at Jo's on a sunny, mid-70's Sunday afternoon.
While I was shooting the only feedback I had was the screen.  I was right to trust the histogram.  The screen is too bright (I'll adjust that) and I keep having the compulsion to dial in some negative exposure compensation to.....compensate.  But in addition to the histogram I have a platinum level kirkogram that's the result of using manual, non-metered cameras for the last thirty years.  I also know the "sunny sixteen" rule and if there was ever a day when using that knowledge was a slam dunk it was today.  On screen, back in the hallowed halls of the VISUAL SCIENCE LAB headquarters the files look the way they are supposed to look.
But......I'd been slamming around with the Olympus EPL2 for the last month and the jpegs out of that camera were like delicious candy.  I was used to not having to lift a finger to get really pleasing color.  Now, that color wasn't always accurate but very pleasing.  The Canon 1dmk2N, shot in RAW takes a different tack.  It seems to be all about accuracy.  If you shoot in open shade the file WILL have a blue cast.  The color out of camera is less saturated.  The files not quite so finished.
This is counterbalanced by the malleability of the raw files.  They take direction well.  Want more vibrance or saturation?  Dial it in during "post" and you'll get the look you want.  Dial in sophisticated sharpening and noise reduction and you're at least on par, at 1600 ISO, with the files you'll get out of a 7D at the same setting. 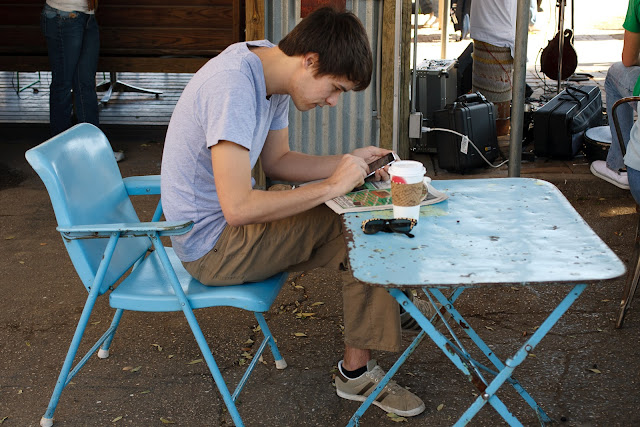 Austinite at Jo's sitting ten feet from the live music texting with intense concentration.
When it comes to the stuff the camera is supposed to do well it really does. The two things I was expecting were great AF and fast frame rate.  After 30 seconds of playing with the 8.5 fps I set the camera in single frame and got on with my life.  As for AF, set in my default (center sensor, lock and hold) it snapped to attention with the first pressure on the shutter button and locked focus so fast I didn't even know what I wanted to focus on. 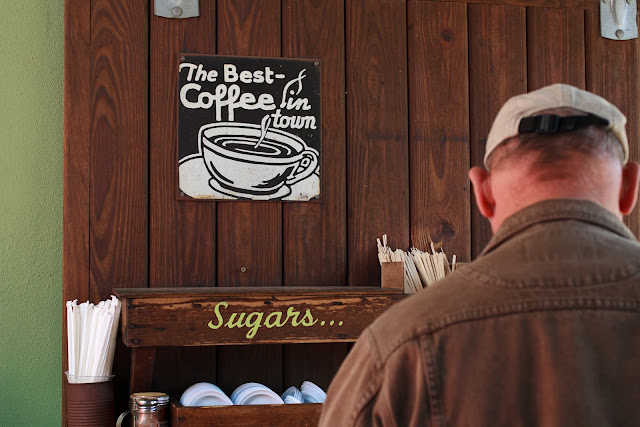 The camera is an odd mix of Sumo wrestler and ballerina.  It's thuggishly hardened but also fast and graceful.  I don't plan on slamming it around.  I'm not very brutal with my gear and never have been. But it does feel nicely sturdy.
The real performance testing will be at a dress rehearsal for Zach Scott that I'm shooting on Tues. night.  I haven't quite decided on all my gear but I'll take these two new (used) cameras with me along with the 35mm f2 and the 85mm 1.8.  I'll probably add a 135mm just for grins.  Even with a 1.3X magnification of angle of view (in comparison with a full frame camera) I won't need anything shorter than the 35.  That's pretty much a sure thing.  I may bring along a 70-200 just to make sure.  I hope I can shoot everything with primes.  Will 8 megapixels be enough?  Well, we used to do it with 4 megapixels and we've got walls of 16 by 20 color prints and posters from those files hanging around the Theater.  I think with 8 megapixels of really big, fat, high quality pixel power we'll be just fine. 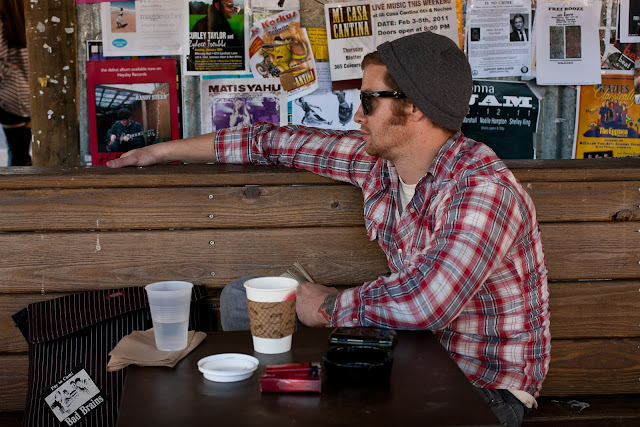 So, why the retro insanity?  If you're new to this blog you are probably bewildered.  If you've been here for a while you know that I love the cliche:  "Variety is the spice of life."  I also am of the belief that cameras from only five years ago are much better performers that our benevolent overlords at Canon and Nikon would have us believe.  They, and DPReview, have a vested interest in getting us to turn over gear as quickly as possible.  When I read the DPReview of the 1Dmk2 from late 2004 they bandied about the phrase: "Is this the best digital camera in the world?"  They thought it might be.  Could things have really changed so profoundly since then? 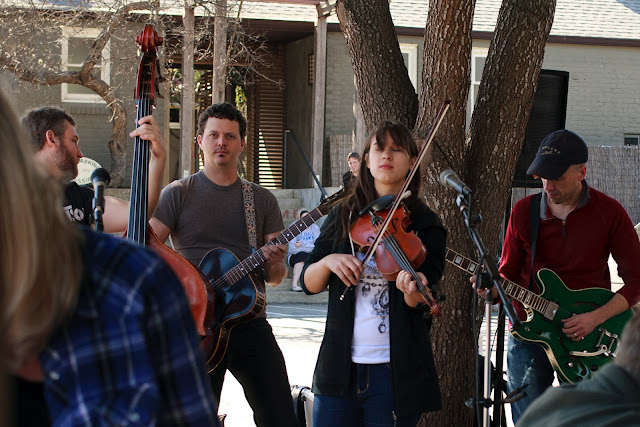 Yes.  It's true.  Files have gotten much bigger.  Now the 5Dmk2 I've been shooting with for the past year has 21 megapixels to choose from.  And yes, the screens on the backs are getting so, so much better and more accurate.  And if you must shoot at ISO XXXXX I'll have to admit progress has been made.
But not much has changed since 2005 to create demand for these new powers.  Most of us are still shooting ultimately for website and blog use.  Most print use is for smaller sizes or on crappy, uncoated or budget matte paper.  And I still own studio lights that allow me to pick and choose the best ISO for the job at hand.  At about $600 a body these two cameras together, with batteries set me back just a tad more than the 60D I bought a few months ago.  And I'm convinced that, for 90% of what you and I do they are still as "earth shattering" as the day DPReview got weak in the knees just talking about them. 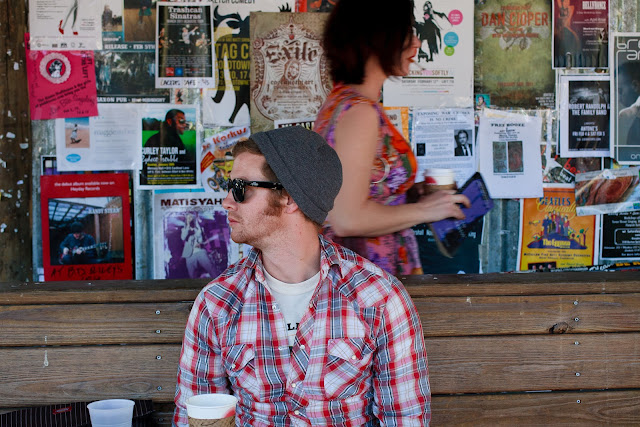 But the bottom line is that it's really just about showing up.  Being where the pictures are.  Capturing them in your style and with your taste and insight.  These gear asides are fun because we can all talk somewhat objectively about stuff that can be measured.  But really, using them is what's important. 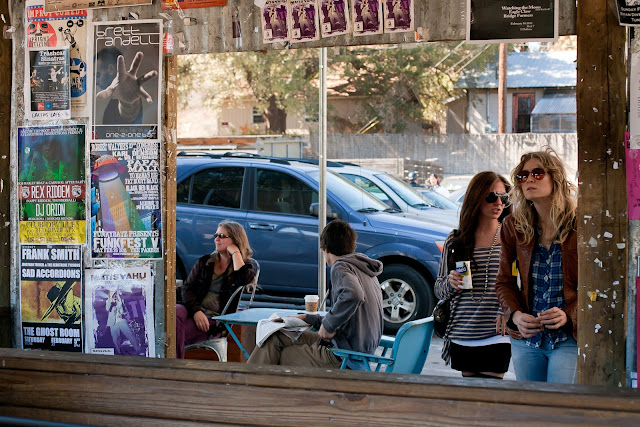 I sure hope no one out there mis-interprets this blog and starts a run on the used DSLR market.  At least not until after I've got my hands on a mint 1DS and a 1DSmk2.  I'm sure I'll find one of each for less than the price of a discount 5D2.  I've got my eyes open.  What do you expect from a guy who still shoots with a Kodak DCS 760 from time to time? 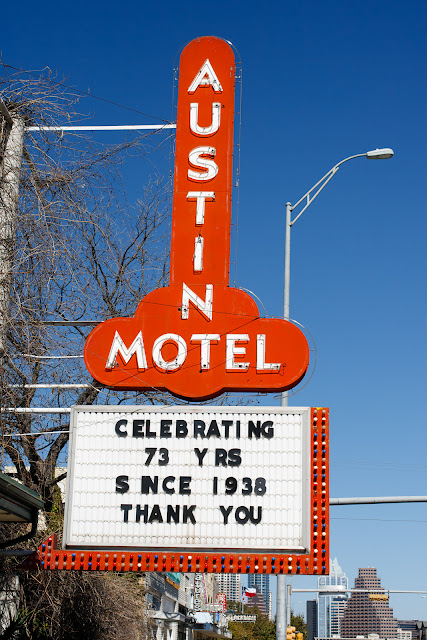 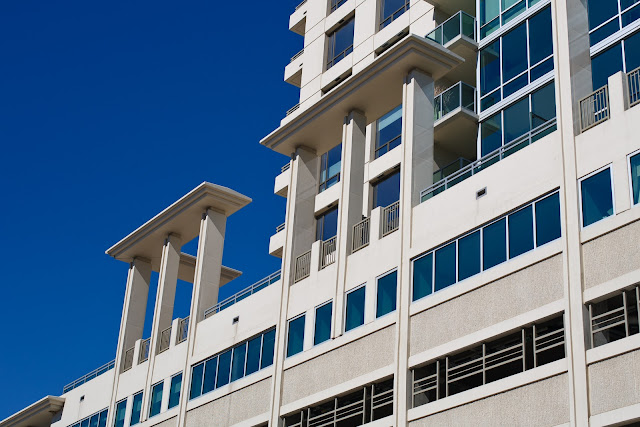 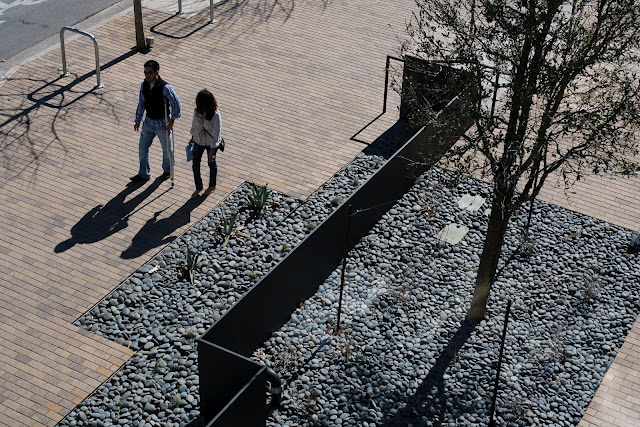 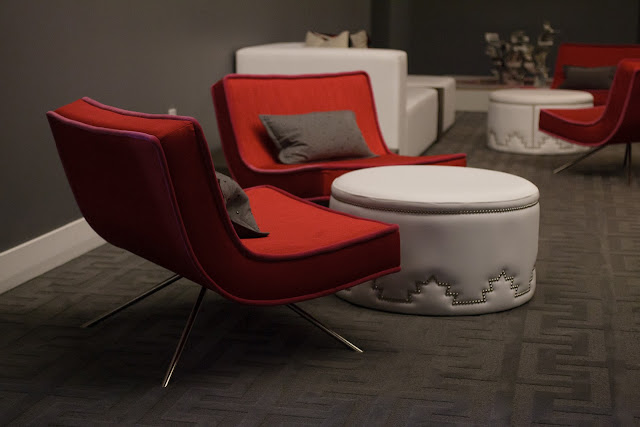 I shot this furniture at the W Hotel this afternoon.  I want to see how the noise was at ISO 1600.  With the white leather ottoman and the shadow under the close chair I've got a full range of tones to look at.  My take?  Very granular noise patterns and very homogenous in both highlights and shadows.  Better than my old Nikon D2X at 400 ISO and it was a contemporary. 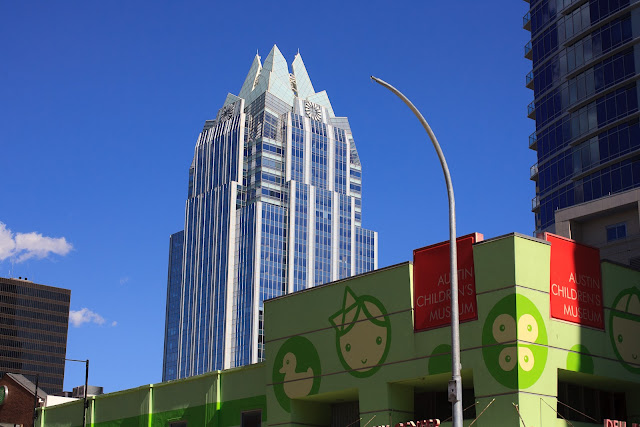 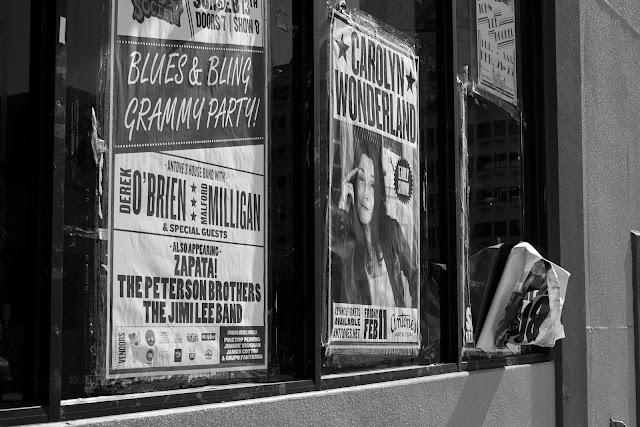 The biggest revelation to me today is how much I like the performance of the Compact 50mm Macro 2.5.  It's sharp and tasty.  From f4-f16 the performance is flawless on these old, old bodies.  And wide open it beats the pants off the "nifty fifty" and the 50mm 1.4 at the same f2.5 to f4 apertures.  It's my true "L" series 50mm lens and I'm proud to have bought a used one for a paltry $125. 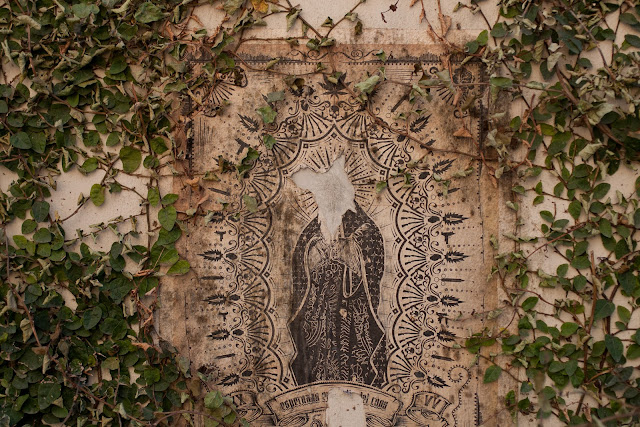 If I were still a Nikon shooter I'd be putting my nose in the air and talking about how much better my D3 was than anything else in its range.....but at the same time I'd be scrounging around looking for a couple of older D2h's or D2hs's because those things rocked.  I still like em better than all the stuff that came in between.  And they are now officially (via the sanction of The Visual Science Lab) collectibles.
One blog delivered under a super tight deadline.  Super Bowl starts in 15 minutes.  I mute during the game and the boy and I joke about how odd football is but we're riveted to the commercials and to the chips and dips.........Go Jets.  GOAL!!!!!
Posted by Kirk Tuck, Photographer/Writer at 17:16 23 comments: Links to this post