My long overdue review of the Sony a99. 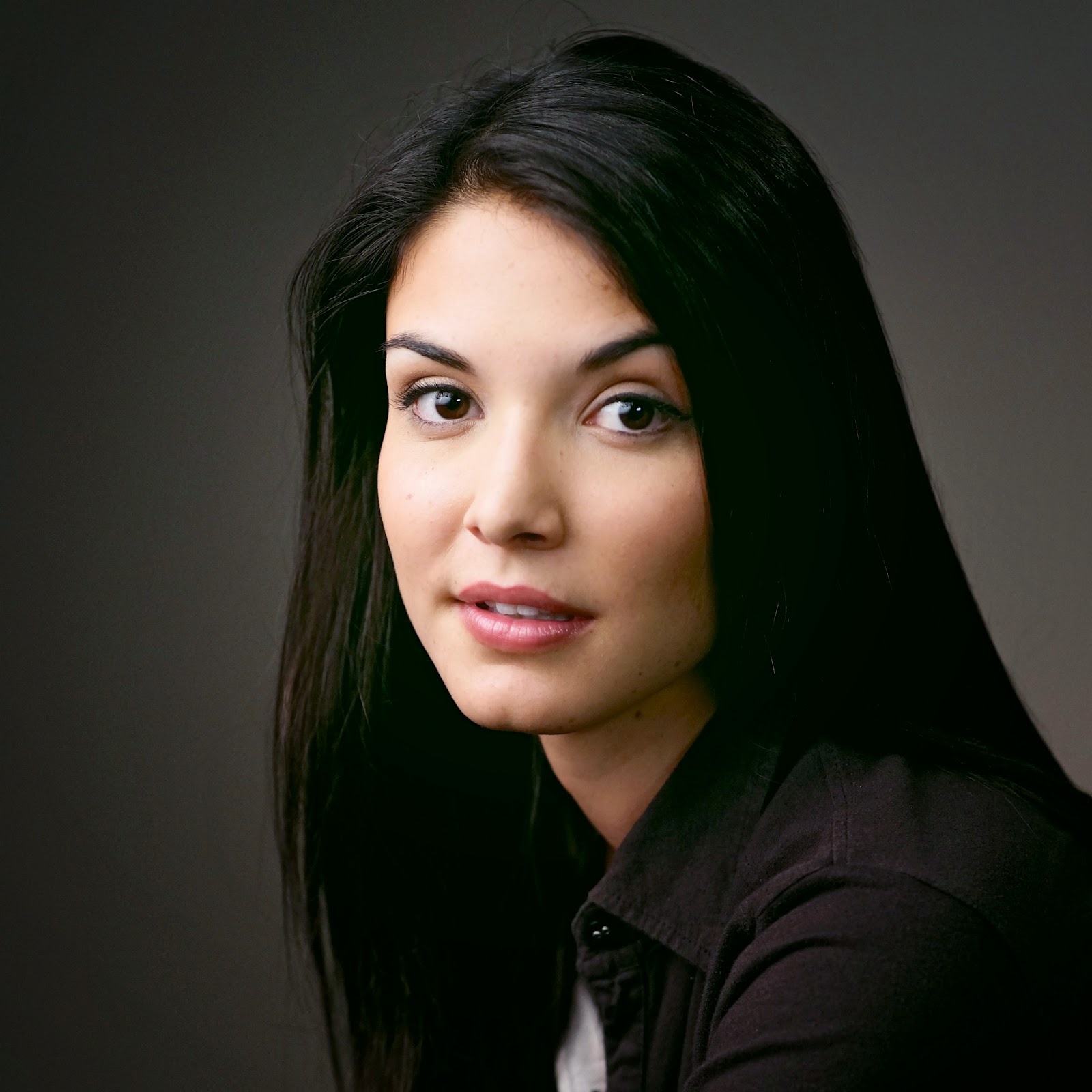 It's got a 24 megapixel sensor. It focuses native Sony lenses very quickly. The colors it generates are good. The dynamic range is super groovy. It's fun to handle. It's got lots of nice bells and whistles for video. It's full frame and weather resistant. It has an EVF instead of an OVF. I've had one since the Fall of 2012 and I haven't wanted to get rid of it yet. It's got focus peaking for optimal use with manual focus lenses like the Rokinon 85 and 35 1.5 Cine lens. Everything works just like it's supposed to. If I forget about the nuts and bolts and use it in the same fashion I've used all my other cameras throughout time it helps me make images that are technically good. Sadly, it does not provide inspiration, insight, warmth, context or vision. We have to add those to the mix ourselves.

That's the review. Would I buy it again? If I owned lots of Sony lenses and was upgrading from a previous Sony camera? You bet. Would I do it again, right now, if I had a fat wallet and a totally empty camera bag? Probably not. I think I'd just snag a Pentax 645D and a couple of good lenses and be done with it. All subjective information is subject to change.....

Image above done with a Sony a99 for my class on Studio Portraits for Craftsy.com. Go poke around at Craftsy and see what they offer in the field of photography. And baking. And food. And while you are there check out the trailers for my three courses. One of them is absolutely free.

Posted by Kirk, Photographer/Writer at 19:16 3 comments:

Surface Tension or just magic? I'm glad someone is showing off. 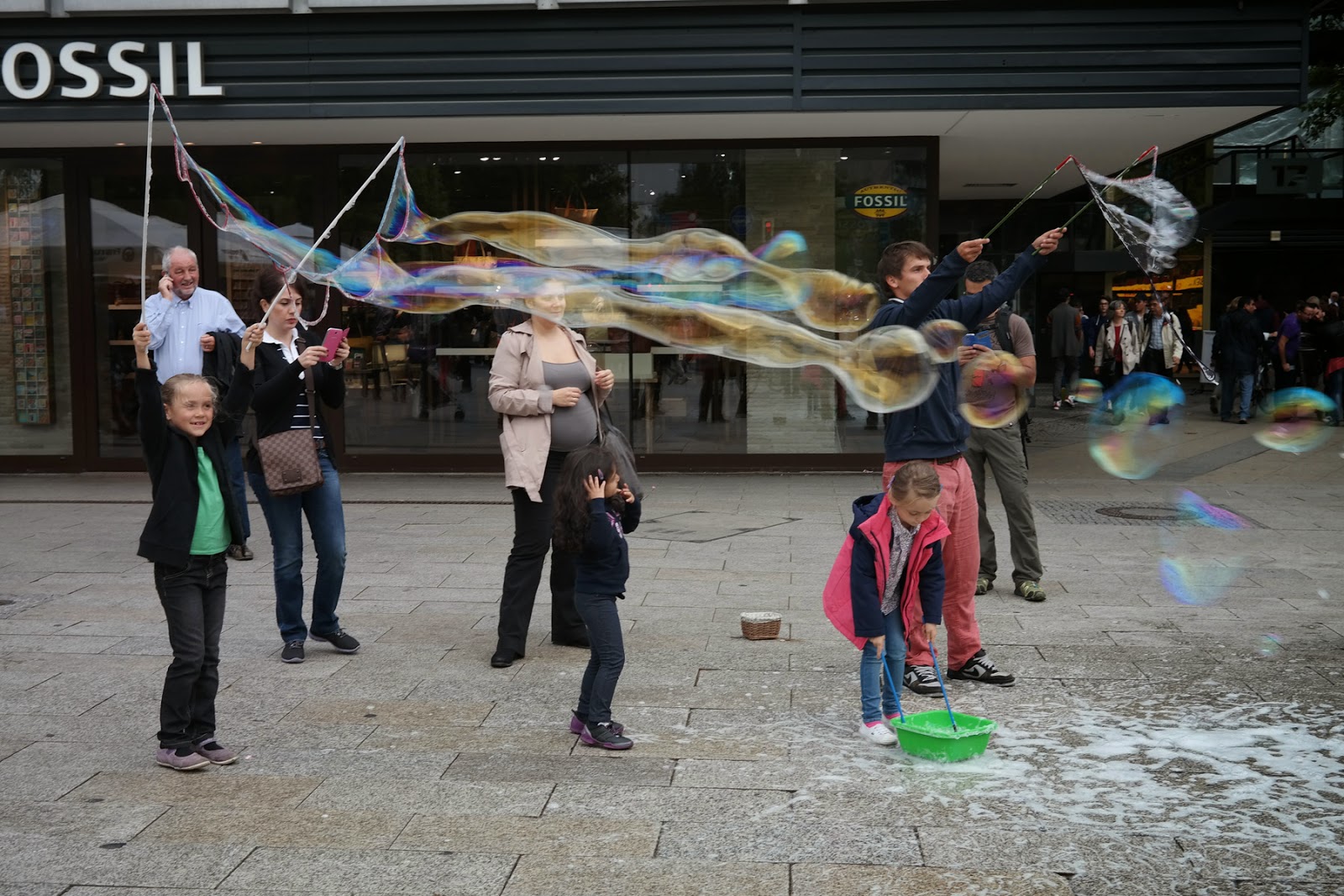 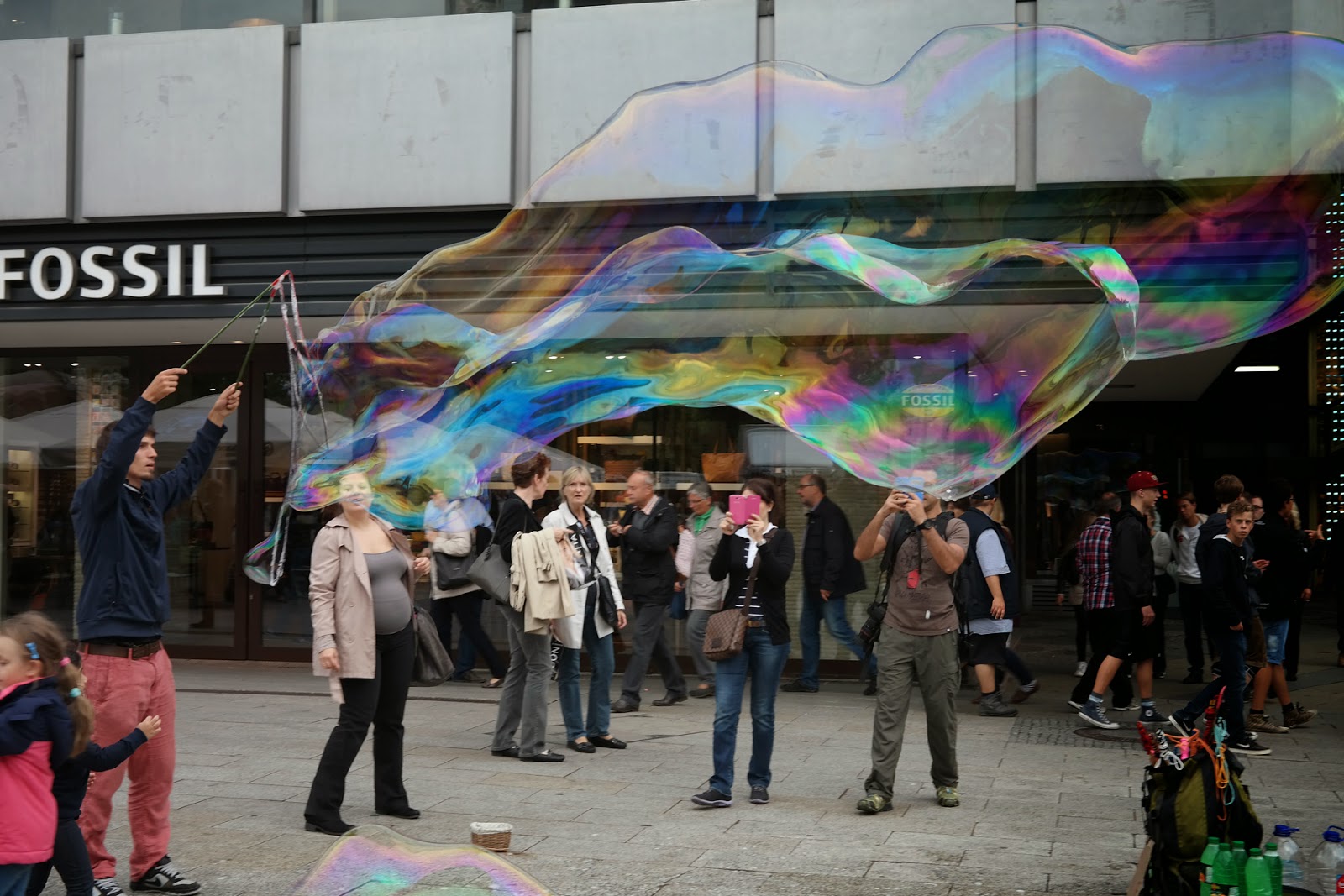 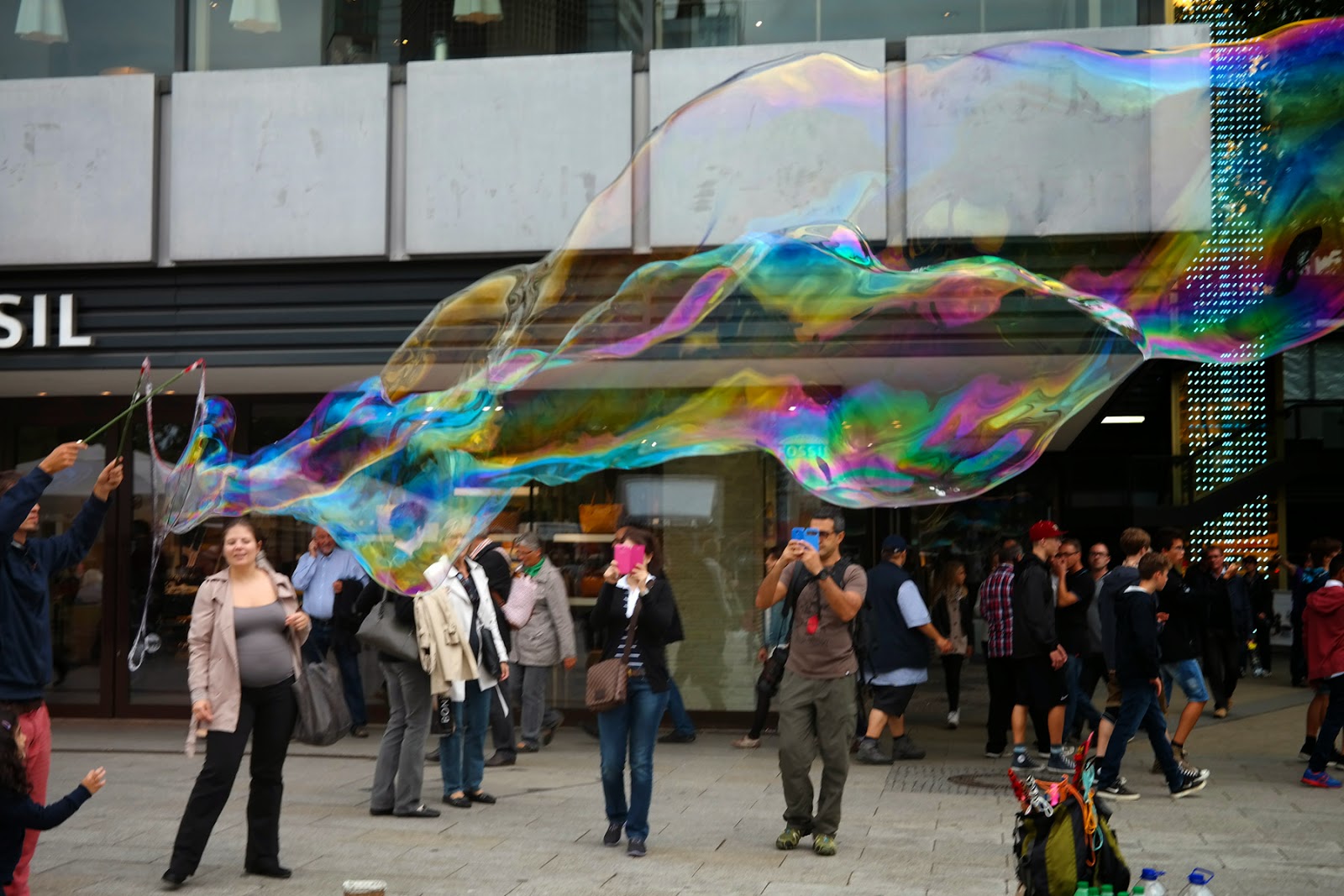 From a series of bubble photographs I took in Berlin last year.

I've been wondering about something and I'm not sure there is an answer but I'm working on at least getting the question right. It's about video. But it's also about the New Dcoumentarians and it's about snap shots and Martin Parr and Henri Cartier Bresson. Here goes: How do you make wonderful small videos that feel like the images that we who love documentary photography grew up admiring and savoring?

I look at the images above and I remember the warm day, the bright colors of the giant bubbles, the excitement of the kids as they played with the bubble magic and the general feeling of the moment. Short of making a pretentious three minute documentary about bubbles, why haven't we invented the video "snapshot" or the video "street photography" that so captivates us in the other media?

I'm not sure that every video needs to tell a story as much as some might just need to evoke a feeling. Have I missed a genre? Is my education sporting a blank spot in the artistic motion category or is this something that we need to get inventing?

There are so many times during the day that I want to capture a complete moment; whether it's the arch of an expression, a quick kiss on a cheek, the way someone moves through space or even the interplay of wind and fashion in the streets. How do we do this and how do we create a market for it?
I'm serious. I really want to know. Is all video condemned to be a linear story (even if it is sequenced out of linear time)? Does there have to be a beginning, middle and end? Can there be a short moment that's just right like the opening notes of A Stairway to Heaven?

It's a new interest of mine and if you have something to share about it don't be shy about commenting at length....
Posted by Kirk, Photographer/Writer at 19:00 20 comments:

Spending time indoors today. Working on some old files I didn't pay enough attention to and writing the blog. 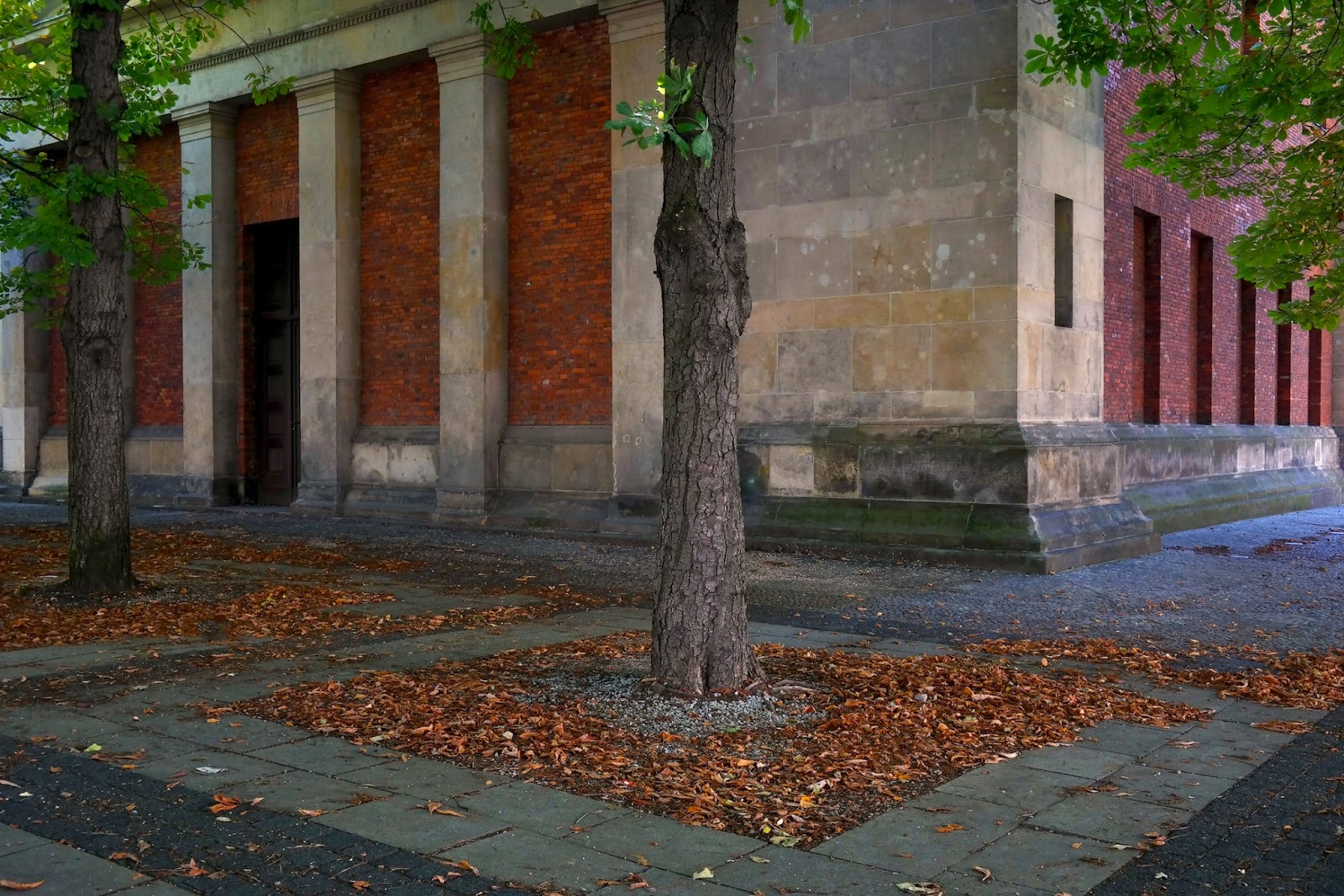 The rear of a building somewhere in Berlin.

It's been a cold, wet, blustery day in Austin. I've been cooped up in a conference room for half the week and crunched up in front of a computer for the other half and bad weather or not I decided to take a couple hours this morning and go for a walk downtown. The city is gearing up for the annual celebration of hip-ism and cultural smugness that we've come to know as SXSW (South by Southwest). I thought we just had the two weeks of it that combines Interactive, Cinema and then Music but I misjudged the show's overall ability to metastasize and continue growing and, of course I left out the newest added week, the SXSW Education conference. Yes, it starts tomorrow.

I carried around a big, black umbrella today. I held it in my left hand and swiveled it into an ever-changing compromise between the rake of the wind and the rain and good forward visibility. In my right hand I grasped the Sony a850 and it's partner, the Sigma 50mm 1.4. I tried for a while to keep water drops off the combination but eventually I gave up and focused most of my attention on keeping the umbrella from dramatically inverting every time I stepped into a new slip stream between large buildings.

It was nice to get out and walk but I was happy to come back to the studio and settle back in. I fired up the magic imaging box and went looking for the images I'd shot last year in Berlin. I remembered that I'd shot a few good ones and I knew that I set them aside and temporarily lost track of that train of thought. I was on a vague mission of rediscovery today.

The image above was one of those quiet images that sneaks up on me. I turned a corner and came to this quiet place in the middle of a bustling city and the quiet of the shadow side of this building made me stop and savor the intimate isolation. It felt almost like I was waiting on a rendezvous with a beautiful woman. There was a shimmer to the space that I couldn't explain. I tried to make an interesting image and pull in some of the feeling of amorphous anticipation that kept me company.

I love the blue of daylight peaking around the right corner and the soft green saturation on the top left corner from the light filtering through wings of green leaves. Diamonds and diagonals. Rich colors and muted colors. It's puzzle and a blend.

I was using the Samsung Galaxy NX camera I had on loan from Samsung, along with the little 30mm lens. It was a pre-production camera and it brought along its own idiosyncrasies but it was there in my hand at the moment and I used it as well as I could.

There is something so wonderful about wandering without agenda or angst through a city you've never been in before. There is a sense of anticipation and an ampleness of images that swirl by as you walk along that makes me feel as though I'll never run out of things at which to point my camera.

So, a normal lens and an incomplete camera...maybe that's exactly what I needed in my hands to stop and take this image. Funny. I never thought about it that way before.
Posted by Kirk, Photographer/Writer at 18:23 3 comments: