Don't eat all that candy, it will spoil your appetite for dinner... 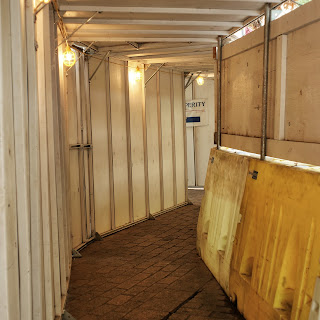 some stuff gets shot not because it's interesting but because you have a camera in your hand, you are there, and you feel as though you might as well get something --- just in case there's nothing better around the bend. Filling up on junk, metaphorically.

When I was in Iceland ten days ago I noticed a pattern among photographers from everywhere. They would arrive at a destination and immediately begin photographing whatever was in front of them. The more technically skilled they were the more they tried to squeeze something "profound" and "artsy" out of each thing they came across. There seemed to be a fear that they'd miss something if they didn't turn over every leaf and document each pile of rocks. But the reality is that all of us were "time-limited" in one way or another. Either we had to compromise to meet the schedule parameters of a group tour or we had to fight against fading light and physical fatigue. But the reality is that there were generally one or two significant visual subjects that really merited a closer look and a longer engagement.

If a cool waterfall was 800 yards from the bus park one would find photographers strewn along the pathway to the waterfall or scenic overlook, diligently searching for a chance reflection in a pool of water, an "interesting" growth of moss on the side of a rock, or another wide shot that showed everything and nothing (see image just below). Of course, I am as guilty as everyone else, I just tend to be faster at identifying something (anything) that might be an acceptable photo and making short work of the process. It's a rare photo that can't be made to "seem" better than it was by some judicious post processing...

But on rare occasions, when I had my wits about me and had come to the realization that I'd just tried to make an overflowing trash can look like great art, I would hew to a tried and true methodology of photographic discovery which is this:

Arrive on site and take a deep breath. Get set in your mind what brought you to the site in the first place. What is the real treasure that your tourist soul seeks in this particular engagement? What did you really drive or ride all this way to see? What is the "important" shot. Generally, the thing you seek is furthest from your arrival point. If you aren't clear on your objective you'll likely get sidetracked and arrive at the true destination with only minutes to spare and then you'll rush through the process of getting an acceptable photograph.

Better to set a good pace, keep the lens cap on and make your way straight to the "alpha" subject. Use all your time to get something you can be proud of at the "peak" of the attraction. Then, with your primary goal well met you can go back along the trail, stopping to photograph the things that caught your eyes as you made your way to the "good stuff."

When we sequence a commercial job we try to schedule our most important shots of the day at the very first of the day and work along toward the least important shots. This ensures that we're not rushed on the important "money" shots, but if we do our jobs well (while we are fresh) we'll end up having more than enough time to get the lesser shots. If you do it in reverse you'll find yourself trying to "perfect" shots that most likely will end up on the cutting room floor (that's a film era reference but it means you'll end up deleting a lot of crap in the post processing).  Get the monster shot first. Hike to the top of the waterfall first; get the accent shots on your easy descent.

There are so many reasons that this makes sense. First, spending lots of time trying to get a banal shot morphed into something vaguely interesting robs you of the time and energy to apply your talents to scenes with much more potential and appeal. Secondly, it's just a reality of time management. If you have limited time you absolutely have to prioritize. And, finally, you know that editing through all those images takes lots and lots of time. Seeing thousands and thousands of images dilutes your enthusiasm and your honed ability to separate wheat from chaff; selfie from portrait; landscape from snapshot.

Better to have the discipline to keep your lens cap on and search for the good stuff than to promiscuously shoot 10,000+  in the course of a week and then spend another week looking for the pony buried somewhere in the pile of droppings.

This is a lesson I have to keep learning. I'm not anywhere near as disciplined as I could be about what gets shot and what gets passed by but I know there are some subjects that will never have real value to me even if I push the clarity slider to 110 and add saturation like crazy. Those subjects are just time and energy wasters and it's our battle (mine included) to fight against shooting everything that appears in front of us. We'll inevitably run out of time. It's the only thing that's certain. 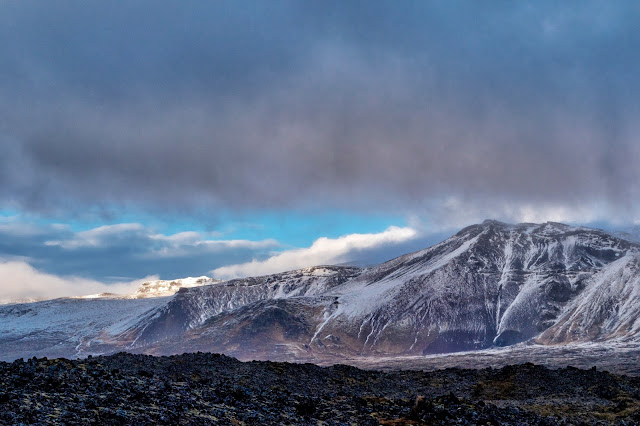 VSL reader and ace landscape photographer, Tom Judd, interpreted the photo I posted above. His version is just below. There are things I like about each. I'm curious how other VSL readers see it. Let me know in the comments (added in the afternoon). 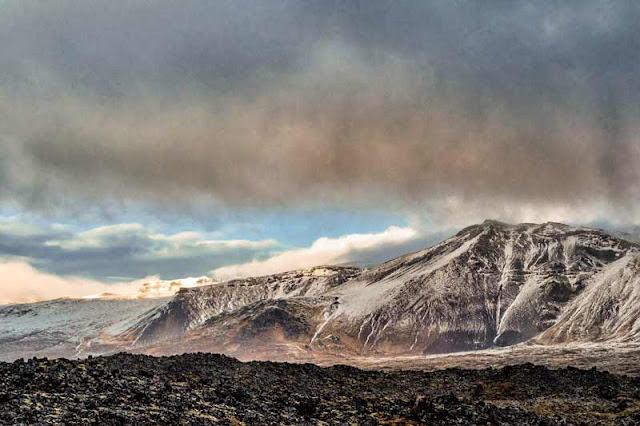 Posted by Kirk, Photographer/Writer at 09:41 16 comments: