Designing the perfect lens for me. Balancing needs and wants. 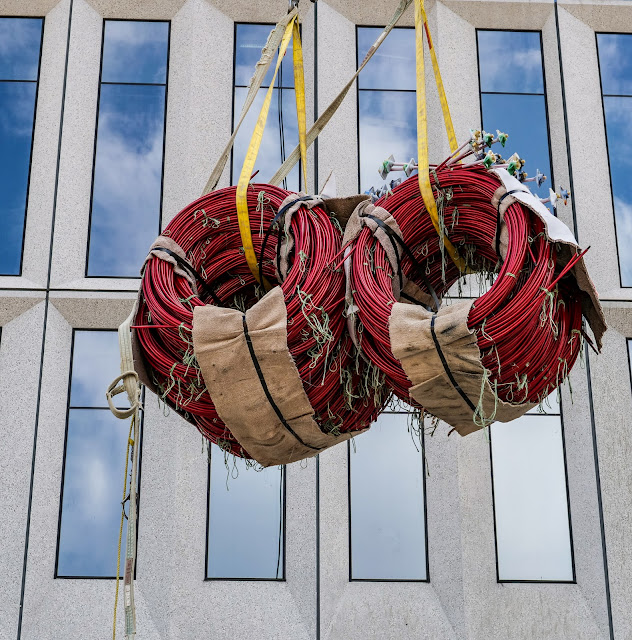 Photo review sites spend way too much virtual ink describing, reviewing and deliberating about camera bodies. They spend too little time discussing lenses, and that's too bad because most good photographers think lenses are where the magic is. I remember back when Modern Photography Magazine was still published. It was generally a big deal when a camera got reviewed; especially since new camera body models were rushed to the market far, far less often than they are today. What the magazines concentrated on instead was the reviewing of several, or a handful, of popular lenses along with one or two speciality lenses thrown in just for good measure. Nearly every month.

Instead of comparing the Nikon Z7 to the Sony A7r4 camera bodies I'd love to see a side-by-side comparison and in-depth review of each maker's "holy trinity" of zoom lenses (14-24, 24-70, 70-200) to see where the whole system stands, not just the naked body. Perhaps a comparative overview of all the different macro lenses on the market. How about a toe-to-toe exploration of zooms in the 100-400mm focal length ranges? And with all the new and pricey 50mm lenses coming out maybe we could see a nice comparison there.

Just one of the many problems with this idea is that most reviewers are very ham-fisted about how they measure stuff and I'd hate to see a lens with beautiful characteristics get denigrated because its corner sharpness was a few lines per millimeter less than a crappier lens that has a flatter focus field and maybe slightly faster focus acquisition. I'd always like more data than just easy to understand, cookie cutter data.

One area of lens evaluation that Roger Cicala at Lensrentals.com has brought to light is that, because of the complexity of new lens design and the equal complexity of the manufacturing processes involved in assembling modern lenses, there is a lot of sample variation even among identical models of lenses. Centering of the elements is a big issue as is calibration of the overall optical system. Any really meaningful evaluation of lens performance should probably included testing at least three samples of each model.... That's a ton of work and much harder than just deciding that one likes to have cameras with panorama modes or that one doesn't like cameras that can't process their own raw files. As if those "features" matter to any of us...

It's also clear that when popular sites do get around to reviewing lenses they tend to always do the reviews about big fast zooms and almost totally disregard really stellar single focal length lenses, unless such a lens comes with such a high price tag that the price becomes good click bait news.

So, here is a suggestion to the big review sites: Review some lenses! Review some that aren't extreme wide angle zooms, or boring but fast 24-70s, or endless iterations of the 70-200mm models. Review some portrait primes. Review some normal focal length lenses that are price-accessible for the average camera buyer. Review some slower, standard zooms. But don't just stop with lines per millimeter measurements. Try your best educate your reviewers to understand that different kinds of sharpness profiles and rendering characteristics can also be good and interesting in real world use.

For years Leica designed lenses for high center sharpness and acutance, and the trade off was lower performance in the corners. Not lenses that measured "well" across the frame but lenses that were loved and in demand by some of the world's most discriminating lens users. Currently, lens designers are trying to make reviewers happy by giving all of us lenses that have the same sharpness characteristics across the frame. The lens makers generally have two choices in the design process: they can make the lens equally sharp across the frame but at a lower overall level of sharpness than the numbers they could get from a lens that had its highest sharpness in the center and allowed the corners to degrade, or.... they could make the lenses equally sharp, across the frame, but only by making the overall lens enormous, costly and very heavy. (Hello Zeiss Otus. Hello Sigma 50mm ART).

I recently bought a lens that is a counterpoint to what I consider the blunt hammer of current lens design and marketing. It's a small lens made for the L-mount system. It's a normal focal length (45mm) but it's slow, relatively speaking, as it only opens up to f2.8. It's also a bit unusual in that it isn't necessarily blindingly sharp across the frame when used wide open. The center is pretty much perfect but sharpness falls off towards the edges and corners. It's a really nice look if you have something interesting in the middle areas of the frame and want sharpness to fall off a bit at the edges. Stop it down to f4.0 and it's nicely sharp across the frame. Stop it down to f5.6 and it's perfect.

But it's also small, light, well built, and one of the few lenses made for the L mount system that's under $1,000.

So, as I mentioned in the title I'd like to design the "big picture" parameters of a lens that's personalized for me; for the way I most often use my favorite lenses. This isn't to suggest that you'll want anything even close to this for your own use. This is just my pipe dream....

I'll start with focal lengths and I am defaulting to a zoom lens. I want something that starts at 40mm and tops out at 110mm. According to the metrics from various Kirk Catalogs of images this is the range I use for 90% of my day-to-day, having fun, imaging. If I want something wider I can bring along a discrete 24mm or 20mm. If I want something longer for a particular I can be like everyone else and default to a 70-200mm zoom instead.

By limiting the focal length range I think a good lens design team could design these focal lengths into a decently small package even though I would want a constant aperture f2.8 for my zoom. But they needn't give me something that's super sharp even into the edges, wide open. I'd be happy with a lens that consistently delivers a very sharp image in the central 2/3rds of the frame and then delivers average or adequate results in the corners. The corners and center definitely don't have to match!

I also don't really care if the lens has absolutely zero distortion. As long as what distortion there is can be corrected with mild measures, by software, in post production. This would keep the size and weight manageable while still providing me with a performance profile that would work well for my usage.

I want a real manual focus setting ring, delivered via the pull back clutch mechanism that Olympus has on their 12-100mm Pro and their 35-100mm f2.8 Pro lens. It's nice to know exactly where infinity and also the closest focusing point is on my lens. This is also something that the L-Mount Panasonic 70-200mm has...which moves me to consider that lens as a potential buy too.

The lens I'm describing would be for full frame cameras but you can shrink the focal lengths proportionally and offer it as an APS-C lens with a max aperture of f2.2 or in micro four thirds (shrunk once again...) with a maximum aperture of f2.0. Olympus was on the right track back in the pre-micro days with their two fast zooms for the 4:3 system. The 12-35mm f2.0 and the 35-100mm f2.0. The later was way too heavy and big but it was a killer optic. The 12-35mm was just about perfect. ...

So, the 40-110mm f2.8 Kirk-O-Flex lens has now been described in detail. I just need to sit back and wait for Sigma or Panasonic to make me one. You can have one too. I hope they make lots of them.

If you could design a personal lens, just for your own use, not considering whether it would be widely sellable, what would it look like and what would it do? Just curious how far off the mainstream I might be.....

Posted by Kirk, Photographer/Writer at 11:47 24 comments: