Portraits versus "Headshots." Images made expressly for commercial and social media consumption versus portraits made for more thoughtful consumption. 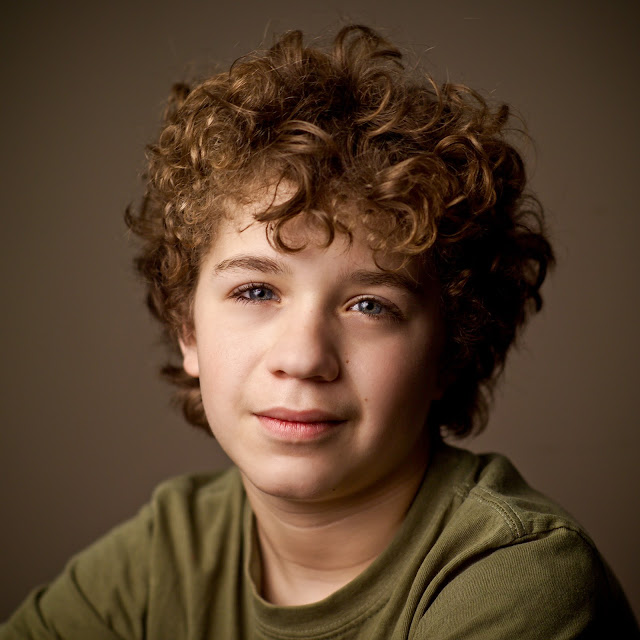 I had an interesting week last week. Over the course of three days, in a temporary studio "constructed" on location, I made headshots of 85+ people. Some of the engagements were hurried. At times people were waiting in a line to get in front of the gray, seamless background where they would flash their best smiles and try for a good image to put up on LinkedIn or Facebook. Some encounters were more leisurely with people coming at random times while their business comrades were huddled together in break-out sessions and seminars.

When time permitted we could make finer adjustments to the lighting and spend more time in conversations meant to put the subject at ease and reveal some side of them that would make for a more pleasing headshot. But, in my mind, a factory approach to portraiture never renders more than a headshot. Only with great luck will one pull from quick, almost fixed light, sessions like these anything that approaches what I think of as a portrait. It's the not necessarily just the lack of time that limits the final quality or depth of the image but the intention to make so many consistent headshots in a set way; and in a set time.

During the busy periods the routine went something like this: I would be at the camera position holding my tethered GH5 with a 12-100mm lens on it. (This was a departure for me as previously I tended to always shoot from a tripod. But with a line of people, some tall, some short, some with glasses, shooting handheld meant I could more quickly line up a composition and position the subject in the frame with a measure of consistency and adaptability).  I was using a Phottix 48 inch Octobox as my main light and a 48 inch, white umbrella as my active fill light. It was a simple lighting set up mandated by our lack of space and need for a lighting scheme that was instantly adaptable, at least enough to suit all kinds of people. I could vary the lighting ratio by increasing or decreasing my fill light. I could move a light a bit to the left or right to get rid of reflections or enhance a shadow...

We were shooting against a steel gray, seamless, paper background and were unable to put it nearly far enough away from the camera so I changed gears and worked closer to the background, illuminating it with the spill from the main light.

Ben manned the laptop computer and kept an eye on two pieces of software: The Panasonic Lumix Tether app and Adobe Lightroom. I'd shoot and Ben would make sure the files were brought in by tether to a watched folder and then into an open Lightroom window. From there the images were displayed on a 32 inch 1080 HD TV screen so people could see multiple images at a time and make a final selection from there. Ben guided each person through a selection process that was relatively quick and painless. We'd note their choice on a paper form and go back to the studio at the end of the day to retouch their file and deliver it via e-mail. That all worked pretty well and we ended up delivering about 115 images (some people couldn't decide between two final poses so we just did both).

While I like to think of myself as a portraitist in my capacity last week I was resolutely a "headshot" photographer. And all week long I thought about the difference between the two. My idea and practice of portraiture involves trying to make each portrait image unique. I rarely set up my lights, camera or backgrounds in quite the same way. I try to find a background that matches the intended "feel" of the portrait and which is a complement to the lighting.

When I light a portrait I move back to my preferred style (as opposed to an expedient method of lighting for consistency and faster throughput) and I play with the lighting throughout the session, making adjustments in response to what I see in the frames as I shoot. I might move the main light closer to get a softer look but one with a quicker falloff from light to dark. I might increase the intensity of a background light on a darker gray background to get better separation.

But the important difference to me between the headshot and a portrait is one of intention. In the first instance I'm basically creating product. What's called for, generally, is a good representation of the person in front of my camera, inserted into a uniform background and a uniform presentation with the premise that each of these images will live on the same web page as other people from the company and that consistency of presentation is a good thing in web design. A consistent headshot style can be part of a company's overall visual branding....if the people commissioning the portraits take time to think about what it is they want to convey...

A portrait, in my way of thinking, is much less about a corporate branding strategy than it is about making an interesting representation of the person. The singular person, separate from the social/corporate construct.

Making a portrait that really works takes time. It's not a particularly efficient or time effective undertaking. There is a give and take that evolves over time and each frame taken builds toward a final image. A good session has to be open to failure during the process. Sometimes what worked for one person is anathema for the next. One has to experiment to the point of failure and then admit defeat on that track, drop it and start over again in a different way.

Emotionally, too, I think a good portrait session is a building process. In a technical sense one creates a foundation for the session (lighting, lenses, etc.) and builds in the details, but it's also a building process in the way that movies build to some sort of conclusion or climax at which point you understand the actor's journey and the story's resolution. Not as dramatic with portraits but one does find a moment at which there is something more revealed and one must be ready to react at that moment and make the shot. And sometimes it's the taking of that particular shot the breaks the spell both sitter and photographer have been working to create. You have to get the pivotal moment the first time because, in my experience, it's impossible to build back to that moment in anything approaching the same way. Or with exactly the same feeling.

Pre-social media our industry had curators and gate keepers who made assignments for editorial portrait photographers. Corporations filled the same functions with in-house creative teams that understood the art of presentation and the value of a unique and powerful image of a person. Except for the highest reaches of corporate communication that understanding and embrace of  visual value is being forgotten or left untaught and unappreciated.

In a sense the need for cost efficiency and the impatience with the unmeasurable process of connecting, "human-to-human" is rendering most conventional (outside of the art world) portraiture into a diminished and diluted replica of its former self. It's become a rapid distillation process that boils down so many possibilities into the blandest and most homogenous approach to cataloging humans' faces for quick, online documentation.

I cringe now when new, potential, clients call and ask me to bid on multiple "headshots" in a day. The clients, driven by profit goals and bosses who view everything as a commodity, are largely more interested in finding out the cost per head than in finding a value proposition in which the actual aesthetics of the work provide enduring value. Their dream bid is an "all you can eat" approach in which they want to know just how many people they can cram into a day at a fixed day rate. Can you do ten? How about 50? How about 300? Do they understand, at all, how long it would take to retouch all those images?

Fortunately, my experience tells me that there will always be a market for people who have the discrimination to demand work that falls out of the narrow commercial boundaries. They understand the value that differentiation brings. They understand the benefits of customized approaches to lighting, engaging and post production. It's our responsibility to supply these clients with wonderful, amazing, compelling and engaging work. Perhaps these clients will lead others by example... 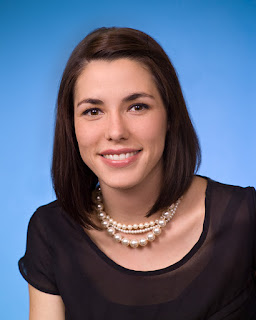 I have two quick stories about both customization and commoditization as it applies to portraiture and photography. The first is about a photographer named Aaron Jones who created a very stylized and technically innovative style of lighting back in the 1990's. He used time exposures along with selective lighting and selective image diffusion to create images that wowed people. He commercialized his approached by making a machine called, "The HoseMaster" (a light pipe or "light hose" that had a shutter attached to open and close the device, and the stream of light, at will) which he sold to all the thousands of photographers whose clients demanded that they copy (sometimes slavishly) Aaron Jone's style. Within months the style became ubiquitous and, since many copy cats had little understanding of aesthetics, most of the work was crap. The style died completely soon afterwards. A cautionary story for the legions of "shooters" who believe that lighting faces with ring lights is revolutionary? (Actually artists like fashion photographer, Anthony Barboza, were using ring lights in fashion and portraiture decades ago; it's a style that keeps revisiting us--- like the flu). My point is that copying a prevailing style isn't the same as forging your own path and, in the long run, will instantly date the work done for clients who demand it. 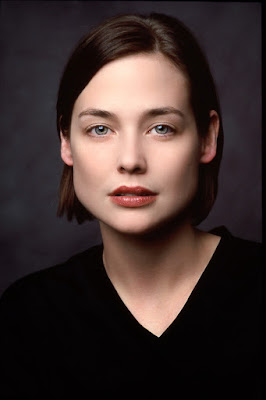 My second story is about a close friend who is a great portraitist and an even better on-the-spot adapter. He was commissioned to do a photograph of a doctor for a magazine. It would be a cover shot and he was chosen because his work and his lighting was impeccable. He and I had many conversations about photography and his main point was that every situation is different and you must remain mentally flexible and try new things if what you are doing doesn't work.

In preparation for the doctor's portrait he set up his studio with state of the art electronic flash lighting in various modifiers which he had designed and perfected himself. The doctor showed up and they got to work. The photographer soon realized, and the doctor confirmed, that the doctor could not tolerate flash and had fast enough reflexes to blink on every single exposure. The best they had gotten after 15 or 20 minutes of trying was a photo with droopy, half-opened eyes. It just wasn't working.

My friend didn't miss a beat. He opened the black out curtains on the North facing windows of his studio, rearranged the background and set his camera to shoot at five frames per second. Minutes later they had a card full of perfect images. The continuous light worked. The magazine was thrilled. The doctor was thrilled and to my friend it was just another day of problem solving and style shifting.

There is more to this business than making commodity headshots. There are still clients willing to pay for good work. We have to be able to see the difference and up-sell our clients from "headshots" to portraits. But first we have to remind ourselves that there's a difference.

Posted by Kirk, Photographer/Writer at 11:34 17 comments: