Heading out tomorrow. Back on the road. Making images for a new client. I'll be back late Friday night. 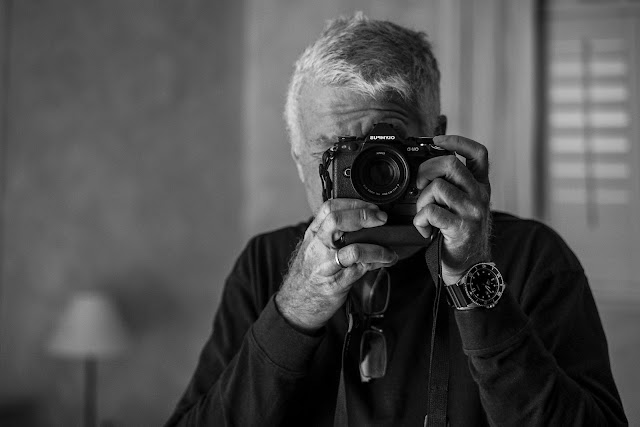 I'm packing my laptop. I'll try to make little missives from the road but the schedule is a weird melange of work engagements marbled with commuter air flights to the next in a series of destinations. The packing is done and everything seems to fit.  I have eight flights scheduled between tomorrow and friday and will also have some driving to do between two locations. I'm thinking I'll need to pay attention to lots of little details in order to get everything squared away.

I have next Saturday to recover and do laundry; also to download files and start editing images in Lightroom. Sunday I visit dad in San Antonio and then come back home to re-pack. I'm back on planes Monday, Tues. and Weds. (the 24th) and then I spend the rest of the week finishing up the editing and making sure I have warm, clean clothes to take with me to Iceland. I'm starting to sound like a traveling blogger. Now, if I can just get invited to one of those media fandangos in Hawaii......

I already know which cameras and lenses I'm taking on the fun trip so that's not an issue but it's a lot of travel in a concentrated span of time.

One of the biggest issues for freelancers is managing cash flow. I'll need to pay as I go in the next week and a half for baggage fees (two checked on American Airlines = $70 per trip) some of my hotel charges and all of my incidentals. I won't see reimbursement for at least 30 days. And then it's straight to Iceland where most of my expenses are covered but there are still some (expensive) meals and optional things to see that will add up. With a little luck the cash from earlier jobs will flow in and we'll be buzzing right along. If not, we'll pull some cash from reserves and replenish the piggy bank in the near future. Keep your credit clean! You never know when you'll need it.

Also, I've called my primary credit card issuer to let them know about my travel plans. I'd hate to have a card turned down at a critical juncture..... just because....

Revving up the G9's and charging batteries. We've now entered the countdown.
Posted by Kirk, Photographer/Writer at 19:00 2 comments:

An Angsty Sunday. Too much stuff that has nothing to do with photography. Understanding that living in a popular city means constant change. 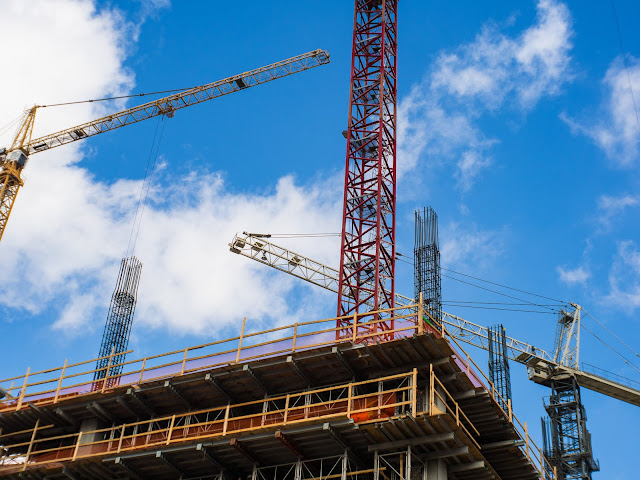 If only all of the construction was limited to downtown....

Sundays are harder than other days. I check in with my dad, who is dealing with dementia, by driving down to San Antonio and having lunch with him at the facility I selected to manage his care and general happiness. I check in with the what's left of the rest of the immediate family (older brother, younger sister) and hear the news of the week. And I make decisions about financial issues concerning my father's money and the management of my mother's estate. It seems like heavy stuff to me, full of responsibility and, in some cases, no good choices. I think the time on the road, the time spent sorting things out, and the time spent being a responsible agent are enough without added stress from things that crop up in my own neighborhood.

I live west of downtown Austin in a bedroom community that just happens to have the best public schools in Texas, the highest household income in Texas and the fastest appreciating property values in Texas. When we bought our home nearly 23 years ago it was an absolute bargain (although, at the time, we thought the amount we paid was well above our comfort level). It was in a neighborhood that was filled with live oak and red oak trees and consisted mostly of three bedroom, two bathroom homes, custom built in the early 1970's; each on about a half acre of land. As a succession of billionaires moved their families into the zip code surrounding us the value of the houses everywhere soared and now seems to be accelerating even more.

Our neighborhood has the envious distinction of being close in to downtown (about a ten minute drive during most of the day ---- all bets off during rush hours) but is up and away from the congestion and traffic. It's on Austin's high ground; the start of the Hill Country, and our little neighborhood is surrounded by islands of hyper prosperity in the form of gated communities with home prices that span the low $3 millions up to the $15 million range. What this means is that we have a big, big target painted on the roofs of our middle class houses by all sorts of real estate developers. Many of the residents in our little neighborhood are the original home buyers who are now hitting their eighties and nineties. They are in the process of transitioning to assisted living, or worse. So now there small (relatively speaking) homes are coming onto the market. These are homes that sold for a little more than $100,000 in the late 1970's which then sold for the low $200,000's in the 1990s. Developers are rushing to buy them just for the land. The houses and their fitness or condition or aesthetic value are meaningless to the hordes of custom builders engaged in the feeding frenzy.

The developers have one consistent vision for all these elegant and perfectly sized homes. They want to buy them, tear them down completely (including demolishing the foundations) and then build the biggest houses for the cheapest costs they can engineer. Now the going price for a lot has just hit the +$1,000,000 mark. The reason is the lot size (and the schools, and the proximity to downtown, and the proximity to the super-rich) which is a result of our neighborhood being on individual septic systems.

Some devious land shark had a slathering of lawyers lobby the county to allow much more square footage of new housing on the older lots by changing the septic field size requirements with the promise that each new home owner would enter into a contract with a septic services provider to pump out their septic tanks up to four times a year (this is something that most people with right sized homes only need to do once every four or five years.....). I'm sure that as soon as the first year is over the contracts will expire and the rest of the home owners will have little to no recourse against the hapless owners of the new monstrosity houses when they abandon their contracts and take their chances.

We have one developer who bought a house in the neighborhood about three years ago and then tore it down and had the world's ugliest house built on the site. The neighbors call it the "Ramada Inn." He doubled the square footage and has lived there just long enough to reap the rewards of the tax laws for owner occupied sales. The house and lot he bought back three years ago was priced at $650,000 and he's just put that house on the market for $2.5 million. But the horrifying thing is his vision and actions going forward. He bought a house near us earlier this year, tore out the oaks that had been growing there for decades and decades in order to build the biggest house the county would allow him to build. Gone are the lovely trees and in their places another "Ramada Inn" style house is going up. Nearly to the lot lines.

When I got home from San Antonio this afternoon my wife was almost in tears. The same rapacious real estate barbarian had just bought the house directly across the street from us. The renters who lived there ( and who were some of our very best neighbors...) were given thirty days to vacate. The new owner let them know that he couldn't wait to get them out so he could tear the beautiful four bedroom, two and a half bath home, built in the 1980's, to the ground. No doubt that he'll take out most of the fifty and sixty foot oak trees in order to realize his vision to.......make the most money he can with no regard for the aesthetics of the existing neighborhood. Austin, as we've known it, is crashing down around us as people with too much money and too little common sense seem hellbent on making this real estate market the very next San Francisco. Certainly they are in league with the devil.

There are hordes of like minded developers who are fixated on converting every wonderfully livable and affordable neighborhood in central Austin into an endless series of Mc Mansions. Horribly ugly houses with five to ten thousand square feet of interior space and three and four car garages. There is little we can do about it other than to reminisce about the great old days and to talk about where to move next. Greed and more greed. They are quickly killing off every aspect of Austin that brought people here in the first place.

The Austin we knew is largely dead. Small and quixotic restaurants replaced by haute cuisine wannabes. The new land of $30 dollar cocktails and $125 ribeyes. Great locally owned shops gutted and re-actualized as yet another Starbucks or Gap.

We're supposed to be thrilled that property values are skyrocketing. But the positive value only applies if you want to sell your house. If you want to stay put you are looking at ever escalating property taxes in a district that has some of the highest property tax percentages in the country.

I guess we should abandon our (lovely, wonderful, perfect) house, take our million+ bucks and hit the road but there's no where else I'd rather live. I guess I'll just have to work harder as I get older in order to pay the taxes and stay. It's a no-win situation. Maybe we were engineered to grow old and die so younger, stupider people could destroy the nice parts of the world without us bothering them with our criticism.

And yes, I get that this is very much a "first world" problem.... 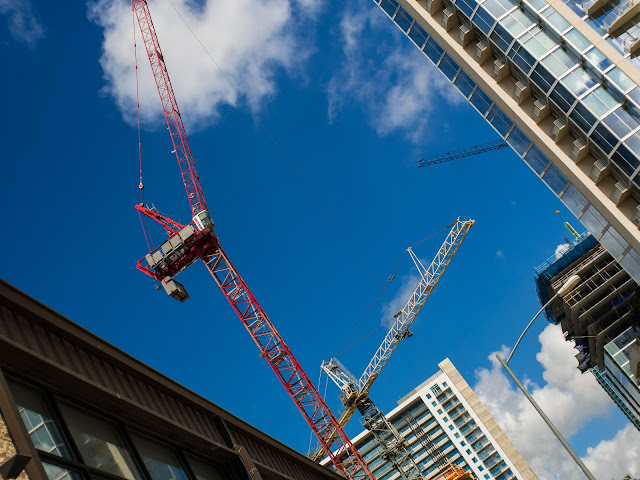 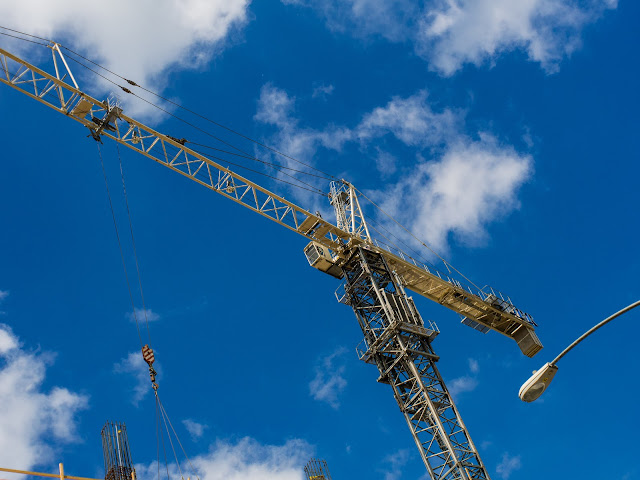 Posted by Kirk, Photographer/Writer at 18:32 9 comments: