I shot with a new "old" lens yesterday and it was good. 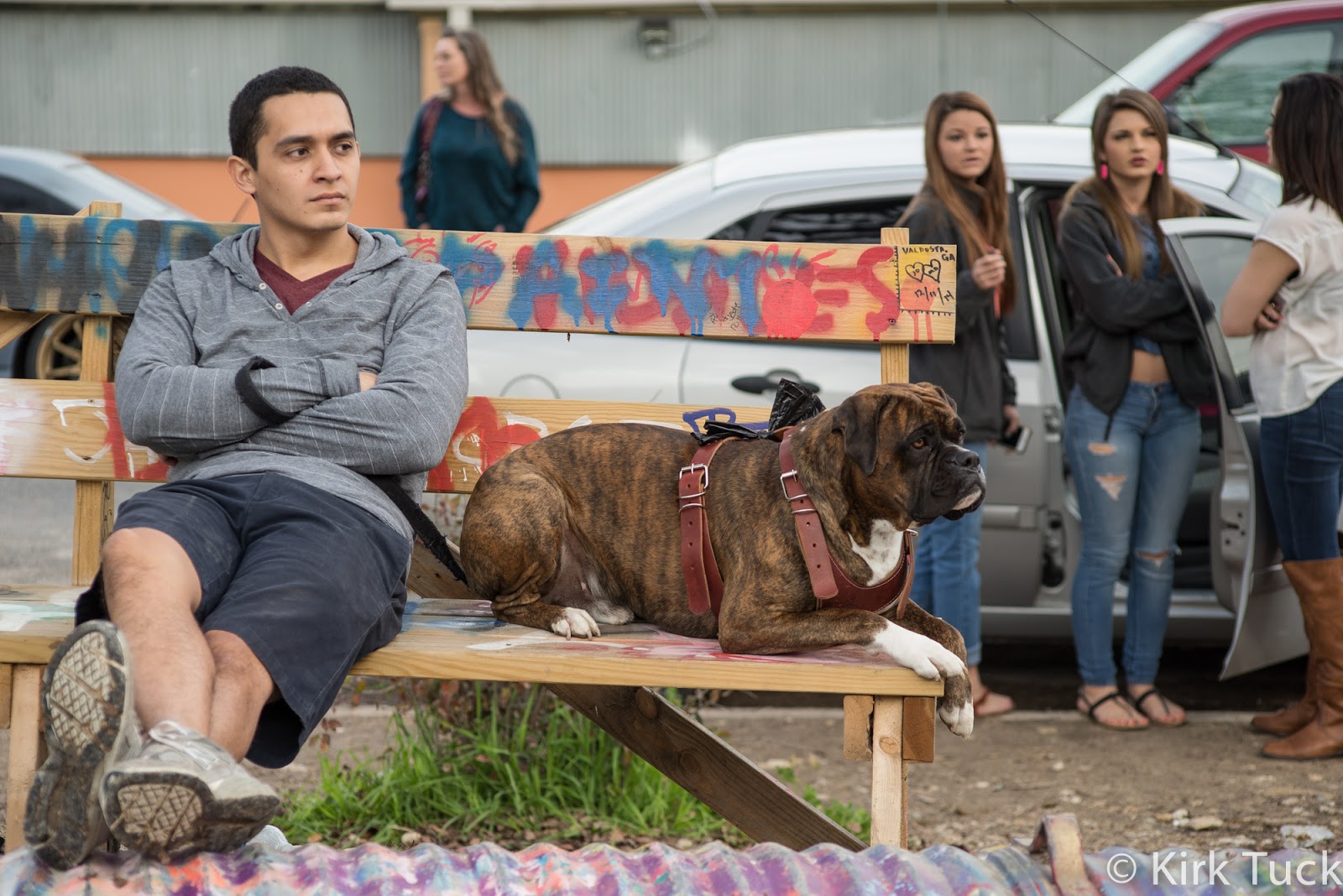 Dog and friend at the Graffiti Wall. D610+Cheapo lens 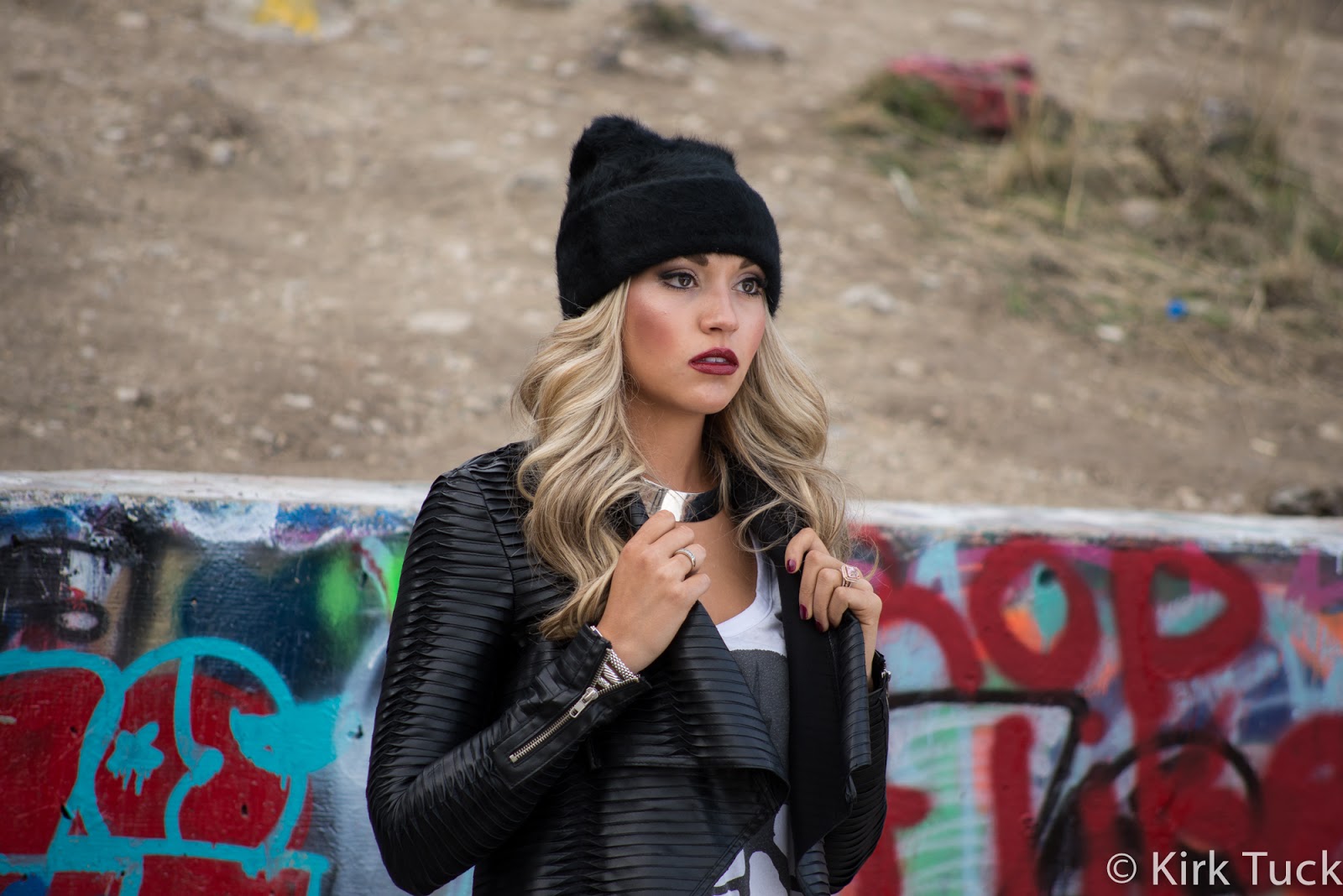 Editorial Note: I wrote a post yesterday about a lens and an experience at the Austin Graffiti Wall. It was too negative and angry. I decided that's not a direction I wanted to go in this year so I took the post down. This is what the original post should have been...

It's not hard to be a lens-aholic when shooting with the Nikon system, after all, they haven't changed the lens mount in just about forever and any Nikon lens made from about 1977 onward will mount and work (some with limitations) on even the newest Nikon bodies. When I look at lenses for that system (one of two systems that I am currently using for work and play...) I find myself drawn to older classics rather than the newest formulations and models. I've shot, on and off, with Nikon equipment since the late 1980's and I have a lot of experience with the lenses (and the bodies) through the ages. I've always loved the look and feel of the manual focus lenses and now I even like the prices.

Recently, I borrowed the newest 70-200mm VR type 2 to compare with an older AF 80-200mm f2.8 D lens that I recently bought for a song. I wanted to make sure I wasn't deluding myself and compromising the overall system performance by choosing an older lens. I shouldn't have worried as the older lens is as sharp and low maintenance as I remember it. What am I giving up by using an older lens? Mostly just the VR but in the ways that I plan to use the lens it's not much of an issue. I plan to use the fast zoom lens mostly for theatrical performance documentation sitting on the front of a Nikon 610. I've tested it onsite and it works exactly as I wanted.

But there is one issue I have with the 80-200mm f2.8 and that is the bulk and the weight of the unit. Don't get me wrong, for the applications I have in mind it's not an issue and there's really now way around a certain size and heft if you want optical performance and speed on a full frame camera. It's a trade off. But in the back of my mind I started thinking about the times when I might want to tote around a nice focal length range like the one on the 80-200mm during one of my "spells" when I also want to use a big Nikon camera. So I started looking for a cheap, smaller, lighter lens with the same basic focal range to use when tooling around outdoors, without my team of equipment hauling Sherpas.

The search led me to a number of choices but the one that seemed to have the most promise, when reading other people's reviews, was the D version of the Nikon 70-210mm f4-5.6, push-pull zoom lens from the 1990's. It focuses pretty quickly; on par with the consumer AFS lenses. It''s noisier when focusing but not too bad. It's less than half the size and weight of the 2.8 lenses but it's mostly built with metal and feels very solid. I bought one for right around $100. I generally test lenses just as soon as I buy them but last week we had nasty weather. It was cold, gray, rainy and windy for four days in a row and I just didn't have the motivation to go out and shoot with much of anything.

The weather broke yesterday (resulting in a glorious and very well attended morning swim practice) and in the late afternoon I finished up all my chores and decided to go out for a bit of shooting. I put the lens on the D610 and headed for the Graffiti Wall. It was absolutely packed with people, including a mass fashion photo workshop. I stayed for a while and snapped some fun shots which I then brought back to the office to look over. The lens is fairly sharp wide open and the appearance of sharpness improves with a bit of post processing. When sharpening is done right the lens delivers fine detail along with a contrast that seems to be a balance between the lower levels of the older, manual Nikon lenses and the exaggerated contrast (and saturation) of the newest generation. I found myself liking the push and pull to zoom control.

All in all the lens was a bargain for $100 and reminded me that some of the older stuff is still primo.

I bought this lens for my particular uses and I'm not suggesting that you rush out and change camera systems or rush out to buy this lens. I guess the point I'm trying to make is that there's a lot of good, older stuff out there that's selling at bargain prices and rewards buyers who are patient, willing to test their own gear, and who buy from vendors who will allow you to return stuff that you might find lacking in performance to your standards. I like my big, heavy fast lens for a number of shooting opportunities and I like the more compact lens for daytime travel and street shooting. I'm lucky enough to be able to have both.

Another editorial note: My book giveaway came to an end on Saturday morning and in the two days it was active we gave away over 6,000 Kindle versions of, The Lisbon Portfolio. I hope that we'll start to see a rash of (nice) reviews in the next few weeks at Amazon. I hope everyone enjoys the story and doesn't get too annoyed with any editing issues. I'm working on the second book and want to have it done by October of 2015. I continue to rely on your motivational support and encouragement.

curiosity. What long telephoto zooms do you reach for when you go out to shoot and you know you want/need some reach? I'd be curious to know what my readers think the best fast tele zooms are for your systems. Comments?

Posted by Kirk, Photographer/Writer at 13:06 28 comments: