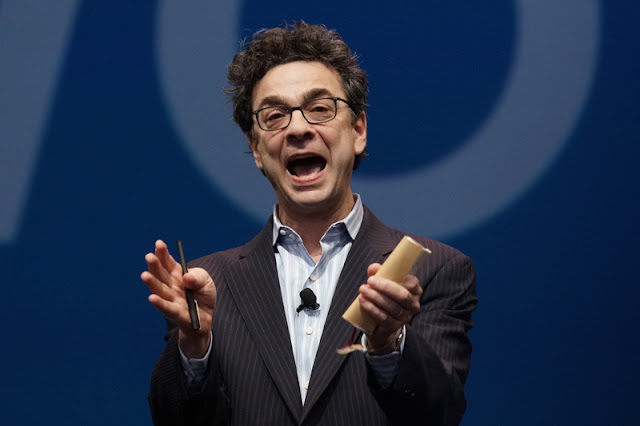 If you are a generalist, like me, you probably do a lots of different kinds of assignments. If you go back and look at the exif information embedded in your images you might find a surprising trend. You probably assume that you need a wide range of lenses and you might assume that you use your 24-70mm equivalent more than any other lens but the math might tell you that you were wrong. I presumed that I was a single focal length user. A 50mm or 85mm guy. I presumed the reason I liked my images (for commercial assignments) was that the focal lengths I used for work mimicked or corresponded with the different focal lengths I use for my personal work and fun.

But it's not true. The math tells me that the "money maker" lens for me is easily the 70-200mm 2.8. Maybe it's because I shoot a lot of speakers on stage for corporations that tips the scale in the direction of the heavy duty longer zoom. Maybe it's the work I do every month for Zach Scott Theatre which requires me to reach out and grab images from a prescribed distance. But it's more than that. 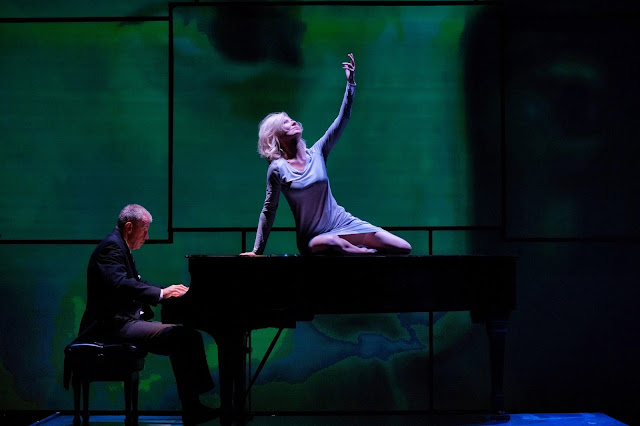 I seem to have a telephoto vision and it colors everything I shoot. From actors on pianos to cowboy boots. While the faster 70-200mm zooms are useful for low light shots a lot of what I shoot are objects or people that I am actively lighting and the fast aperture becomes less important than having this range of lenses at my disposal. 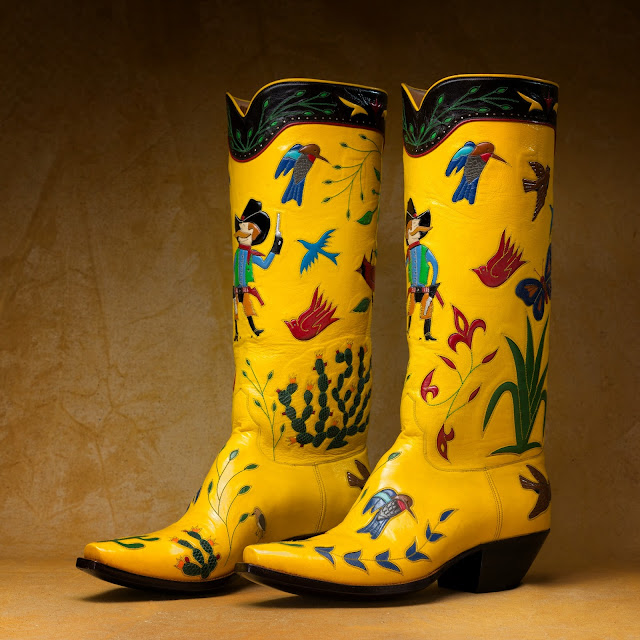 When I set up to photograph boots for Little's Boot Company in San Antonio, I started out by putting the Sigma 70mm f2.8 macro lens on my Sony a99. And why not? It's the sharpest lens I have in the drawer. It would seem perfect for a product shoot like this. But I liked the compression of the boots and the background more than I would have liked the ultimate expression of sharpness... And really, at f8 either of the lenses would probably give the camera sensor a good run for its money...  By shooting a little longer focal length I could get focus on the front and back boot but start rolling off the sharpness on the background and the part of the canvas background that extends in front of the boots. More magical. I could also keep the camera position the same but zoom in or out to equalize the size and composition of the boots in the frame. 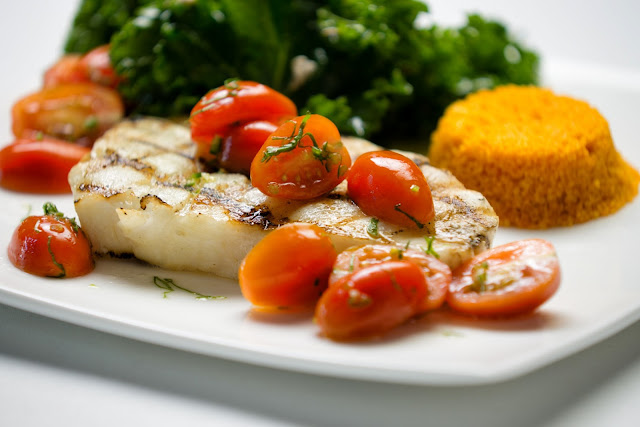 When we move on to food photography most people instantly make the assumption that macro lenses would be the logical tool but even here I like the ultimate framing flexibility of the 70-200mm. In the example just above we were flirting with as little depth of field as we felt we could get away with. I was working very near the long end of the lens, near 180mm and what I gained was not just a more limited depth of field but also the compression that I talked about in regards to the boots. It's an optical process of pulling shapes together and creating a more graphic shot. 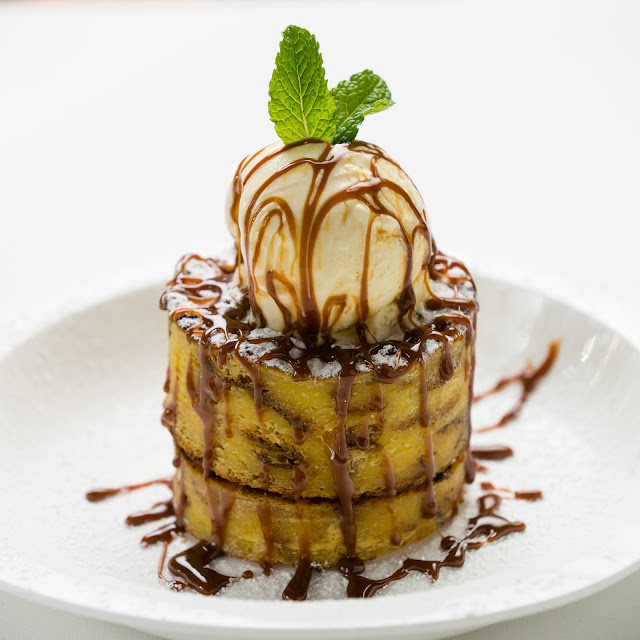 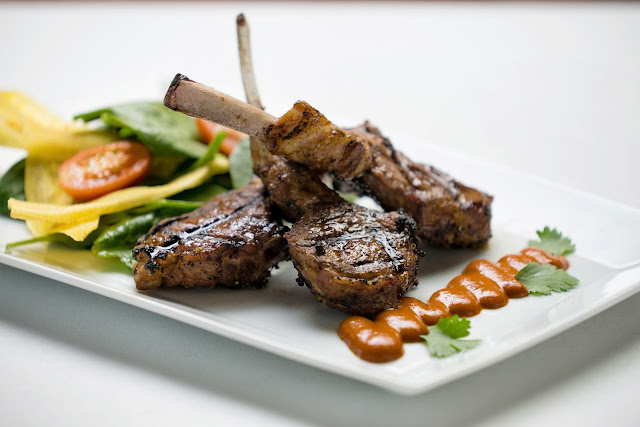 In every system I've owned, from the Canon to the Nikon to the Sony system the first purchase, along with two identical camera bodies, is the 70-200mm f2.8 lens. In the Canon system I used the 70-200 f4 because I liked the lighter weight and I felt that the lens was a bit sharper at f4 that its fatter sibling. Even for the time that I shot with the Olympus 4:3 system the 35-100 f2 was my go-to lens. 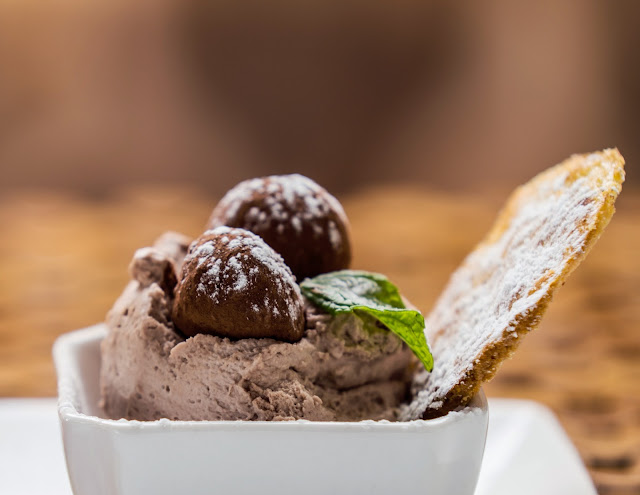 In all honesty a generalist photographer could make due with a very circumscribed system. Unless you choose to do a lot of architectural documentation you could do 99% of the work that pays the bills for most pros with just two lenses and one body. I'd yell at you to get a second body on the off chance that you experience a failure but I'm pretty sure about the two lenses. One would be the  lens everyone seems to have, the 24-70mm 2.8.  And, of course, the other one is the 70-200mm (your choice when it comes to f2.8 or f4).  If you are called on to sometimes take a few interior architectural shots you might want to add a 20mm lens to the list but it's not mandatory.

All the wider lenses are artsy and dramatic but in the end very few paying clients really like to deal with the wild forced perspective of the amply wide lenses and most photographs I know who shoot commercial soon tire of the "spectacular focal lengths. 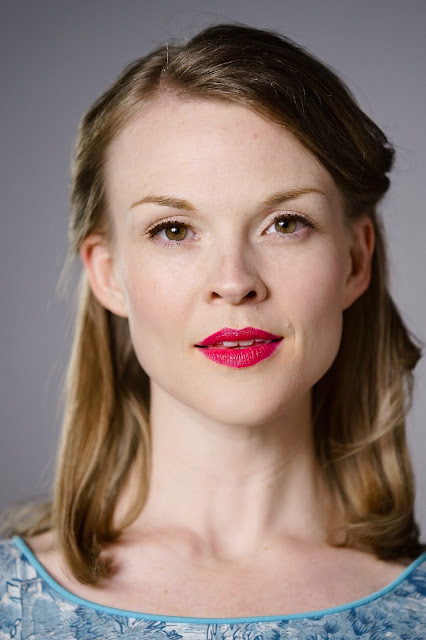 The idea that professional artists need to have every focal length covered is a mythology promulgated by the camera companies. And why not? It's there job to sell you as many different products as they can. Just as your CFO will tell you that it's your job to resist buying extra lenses that don't add to the bottom line.

In the course of two weeks almost every job I've shot, from portraits to food to stage craft to corporate events, revolved around my reliance on the 70-200mm (or equivalent) lens. There are always exceptions. Like the guy whose job consists of shooting the interiors of airplanes and recreational vehicles. He's probably got a collection of wide and superwide glass and rarely uses anything over 50mm.  Or the woman who shoots car racing, soccer and other field sports. Her lens sweet spot probably starts at 300mm and heads north from their. They are outliers. The rest of us fall nearer to the center of the Bell Curve. But that's just workaday photographers. If we change the discussion to art then all bets are off.


Posted by Kirk, Photographer/Writer at 15:48 5 comments: 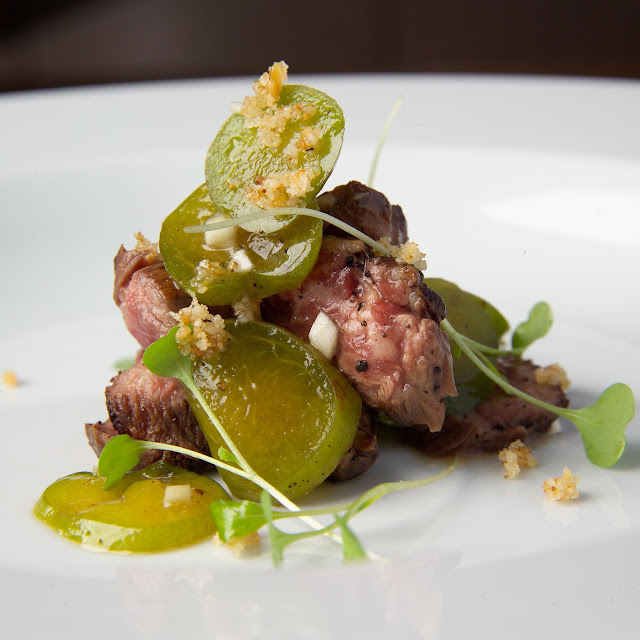 This dish was photographed with a Kodak SLR/n full frame, no anti-aliasing filter camera using a Nikon 105mm macro lens. It was lit with several flashes and the light was modified in such a way as to make the scene appear to have been captured in soft daylight from a window.

I like the image because I think it is successful on two commercial levels. First, it was a very accurate representation of the dish presented to me by the chef for inclusion into a magazine article. Second, it was done quickly enough, without the hesitation usually delivered by teamwork, and because of the immediacy of the photography the food retained it's moisture and freshness.

I like that it forms a pyramid and that the greens are such a nice counterpoint to the red tones of the beef. The crumb to the far left of the frame gives the image a nice glance of imperfection and the fact that it is going out of focus gives the  image a sense of depth.

I am happy that I included the top rim of the plate so that the food doesn't exist in some sort of oblivion. The revelation of the edge of the dish against a darker background gives me a reference for size and gives me cues about the disposition of the food on the plate.

I mostly like the delicacy of the whole image. The precarious perching of all the parts gives a temporary and ephemeral nuance to the entire idea.

The uploading of the file to Blogger makes it a tiny bit darker than it really is. Think one third of a stop brighter, overall...

I also like the fact that I got paid to play with food and sample some of Tyson Cole's art.

Posted by Kirk, Photographer/Writer at 15:21 2 comments: