A very useful accessory for people using DSLRs and Mirror-Free cameras to produce video. This is a low cost favorite. 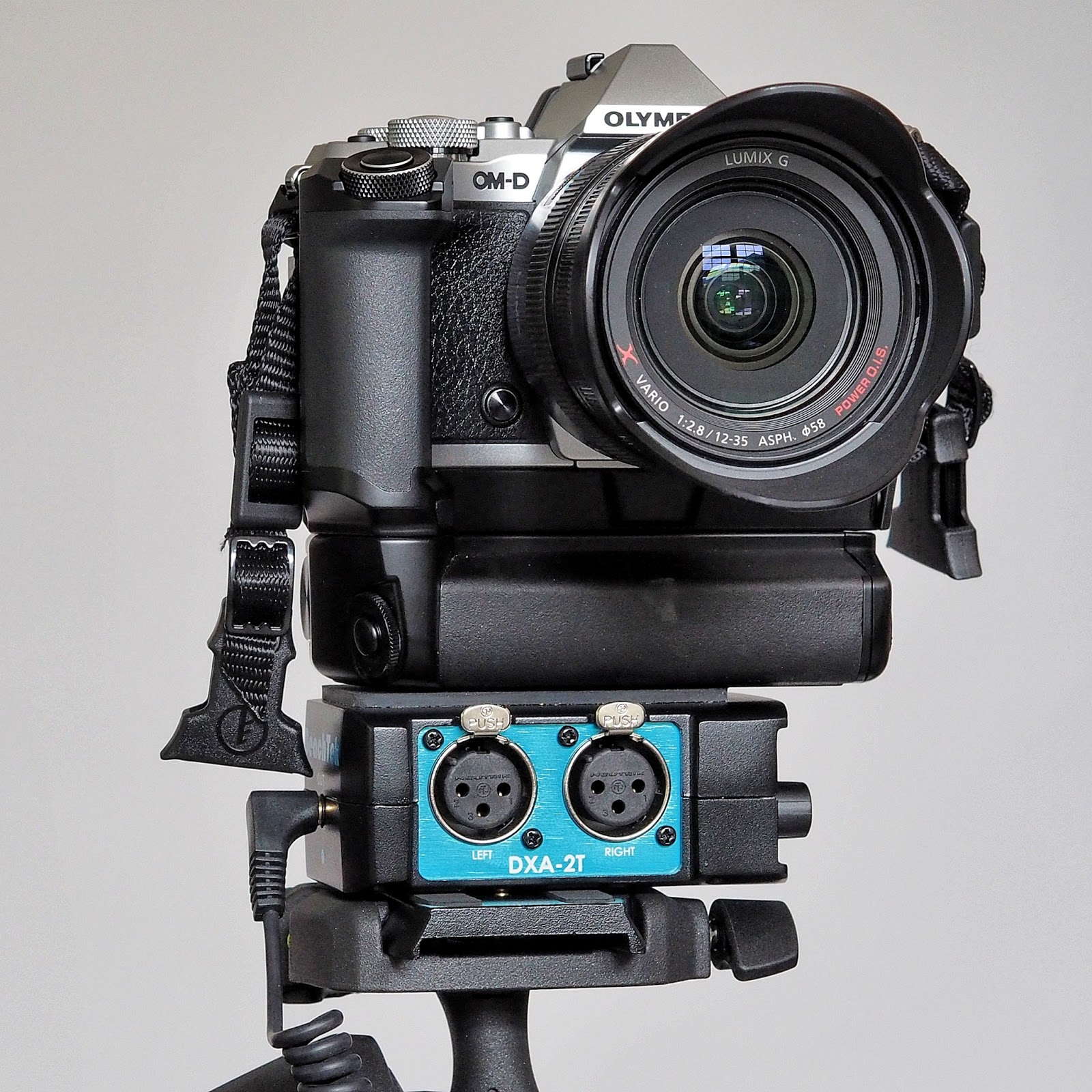 The three different cameras types I have all allow for shooting decent video. The D810 has the best look to the images while the OMD EM5.2 is a great handheld, ENG camera. The image stabilization is nothing short of amazing. In an ambiguous third place is my inexpensive, Nikon D610 which has decent looking video (not as nice as the D810) but no real image stabilization. The one thing all three of these camera have is the ability to manually adjust sound levels. All three also have microphone inputs on the camera as well as headphone jacks for monitoring audio.

The other thing all three camera types have is not so good. All of them use menu driven (not physical knob controlled) audio level controls. This makes adjusting sound levels during recording a more complicated undertaking. For the lazy filmmaker it may be just the thing to push us into using auto level controls instead of working a little harder to get the audio just right.

I cheat. I use the little box you see under the camera (above) to do three different things for me when I make video that has to have good sound.

1. I run any external microphones through this box because it has a hard knob (with detents) for each channel (left and right) so this allows me to set a middle level on the camera, say minus 12 dB, and then have the ability to adjust the levels downward via the knobs on the box. The DXA-2T is passive and won't amplify signals but it's a clean way to manually prevent overload into the camera's audio circuits without resorting to ALC and heavy handed limiters. And it beats trying to open up menus on the screen while shooting...

2. I can run unbalanced stereo mics in through a 3.5mm plug or I can plug in real, balanced mics to the XLR plugs on the box. The advantage here is that the box has internal transformers that match the input characteristics (resistance, etc.) of professional microphones to what the camera's little, pixie pre-amp circuits are expecting. The best match is to microphones like the Rode NTG-2 which has the option of running its own internal pre-amp via a double A battery instead of requiring phantom power (which this box does NOT provide).  The transformers seems to have the effect of reducing noise and matching output and input more efficiently which translates into a stronger, richer signal delivered to the camera.  Being able to adjust the knobs on the box during recording in order to reduce overall volume is a big plus. The only time you'll need to go into the menus are when you need to boost the signal.

3. Sometimes I want to use a Zoom H4n digital audio recorder to record the audio but I also want to run that audio into the camera at the same time. The only way to do that on an H4n is via the "line out" port into the camera's microphone input. But the line out is about 35 dB stronger than what the camera expects (or is designed for) from a microphone and the sound in camera is quickly and sometimes massively overloaded. Unlike the newer digital audio recorders there's no switch on the H4n to drop the signal to match the camera's inputs. But there is such a switch for each channel on the DXA-2T. That means I have the option to run back-up sound right into the camera where I can also monitor it with headphones.

I could also use the "line in" setting on the box to accept balanced inputs from a mixer like the big one they use at Zach Theatre. Then I can pull clean sound into the camera sound track if I am recording a musical performance without worrying about overloaded signal circuits.

The DXA-2T is a totally passive device which means no batteries and less chance of device generated noise. It's a sturdy little beast and it fits just about anywhere. I carry it in my microphone case along with duplicate cables for everything. It's wonderful not to have to go menu diving to make quick, small adjustments.  I've forgotten what I paid for it which basically means that it's so practical and useful that it's paid for itself many times over. The only issues I have with this box are the times when I forget to pack it and end up leaving it at the studio.

Posted by Kirk, Photographer/Writer at 17:53 3 comments:

I am sure you already know this if you shoot Olympus but----Olympus Share is a good remote controller for the new EM-5.2 in "Hi-Res" mode. 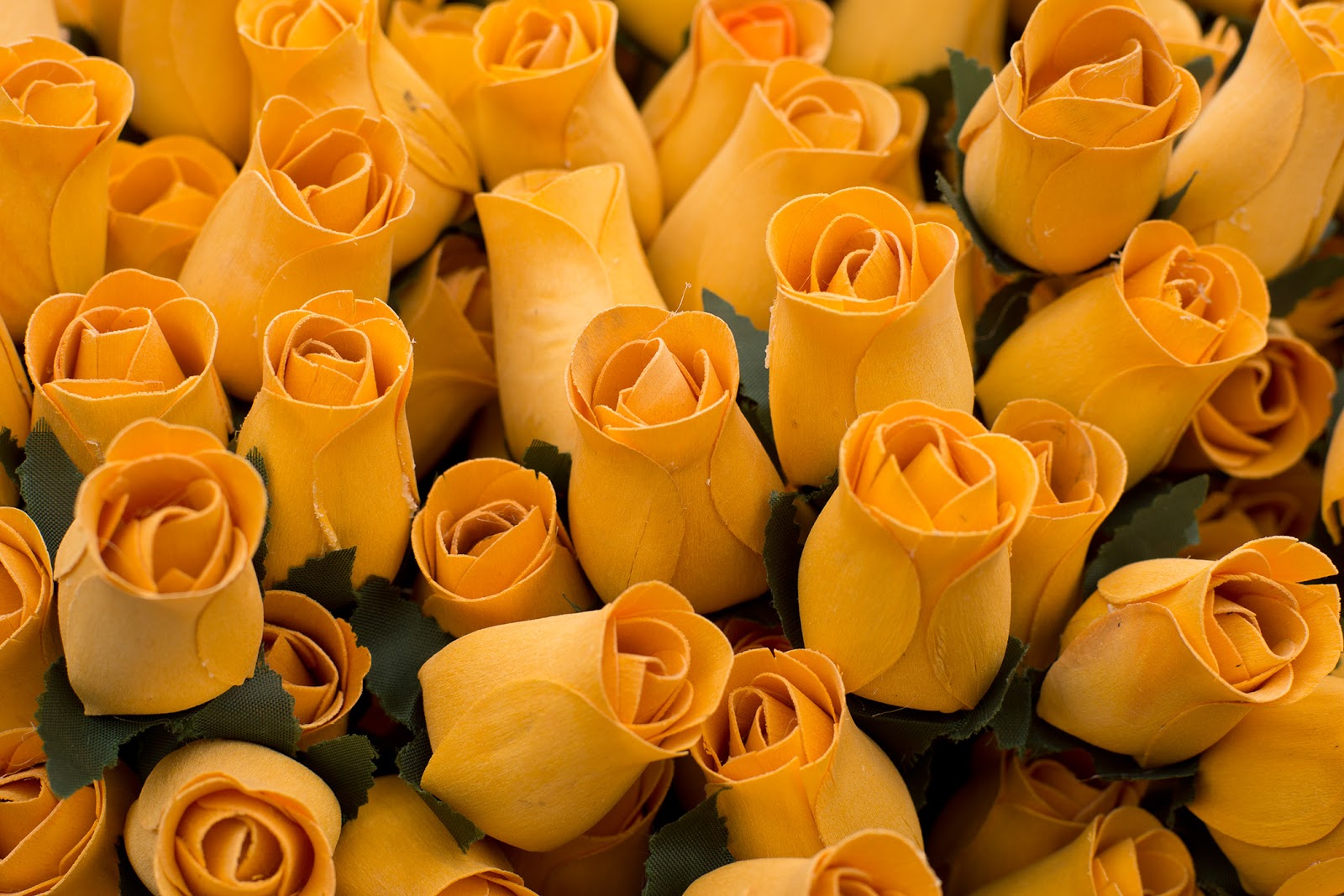 Taken in 2012 with a Sony A77 camera.  On Sixth Street in Austin, Texas.
Not an example of Olympus's High Res Mode.

I think I mentioned using the Hi Res mode in the new Olympus EM-5.2 last Thursday during a commercial shoot in central Texas. The client and I were setting up small still life set composed of small industrial parts and then photographing them. I decided to try out the High Res (40 megapixel JPG) mode that is part of the new camera excitement.

For those of you who've ignored the feature in this new camera it's an ingenuous variation on Hasselblad's method of mechanically moving the imaging sensor and resampling X number of times during a long exposure or a series of exposures. The Olympus method uses 8 separate scans which are then blended together. Because Olympus scans in half pixel segments it gets around the color artifacts of the Bayer pattern on the sensor and should deliver color that's more pure and also devoid of interference artifacts such as moire. The scans or exposures take place over time, require at least a full second and are ruined by any camera or subject movement. But if you get everything right you can get files that are at parity (or at least that's the internet's opinion) with files from a Nikon D810.

Of course, much will depend on the quality of the lenses on the front of the camera and even more, your technique. Which I found out. To my temporary frustration.

We were on the second floor of an older commercial building with the tripod set firmly on the linoleum covered floor, the substructure of which was probably 2x6 inch or 2x8 inch joists set on wide centers. As people walked across the floor of the room in which we were photographing the floor would flex just a bit. Enough to ruin a shot.

We waited for everyone to settle down and then attempted our high res hijinks again but this time sharpness and file integrity were compromised by the initial movement caused by my finger on the shutter, starting the process. I couldn't figure out how to set a delay for the start of the high res process and I was about to give up when I remembered some VSL readers writing to tell me that one could use the Olympus Share software to remotely control the camera.

I downloaded the free app from the Apple App Store and in a few minutes I was ready to initialize the wi-fi connections between my iPhone 4S (ancient tech) and the camera. The system does this by having the camera display a QR code which is read by the phone's camera. Once up and running I selected remote control from the menu on the phone app and then triggered the camera. I worked. It worked just the way everyone said it would. Okay. I'm coming around. I guess it's okay to put wi-fi on a camera just so long as you are only using it to trigger a high resolution mode on location. :-)

We tried a few more shots with high res and then moved on to making images with people in them. The phone went back into my pocket and the camera went back into human touch controlled camera mode and we got on with the shoot.

When I got back to the studio I reviewed the shots and found them to be as described by the Olympus web hive. Very detailed and very big. This is a useful feature for people like me who mostly shoot the human/machine interface but are sometimes called upon to make big interior shots, exterior building shots and highly detailed images of still life images.

Next on my list of things to try is the camera's automatic keystone correction tool but that will have to wait for a clear, bright, saturated day in order to get me excited about the tests.

Yes. The High Res mode works well. It demands good technique and a stable platform. Stuff commercial shooters preach about all the time. It makes the camera a more universal and flexible tool. Not bad on an $1100 body.

Posted by Kirk, Photographer/Writer at 13:23 7 comments: