Mr. Contradiction. "The camera doesn't matter." "Lenses don't matter." But I have a new favorite lens. And I'm having fun with it just walking around shooting pretty pictures. 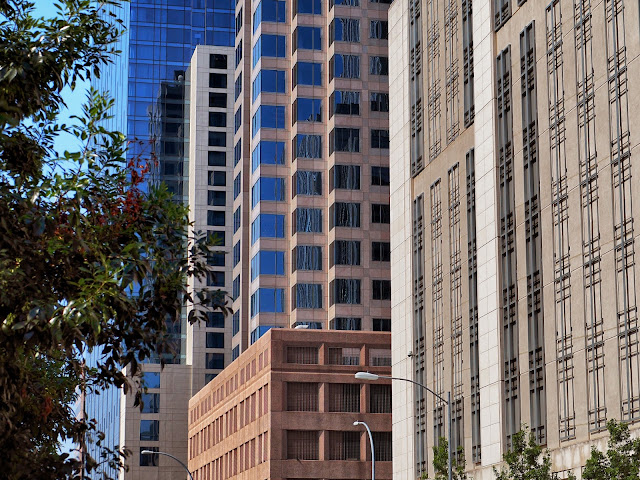 Can't remember if I mentioned it but recently I traded in the Olympus m.45mm f1.8 lens and bought myself a Panasonic 42.5mm lens. No, it's not the ultra sexy 1.2 version it's the smaller, cheaper f1.7 version but as of about an hour ago it's my favorite lens. (If you are new to the blog you may as well add this to the last sentence: "for at least the rest of the day....").

I've been regaling you recently with tales of productivity that revolve around the full frame Nikon cameras, and you could be forgiven for assuming that my allegiance to them was complete and air tight but nothing could be further from the truth. The Nikons are amazingly proficient in the same way that my Kenmore washer and dryer have been amazingly proficient. I take them out and set the controls correctly and they return to me big, technically perfect files. That's all very well but technically perfect gets boring quickly. It's eccentricity that sells.

When I've had my fill of routine, day to day work with the Craftsman power tools of my profession I like to relax and sink into fun photography with the quirky but powerful Olympus m4:3 cameras. In fact, I had so much fun shooting with an EM5.2 today on my walk through downtown that I am already changing my Tues. plans to dump the Nikons back into their drawer in the studio and instead bring only the smaller cameras along with me on an industrial assignment, because there is nothing in the assignment that leads me to believe I'll need the "ultimate" files. The client has evinced no desire or even interest in me manufacturing Ultra Prints (tm) at this juncture.

I am sure that the ad agency I'm working for will be happy with the micro contrast either system delivers but I have an intuition that the Panasonic 42.5mm f1.7 might just give me the edge where ultimate NANO ACUITY is involved. I know that the Panasonic/Leica 25mm f1.4 is a masterpiece of Nano Acuity as well. And I'm just a little bored with the bigger cameras since I shot them for four assignments last week (proof that professional photography is waning, right?).

Why the new resurgence of my interest in the smaller cameras? Some of the lenses, like the 42.5 (either flavor) the 25 Panasonic or Olympus, and all of the pro, f2.8 zooms for the micro four thirds cameras are exquisite and much more fun to haul around. The image stabilization in the EM5.2 is magical and the EVF, for me, handily replaces the crystal clear but dumb OVF in the Nikons. I'm of the mindset that you have to have both. Maybe it's a Texan thing; a Tesla or cute little BMW for week days in the city and a Ford F150 pick-up truck for weekends hauling crap the dump or firewood out to the ranchette. I love shooting the M4:3 cameras and lenses for just about any thing but I also love the steeper de-focus ramp of the bigger format and there are times when nothing will do but the higher res files of the bigger cameras.

Sometimes you go to the pool to compete and other times you go to float around, stay out of the heat and have fun. I can't give up either modality. And most of the times, with the smaller format, it's hard to see that I'm giving up anything at all.

What prompted me to make the lens change? I've had two different copies of the Olympus 45mm f1.8 lens and wide open I always found it to be good but not great. Stopped down a couple stops and it's as sharp as anything out there but with the smaller format and the more limited options for controlling depth of field it's more important to me that those first two f-stops be functional. No, better than functional, I want them to be as good as the lens's optical performance at f5.6. I want it all.

I borrowed the Panasonic 42.5mm f1.7 and tested it on the new Olympus EM5.2. I found it to be sharper wide open and I liked the form factor much better. The crowning determiner in the trade-in? Those smart marketers at Panasonic throw in the lens hood as an included accessory. (kidding? maybe...).

I've shot a few things with the 42.5 but I've been enmeshed in some video/photo hybrid shoots and that's something the D750 and D810 do with greater ease (and longer battery life) than the Olympus cameras. Today was my first day to spend three or four hours shooting with nothing but the 42.5mm economical Panasonic. When I got home from my walk I shoved the Large Super Fine jpegs into the absolute latest rev. of PhotoShop CC and took at silly look at 100%. The lens convinced me that it's in the class of High Nano Acuity along with a select smattering of other lenses. When I start investigating my own brand of ne plus ultra prints (tm) it will be one of my "approved" optical tools.

The lens is also small and light. Works well on both dominant m4:3 systems and even comes with I.S.

You should rush right out and buy one now. They may become scarce..... 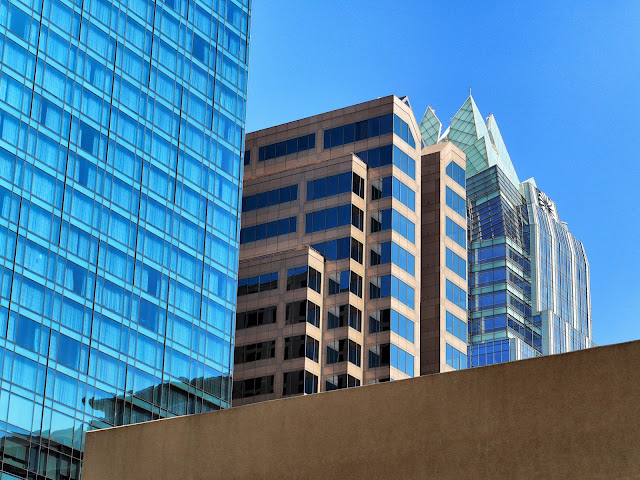 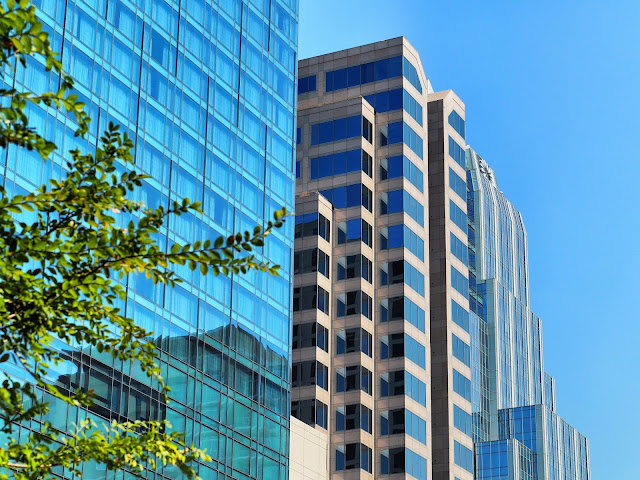 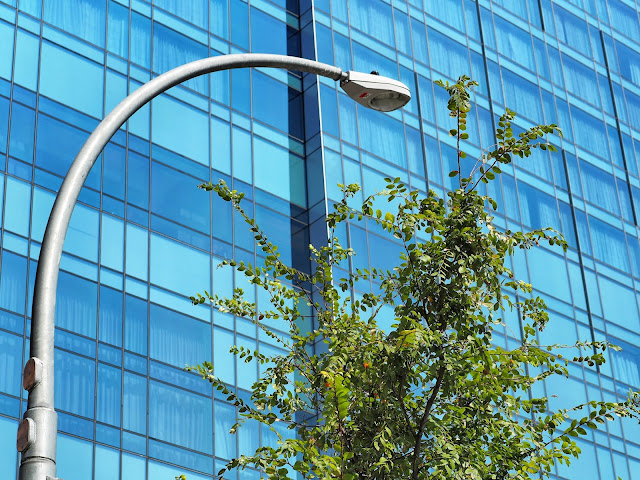 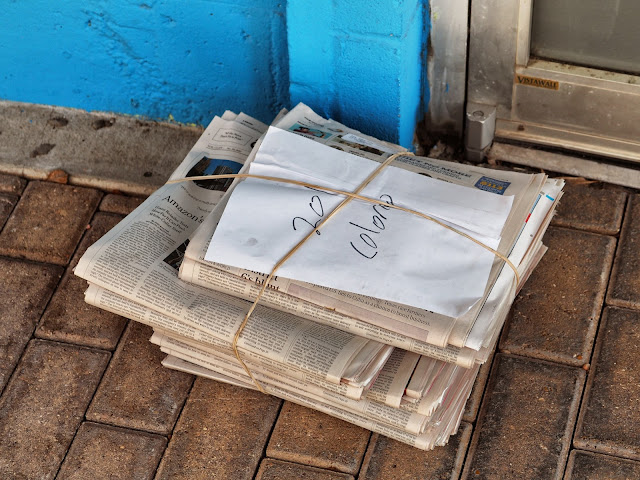 Guess which company gets a delivery of Sunday New York Times newspapers in downtown Austin!?? Why it's Google Fiber, the subsidiary of the world's biggest aggregator which is helping to kill real newspapers and journalism around the world. I guess when the elite companies who are changing the "paradigm of tomorrow" really need solid news for their own research they still depend on the wonderful resource of well researched and well written journalism from one of the few sources left standing..... And they like to put on their white gloves and read it on paper, the way the gods intended. 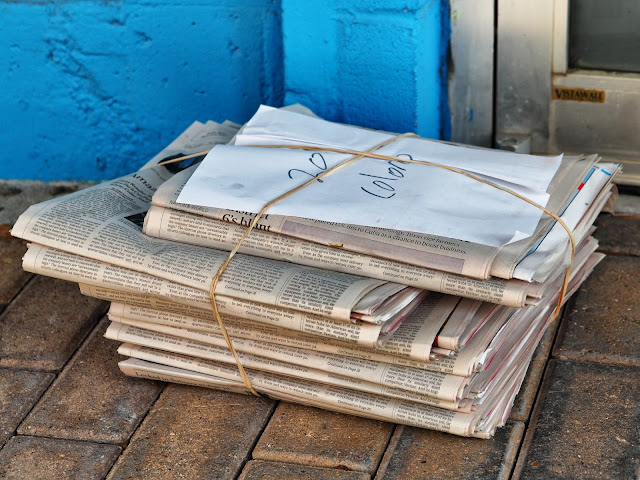 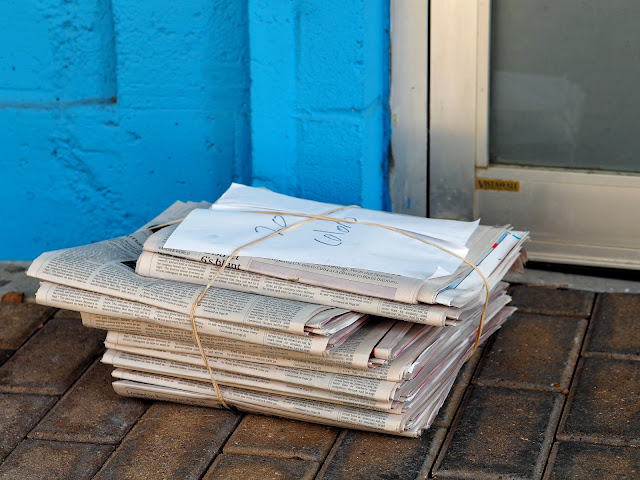 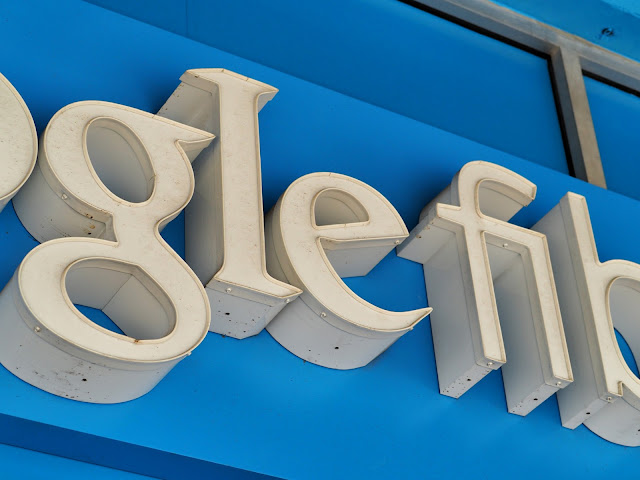 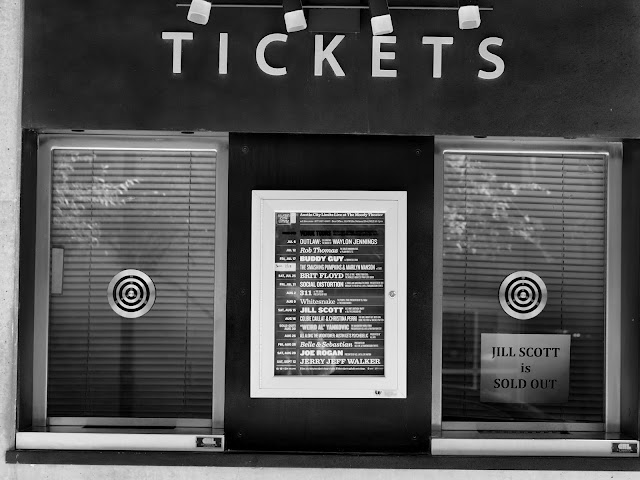 Fun line-up of live music at the Moody Theater/Austin City Limits. Sorry to let you know that Jill Scott is sold out. But I notice that Weird Al Yankovich is on the list.... 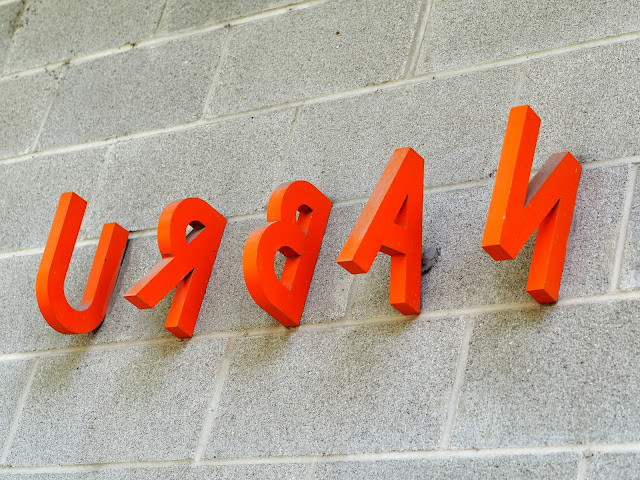 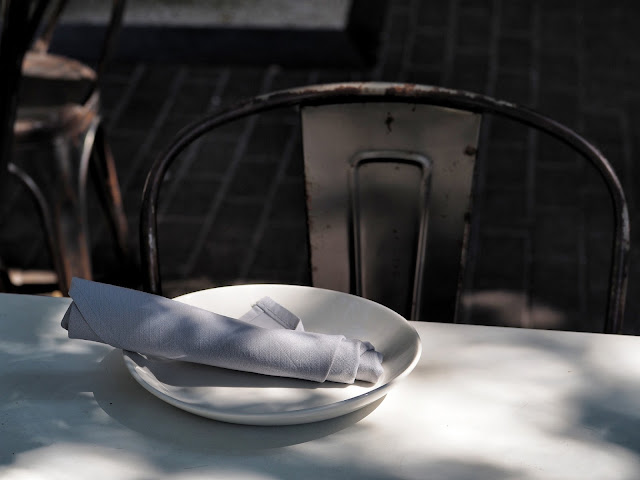 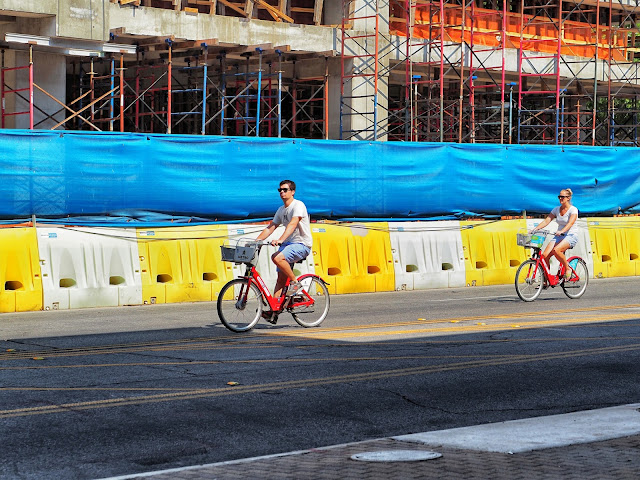 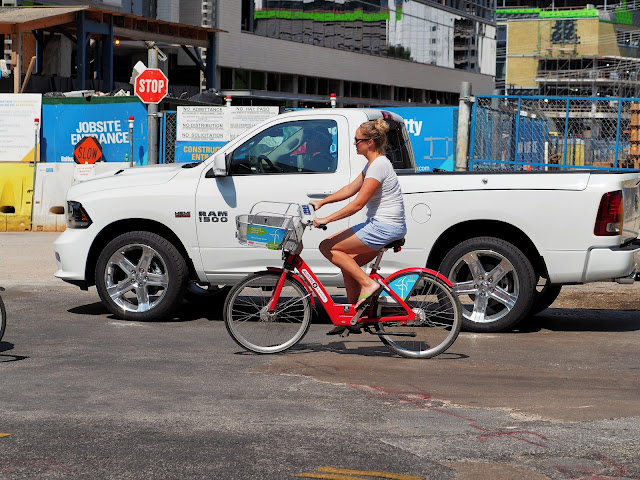 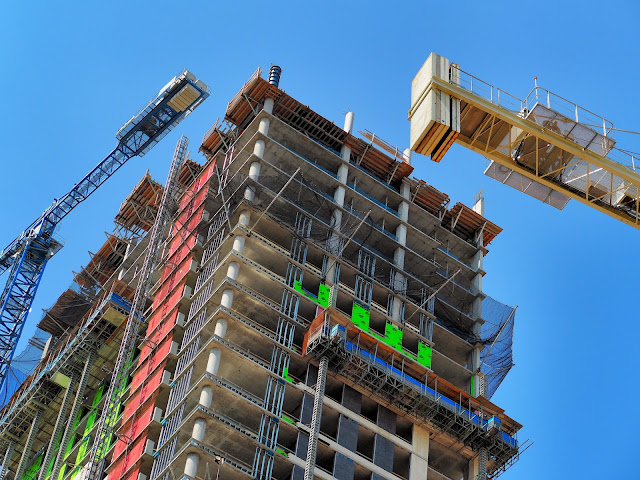 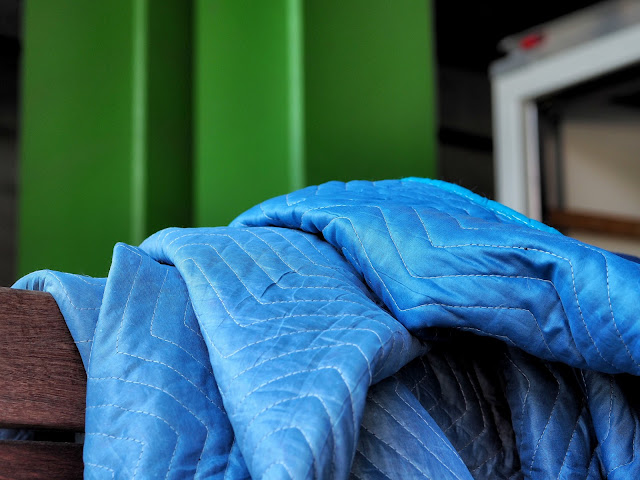 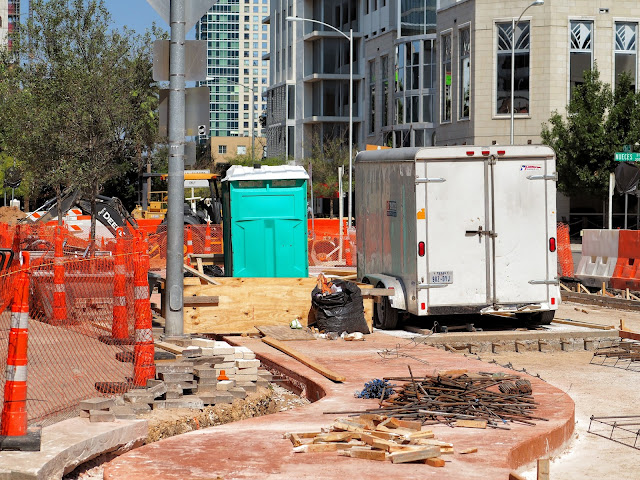 We love taking our friends for walks around the city so they can see for themselves how beautiful and special Austin (the new Dallas) can be. The construction clutter is everywhere. No one's mom is teaching them to clean up after themselves anymore... 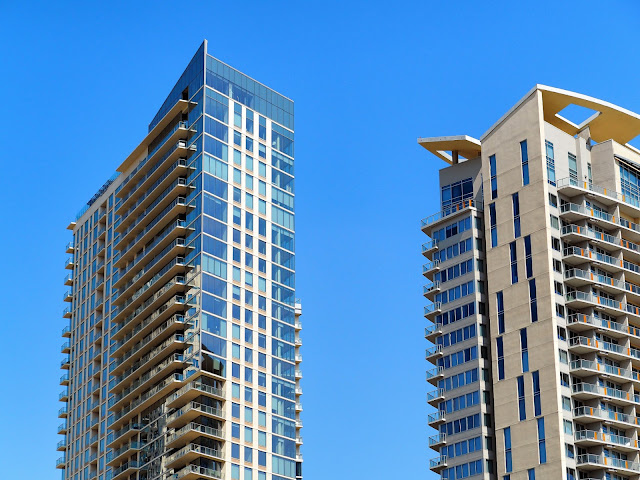 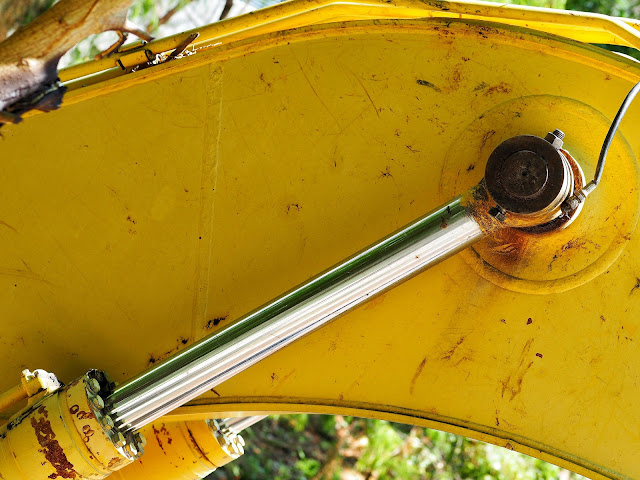 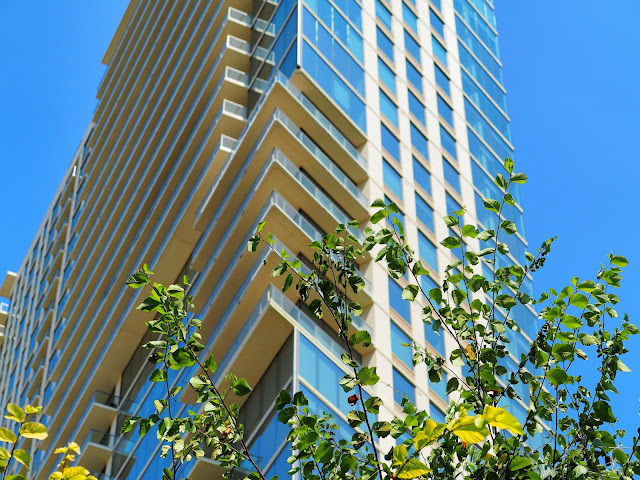 To sum up. Lens very good. Walk always healthy for your eyes and your heart. Construction currently ubiquitous, makes me think the bursting of the bubble is coming sooner rather than later. Finally, nice to walk on days where the temperature stays away from the triple digits.

VSL is an Amazon Affiliate site. If you click through a link here to Amazon.com and buy something we get a small commission which does not affect the price you pay. As with any blogger's recommendation, take everything you read, that suggests you buy something, with caution and trepidation. We are a predatory group of blood suckers, for sure....

Posted by Kirk, Photographer/Writer at 14:52 14 comments: