How do you design light?

What does your light say? Direction, quality and the motivation of the light are all much more important than the kind or brand of instrument you use. To get it right, use the light. My friend, Will, likes to light portraits with one light. If given the choice I will always use two. I think the background usually benefits from its own source of illumination.

Three lights are generally too many for a single portrait. The more lights you use the more complicated production gets and it's almost always a case of diminishing returns.
Posted by Kirk, Photographer/Writer at 18:58 6 comments:

Fun on a Sunday Afternoon. Sony RX10. Kirk Tuck at the Wall. No, not that wall... I am fascinated by two things lately. One is the Sony RX10 and the other are the giant walls filled with ever changing, legal graffiti. One fascination led to another today as I grabbed the RX10, an extra battery, and a microphone and headed over to Baylor St. to document the wall and grab some interviews with some of the artists who come by to work on their art.

When I finished with the video shooting (so much fun) I decided to give the still side of the camera a work out because it's still very new to me and (uncharacteristically) I haven't photographed very many people with the camera and I've withheld my opinion about the camera's portrait ability until I have more total data points to integrate.

The wall of graffiti is a great thing to shoot because I can look for tiny details as well as bold concentrations of saturated colors.

I shot the video in the best light and I will tell you that I have already reviewed a lot of the footage and to say that the video files from the RX10 are sharp and detailed while still appearing natural is an understatement. This may be the best video camera I've ever shot with. Ever. But take that with a grain of salt because the Sony Beta SP cameras I used in the 1990's were not HD and I haven't really touched a dedicated video camera since then. I know the Sony F55 is much better but it's 25 times the cost and....well it's 25 times the cost! I'll get some video up as soon as I edit it in but I'm trying to figure out a bold work around.

I used an Azden mini-microphone in the hotshot of the camera, didn't bring headphones, and just trusted to the fates that the audio would be fine. After all, it was perfectly good the last time I stuck a Rode microphone on the camera. Well, my hubris was smacked down by the gods of audio and they rendered by Azden mic mute. Narrator track here we come...

Back to the stills. I used all the focal lengths on the camera and then some. I engaged the digital telephoto setting and occasionally cheated by going off the reality end of the zoom and into the highly magnified, made up area of the zoom. I'll note which still is an example of that below.

Here are my observations: The camera handles well and with the "active" setting that incorporates physical I.S. along with digital I.S. the camera is rock steady and easy to handhold at its longest focal length and at shutter speeds down below 1/50th of a second. Here's an interesting operational note; the zoom will not operate as long as you have your finger pressing on the shutter button. The EVF works well in full sun and the images on the monitor in the office match what I was seeing on the EVF on site.

The files have really good detail to them and the flesh tones (where relevant) are neutral, non-splotchy and very pleasant. "Yes." I can use this camera for portrait work.

Have a gander though the images below and take note of particular images which are samples of some effect or another. 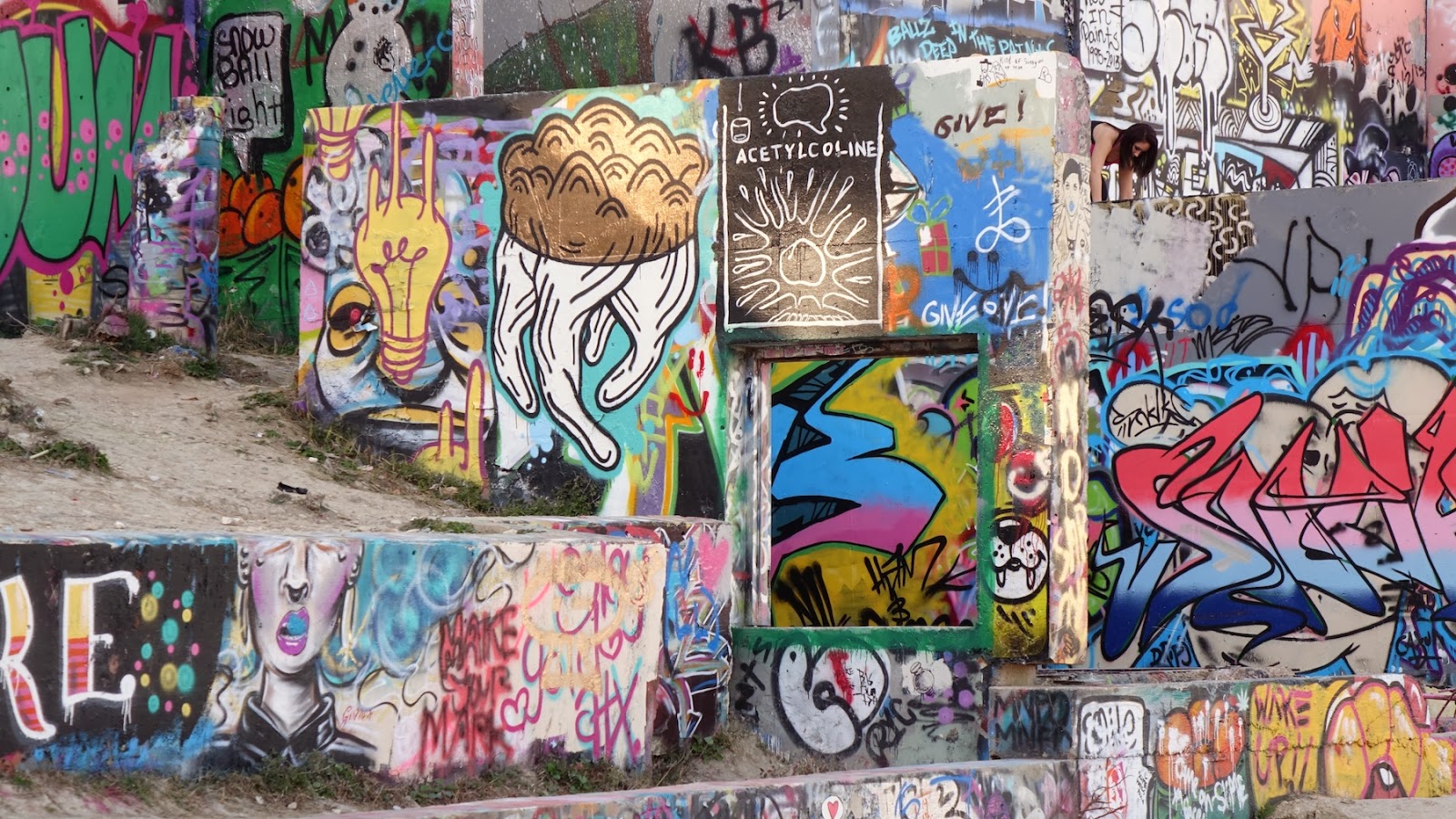 A wider shot in open shade. 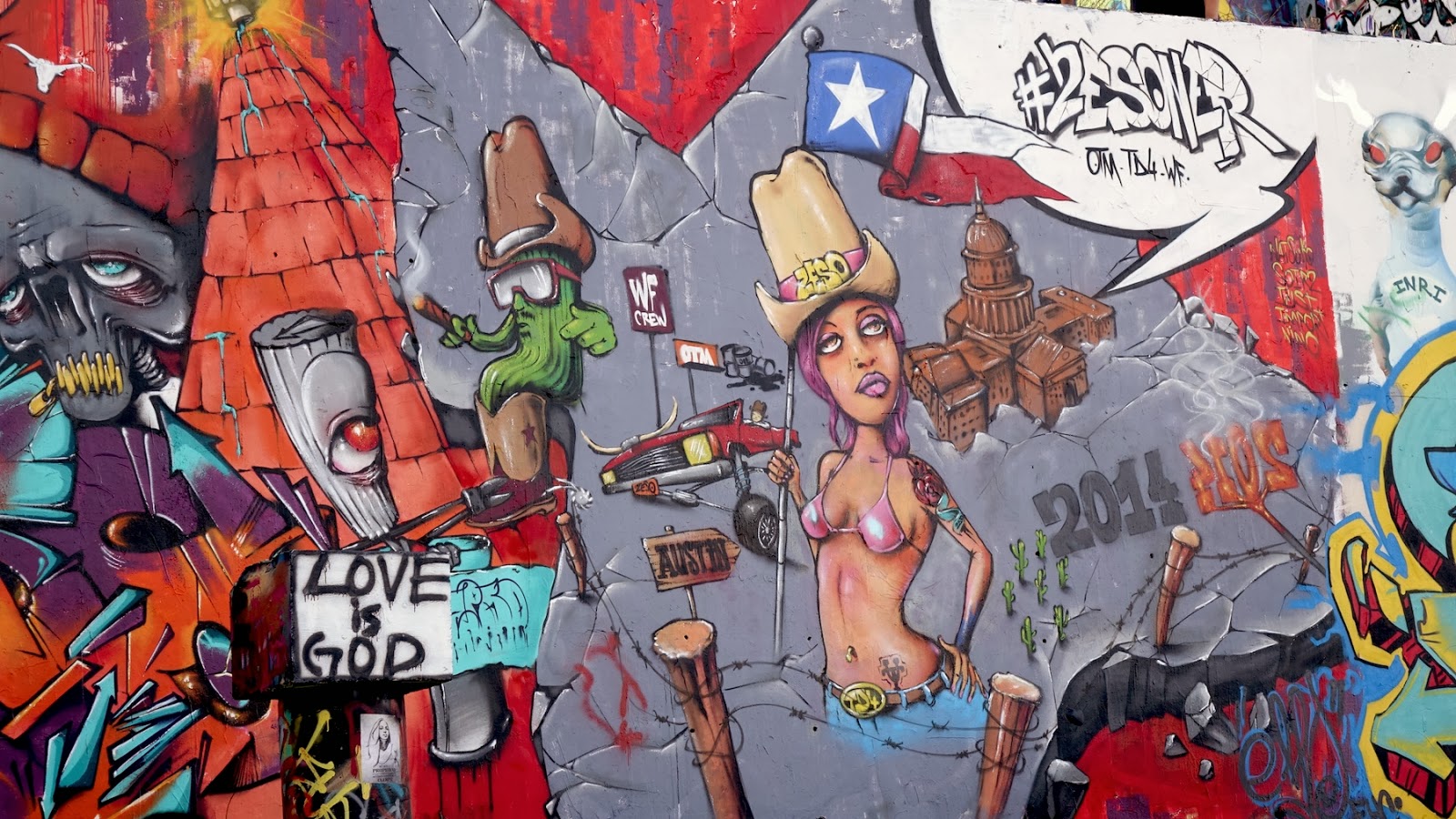 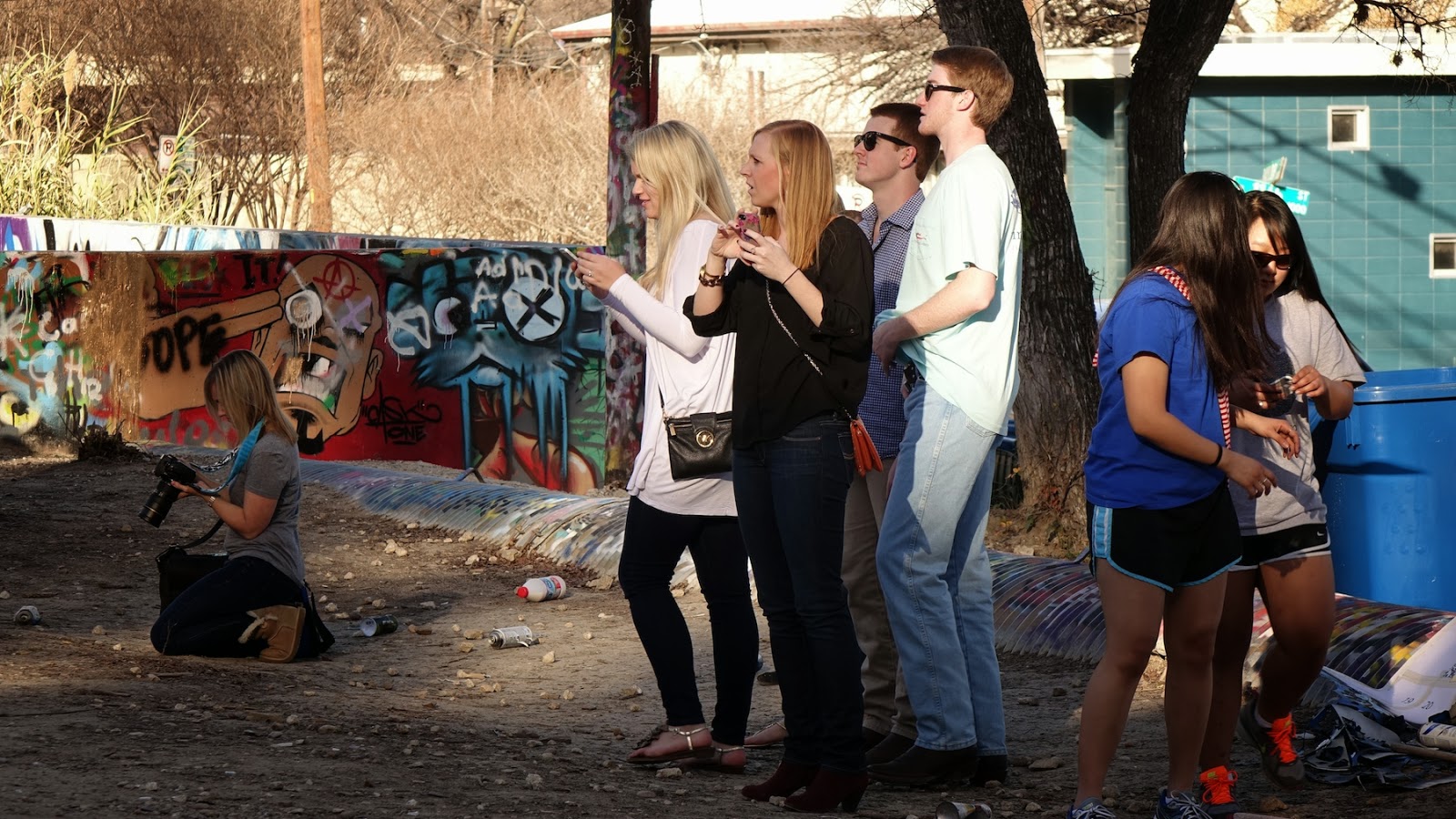 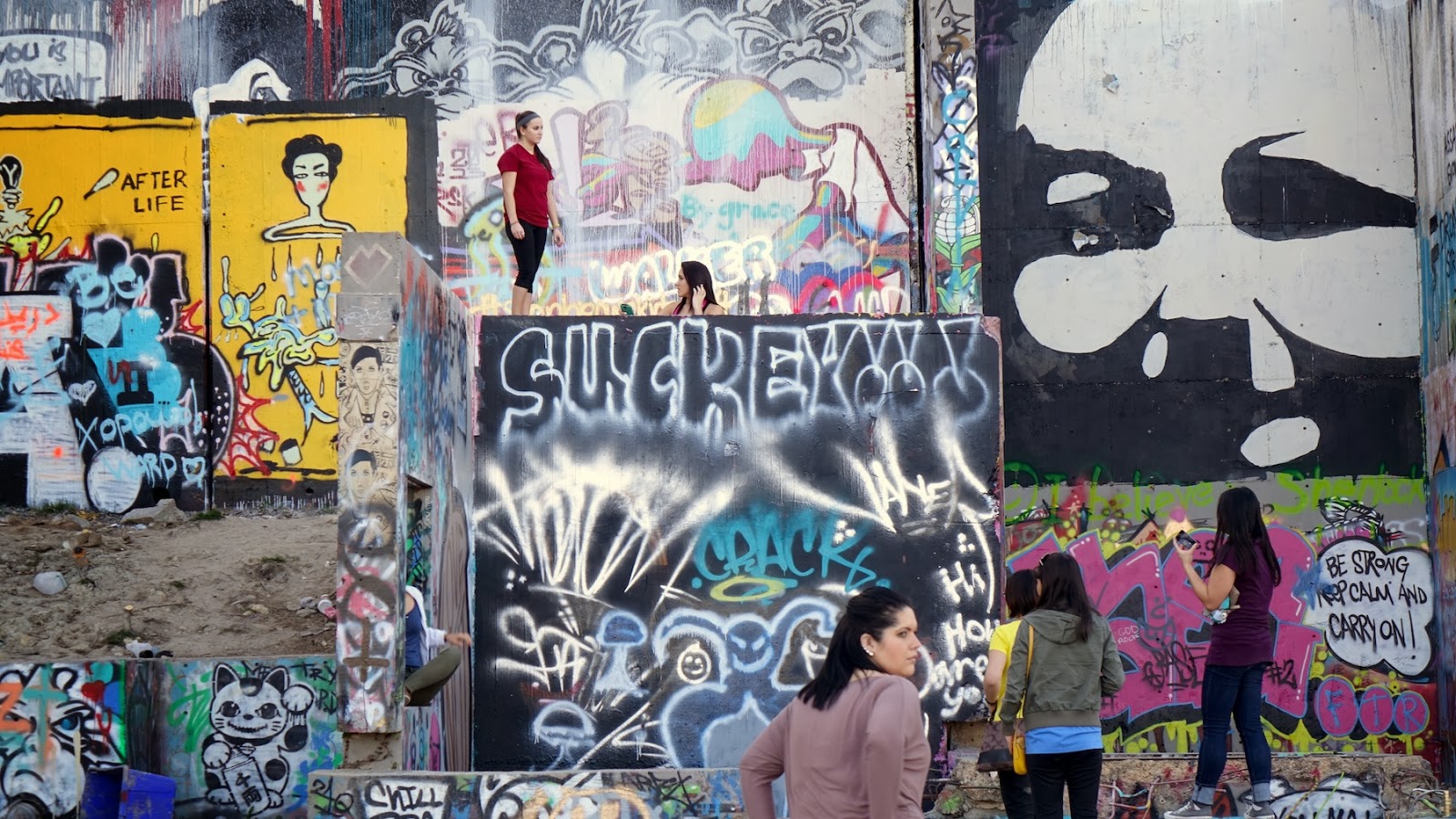 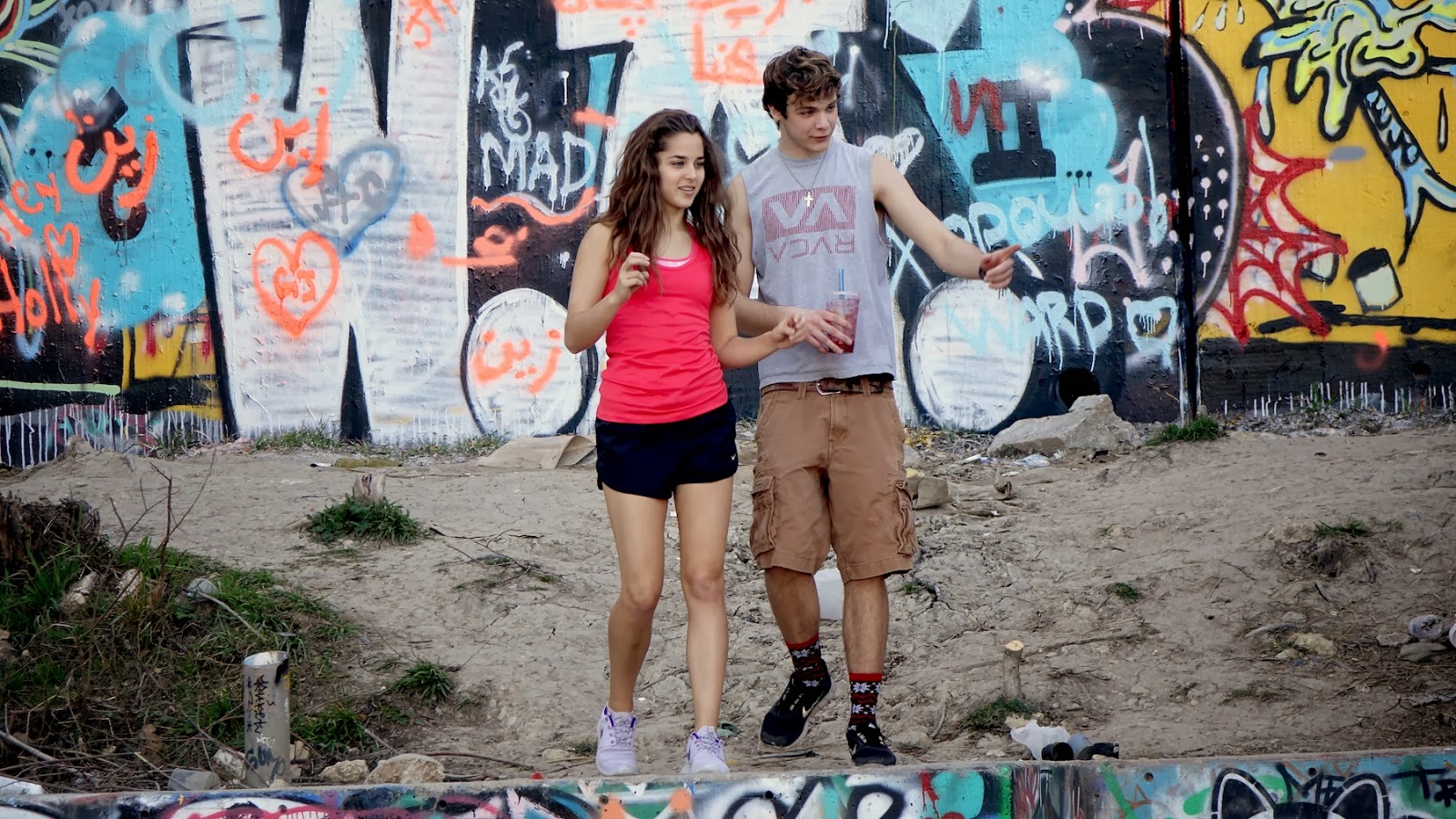 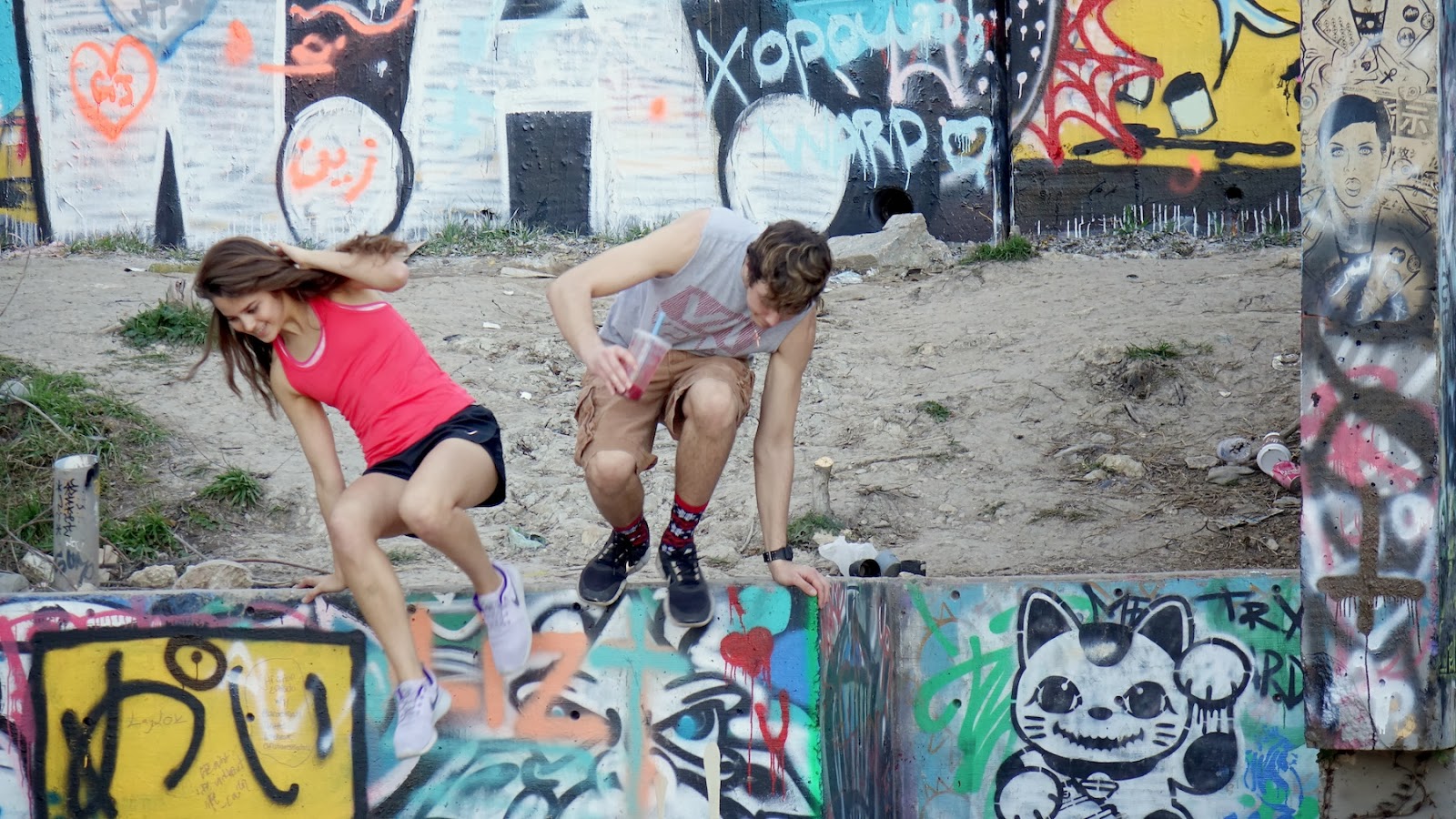 She was moving and he had paused. The slow shutter speed was enough to render the guy sharp but too slow to render the movement of the girl sharply. 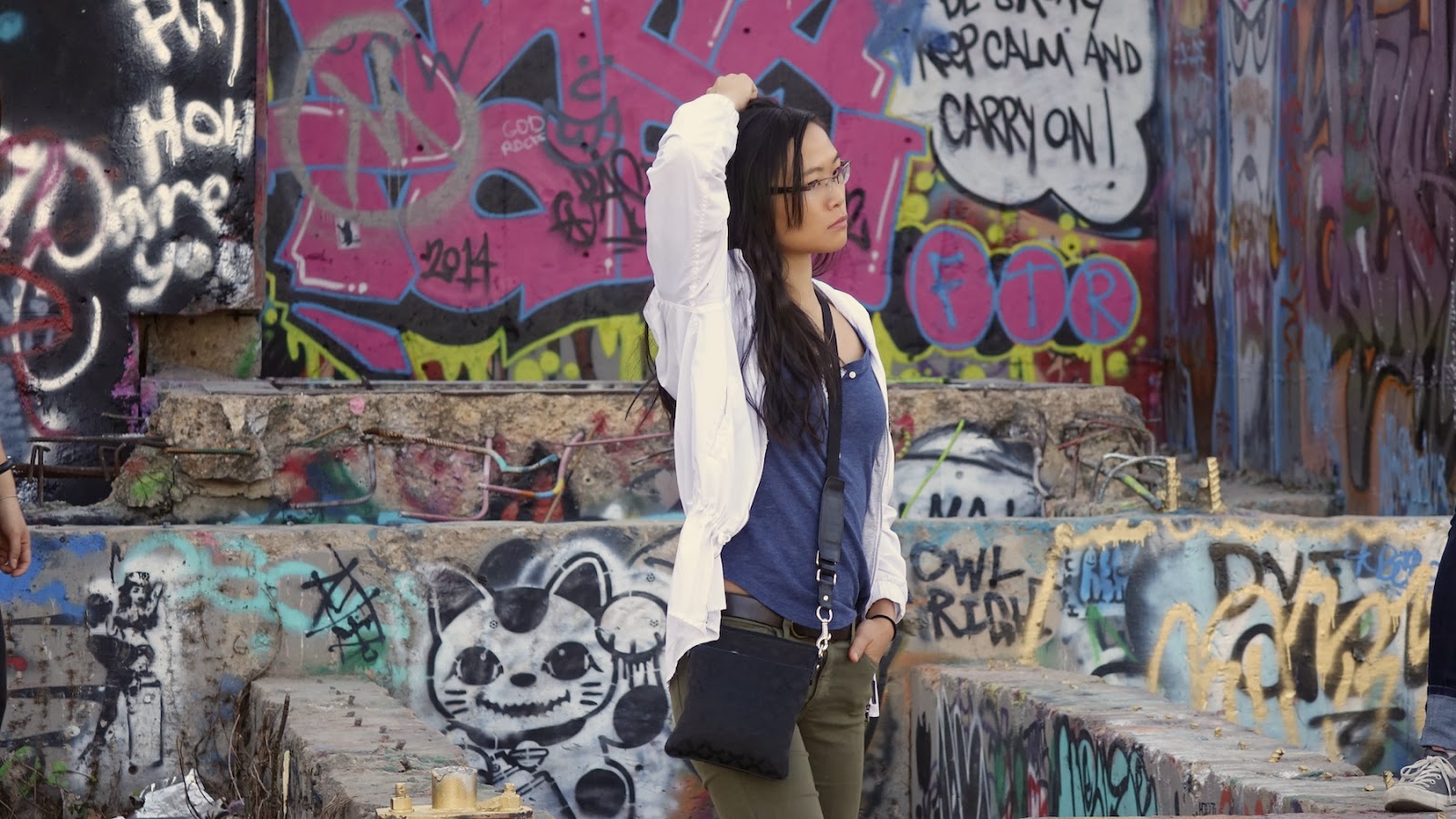 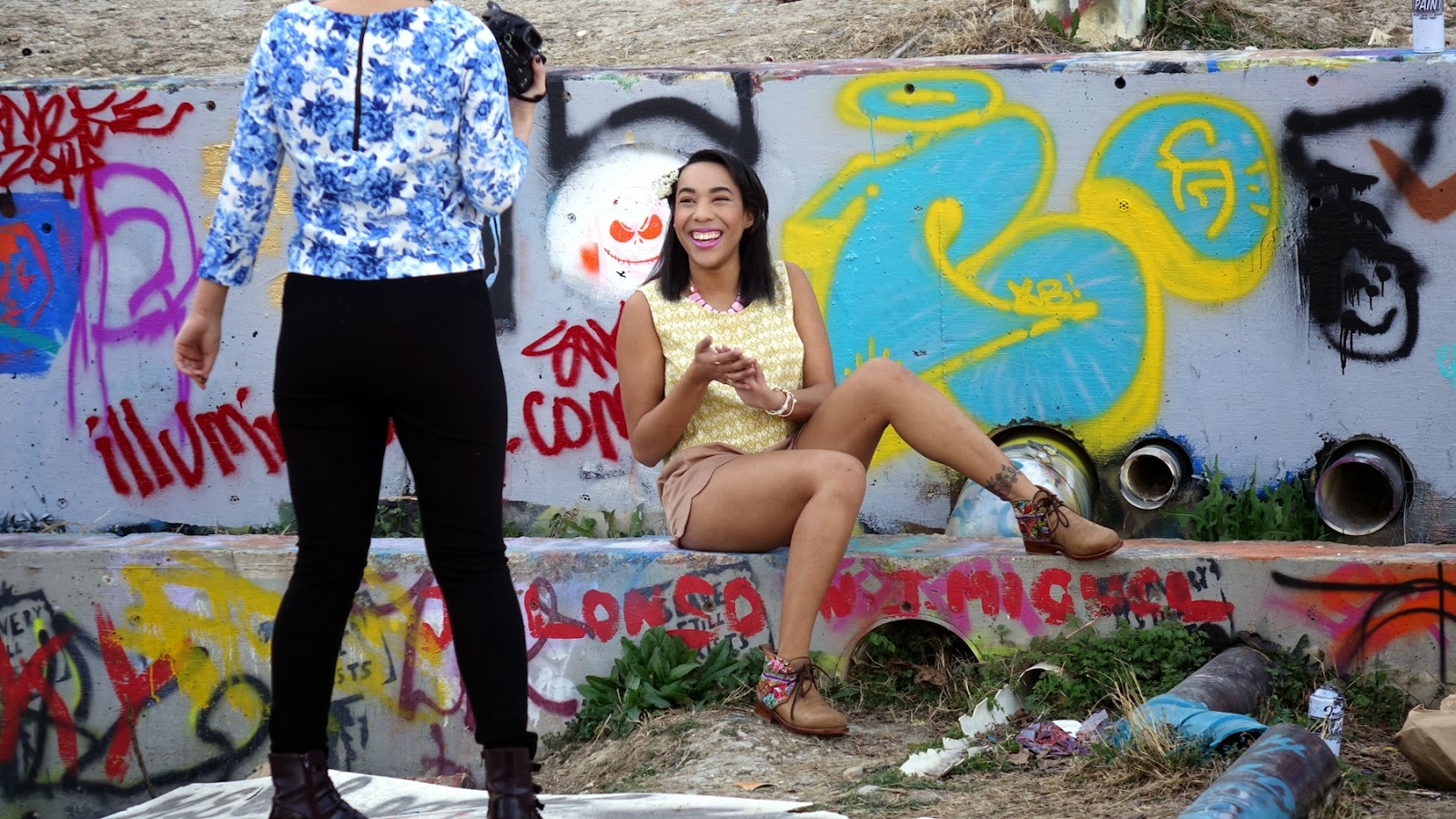 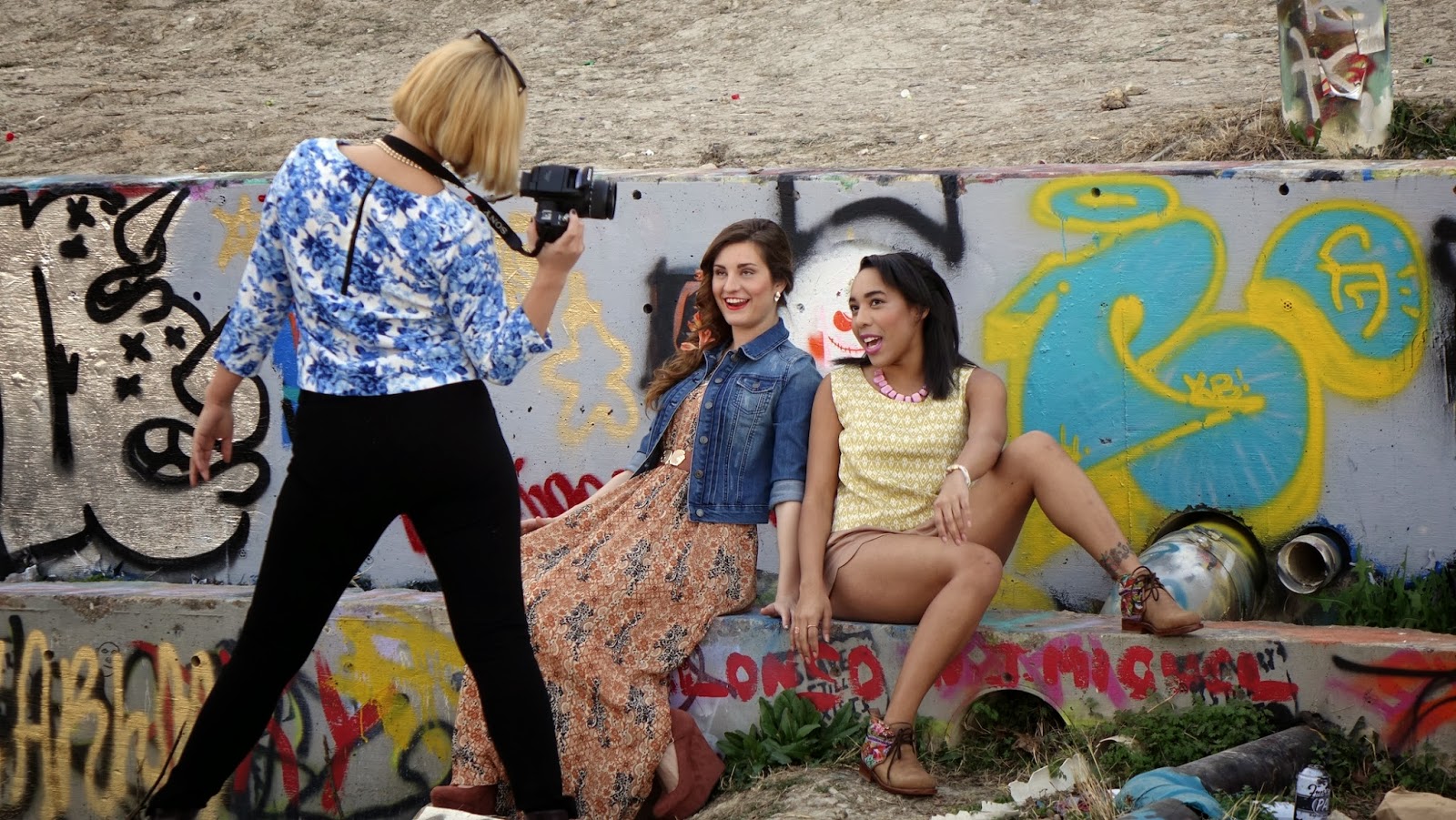 An embarrassingly awkward stance for a "fashion" photographer. But I liked her pearl necklace. And I noticed that she was shooting her images with a Sony R1 camera. What are the odds? 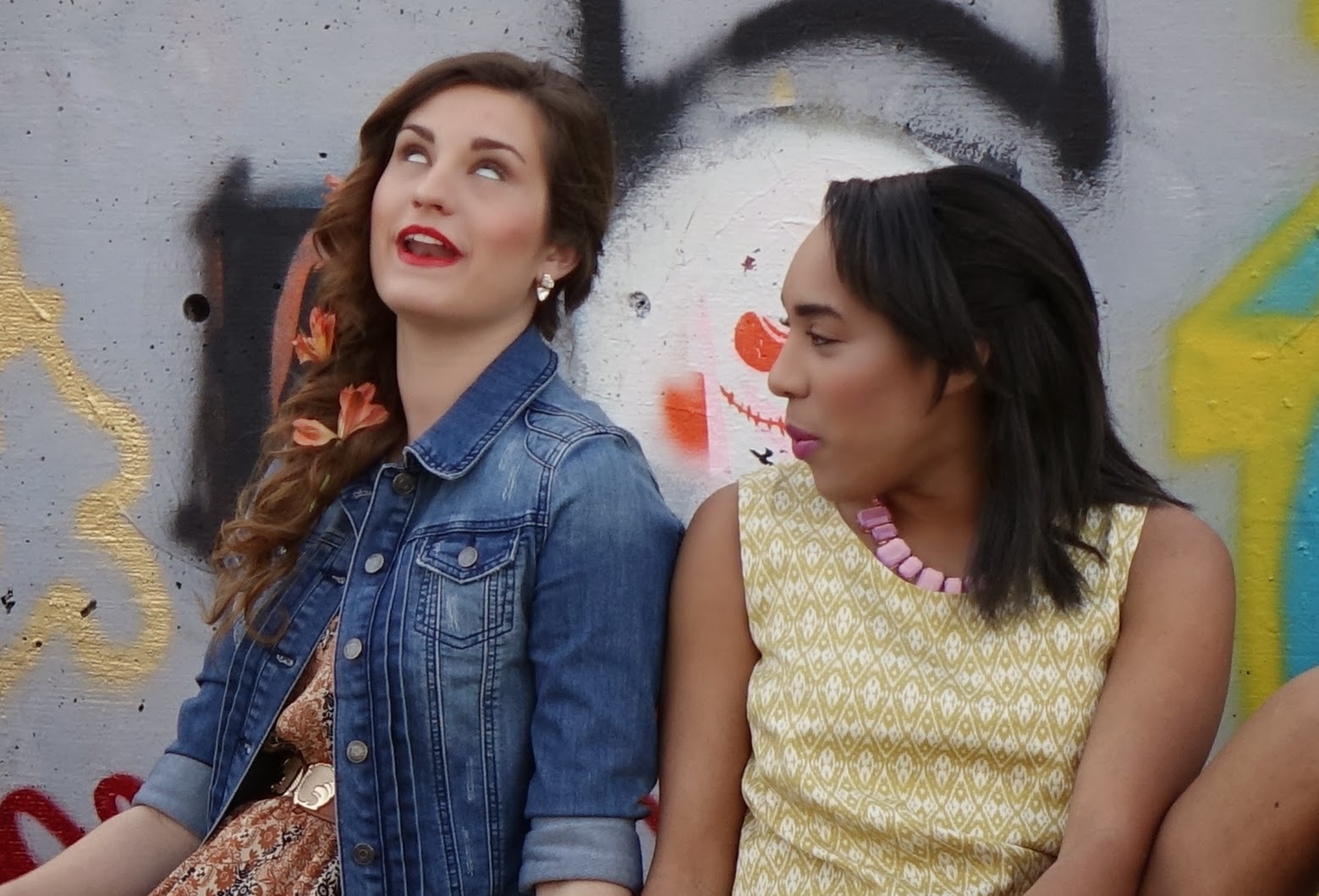 Here's the close up so you can evaluate skin tone (and rolled eyes) while the image below is the full frame. 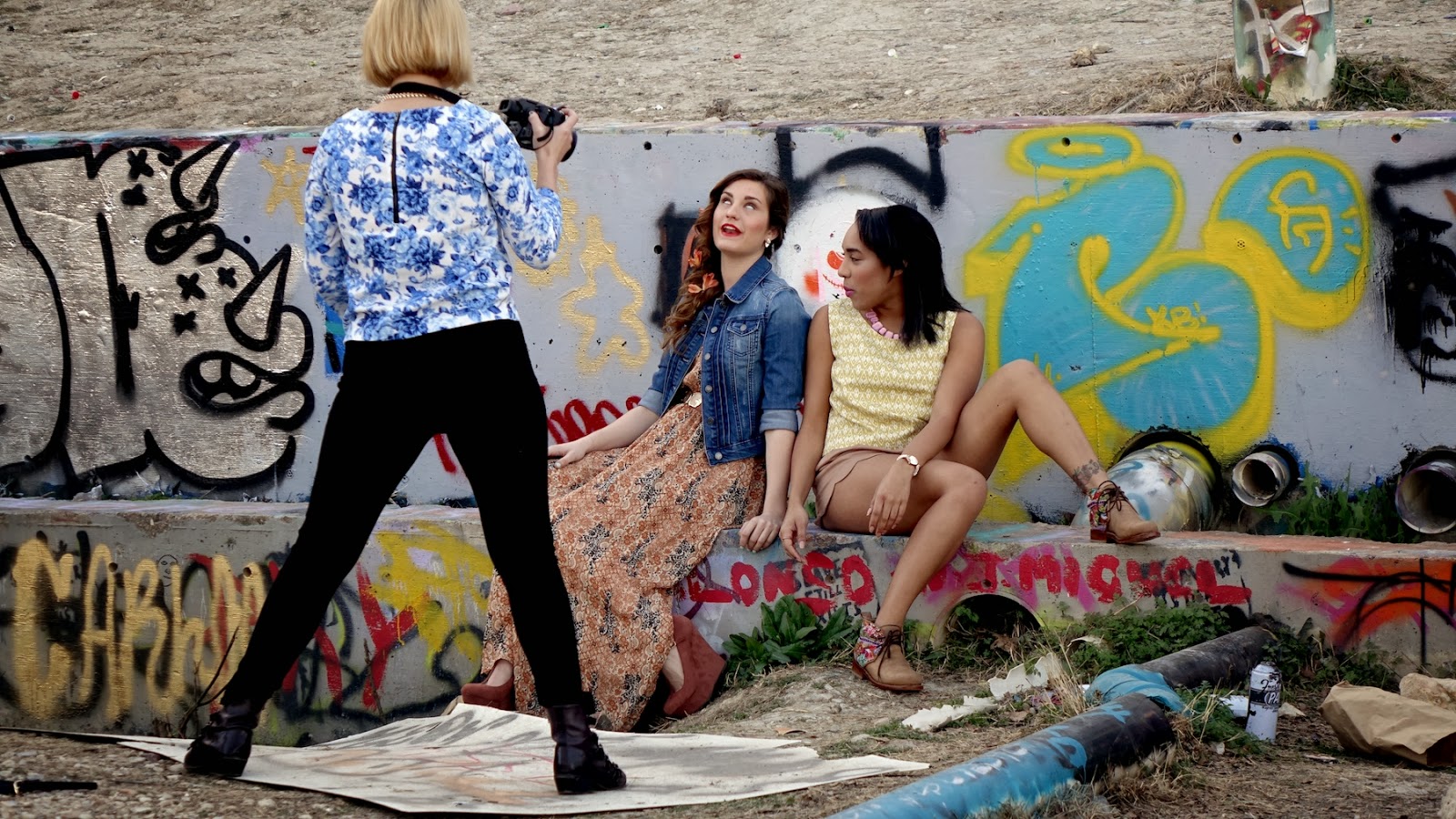 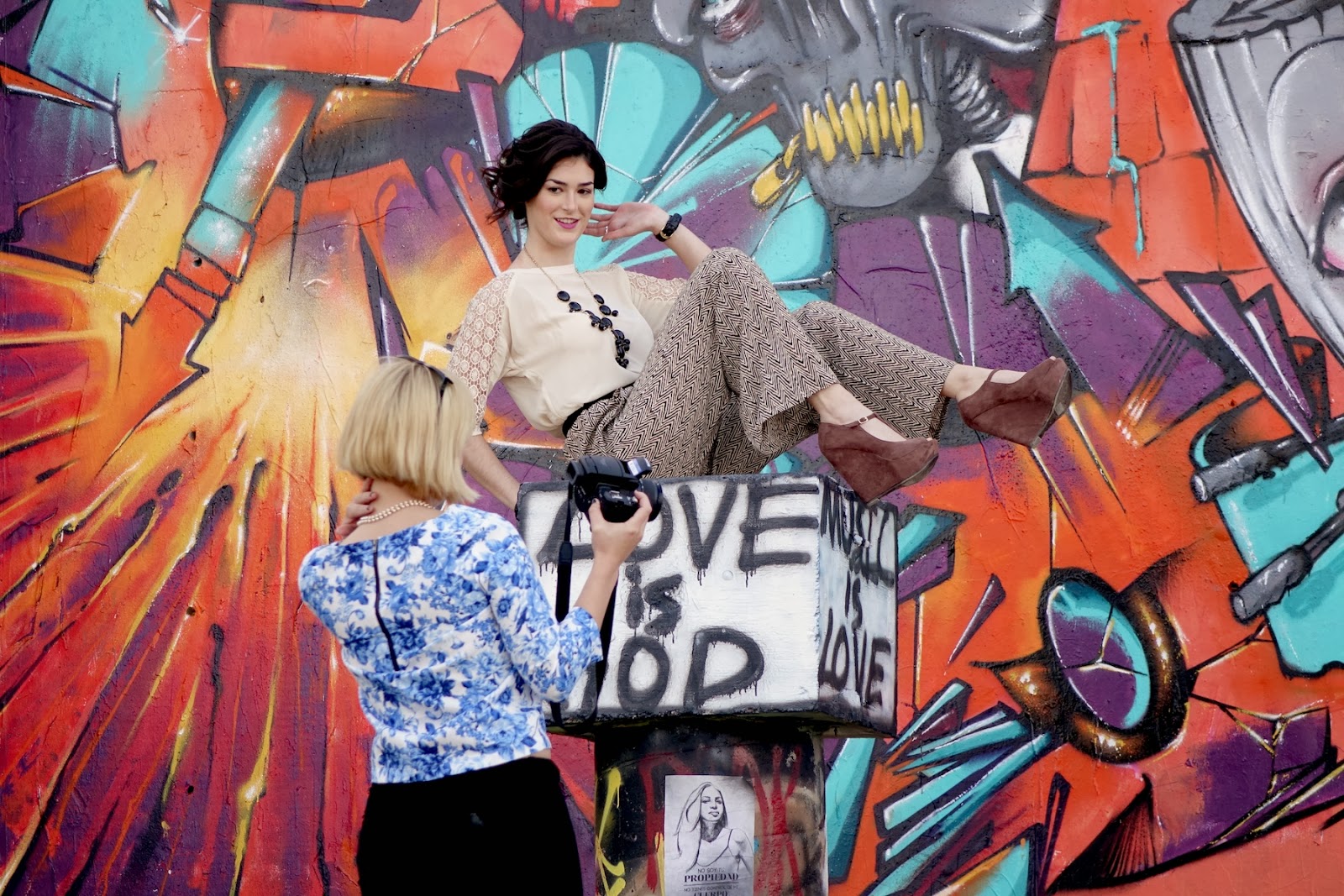 I'm not sure the clothes are a good match for the outsider art. 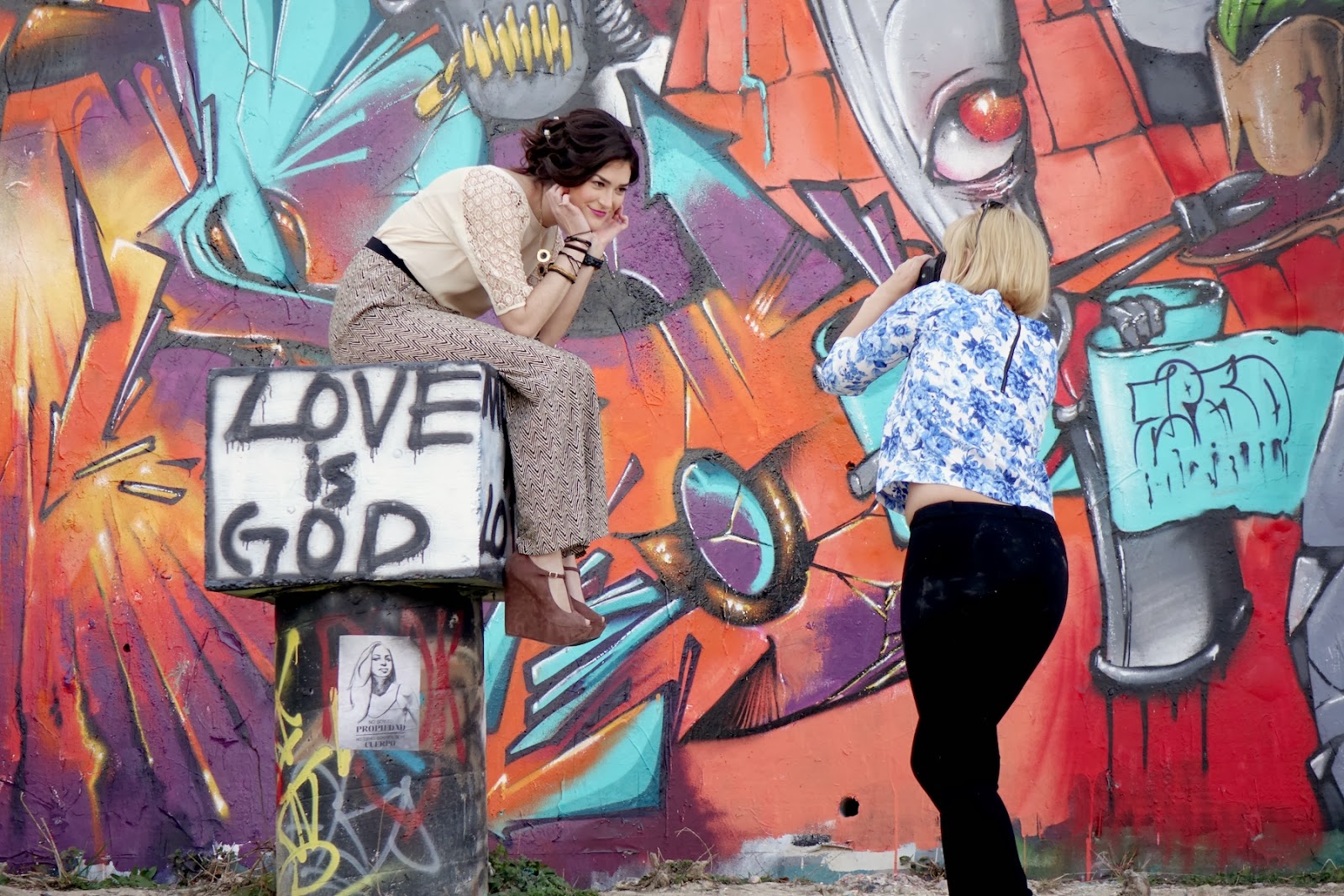 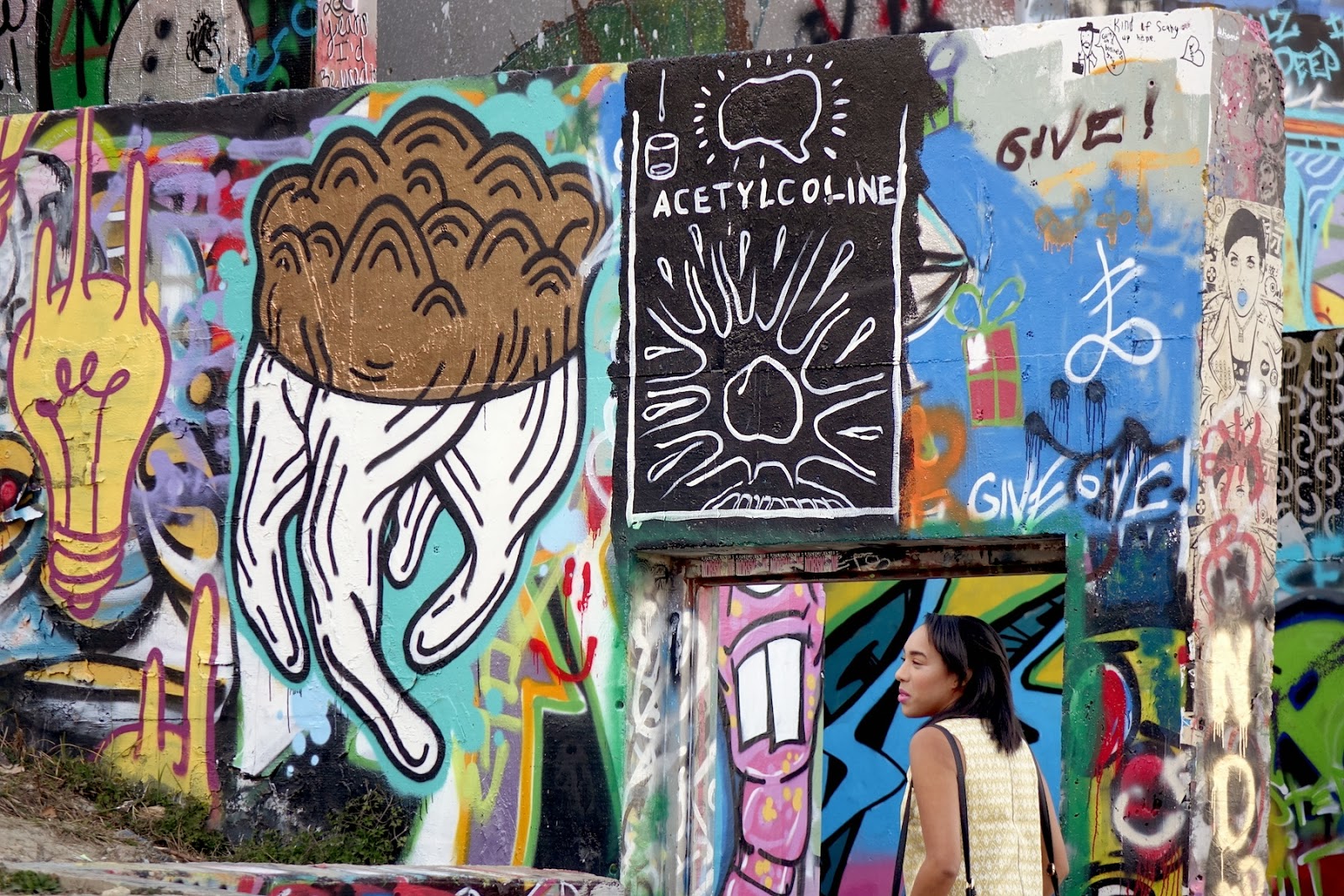 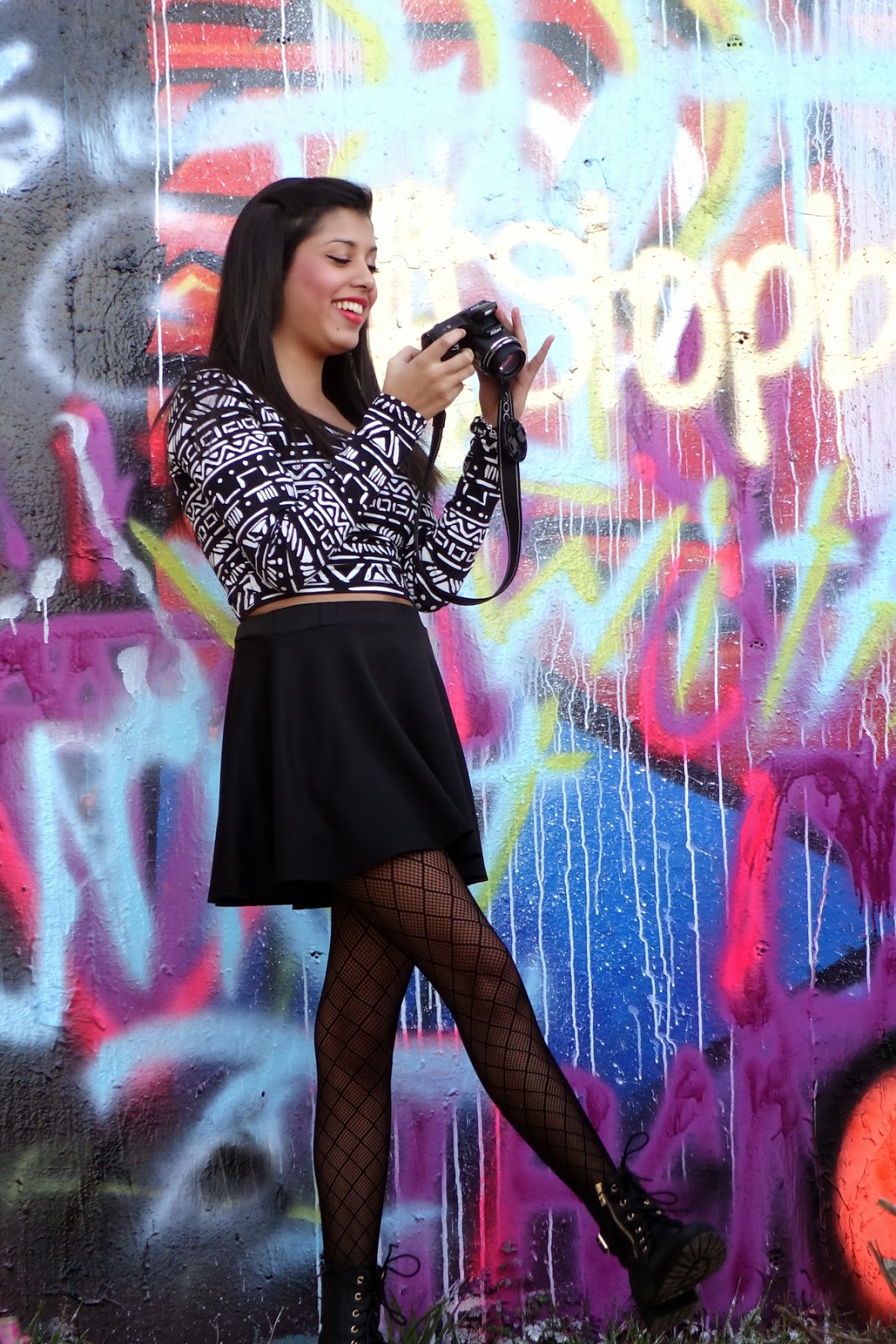 Here is an image from the camera at the full 200mm equivalent setting. 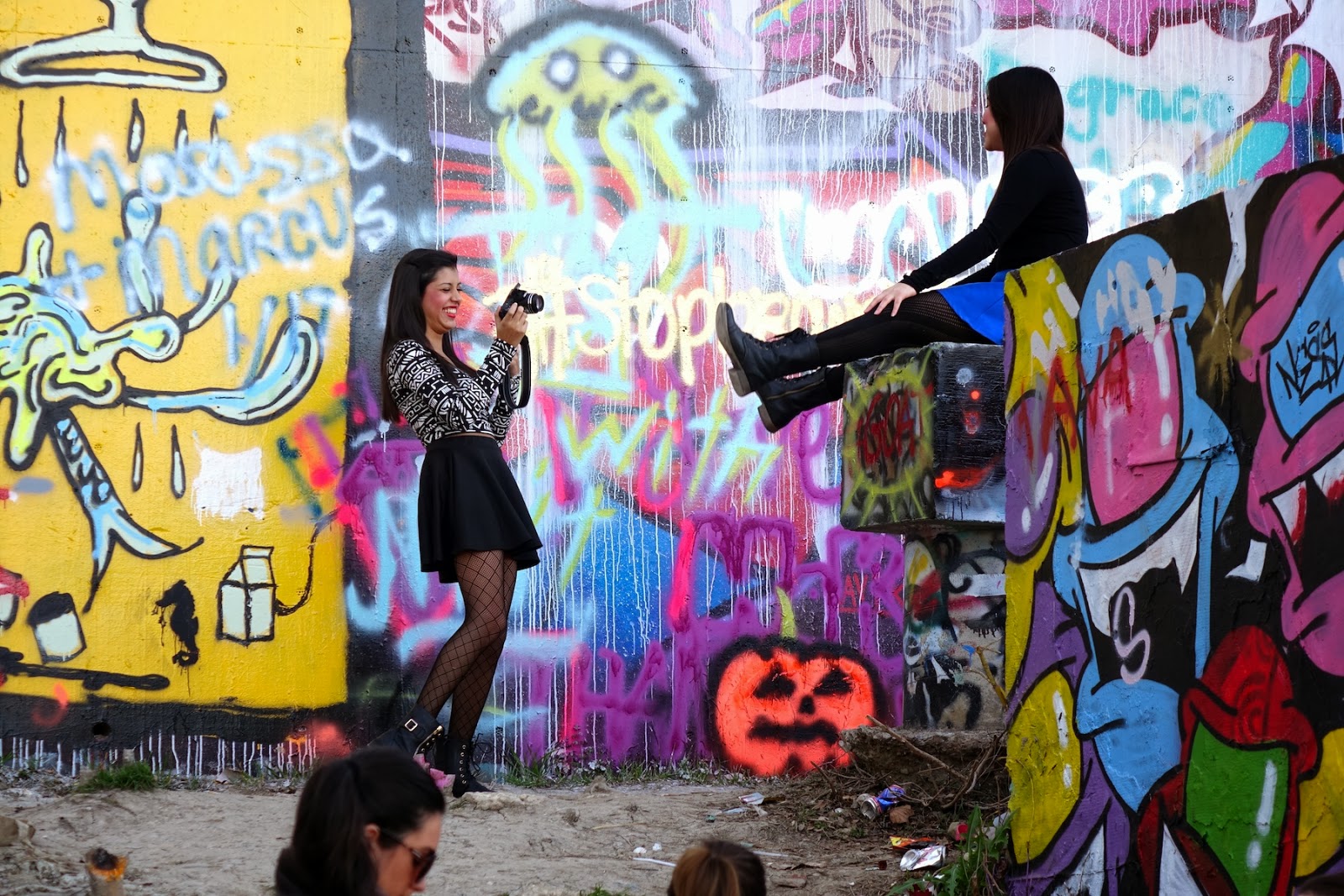 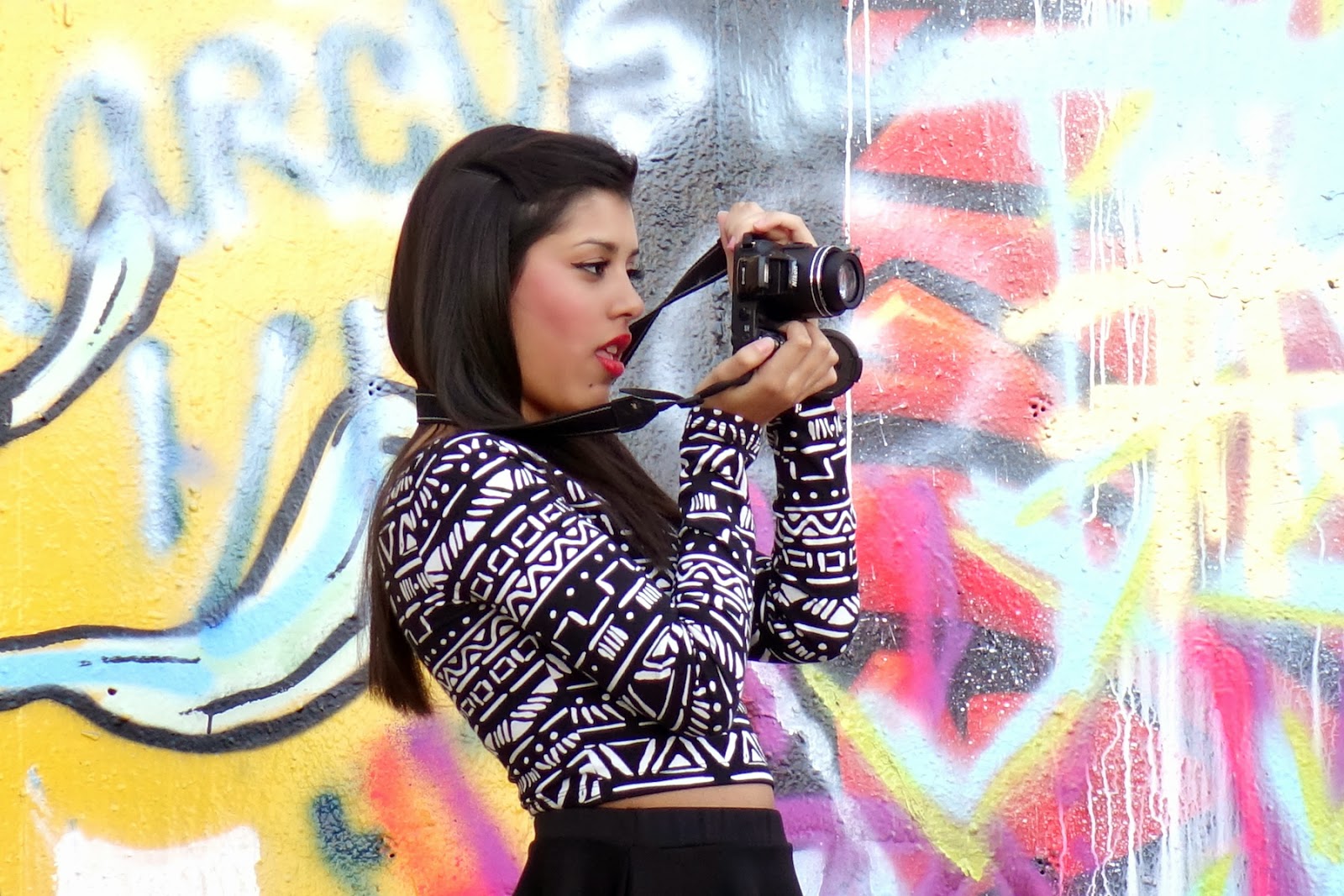 The image just above is a 2x mag of the longest setting via the miracle of
digital zoom (and active image stabilization). 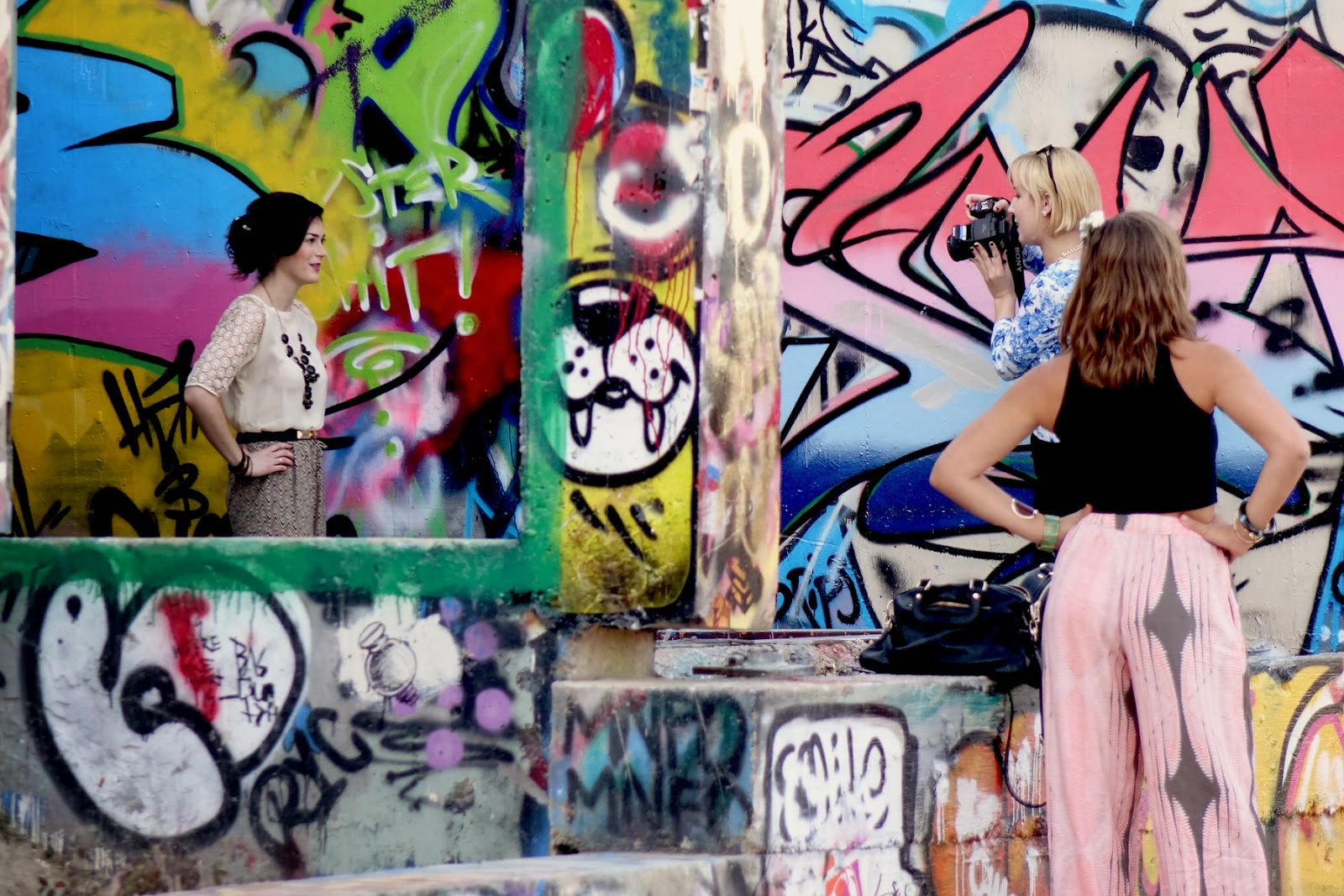 I am thoroughly satisfied with the RX10. I'll keep shooting with it until I run into some sort of technical road block but I can now recommend it whole-heartedly because it works very well and the video also looks superb. Inventory for the next out of country shooting trip? Two of these (one as a back up) and a pocket full of batteries. Plus a full on sound check with headphones for external microphones. Live and learn. Again and again.


Posted by Kirk, Photographer/Writer at 18:54 7 comments: