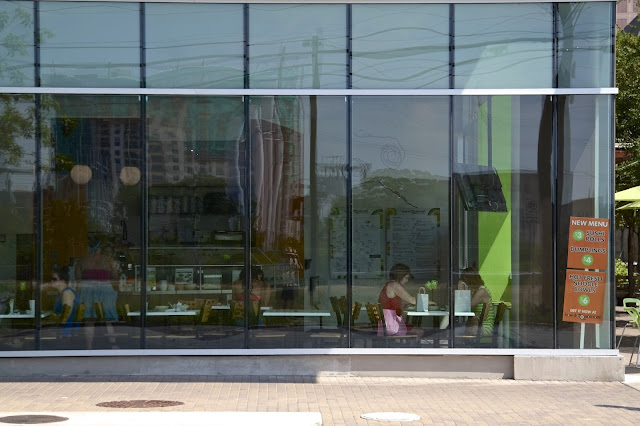 My wife nailed it. I have too much anxiety traveling because I spent so much time traveling for big, nail biting jobs back in the 1980's, 1990's and the early part of this century. Nearly every trip was a production nightmare that required me to hit the ground running, work to a tight schedule and then be off to the next location without a hitch. Our peak travel experience was about 23 weeks of travel in 2000 and a almost that much in 1999. Part of the routine was to hit the airport with a pocket full of $20's for the Skycaps. We traveled with enough gear to light just about anything and enough medium format film cameras to make sure we could get the shot even if the first three cameras failed.

Things have calmed down quite a bit as the digital age has matured. Clients are less willing than before to fly photographers hither and yon, and when we do fly we can make due with lots less gear. Think more along the lines of two much smaller cameras, a small assortment of zooms and a bucket of radio triggered speed lights.

The biggest difference is probably losing the hassle of carting a hundred rolls of film around at a time and begging to keep them out of the x-ray machines. When you add in the lead lined bags we used to protect the film the weight and bulk really added up.

The last few times I flew for jobs I carried just a bare bones digital camera system with lenses and some extra batteries. Everything else was shipped ahead. And for the Craftsy.com course in Denver I brought one large Domke bag onto the plane with me and sent three cases of stuff with UPS. Nearly 200 pounds worth...

But flying has just gotten crappier and crappier. I'm flying out on Labor Day so I'm arriving at the airport two and a half hours before my flight. The Austin airport gets crazy.  I'm flying out of the country so I can't do a complete  online check in 24 hours in advance. A machine or a person has to look at my passport before I get my boarding stuff. You get to buy your meal in the air. Oh boy.

I'm supposed to consider this trip a fun and carefree jaunt but something in my brain won't let go. I've got a gear packing list in front of me. I've got multiple sets of batteries on the chargers so I can hit the ground running. I'm adding apps to my iPad to increase the flexibility of my communications and file manipulation options. I've tested my test camera with over 500 exposures. I have Google Maps for destinations in and around Berlin.

I have a travel folder with all the travel details and contact names. I have a camera bag toothbrush and a suitcase toothbrush.

It's all just too much. Once you've traveled as an obsessive/compulsive professional perfectionist with teutonic time intensity perspective I think it may be impossible to go back to a sleepier and more relaxed method of traveling.

How did the gear list pan out? One Samsung Galaxy NX camera body. One Samsung NX300 camera body. 16mm, 30mm, 60mm 2.8 Macro, 18-55mm kit lens. That's it. I'm leaving the 85mm 1.4 behind. It's too long for most of what I want to shoot and it's too heavy. It's also the one lens that, in this situation, could use OIS but doesn't offer it. I'm happy shooting the 60. If I need to get closer I do know how to crop.  I'm also leaving the 18-200 behind. Also too big. And the long end really can make a photographer both lazy and removed. As it is I've got a pared down shoulder bag I don't mind carrying through a few airports.

My next blog should be from the road. Or the sky. Or whatever...

Posted by Kirk, Photographer/Writer at 15:57 10 comments: