It's Sunday evening here in the world of objective facts. I'm packing for a preliminary scouting and "lite" photography at the design rehearsal of, "The Great Society." 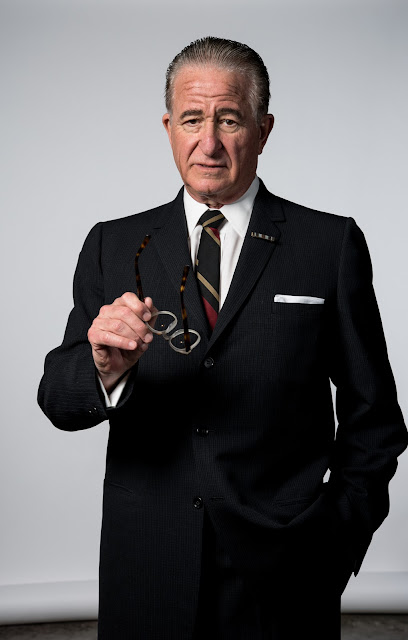 It's been an odd and disjointed weekend. I spent Friday afternoon getting to know my RX10iii more intimately. To that end I created a small, hand holdable rig with a shoulder mount, a microphone mixer/interface, a Sennheiser MK600 microphone and, of course, the camera - fitted with a variable neutral density filter. My goal was to use the political demonstrations on Congress Ave. as practice event in becoming more fluid with my handheld and spontaneous use of the RX10iii's video capabilities.

Right off the bat I'd have to say that the bigger silhouette of the rig, et al, will take a bit of getting used to. Twenty minutes into my walking journey to downtown I was ready to jettison the shoulder rig and try my luck handheld. I'm glad I didn't because the shoulder rig proved to be a very good and very inexpensive way of holding the camera much steadier than I had been able to in my hands alone.

I was also intent on shooting in the 4K mode all day so I could see for myself if the various active modes available for 1080p were some how equal to the improvement in quality of the more detailed files in the larger format. My observation is that, in 1080p, the active stabilization is very good but the addition of the shoulder mount, along with the regular 3 axis image stabilization that comes in the 4K setting, is pretty much equally good.

The afternoon was bright and sunny and the shade on the shadow side of the street was "Kodak" shade. It was a great situation in which to experiment a bit more with the video profiles. I selected PP5 which is a bit flatter than most and has a "cine" (softer curve) gamma. I also went into the profile menu and turned down the sharpening for that selection. The stuff I shot in full sun was right on the money. Good clean highlights, with no burn outs, and shadows nicely open and detailed. For where I am in the colorist's learning curve right now I would not want to go for the "full Monty" of PP7 (S-Log) right now because I'm not sure I could great it back to the real world.

One big change I've made on the RX10iii is to change the preset on the center button of the four way controller on the back of the camera. I've changed it to MF/AF toggle. I can leave the camera set in AFS-C, put a target on my subject and wait until I am certain I have good focus, and then hit the button with my right thumb which switches the system into manual focus. I know when I've gone into MF because the focus peaking indicators appear on the screen. It's a quick and convenient way to lock focus and seems to be the cousin to the "push AF" back button process beloved by DSLR shooters.

I spent three hours walking through downtown shooting, recording, trying different focusing ideas and, occasionally, stopping to interview and interesting person. We can talk about how good various video cameras are but here are a couple takeaways from my adventure: I shot some protesters with signs under some large shade trees and I could get decent exposure on them and still preserve detail in the sky. Very cool. The 4K video is very sharp and drops into a 4K timeline effortlessly in FCP X. The files are not too large and the program can read them directly, without the need to transcode them on ingestion. Were I to edit for a client I would convert them to ProRes 4:2:2 just to squeeze the nth degree of quality out of them.

The battery in the camera lasted me for well over an hour of run time which meant: no battery change necessary during my three hours on the downtown anti-Trump parade tour.

I know it might seem strange to people who feel compelled to archive everything they shoot but after I came home and scrubbed through the footage, examined the files at 100% (in motion) and generally digested what moves and focus strategies worked, and which did not, I pulled the card out of the card reader attached to the computer, stuck it back in the camera and reformatted it. I didn't have any use for the footage and I'd made the discoveries I was working toward.

Tonight I'm heading over to the theatre to sit through the design rehearsal of Zach's new play. Everyone will be in costume, the lighting set and the stage fully finished. It's a chance to see the blocking and the light cues and a chance to take images from a freer range of angles. It's like reconnaissance for Tuesday's dress rehearsal with the added benefit of also being able to cover some of the images we'll need for marketing.

Which cameras will I take? Oh, just the two RX10's. The two and the three. Another test to see just how well they do under contrasty stage lighting (again). I have some ideas based on the video profiles. We'll see how it all works out.

I had a cold most of last week. Shook too many hands the week before. But I finally made it to swim practice yesterday in time for a burly distance set. Didn't cough to much between the 400 yard freestyle repeats but the nap on the couch in the mid-afternoon was most welcome.

A crazy week coming up. Let's get going. 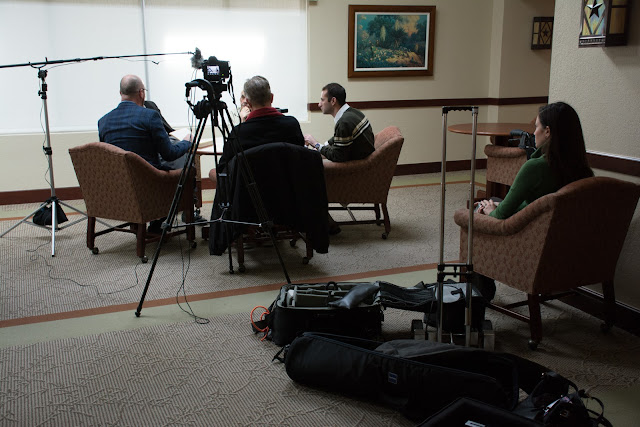