Life is like a rocket. Only the pictures show us the parts we forgot or glossed over on our way to somewhere else. 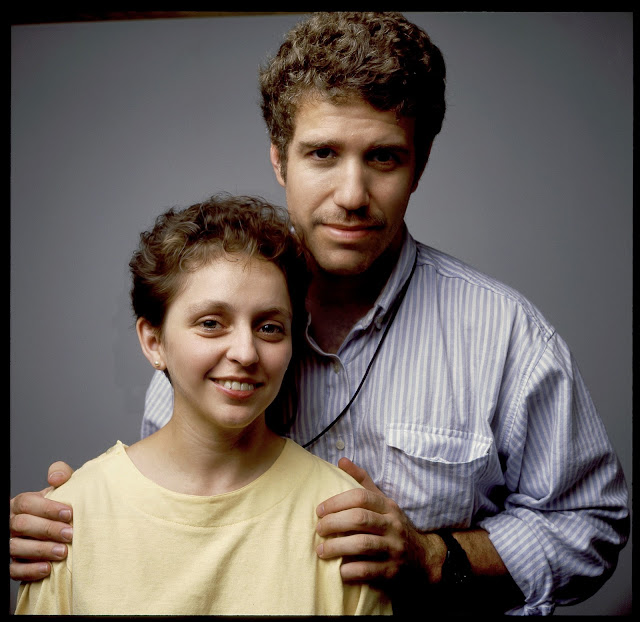 Somewhere in the mid 1980's I just gave up and kept the gray seamless background paper permanently set up in my studio. It seemed like every day there was someone I knew who I wanted to photograph. Part of it was my enthusiasm for making portraits but I'm convinced that an equal part had to do with the fact that we were so much younger and nearly all of our circle of friends and acquaintances were young and beautiful and living with health and vigor. Every image was a "best case" scenario of what it meant to be alive and affluent in the bosom of youth culture.

Now (with the exception of Belinda and my swimming, running, triathlon-ing, marathoning, competitive biking friends) everyone around us has grown older and larger. Entropy is circling over us like Texas Buzzards over roadkill. When I put my friends in front of a camera I see that one eye droops more than the other, that the bags under those eyes are more obvious and less fashonable than those of Louis Vuitton; that, through some quirk of human construction chins have become more plentiful and, that everyone seems to occupy more and more of the frame...

C'est la vie. I'm certain that twenty years from now the portraits I'm making of my friends right now will seem filled with sprightly and agile people....by comparison. I imagine that I'll cherish my own image at 57 far more than I'll look forward to seeing how I fare at 87.

I'm re-committing myself to an ongoing documentation of everyone around me. I'm bringing them into the solemn confines of the studio and aiming lights at them and I'm documenting the war wounds of everyday travail as well as the hard won trophies of accomplishment that shine in their eyes. I'm discovering a new topology that's more interesting than hard abs and air brushed complexions. I'm discovering real people with real stories. And they've done their "time in the water." They are now full fledged sharks. Who knew that raw experience could be so intoxicating?

This is a project I can do for the rest of my life.

Posted by Kirk, Photographer/Writer at 22:10 13 comments: