Starting over. Starting for the first time. Starting at all. 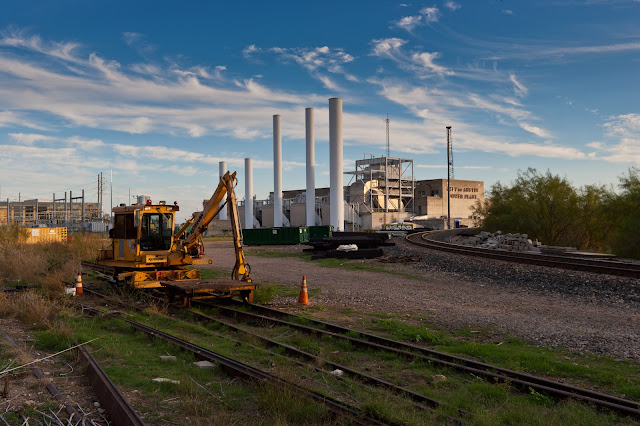 When you work as a commercial photographer you acquire tools the way the tops of picture frames acquire dust. Photography is a moving and fluid target. It's rare now that your response to the business of photography can be one of maintaining the status quo. If you don't take photos for money I'll assume that you do it for fun and that you can shoot whatever the hell you want with whatever camera you want. We (paid professionals, collectively) stopped having that luxury as the whole world of imaging changed around the changing primary delivery systems for images. Clients want good images, they want good web video and they want it all right away.

At the present we live in a bifurcated imaging universe, split between the last remnants of print culture and accelerating onslaught of web display. Yes, there are still magazines but they are thinner and the images in many are just rehashed stock pictures you've seen a thousand times. Yes, there is still point of purchase advertising; big posters in stores and stuff wrapped around bus stops and in train terminals but it's quickly being replaced by screens. The benefits to advertisers are just too great to ignore. The super large poster is expensive to print and expensive to install. And the messaging remains the same, day in and day out until the physical art is exchanged for another poster. Large, flat, efficient electronic screens can contain messages that move, type that  changes and messaging that can be customized for the kinds of customers specific to each period of the day.

In fact, with the ubiquity of smart phones which signal to stores who you are, and the power of internet information about you, your buying habits and your income; even what you bought last time you were in the store, retailers can customize the messages on the screens toward which you are walking just for you. And they can do that in real time.  How much more powerful is that than a static, printed sign?

In the last decade professional photographers have largely been buying cameras to solve problems that their businesses really didn't have anymore. As more and more clients rushed to embrace the electronic marketing wave, both on the web and on freestanding screens we could see that they needed fewer and fewer images that required enormous, perfect files. But photographers chased huge pixel counts and expensive, infinite sharpness like dogs chase cars. And in the end we used these enormously capable and expensive cameras to deliver files that mostly ended up, at the most, two megapixels big on a screen. Once we photographers caught our "cars" we were as much at a loss about what to do with them as the dogs.

I was thinking about this as I swam this morning. I've been using a couple of full frame Sony DSLR-derived cameras, the a99 and the a850, in my business for quite a while. And before that I was using the 24 megapixel a77's and before that the Canon 5Dmk2. I've been following the righteous herd of professional photographers and carefully shooting images as enormous raw files with pristine custom white balances. And as I've done so the typical requests I get from the kind of ad agencies and clients I do work for is, "can you delivery smaller files?" What they're looking for are images they can drop into web files. The classic "style guide" for web images from one of the big agencies we do work for is this:  Profile=sRGB. Size=960 pixels wide. Save as jpeg or png. We're pulling children's wagons with Clydesdales...

The other request for more and more of the lifestyle and food shoots that we do is for instant sharing. Not on the web, per se, but on the set. The advertising crews, almost to a person, would love it if we were continuously flowing our test images and our actual shoot images not to a big monitor in a dark corner of the room but onto everyone's phone or iPad, individually. Clients would love to sit in their chairs on the sets or in the studio and watch the feed as a full screen display as we shoot. We older photographers tend to resist this because what we did in the olden days was really much less collaborative. We were used to getting our approvals on the Polaroids and then having a license to interpret.

Now there is a trend to tight collaboration. The photographer is no longer the defacto captain of the ship he has become part of the crew on a rich man's yacht. He still has the responsibility for making the ship work but its direction and destination is at the whim of the owner and the adventure succeeds with the ready application of team work. Younger artists have grown up with the overwhelming press of the idea that teamwork is a positive thing while older artists remember a time when individual control and individual achievement was in vogue.

Collaboration only works if everyone is sharing and sharing the images as they spring to life is now part of the process whether I like it or not. But beyond whether one is comfortable with getting along in a group, or not, the real elephant in the room, where imaging is concerned, is video. It's not a thing anymore that you can leave to everyone else while you specialize in that still thing that you want to do. Clients want, need and will get both stills and video. Whether they get it all from you or they get it all from someone else---they will. And most would love to get it from the same source. It cuts down on all those meetings by 50%. And the vision of work, between stills and motion, matches.

So what does all this mean when it comes to what we use these days? Do we need Leica S2's for our still work and Arriflex Alexa cameras for our video productions? Do we need a Nikon D800 as our foundational camera? Can we do our businesses with Olympus OMD's?  Well, yes. I guess it's yes to everything. But I'm having the queasy feeling that it's not such a great idea to rush out and buy anything expensive right now. That doesn't seem to be where the market is headed....

If I were starting out today as a young and sassy photographer how would I approach the idea of buying gear? Honestly, I'd put together a small, practical system that consists of (imagine your own brand's similar offerings....) say a Canon 5dmk3 body with a 24-105mm lens and a 70-200 mm lens and call it quits. Anything else I really needed I'd rent. But that's old school thinking on one point; the Canon 5Dmk3 and most other cameras on the market today are not paragons of instant sharing or file sending flexibility.

There are interesting things on the horizon for pros, if they are open to change... Especially those who value quick sharing and flexibility over muscle and traditionally enabled cameras. Samsung has already announced their NX Galaxy camera. The sensor is the same as the one I've used in the NX 300 and it's really good. But the real power in that camera comes from it's ability to quickly and easily share pretty much anywhere and all the time. With built-in wi-fi and built in cellular capabilities you can continually upload images to your cloud or a local network as you shoot. Basically that means everyone in the room with a smartphone or an iPad can follow along on collaborative shoots. It might be uncomfortable for some photographers (especially those who depend on backend processing to make their images marketable) but it might be more comfortable and soon, more expected, by all our younger clients. And our older clients who are control freaks.

I can imagine a scenario where I go on location with a communications enabled camera and get fast approvals from an art director who is back at her office. That's cool enough. Imagine the next step. Suppose you run Snapseed on your communications enabled "smart" camera and you have a five inch screen and a full operating system on the camera as well. You've just shot 36 images of Bob, head of marketing at the WizBang corporation and, instead of driving back to the studio or setting up your laptop and downloading stuff to make a gallery, you whip the camera screen up and you and Bob sort through the images on the big screen on the back of your camera. You find one you both like so you fix it up in Snapseed. Maybe it needs some retouching so you open a program that offers cloning and fix the offending reality.  Then you resize and save the image and send it along directly, to DropBox and notify your client. She's using the image on a website design before you even get back to your car. You are on to the next thing.

That camera will exist in the next month. It will be cheaper than a big Canon or Nikon. It will take great images. But it will do more. And it will once again lower some more barriers to entry in our field. But as soon as it launches the smart competitors will be in line with their versions. The smart ones will extend the features instead of just copying them.

We can be aloof and snobby and reject the new tech as gadgets or distractions. Or we can leverage it as part of our proactive response to a continually changing market. We can be the first adapters. We can show off the tech and make clients happy first. We've seen how the aloof thing works in the markets. I think I'm ready to try early adapter.

In the future I'll be looking for cameras that are more about flexibility than raw specs. I don't need sports cameras. I don't need massive amounts of resolution. I want good video (wow! the video in the GH3 is amazing!!!). I want good sharing capability (amazed about what I've heard concerning the Samsung camera). If the camera is going to become more and more the epicenter of our work I also want a lot of screen real estate on it.  Make sure it has a standard hot shoe and an input for external microphones and I'm there. All the specialty stuff becomes rental.

It's about to become a brave new world. Again.

Posted by Kirk, Photographer/Writer at 16:26 21 comments: 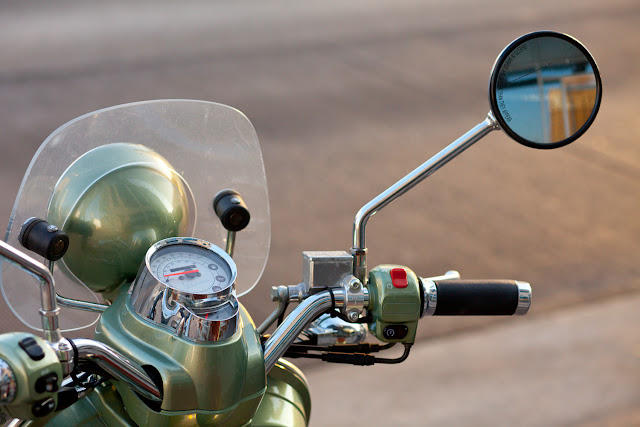 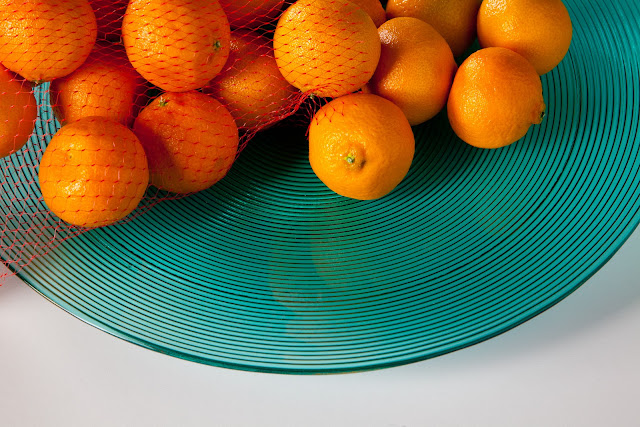 Posted by Kirk, Photographer/Writer at 15:28 4 comments: