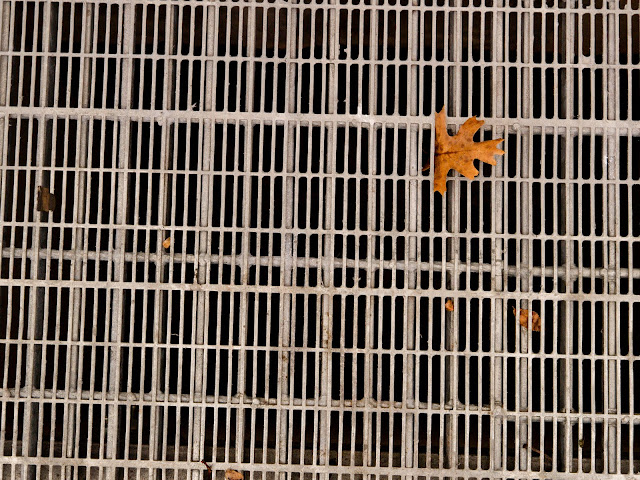 It's Sunday and I'm celebrating the end of the week with a walk around downtown Austin.
(and a vegan chocolate chip cookie at whole foods).

This note from a kind reader:

In your 'The Visual Science Lab/Kirk Tuck' blog, you first wrote nice
provocative piece called 'Sunday Rants and Opinions. March 7, 2010'.
After you got some bad comments, you edited to much milder version and
later regretted that you had done the editing and started to wonder,
if someone would have copy of it. Here is what I was able to find from
Google's cache (search your blog article from there and then selected
Cached version from search results).

And full frame fans will be quick to tell you that because their
cameras have incredible sensors you'd never need the extra stop on the
lens.  Finally, someone with an engineering-compulsive disorder will
also step in to tell you about "equivalence".   A lens designed for
the smaller 4:3rds crop can be opened up 2 stops and have the same
depth of field, when compared to a lens designed to cover the
traditional 24 by 36 inch sensor.  We can all understand that as the
depth of field depends on both angle of view and focal length. But the
"equivalence truthers" would also have you believe that this makes
smaller formats inferior.

Every choice has it's trade offs.  Bigger formats require greater lens
coverage which requires bigger glass elements and most optical
engineers will tell you that every doubling of the size of a lens
element requires 8x the quality control and engineering to get the
same sharpness and overall performance when compared to smaller
geometry optics.  Making lenses that cover smaller sensors gives
optical engineers many more options for speed, zoom ratio and
sharpness.  And that gives photographers more choices while they are
working.

I had an interesting conversation with a photographer I really respect
this past friday.  He'd temporarily bought into the whole mass
hysteria that would have you believe that we should be shooting every
image with the minimum depth of field.  In a sense he was looking for
every image to be a clear example of exemplary "bokeh" ( the smooth or
unsmooth look of out of focus areas in a photo) but he finally
conceded that many times the narrow depth of field really marred the
overall integrity of an image.  Many times, in retrospect, he wished
that he has stopped down one or two more stops so that the fall off of
focus would be gentler and more convincing.

The Olympus 14-35mm f2 gives a photographer the same kind of DOF wide
open that you would expect to get with a lens of equal field of view,
but made for the 35mm sensor size, at f4.  But when we take into
consideration the ability of optical engineers to optimize smaller
lens geometries you end up with a lens that is as sharp or even
sharper than its larger equivalent.  The bottom line for me is that
the 14-35mm f2 SHG lens is one of those rare optics that people rave
about.  I didn't understand the passion until I  put one on the front
of my camera and took some images.  Once I'd seen the results I had to
have one.  In many ways it's the same feeling I had when I made my
first print from a Leica M series 50mm Summicron lens.  There was just
something  different about the way that lens rendered edges and
contrasts between tones.  Hard to describe but you'd know it when you
saw it.

If you've read some of the stuff I've written here at the Visual
Science Lab website you'll know that I love to "burn in" my equipment
by using it a lot in the wild before I trust it fully for assignments.
I broke that rule with the 14-35 by using it as one of my two primary
lenses for the TED Conference, here in Austin.  Today, I had the
chance to walk around town with it for the first time since the
conference.  I took a couple hundred photos with it, using the e1
camera body as its mate.  Here's a little gallery from an gray,
drizzly and dreary day.  I didn't care about the drizzle.  Both the e1
body and the 14-35 are splashproof and handle rain with aplomb.....
[quote ends] 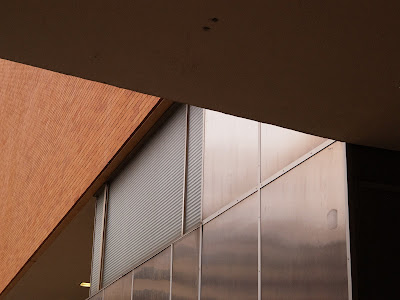 The old state comptroller's building on 6th street.  A detail of the steel siding. The offices of Simmons, Whatever and Graeber, just off Sixth Street across from Whole Foods. 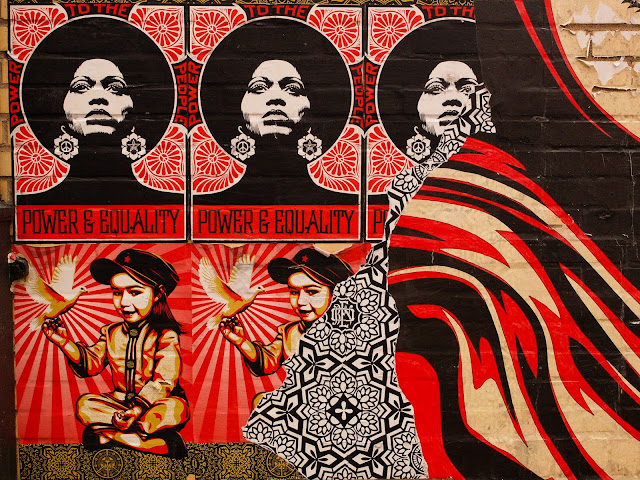 Posters on the side of Mellow Johnny's Bike Shop.  Lance Armstrong's establishment. 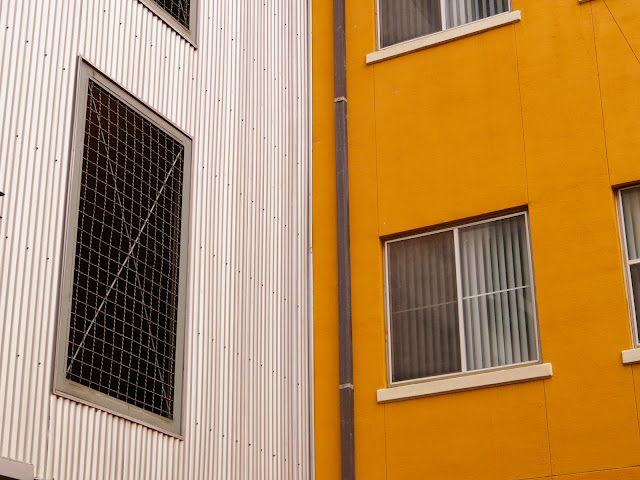 A confluence of corrugation and stucco.  Rendered large and saturated. 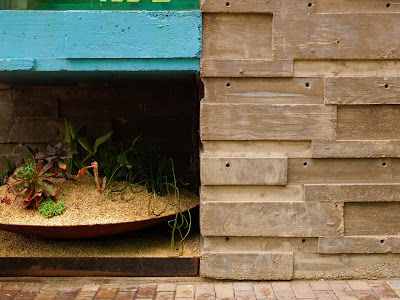 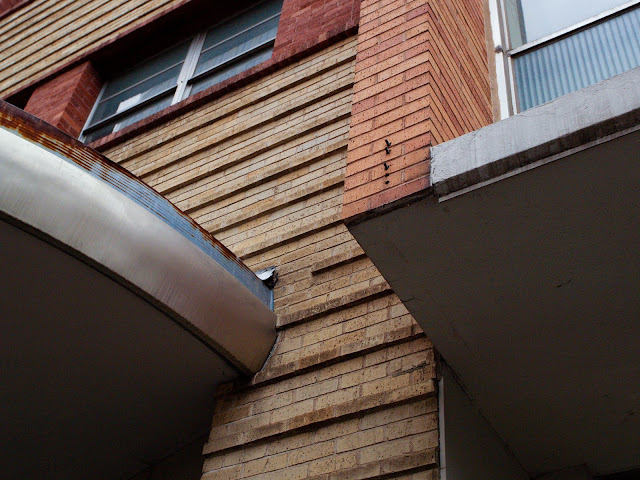 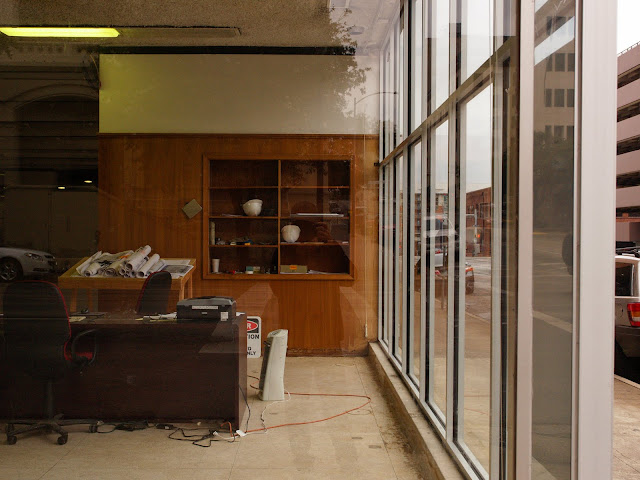 Old buildings were so cool with the interior being millimeters from the exterior.  All the office buildings I see today are behind buffers of wall and implied space.  Wow.  Nice geometry on the edges.  Good correction for a zoom.  No correction on my part, or on the part of the camera..... 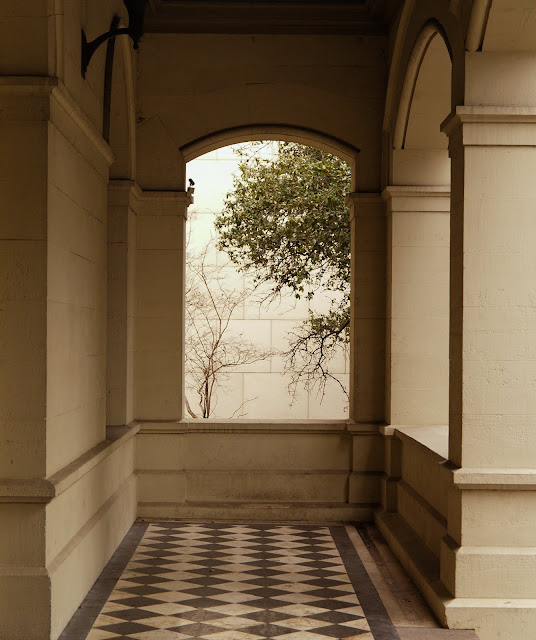 This is one of those "downtown regents of UT" offices that are built like 18th century Regency palaces.  Complete with columns and arches and a preponderance of bigness. 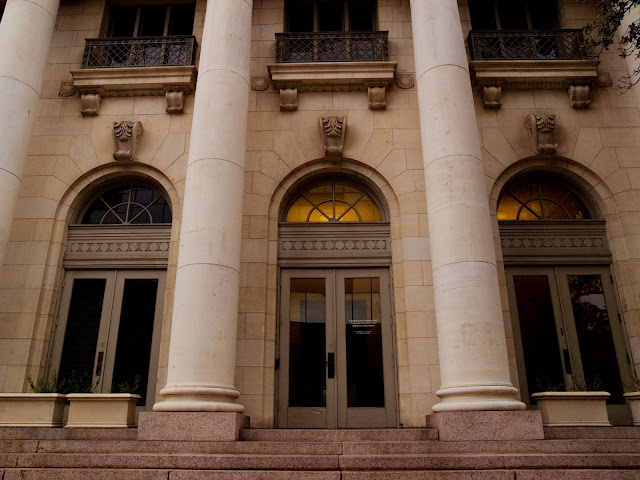 Did I mention the big, regal, University of Texas presence in the middle of downtown Austin? This is where the elite meet to decide what happens at THE university.....and a string of lesser schools.  No offense intended to graduates of Texas A&M... 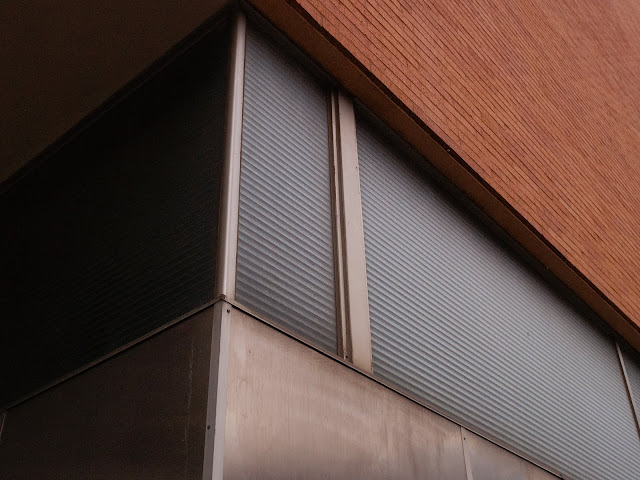 It's fun to walk around without a care in the world and snap whatever catches your attention.  At f4 I don't worry about what might or might not be in focus.  I'm looking for intersecting planes and intersecting realities.

Speaking of reality.  I'm heading out this coming Friday for a long over due road trip.  I'm heading West through Texas.  I plan on stopping and shooting whatever I see in Del Rio, Alpine, Marathon, Marfa and all points in that area.  If you live there or know someone interesting who does, could you drop me a line?  I'm planning to do art so I don't need someone to "show me around" but I'd welcome a few contacts who might help me stay on the right track.  You can leave a comment here or you can always reach me at kirktuck@kirktuck.com