Sunday Show Notes. A week in the rear view mirror. 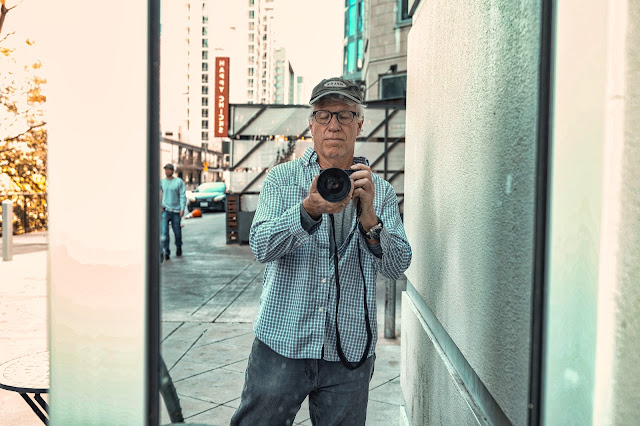 It was an interesting week. We had the medical drama I mentioned yesterday, some decent photo assignments, a white knuckle drive to San Antonio and back, and not much time for any photographic fun. The capper on the week was the Friday afternoon announcement that the Austin event with 34 years of continuous existence, The SXSW Festival, was cancelled due to the Novel Coronavirus.

So far the cancellation is hitting freelancers especially hard. I talked to a sound engineer today who is losing about 12 days of work this month. And it's a bit late in the game to replace the lost work with new jobs. My favorite videographer and I commiserated over the loss of three days apiece next week and the litany of economic destruction goes on and on. Zach Theatre usually leases out the main stage for two weeks for the Film Festival portion of SXSW the cancellation of which effectively kills off all profits for March since they don't have anything they can rush to the stage to make up for the lost revenue. Then there's the cost to the freelance workers who would have staffed the venue.

I thought the writing was on the wall a week and a half ago when the big names like Amazon, Facebook and Apple all dropped out of the SXSW show, but the "entrepreneurs" that own the show tried desperately to find a pathway forward since they stand to lose the most. In the end it was the city of Austin that put them out of (or further into) their misery with an emergency declaration.  There are a lot of bars that ordered and stocked in tons of inventory for private parties and showcases that are now cancelled. I hope their clients paid in advance for the alcohol and that the venues can at least make some profit selling the bountiful stockpile of liquor, beer and wine to alternate customers.

While I would have enjoyed the money my clients would have paid what I'll really miss are the streets
filled with people who made such fun and ample photo subjects. I had plans for some artsy looking, black and white video that would have been (fingers crossed) amazing. I'll have to figure out something else.

We're all watching the stock market, et al, to see what's going to happen next. I swim with a few guys who are real estate developers (things like high rise hotels, big condominium towers, industrial parks) and the after-swim talk lately is all conjecture about where the markets are headed, how the correction will affect the local economy and when to push ready cash back into the market. I can't play in their league but it's fun to hear all the points of view. If your brother's plumber's best friend has any sure fire stock tips I'm sure we'd all love to hear them.

Testing the nose bleed ISOs in the Lumix S1s. As you know I'm pretty conservative about leaning into the higher ISO settings when shooting commercial jobs but I did one today that opened my eyes to what's possible. I had an assignment to photograph a "table reading" for a new play that's aiming for Broadway but which has some local producers in the mix. The theater put on a reading of the play for an audience of financial influencers and patrons. There were about 250 people in attendance and the performance was done with 15 actors reading and singing the parts.

The production was done in our dungeon-like rehearsal space. You know: the one with really bad, flickery, florescent lights way up on very high ceiling.... It's my least favorite place to photograph, at least as far as lighting is concerned. The first thing I did was walk up to the stage and, using some white paper, do a custom white balance for both of my cameras. That was a big help.

I also metered with an incident light meter at the stage position and what I came up with was: f4.0, SS = 1/125th, ISO = 6400. Several actors had darker skin and when I zoomed in for closer framing I ended up increasing the ISO to 8,000 for them.

What I learned from earlier tests is when shooting for Jpegs as your final file (in camera) the cameras progressively smooth out the detail from the files in an attempt to control noise. You can, however, go into the menu and reduce the amount of noise reduction the camera delivers. The scale is minus 5 to plus five. When I hit ISO 6400 I pulled the noise reduction for Jpeg down by -2. When I went to 8000 I pulled down by -3. The files actually look great on my 5K monitor and hold up okay even when I magnify the images to 100 %. They look like ISO 400 files from just a few years ago and they do this magical feat while retaining good color and pleasing color saturation. I was actually delighted. 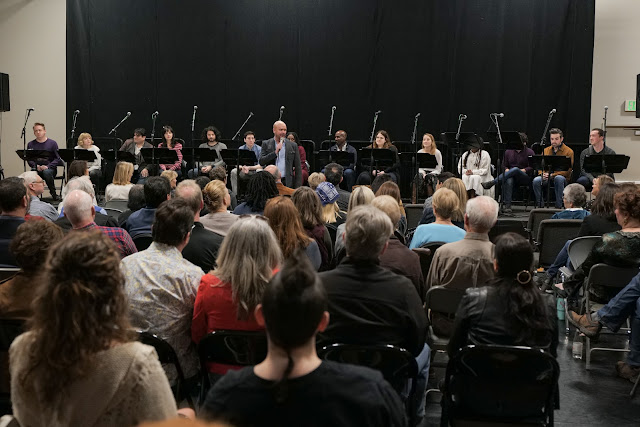 I photographed today with two S1 cameras along with the 70-200mm f4.0 S Pro lens and the 24-70mm f2.8 S Pro lens. Both lenses are good enough to allow me to shoot wide open with no issues. In fact, the sharpness of both lenses at their largest apertures is also surprising to me. They are among the best zoom lenses I have ever used.

I have one location portrait assignment tomorrow morning, the retouching of images from two of last week's shoots in the afternoon, and I hope by Tuesday I have enough free time to go for a long walk somewhere. Of course, that's the one day that has a probably rain forecast. But I do own rain gear and I guess the cameras don't mind getting a little wet.

Thanks for sharing your medical stories and advice. I do understand and agree that the best practice is to call an ambulance but one of our swimmers is an ER doctor who I pulled out of practice to help me assess our friend. He suggested that the hospital three minutes away would not be too big of a risk. It would take 15 minutes or longer for an ambulance to arrive...and our "patient" was not in extreme distress. If you are by yourself the absolute best course of action is always to dial 911. The EMS should have the right tools if your health takes a dramatic turn while in transit. You never want to compound the damage of a heart attack by losing consciousness at the wheel of your car and slamming into an overpass pillar at 60 miles per hour. That's pretty much guaranteed to make your situation much worse.

Your pool, health club or other facility should have a well maintained AED (auto electro defibrillator) on the premises and the staff should be trained in its use. We've had several positioned around the swim club since Spring of 2002. Won't do much for a garden variety heart attack but very, very handy to have in case of cardiac arrest! Gearing up with AEDs was one of my initiatives when I was on the board of our club. Purely selfish motives...

My friend spent three minutes in my car, was seen immediately at the ER and started receiving professional treatment within a minute after he had an EKG. Time elapsed from the onset of first symptoms to treatment was likely less than 25 minutes. Three blood tests to assess troponin (given six hours apart) all showed negative. Major bullet dodged. Scary wake-up call delivered.

Getting older is certainly not for sissies.

Update on Sigma fp video experiments. Silly me. I just presumed that the cinema RAW DNG files I shot for video would be readable by Final Cut Pro X without any issues. Funnier still when the files all came in as thousands of single frames of 2.8 megapixels each. All unconnected and in no way ready to function as a video clip. That's what I get for assuming that 12 bit, 4K, 4:2:2 cinema RAW files would be a piece of cake to work with....

I'm now learning to use DaVinci Resolve 16 to import, color grade and transcode the files into some sort of codec that can actually be edited by something less than a Cray Supercomputer (yes, Cray is still in business, they were one of my son's accounts at the P.R. firm he worked for...). I'll update once I've gotten the rudiments of Resolve figured out. The new software dance always sucks a bit.

On the other hand, every time I use the Sigma fp to shoot some stills I'm amazing and delighted by its 3D look and its imperious tonality and strangely pleasing colors. 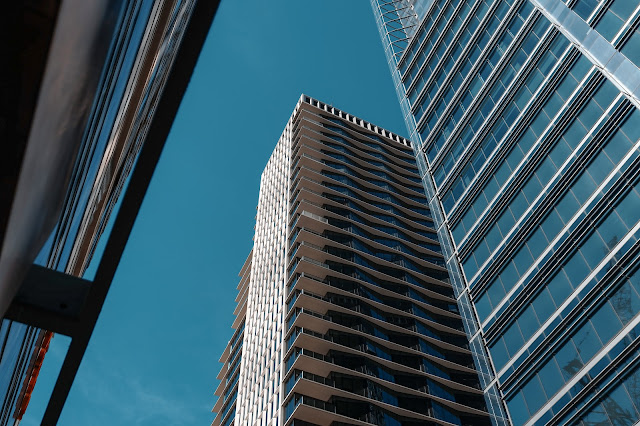 While I had a truncated swim practice yesterday and spent a good portion of the day at a hospital I was back in the pool this morning. Important for my particular psychological make-up to get right back on a scary horse instead of taking breaks. I always fear that if I break for too long I'll never go back..... 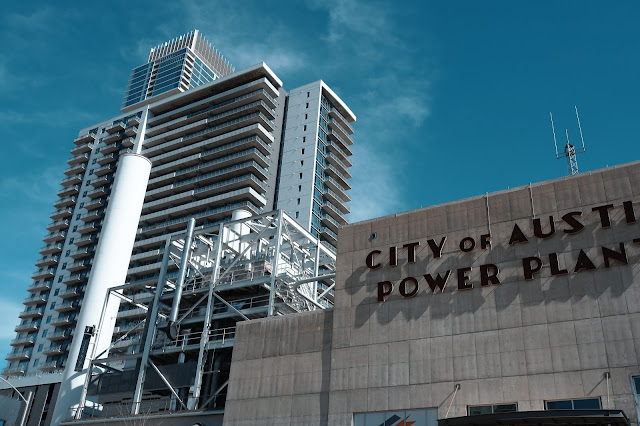 That's all for today.


Posted by Kirk, Photographer/Writer at 19:21 7 comments: