A person left a comment asking why I rarely shoot from any perspective other than eye-level. Here's my answer... 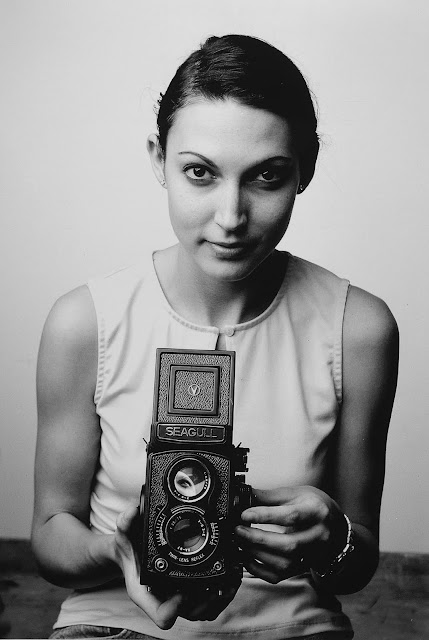 Renae in studio with a twin lens camera.

Some writers come to believe that if they only had a discernible "style" everything would fall into place and they would become successful and revered. But really, writing is about telling the story you'd like to tell without distracting the reader with undue/unneeded decoration or complexity. A reader usually looks for a lack of ambiguity and a minimum of unnecessary augmentation in order to enjoy the flow of an article or book. As well as the flow of the sentences themselves.

Most often the writers that readers enjoy are the ones who put as few stylistic twists into the writing and deliver both interesting sentences and simple to understand sentences. The fewer flourishes that take the reader's mind out of the story the more successfully the reader can submerge, happily, into the rhythm and imaginative unfolding of the story.

In photography we've collectively come to conclusions about things that move us away from musing about the content of an image and, instead, make us think about the mechanics of making of an image. Stylistic embellishments brought about by techniques but without adding meaning. In this category, historically, are contrivances such as fisheye lens perspectives, extreme telephoto compression, obvious color filters, "tromboning" one's zoom lens, obviously added "film" grain, the odd focus shifts caused by mis-used tilt/shift lenses, and the heavy handed use of high dynamic range imagery and various soft focus filters. Just to name a few.

I regard a labored and non-intuitive point of view as a stylistic exercise that also removes the power and importance of the photographic story from an image and instead offers a "trick" to provide a bit of temporary pizzazz to an image. An attempt to distance the image in question from others in the same genre. But I find super low viewpoints, captured from flat on the floor, or from a kneeling position, to be a contrivance that provides all the power (and the painful withdrawal symptoms) of a sugar high.

When we take and share photographs it seems that we say, "Here is how I view my world, or this part of my world, and now I'm sharing it with you." But nearly all of my engagements with the subjects in my orbit are done from the perspective of a camera floating more or less between 5 feet and four inches and five feet and eight inches from the ground. It's different if I'm sitting down.

I've tried from time to time to work a forced low angle shot into my working repertoire (but never my personal work) and have never had a client use the low angle shot. And I found myself relieved by the client's editing as the low angle shots never appealed to me either. Not nearly as much as a shot, well conceived and captured, from my own eye level.

In the world of writing editors and publishers are always (strongly) suggesting: "Write what you know."
By the same token I find myself only willing to make photographs that seem natural to me because my camera and I are: "Photographing what we know." And I know what my world constantly reflects back to me as I walk through it at upright.

But it's not just the eye-level point of view that works as a formal framework for me, it's also my desire to see vertical lines properly rendered and specific compositions respected. Any contrived technique or forced perspective that requires me to turn on my conscious thought and change my consistent approach to photographing inevitably ends up distancing me from the resulting photograph and, eventually dismissing it.

Because of this I seem immune from the charms of ultra-wide angle lenses. I can never figure out what do do with all the stuff on the top, bottom and sides of the frame. Anything wider than 20mms and I'm lost.

But, of course this proclivity of mine should be obvious since I've had a life long love affair with portraits. A shift up or down from the eye level of the subject makes for a shift in how we perceive the subject to a very great degree. It's a shifting of the balance of power. My preference is for the neutrality of camera height to subject eye level. I want to allow the personality and character of the subject to be the story they tell instead of editorializing with various tricks. That I would carry along the same sensibility to documenting graffiti, urban art, street photos and other ephemerata seems logical; comfortable.

To others the temptation to crouch, kneel or climb a high ladder in the service of their own vision might be more natural and even an ingrained way of experimenting with photographs and I'm not against it. But I can probably count on the fingers of one hand how many times I've enjoyed looking at a photograph that's been taken from a very low or very high point of view. Maybe that speaks more to the rigidity of my own practice than anything else.

Posted by Kirk, Photographer/Writer at 15:58 14 comments:

Young Ben. Showing off his muscles! 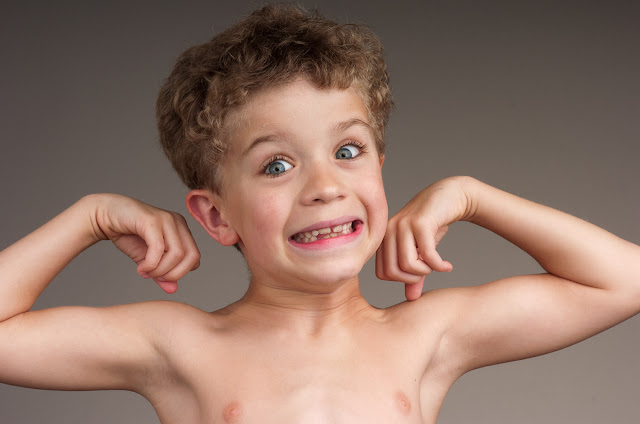 Posted by Kirk, Photographer/Writer at 11:55 2 comments:

Happy Father's Day. It feels like a privilege to be a dad. 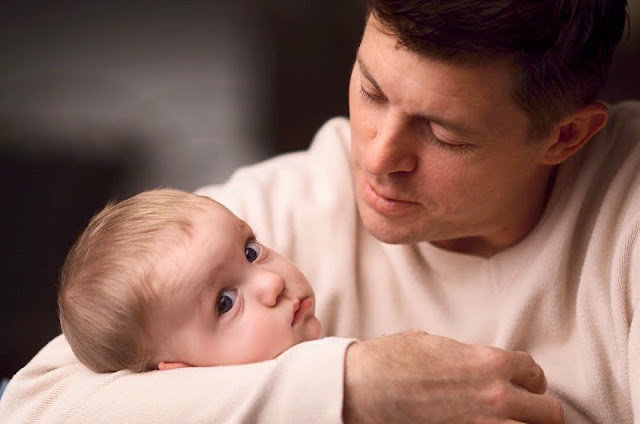 Originally photographed for an advertising campaign.

I hope all of you out there who are fathers are being well celebrated by your children today. And, of course, for all of you who are lucky enough to still have fathers, I hope you are showering them with your love and appreciation!

I feel so lucky to be part of the club of fatherhood. It certainly can be a very joyful thing. And it helps me keep life in a healthy perspective.

Children are like our Buhddas. We learn at least as much from them as they learn from us...

Posted by Kirk, Photographer/Writer at 11:52 No comments: 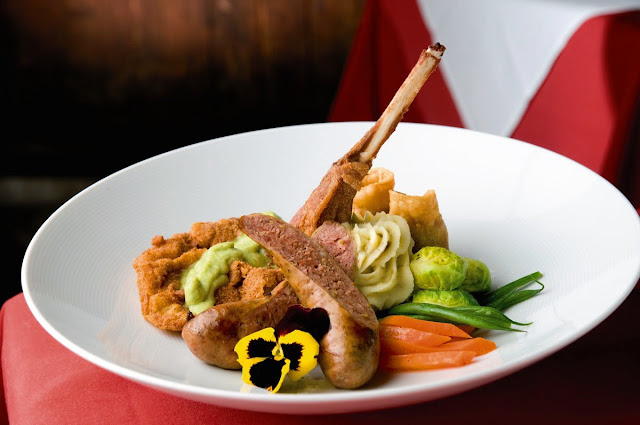 I was sitting in a large, upholstered chair in the corner of my living room yesterday afternoon, drinking a cup of coffee while browsing through the Avedon, "Power" book. My cellphone beeped and I looked over to see if it was someone I wanted to talk to or just another telemarketer trying to sell me solar panels, or "help" me sign up for Medicare. The call was from a friend.

He owns a restaurant and was trying to get things ready for a "safe" re-opening. He and his partner are starting by doing curbside pick-up and also food delivery. At some point, when they feel it's safe enough, they'll open the patio area for customer and then, down the road, they'll figure out how to re-open their beautiful dining room.

But the reason for his call was to see if I still had some of the images I'd created for a video project about his restaurant about five years ago. He had some images but they were all tiny thumbnails and the service designing the restaurant's page on an app for delivery needed images with higher resolution. They needed images that were bigger than 1200 pixels on the long side.

I assured my friend that I could find him the photographs he needed if he could give me ten or fifteen minutes. I closed the Avedon book and put it back on the shelf. I rinsed my coffee cup and put it in the "still using this one" spot to the right of the sink and then headed out the front door of the house and into my office.

Two quick keyword entries and the folder with the restaurant's images popped up. I selected my favorite, nicely post processed food photos from the venue and sent them, via WeTransfer.com, to my friend. It took all of five minutes.

It was a quick reminder of the need to keep good records and to have a workable strategy for storing useful images. And one never really knows which images will ultimately be "useful."

My friend was amazed that I could find the work as quickly as I did and was appreciative. I hope the new strategy for his restaurant works well. He and his partner have survived for over twenty years and I hope this temporary pandemic (and I hope it is temporary...) isn't the thing that stops them. I would feel quite sorry for my friend and I would miss the ambiance of the space, and the delicious food.

The photograph above and the three just below are not from the restaurant I am writing about. They are random food shots that I enjoyed making over the years at other restaurants. Until I pulled these back up I had forgotten how much I like to photograph food. It's a challenging subject matter but it's also one of the most visually interesting. There's always something fun about collaborating with good chefs. 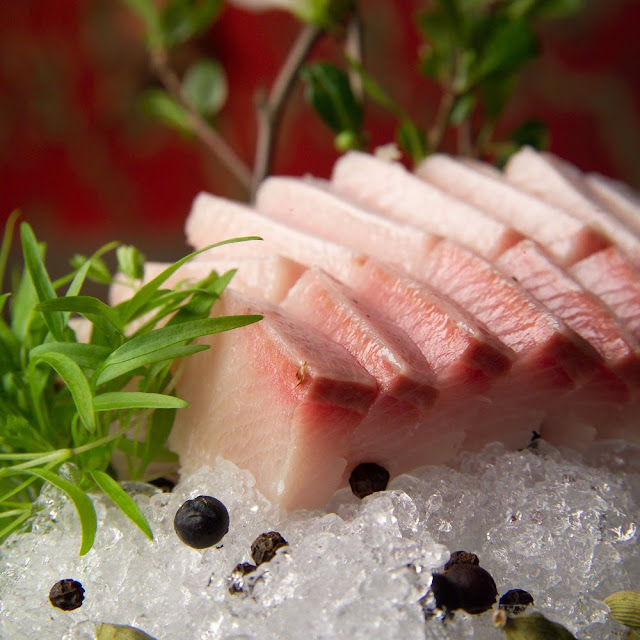 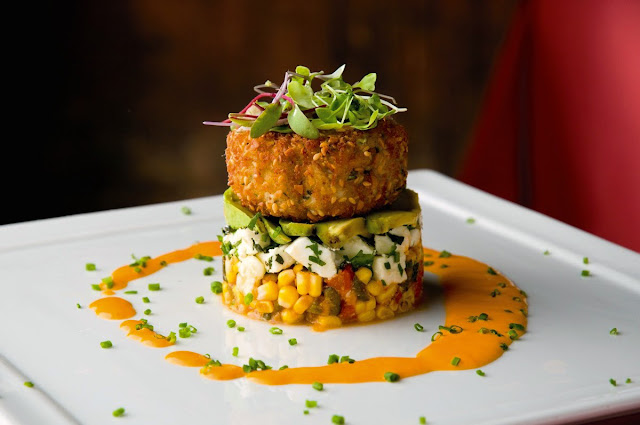 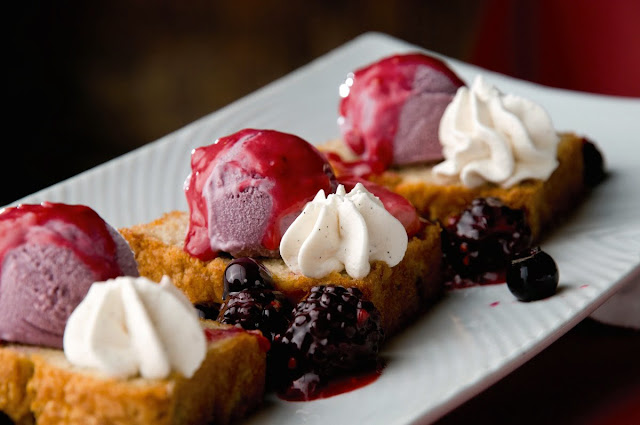 I can hardly wait until my friends get their business up and running again. I have no doubt that as soon as it is safe we'll show up on their doorstep ready to make another fantastic video for them. That's when the fun will re-start for me.

Experimenting: After I delivered the still images I had a thought about re-purposing video frames for quick, lower resolution web use. We've always known that we can pull really nice and very useful 4K video frames out of edited clips and use them as stills but I was curious to see how well it would work from a video that had been shot in 1080p and edited down. A video from five years ago...

I found the video my friend, Chris and I had done for Asti a few years back, pulled it into PhotoShop and started "scrubbing" through it. The edited master I saved was a 10 bit, 4:2:2 file so I thought there was a good chance that the resulting still files would fit the brief that the web app developers had called for. I found frames with the least amount of motion and started saving them out as Jpegs.

Here's a selection taken directly from the .Mov movie files: 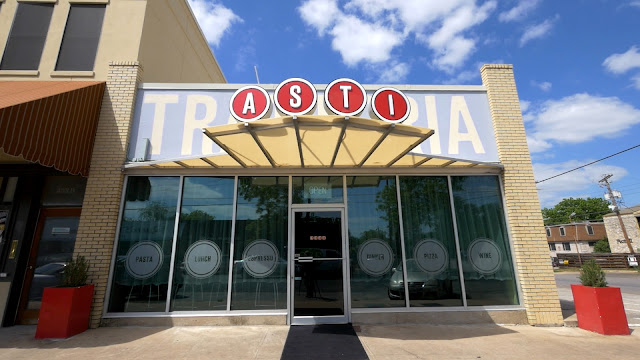 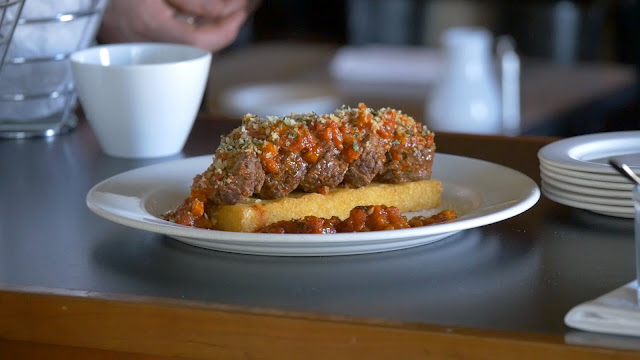 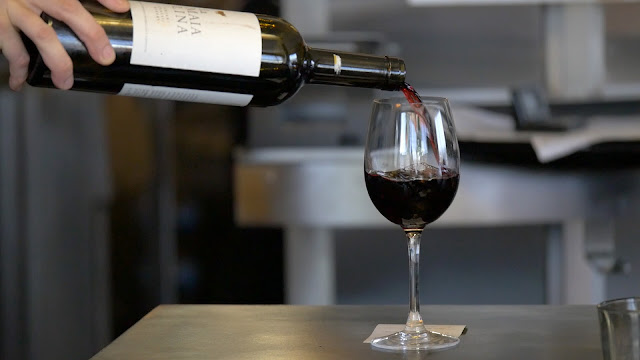 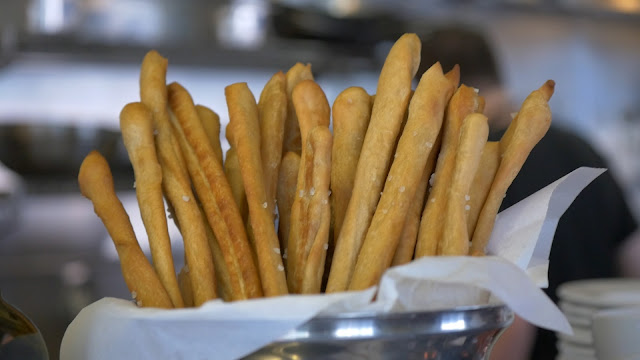 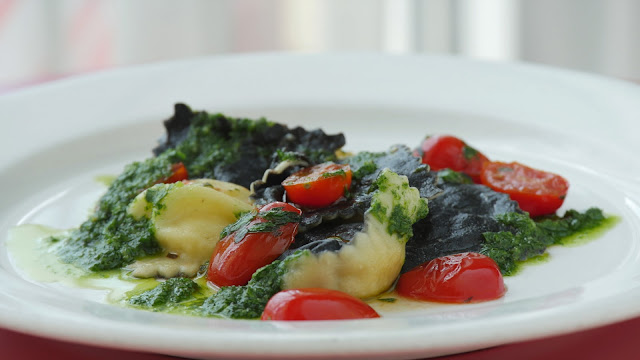 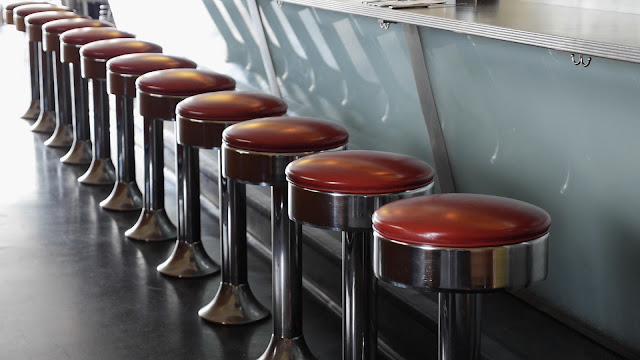 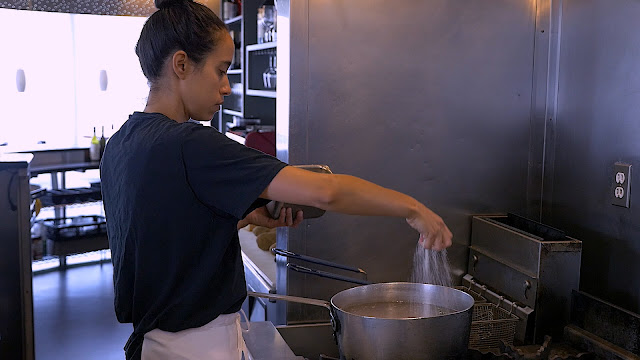 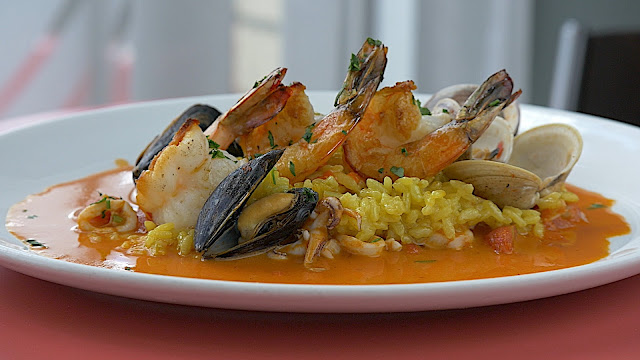 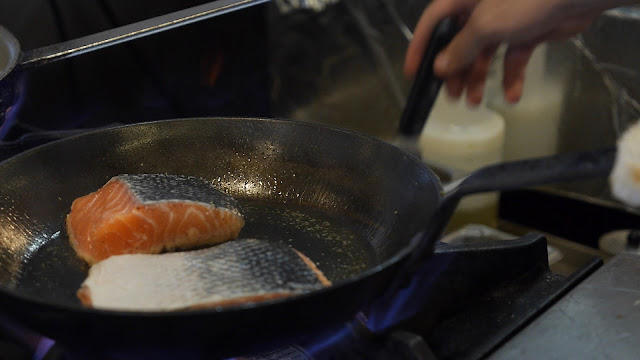 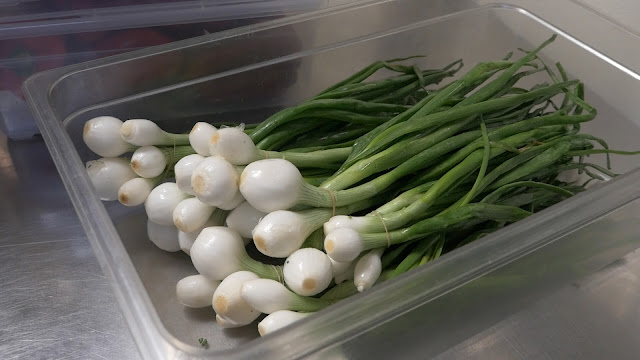 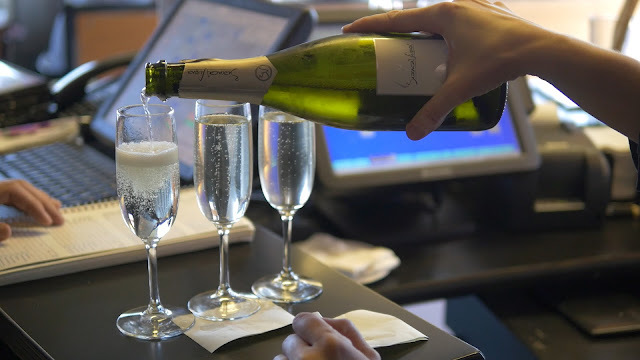 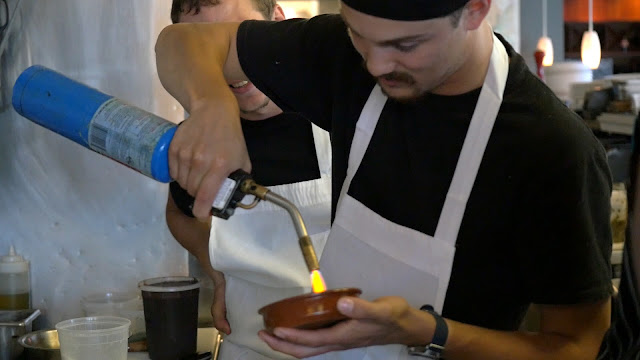 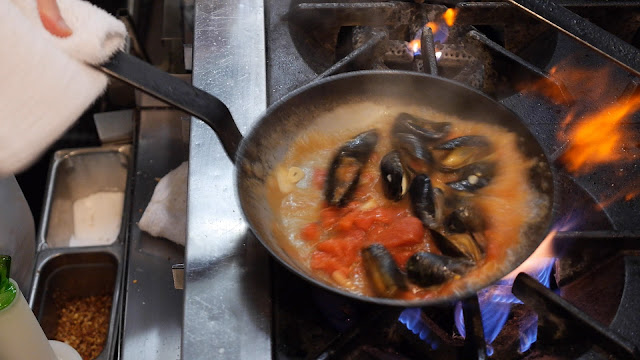 I think the next time I shoot a food video I'll do it at 60 fps with the idea that I might want to use some individual video frames as photographs for web use. That would make the images sharper. It was easy to see that the subject movement that results from 24 fps, while good for video, is less than optimal when you are trying to re-purpose the images.

Just thought I'd look at images from the perspective of a different use case. A bit of looking backwards in order to be better prepared when looking forward.


Posted by Kirk, Photographer/Writer at 11:35 7 comments: