The Sunday Evening Blog. A catch all of subjects meant to bring everyone up to speed on the mundane details of my professional life... 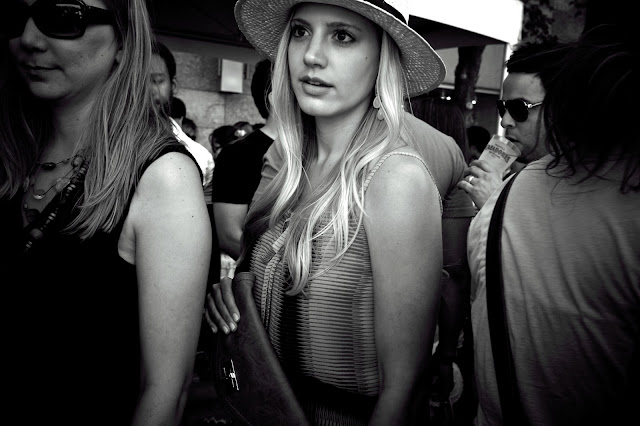 2nd Street. Crowded with Party-Goers of All Kinds.

Quick history lesson: On May 5, 1862 the Mexican army unexpectedly whipped up on the French invaders in the Mexican area around Pueblo. Whupped 'em good. So Cinco de Mayo became a general celebration of resistance and democracy for the people of northern Mexico and today it celebrates the pride and spirit of Mexicans. The short version in Austin? Any excuse to block off downtown streets and throw a party.

But let me back up to this morning. I worked on a video project for Zach Theatre and we started setting up lights and audio gear at 10:00 am, which meant that I started sorting gear and getting stuff together around 8:00 am this morning. The batteries went onto the chargers last night....

Shooting still photography now seems delightfully simple. I only need to pack lights and cameras. But video is mean. You have to pack all the stuff you'd use for regular photography and then dump in a bunch of audio gear. Microphones, mixers, balanced cables and microphone stands. And it makes sense to bring an assortment because, like lenses, microphones have specific strengths and weaknesses. I'd just bought a Rode NTG2 shotgun microphone and I was dying to use it today but the air conditioning system in the old theatre we were shooting in is loud like the cough of a rheumy old man amplified through the Rolling Stones location speaker stack.

But that's a whole other subject.

We were making PSA's (TV commercials) and promotional web videos for Zach's upcoming rendition of Harvey. It's the play based on the 1940's moving starring Jimmy Stewart. The whole play is about a man, Elwood P. Dowd, who has a constant companion: A six foot, one and a half inch rabbit which only he seems to be able to see... The lead, the character Elwood P. Dowd, is played by one of my absolute favorite actors extant, Martin Burke.

This morning we were serving several "content masters." We shot all the material needed to do a thirty second spot with Elwood talking to his "friend" while a voice over narrator filled in the blanks. Mostly Martin sat on a park bench, in front of my white background, under my bright, high key lighting, in a 1940's era wool suit and vest (complete with a bowtie) and proceeded to ruin take after take by making the video crew (David and me) burst out laughing.

We did manage to get all of the shots we needed and a lot more. Close ups, middle distance shots and wide establishing shots. Martin played to the Rabbit just like there was a real creature sitting next to him.

After we got our "footage?" for the PSA's we changed the background for a green screen and shot a bunch of impromptu and improvisational kidding around between "Elwood" and "Harvey." David Munns (producer and editor) will use his green screen magic to drop scenes from around Austin into the background. I can hardly wait to see it all.

Our only real issue was sound. With an air conditioner that sounds like a fleet of Harley Davidson motorcycles bereft of any mufflers in the background we tested and then quickly discarded the shotgun microphone in deference to a wickedly good set of Sennheiser wireless lavalier mics. They are great. You get them in really close ( like on a dark jacket lapel) and they tend to throw away background noise and add an intimacy with your main subject. I carefully monitored the sound through headphones as we shot, stopping every once in a while to remind Martin NOT to thump his chest with his fist...

Some smart ass will ask why we didn't turn off the air conditioning. I might as well answer. In commercial buildings they (the building managers) generally try not to put the control of their utilities or A/C into the hands of the general public. So there's not a user accessible switch that says, "PUSH HERE FOR NO AIR CONDITIONING."  But secondly, we're here in Texas with a man in many layers of wool clothing, hanging just fractions of a centigrade away from sweating like a fat man in a steam bath. Like a cold ice tea glass on an August day in downtown Houston... I think you get the picture...

I'm learning not to "wing it" in video. It's too complicated to leave stuff to chance only to have to come back again and fix it. I metered the set meticulously with a hand held, incident light meter. I photographed the scene with the video camera (a Sony a99) and checked the histogram. I used a Lastolite white/grey target to custom white balance with. I used my Rokinon 85mm 1.5 Cine lens at what I believe to be one of its best apertures, f4, and I switched the camera into still mode before each take to zoom in to 16 or 20X and check fine focus. On some scenes (especially the close ups) where Martin would lean into the camera for dramatic emphasis I check focus at both ends of his move and marked the lens at both places so I could rack back and forth between the two marks to keep him in sharp focus. Focus peaking really helps in that situation.

We reviewed the content and all the parameters are good: Martin's performance, the audio and the visuals. I hope to see a nice set of PSA's at the end of the week which I'll quickly share with all of you even though you might not be interested in video. (You lazy slackers...). Since David will be in charge of editing I handed him the memory card after we packed the car back up and breathed a sigh of relief. The editing is the hard part. At least to me...

I went home to unpack and see what the family was up to. Everyone is in work mode. Ben has his AP psychology test in the morning. He'd been out to forage for breakfast tacos and was munching on a pulled pork and egg taco with a bacon, egg and cheese in ready reserve. Belinda had already taken nourishment and had chained herself to her desk to work on an advertising project with her usual, terrifying concentration. Feeling marginalized, I headed to Garrido's restaurant where a loud, rowdy and happy crowd was already in the midst of a glorious Cinco de Mayo brunch/happy hour.

I grabbed a seat at the bar, watched Nick, the young bartender, defy gravity with liquids and munched on Huevos Benedictos (eggs benedict with an addictive chipotle hollandaise sauce) and, being the consumate risk taker I washed it down with a cup of decaf coffee. How could I resist? The owner/chef brewed a fresh pot just for me.

I spent the rest of the afternoon walking around in the sun drenched avenues of our capitol city trying to find fun things to photograph. I was carrying the Sony a58 which punches far above its price class and I was using it with a lens that continues to amaze me and grow on me: the 16-50mm 2.8 zoom. More and I more I'm saving the a99 for projects that are, in some part, about video. For everything else I've been pressing this one cheap, zesty camera body into hyper-service. My goal? To see if I can wear out the shutter before I get tired of shooting it. 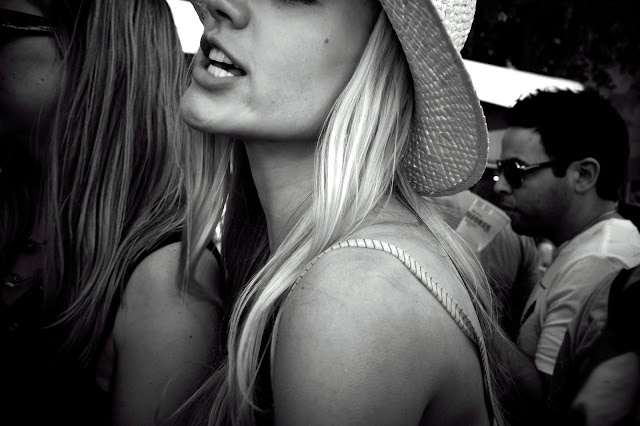 Could things get any more crowded? 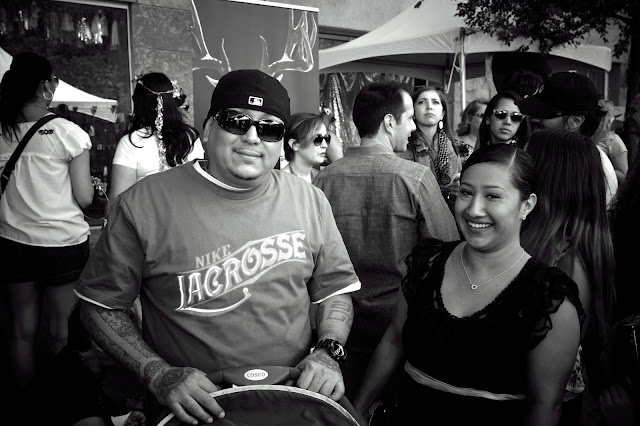 Last week was all about editing. It went something like this: Edit > get stumped > go to Lynda.com and learn for hours > Edit > get stumped, etc. rinse, repeat.  I knocked out two really good projects with that methodology and, more to the point, I think I'm over the hump (fear) on Final Cut Pro X.

This week we go on industrial safari. I have a job that takes me into an international company that makes custom cabling to make portraits of the executive staff, record video interviews with the same (same lighting set up: light once, shoot twice) and then move on to making images of the design and work areas and the people who do the set up and assembly. After each cool still shot I'll shoot some "B" roll. A video crew will come in after me, the next day to do some "look and feel" sutff so the agency has enough content to make a good program. My interviews will get cut down and put on the website.

Funny, it was just a couple of months ago that I really started aiming toward doing more video in the business and now it seems to be flowing through the door and over the transom (wish I had a transom...). I guess having the intention is always the first step. Buckle up for a fun week. Glad you are along for the ride.'

Posted by Kirk, Photographer/Writer at 19:43 2 comments: