If it's a hot Sunday then it must be "Vintage Lens Day." Let's go for a walk and see how the ancient Olympus Pen FT 20mm f3.5 lens makes photos. 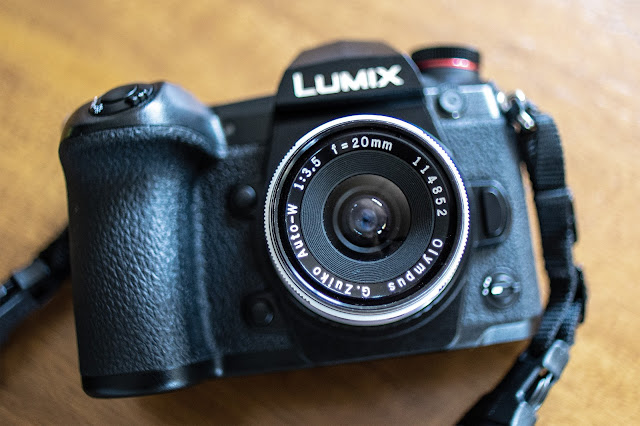 The Pen FT 20mm f3.5 lens, circa: the late 1960s.
Photographed by a 17mm f1.4 TTArtisan lens on a GH6
A classic "grab shot".
Many years ago, back in the early 1980's, I started buying Olympus Pen FT half frame cameras and lenses. They were cheap to buy in those days because people had not yet seriously embarked on niche camera collecting. Bodies in good shape were generally available for around $100 and most of  the lenses were well under that price. One of the lenses I bought back then was laughingly cheap. I think I paid $23 for a well used copy of the G. Zuiko Auto-W 1:3.5 20mm Olympus lens. It had a slow aperture which made accurate focusing with the old cameras a bit of a mess. I tried to tame it but with the tech of the day it was, for me, a lost cause. I stuck it in a drawer and forgot about it for several decades until those two Zany companies, Olympus and Panasonic, engineered the micro four thirds system. It came complete with a short enough flange to sensor distance to accommodate an adapter and still allow my ancient Olympus Pen lenses to focus on infinity.

I started pulling old lenses out of the drawer but soon found that the early m4:3 cameras didn't do "punch in magnification" and that limited the usefulness especially of the shorter, slower lenses since their apparent depth of field made for sharp looking viewfinder images but woefully out of focus actual files.

I recently re-upped with the m4:3 team and I checked out the focus magnification of the newer cameras and found it to be easy to use and well engineered to breath life back into the lenses that hadn't worked as well on earlier cameras. But I never got around to re-checking the 20mm f3.5 lens until this afternoon. Who knows why? I'd posit laziness but usually I'm pretty disciplined at getting to projects like this.

At any rate I put the lens on a well proven adapter ring, dressed for the 98° high temperatures, put on a bucket hat and took the G9 and the 20mm f3.5 Olympus Pen lens out for a walk. We are also accompanied by the Oly 60mm f1.5 but its performance today will be covered in a future blog post. Maybe.

The 20mm lens acts like a 40mm lens in a full frame, 35mm system. But one with an extra dose of depth of field. I noticed that light sources in the shots produced moderate flare and some aperture artifacting but I think that's to be expected since these lenses depended on their photographers using films with anti-halation backings and were not coated with the right coatings to reduce flaring with digital sensors.

I used focus peaking in addition to image magnification to really hone in on correct focus and I think that was the missing link in my earlier tests; no way to really fine tune at the taking apertures the accuracy of the focusing. Today though I was able to absolutely nail focus even while stopping down to f5.6 or f8.0 and focusing there. Sean Reid imagines that the greatest accuracy when focusing manual lenses such as these is to do your focusing with the lens wide open and then stop down to make the exposure. I, of course, disagree and think that with high magnification and nuanced focus peaking you can reduce focusing error caused by focus shift from stopping down when  focusing at the taking aperture instead. 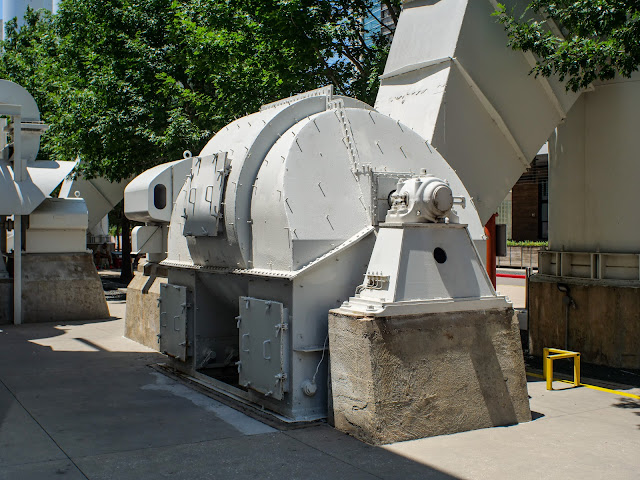 Since I can clearly see the texture of the paint on the machine that is the subject of
this photo I have to say that the lens is very capable of good sharpness performance
when used at f5.6 or f8.0. This image was taken at f8.0 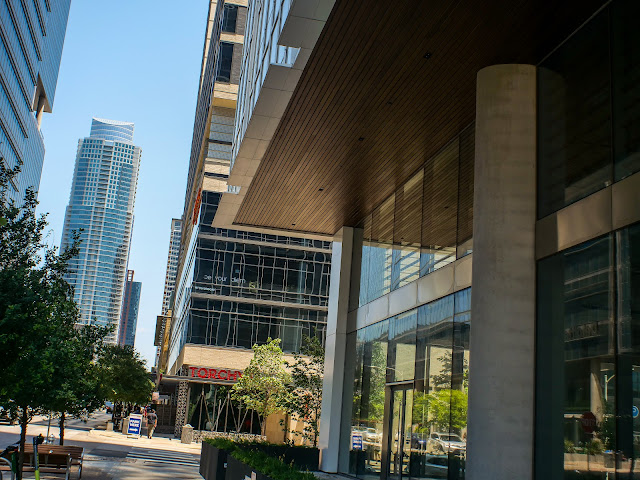 Can a lens add to apparent (not actual) dynamic range?
Well, yes. Of course. Highlights bleed into shadows and vice versa.
The image just above is a good example of this. 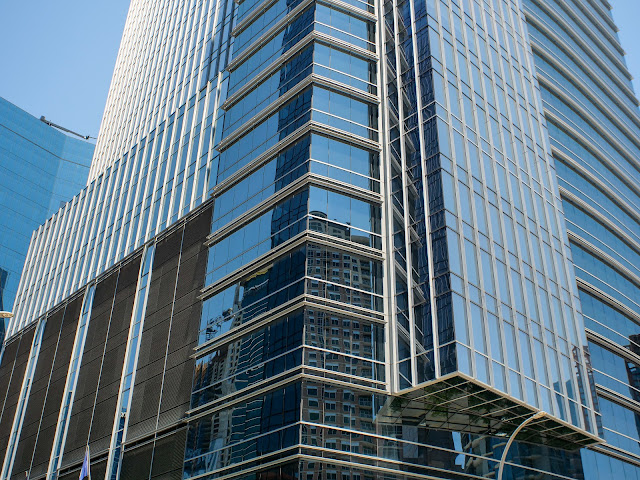 When I blow up the images and look at them on a high res monitor I can see that modern lenses are capable of a bit more sharpness but a LOT more contrast. I found that I can more closely emulate the look of modern lenses by adding contrast to the image and also making generous use of the "clarity" slider in Lightroom.
While I wouldn't recommend that you go out and search for one of these when there are so many other better lenses in the same focal range I was pleasantly surprised that a lens designed in the 1960s for a film camera can still do a good enough job to pass for "good" in modern times.
The lens is small, relatively lightweight and looks pretty cool on the front of a modern GH or G series camera. I would caution against using it wide open or stopping it down much past f8.0. But in the sweet spot, with the light coming from over your shoulder, it can still make nice photographs.
A fun way to get in a 3.5 mile walk, exercise one's distance vision, get acclimated to the coming heat waves, and to see if one's technique can help compensate for an ancient lens. A nice way to spend some time with a camera.
next up: Is the Pen FT 60mm f1.5 still relevant in 2022? Is it still a sexy portrait lens? Is it worth the current used prices? We'll see.
Posted by Kirk, Photographer/Writer at 18:10 5 comments: