A quiet portrait from a studio session. 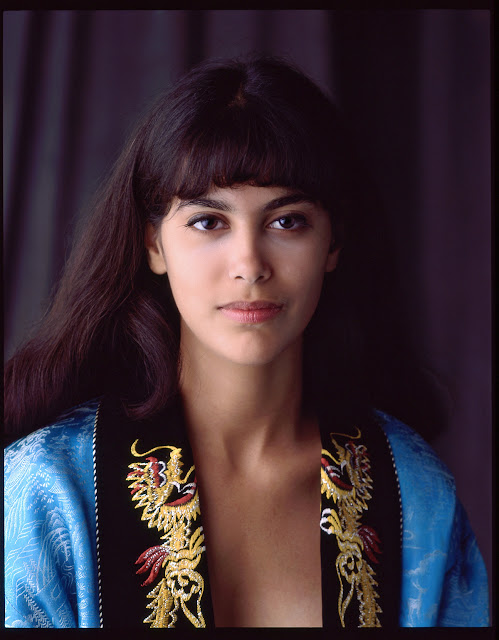 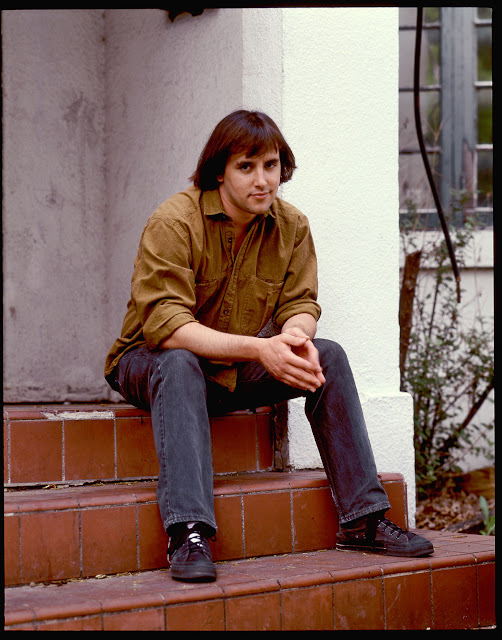 
Richard Linklater had just become famous in film circles for "Slacker" which both changed the face of independent film making and introduced a new and highly descriptive word to our lexicon.  He was about to embark on his second big project, "Dazed and Confused" and the editors at Elle were doing a profile piece on him.  They called and asked if I could provide photos.

I looked him up in the phone book, called and set up a shoot time.  We did some images here on his front porch,  some in front of an old theater with a wonderful mural, and even some reclining in a trash heap.  We had no make up artist, no publicist, no art director and no shot list.  We used no lights.  We never contemplated the inverse square law or any of its new derivatives.  We just went out and shot stuff and had fun with it.  My assistant carried one of my two camera bags and kept one of the two Pentax 67 cameras we were shooting with loaded.  The Pentax shot 10 frames on a 120mm rolls so we didn't do a lot of "machine gunning."  I did have along a third body that was permanently fitted with a Polaroid back so we took one Polaroid at each location just to make sure we believed the meter.

The Polaroid back was made by NPC and used fiber optics bundles to get the image from the film plane to the Polaroid film.  At a buck a pop we tended not to chimp much Polaroid.  We could pretty much see the effect we were getting with our one old piece of foamcore, used as a fill card......

We shot about 10 rolls (120 shots) and then retired to Quackenbushes Intergalactic Bakery and Coffee Bar for some coffee and some giant cinnamon rolls.  Elle magazine liked the photos and ran them a month and a half later.  Then they sent me a check.

I liked the Pentax cameras and, if you locked the mirror up before each shot they made very sharp and contrasty images.  But the loading was finicky and I never liked the 6x7cm aspect ratio so I sold them to someone else and continued on with the square format cameras.

I find that there's a tendency to complicate shoots now.  Back when we shot this we were just doing our work.
Posted by Kirk Tuck, Photographer/Writer at 11:11 2 comments: