The Inspiration of Operational Friction. Why old guys want to go back and shoot film. 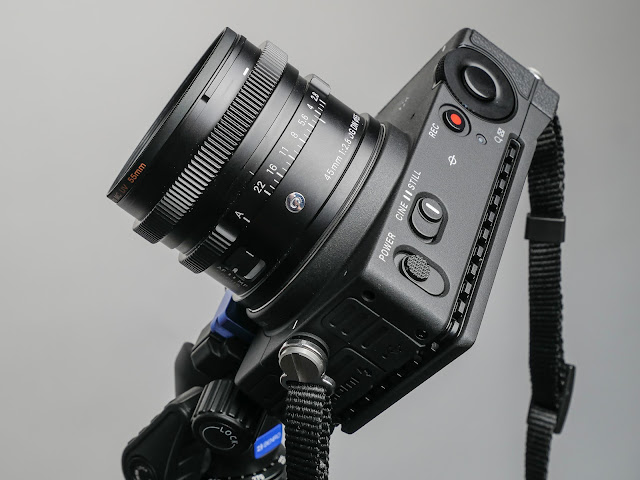 The Sigma fp can be a pain in the ass to shoot with...
for the uninitiated.

Face it, some people just love a challenge. It's why humans invent stuff, create stuff and generally push boundaries when they really don't have to. When things become so easy that the results are eerily predictable people get bored and look for ways to make their processes harder so they can own the virtue of the effort required to do things that are not easily do-able by everyone else.

Most old guys who profess to "love" photography grew up in the time of film and had to learn all the alchemy of shooting, processing, printing and presenting if they wanted to be successful in the field. I've written before that I think most were drawn to the challenge of having a complex process to learn and master more so than actually having a profound visual message they wanted to share. At one point in history photography they nestled in at a point where the discipline was still difficult to master but not nearly as daunting as the age of large format glass plates, and, having achieved a balance between ease of use and just enough friction photography became the pervasive imaging tool of choice for many. From the 1970's until the turn of the century film became much more consistent, cameras much easier to use, and printing was a mature technology.  But it still took time. And resources. And knowledge.

Make no mistake, the whole process still required people to know a lot and to practice the workflow and processes a lot. There were also far fewer ways to "fix" images that you messed up on in the initial taking stage of photography. You had to get more things right in camera to be proficient. The process for most working photographers, and a great number of ardent amateurs, was still time consuming and daunting, and information was harder to come by that just initiating a Google search or watching a "take me by the hand and explain to me with small words" video tutorials on YouTube. Most people hit the wall when it came to loading film onto reels in total darkness...

Film had to be correctly loaded, meters read, focus adjusted, filters applied for shifting color temperatures and so on. If you wanted faster or slower film you either had to unload and reload your camera or carry along multiple cameras, preloaded with a variety of film types.

Most people in the general population could not be bothered to either learn the minutia or to spend the money required to participate fully. Most lighting stuff didn't really enjoy the low prices mass production made possible in the first two decades of this century: it was priced more painfully.

While it's true that, adjusted for inflation, most cameras were equally affordable back in the film days, compared to current digital cameras today, but what people who make those comparisons miss is the sheer cost of film and its attendant processing. It cost money per frame to shoot. Money that seemed then to constantly be in short supply for most. And it required experience not to mess up a developing tank full of latent images by making some critical misstep.

For the last twenty years or so hobbyists and pros alike have been investing their discretionary time and money into digital cameras and all the associated accessories and, until recently, having a blast doing so. They've been hellbent, in the early stages of digital development, in having the pleasure and bragging rights of mastering yet another aspect of photography. Living on the new edge.

Photographers seemed to be having a blast until right up to about three or four years ago at which time I started hearing about many people's enthusiasm for photography waning. After having mastered the "art" of getting images out of the new technology that are, by every measure, profoundly better than what they had been able to get out of film and film cameras they had become bored. (The gods make  bored first those whom they wish to destroy - Virgil...).

It was at the point when "sufficiency" was declared (the idea that current technology and capabilities were more than enough to satisfy most users) that the boredom set in like a fog over the legions of photographers who had just a few years earlier been on the hunt for the "next great thing."  Seems that in the absence of a message, or a subject matter to pursue, the game of "mastery" had run its course and many photographers became victims of a certain ennui. An emptiness about their hobby. A feeling of gloom about their occupation.

I posit that any true art requires a certain degree of friction in its process for us to feel that it is both challenging and worthwhile. Writing a novel comes with a set of challenges that is immune to changing technologies. Yes, you can now dictate your manuscript directly to your computer but the true guts of any novel is the story, the descriptive artistry, and the perseverance to get the whole story out before you run out of time and die; or become too bored and distracted to finish.

Mastering html or the art of "researching" on the web has, really, nothing to do with the true process of writing the book and telling the story. In this one way writers are naked and alone. There's no machine to blame for the short comings of the final product, no special keyboard that will facilitate the use of better analogies or cleaner word play. But in photography......it's all interwoven. The vision, the technology, the human interface and even the final presentation. If you are subject driven that means you can create things more easily (a good thing) but if you are process or mastery driven it means there is so much less mastery needed; the friction which moves art forward has been remediated. Squashed. Lined with Teflon.

We can't even walk without friction giving us enough purchase to move forward. We couldn't pick up a cup of coffee without the friction between the surface of the skin on our fingers and the sides of a cup. Why would we think we would enjoy our process of mastery more if the one thing that gives us meaning in our proficiency is eliminated? Watch how art dies as the friction of creation is systematically removed.

Since we adore mastery and we require a certain amount of friction in a process to push us to overcome and master the process the newest flurry of equipment and apps creates a tough choice: Give up and find something new to master or re-introduce enough friction to the process to both challenge ourselves and to create a barrier to easy mastery by the great unwashed.

(This has nothing to do with the 10%(?) of photographers who are motivated purely by a subject matter they absolutely love or a message they feel duty bound to share with a wider audience. If that's you then don't take any of this personally...).

So now bloggers and writers of a certain age, who've been right there cheerleading the digital takeover all along, now find themselves bored (real challenge gone) and generating less income (all cameras now good enough and on a longer replacement cycle) and  they are looking around to find something different to take the place of that quick digital mastery. As Dash says in the movie, The Incredibles: "When everyone's special then no one is."

What the pundits and hobbyists are mostly saying is that they want the friction back in their process. They want this photography thing to seem more like work and less like just hanging out and watching shit on TV. I'd even go so far as to say that in the cultures which embrace photography as a popular hobby there is a connection to how people feel valued while engaged in work. In many ways photography is the "work" of people when they are not at work. Some feel at loose ends when they aren't being productive in the moment and photography, with some friction involved, allows them to feel the familiar comfort of appearing productive even during time off, or on vacation.

Give me back my friction. Give me back the belief that my work matters more than the inherent magic of the camera itself.

Well, from what I hear and read the cohort of photographers who grew up with film and remember with nostalgia how much "better" and more difficult it was to take pictures back in "the day" are going retro. They are buying up film cameras and lenses to go with them. They are buying whatever film formulations are left as well. And they intend to go back to a time when not everyone did things the way they do now. They intend to reconstruct their feelings of engagement, challenge and even friction by pulling the baseplate off a Leica M film camera and struggling to get the film leader to catch just right. They look forward to a wide and virtuous variety of over-exposures and under-exposures which will only go to prove how difficult (hence rewarding) this revived process truly is. Mostly because it has the requisite amount of friction.

Inevitably they'll bring with them (for a few months anyway) the energy and focus of new disciples. Film photography will be the "real thing." They'll start proselytizing the wonders of shooting with film, the wonders of advancing film with particular camera brand wind levers, gushing about the smooth focusing of vintage, manual focus lenses, ad infinitum. There will be a run on all the remaining film cameras littering Ebay and a whole cottage industry for writers will emerge as new readers require the guidance of a "film camera expert" to guide them through the wide range of cameras still available.

And then film will finally vanish and we'll have to find some other way to re-introduce enough friction into our lives to revive our feelings of adequacy and worth.

Can't imagine videographers on a hot search for old 16mm movie cameras but then that's a whole different topic. 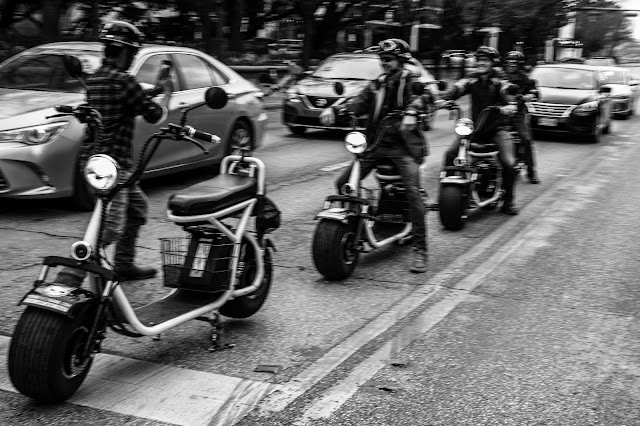 No one is immune. The reason I love shooting with the Sigma fp is that it can be a straight up pain in the ass to use. The I.S. is just silly and inconsequential, there's no EVF, it's interesting to hold, etc. but it does serve to make me think more and work more to get photographs I like.... Just so you don't think I hold myself above the fray.

Posted by Kirk, Photographer/Writer at 16:22 27 comments: