A random scene from the bar district on Sixth Street on a Saturday afternoon. 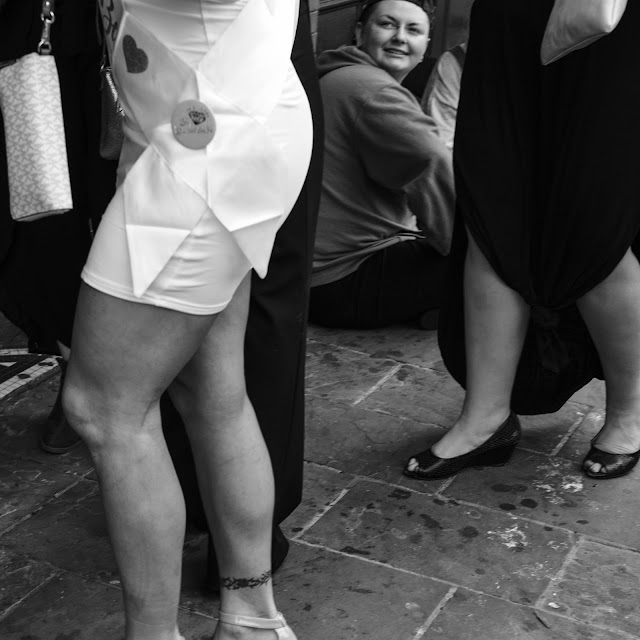 I love composing in the square format. Everything seems to fall in place for me. One thing I like about the cameras I've been using lately is the ease of using the 1:1 frame for my work. It just seems natural to me.

After testing lenses last week I was happy to walk around with a simple, 50mm (35mm equiv.) format lens on a square frame in black and white. It reduces the amount I have to think about to a minimum where technical settings are concerned and allows me to drop into the nice zone of just looking for stuff I'm interested in looking at once they become photographs.

The super long lenses can be fun, the super wide lenses make me feel as though I'm having to work too hard to make things fit correctly, but a nice, normal focal length is like a vacation for the eyes. That, and a good B&W profile in your camera.


Posted by Kirk, Photographer/Writer at 14:35 2 comments:

From time to time, usually after reading a Robert Adams book about photography, I try shooting non-human subjects in black and white. I never know what to do with them when I finish the inevitable post processing.... 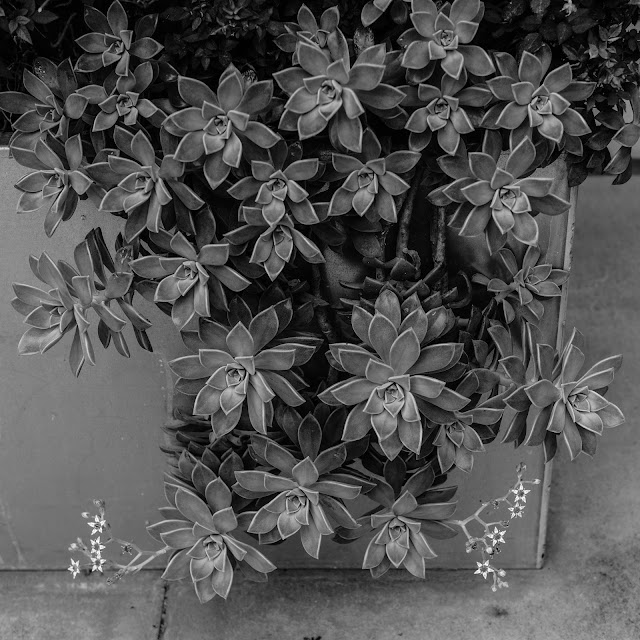 Once you've decided that you want to show a scene how do you decide between all the permutations you end up shooting? Which one gets the nod? 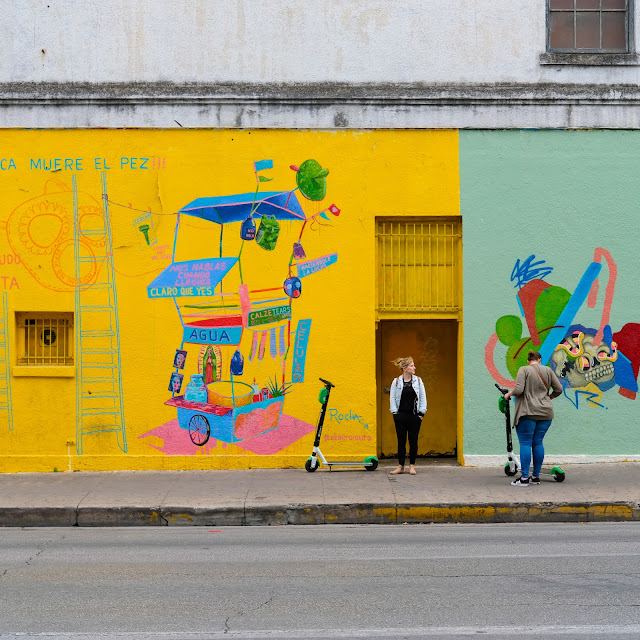 There's a wall just off Congress Avenue, on Fifth Street, that has a long wall and an ever changing mural. It's always interesting but sometimes it's better than others. I was walking by, across the street from the mural yesterday when it caught my eye. I photographed it from the corner (an angled view) and also straight on as in these two examples. I photographed it with and without people. And I photographed it with and without cars. It sounds like a bunch of permutations but I think I shot the whole collection of 13 or 14 variations in the space of 3 or 4 minutes.

When I'm out shooting around town I always tend to shoot multiple variation of interesting scenes, when time and the situation allows. But I always struggle in the editing because it's hard for me, sometimes, to declare one image to be better than all the rest. Each has something a bit different which catches my eye, otherwise I would not have continued to take photographs.

Usually the difference has something to do with the composition but in this situation I think the choice between these two images is more down to gesture more than anything else. I'm curious to know how you make a choice when you have half a dozen or a dozen images from the same basic set up, all of which you find interesting for different reasons.

I was using a camera that I haven't paid enough attention to previously; it's the Fuji XE3. I wanted to walk around as unencumbered as possible and I wanted to carry an extra lens and battery in a Jacket pocket. Turns out the XE3 with it's small size and light weight was just what I wanted. I mostly kept the 35mm f2.0 lens on the front; it's very small, light and sharp (even at f2.0) but I carried the 50mm f2.0 in my left jacket pocket leaving room in the right pocket for a vegan lemon and hazelnut scone from Whole Foods.

I shoot more than I ever end up using and I've learned to divide the take into: keepers, maybes and instant trash. The percentage varies but usually less than 5% of the photos from a two or three hour walk through the city are keepers. Another 5% are maybes and the rest never get ingested into Lightroom or stored anywhere. They just cease to exist the next time I format the memory card. This is a good discipline for me since I seem to be hesitant to pick favorites.

If I saved every frame I shot I'd have millions of image cluttering up an endless array of hard drives. If I knew which keeper I wanted to distill down to I could save even more space. Some images you just have to live with before you really know if you want them. The rest are pretty obviously crappy. You do yourself a favor when you flush them out of the system.... 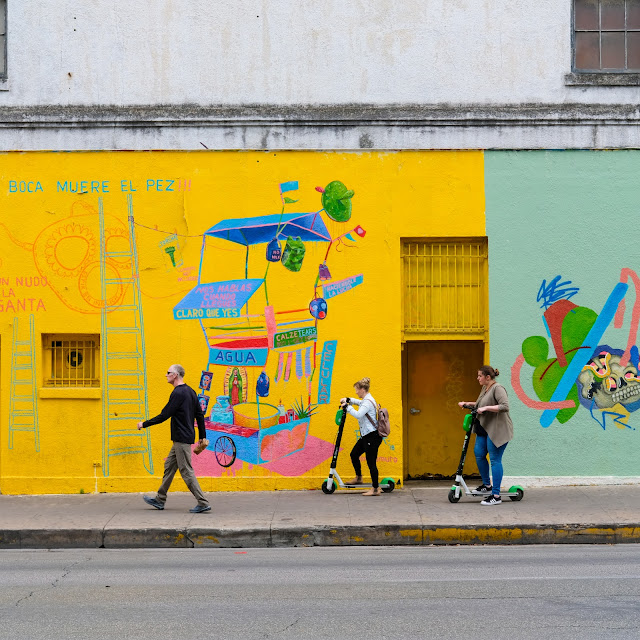 Posted by Kirk, Photographer/Writer at 14:27 6 comments: