Sony RX10 in the workplace. 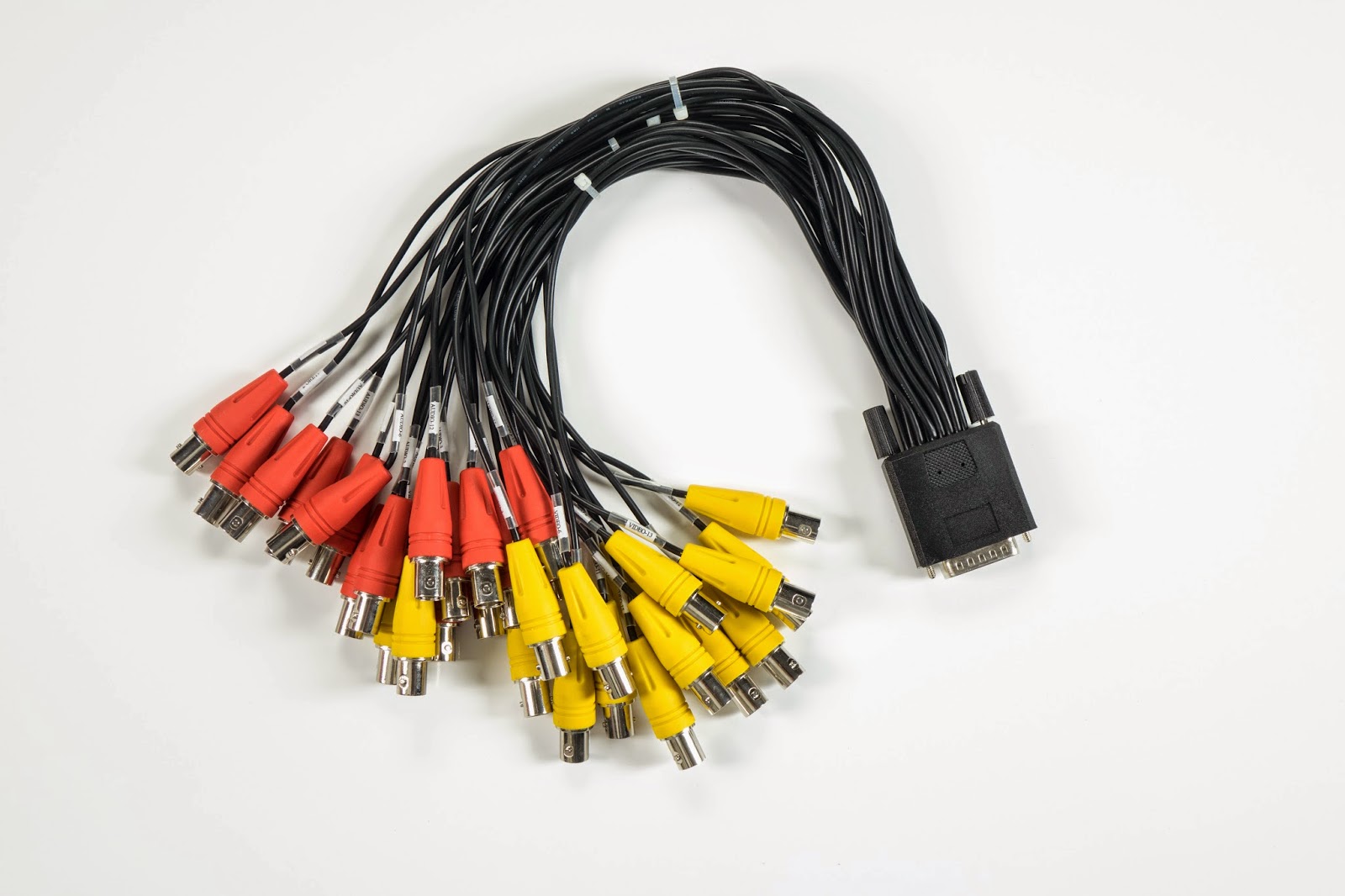 I was shooting some table top stuff against white on Friday. Same as I've done for years and years. Only instead of using a "professional" camera I decided to test the set up with a Sony RX10. I was shooting with fluorescent light and also shooting with the camera on a horizontal arm on a Gitzo tripod so I needed a camera that would shoot without vibration. The image will end up being masked so the cables can be removed from the background and dropped into whatever document or web use the final client has in mind.

I set up the camera to shoot raw files and I enabled a two second delay self timer. Having read the reviews of the camera at DP Review and other websites I decided to use f8 as a good compromise between depth of field and diffraction. Interestingly enough the RX10 is one of the few cameras (according to Sony info) that uses a diffraction correction algorithm with helps to correct for diffraction induced aberrations as the lens is stopped down. In fact, I did test the lens all the way out to f16 and it was much better than my grasp of physics would have led me to believe.  All things considered I thought f8 would be just fine.

With the camera directly overhead I auto focused with a wide focusing pattern and metered using the camera's zebra feature. I have it set for 100% so I shifted exposure until I just got the zebra pattern showing and then I had a reasonable expectation of getting white background in the final image without having to monkey around too much in post. The zebra settings must be a tad conservative because I still had detail in the white areas. In reality the 100% is more like 92%. Good to know.

I didn't bother with a custom white balance since I was shooting in raw and against white. The file certainly didn't need much nudging to get exactly right in PhotoShop.

What I wound up with is a file that has lots and lots of detail, very little noise and no weird lens stuff going on. The electronic shutter with self-timer is vibration free.  The fast set up and the great EVF and rear screen make this a fast camera to use for more mundane work.   Especially work that is most likely destined to run small in a brochure or as an illustration on a back page on a website.

One might be able to make the argument that a Nikon D800 or a Sony a77R would be a better tool for this type of work but with every change one leg of the compromise changes as well. Those cameras would have less depth of field and would require smaller apertures to ensure sharp focus. Being a phase detection AF camera, the Nikon D800 can be subject to focus shift. The Sony lacks an electronic shutter and, according to many, suffers from exactly the sort of vibration that this kind of set up would amplify.  I prefer to keep things simpler and happier.

In the new world of advertising and commercial work the RX10 is a competent and very adequate performer. Not all still life is basic and straightforward and a larger sensor camera would be useful if you were dealing with putting parts of the frame out of focus. But for documentation and representation of (non-glamorous) and utilitarian product a simple solution is effective and efficient.

Posted by Kirk, Photographer/Writer at 13:09 13 comments: