This is the camera everyone's been wishing for. I can hardly wait. (wish it was a longer focal length)....

Fuji Finepix X100.  Finally.  A camera manufacturer with some cojones.


This just got announced by Fuji.  It's the camera a lot of people have been waiting for.  It's a super high quality, fixed lens, large (APS-C) sensor camera from a company that builds exquisite (and very low noise) sensors.  It's 12 megapixels and the MTF charts that they published on DPReview.com are just incredible.

Note that the lens is an f2.  You have a choice of using an optical viewfinder or imitating aunt Myrtle and holding the machine at arm's length to compose on the rear screen.  I'd assume that, with no mirror, the shutter sound will be......demure.

Small, light, fast, super high quality imaging, incredible styling (with many nods toward the old Leica M's) and so much more.  The only real questions are:  How much will it cost?  And,  When can I get my hands on one?

Posted by Kirk, Photographer/Writer at 20:20 47 comments:

What does it take to succeed in photography? I'd say discipline is near the top of the list. 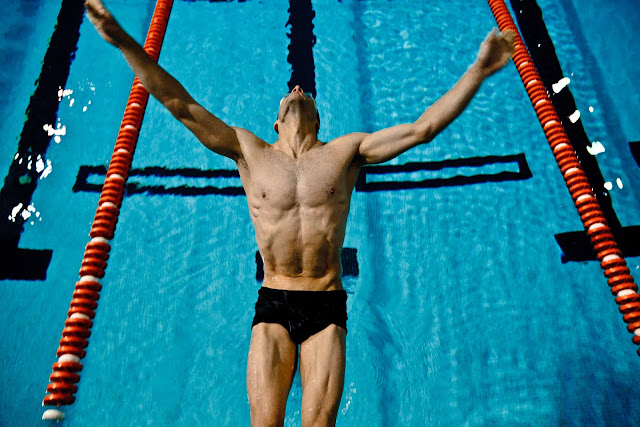 
When I was six years old I decided that I wanted to be a swimmer.  This was in the days before goggles were in wide use.  It was a time in which Doc Councilman was the most famous swim coach in the world and his swimmers at the University of Indiana won just about everything under the sun.  Doc Councilman wrote an enormous tome entitled, The Science of Swimming.  The book was a must read for swim coaches from California to East Germany.  He was a proponent of getting the technique right and he was a BIG proponent of getting your yards in.

I swam year round.  Beginning in high school we practiced twice a day.  I remember the cold January mornings when my best friend's older brother, Steve, would pick me up, along with three or four other swimmers, and we'd be at the pool and ready to hit the water at 5:30am.  Five days a week.  We'd swim four or five thousand yards and then, at 7:30am we'd hit the showers and head to class.

In the afternoons we'd hit the pool right after our last class and put in our two p.m. hours of practice.  During the holiday breaks, while our friends were skiing or at the beach or just slacking off and sleeping in till noon, we'd keep up the same schedule.

Now, as a 54 year old person,  I still get up six days a week and make the pool my first stop.  This morning my master's team hit the water at 8:30 am.  Most of us were hoping that we'd see Olympian and world record holder, Aaron Peirsol, again today.  He'd come to several practices during the week and we were all thinking the same thoughts, "Maybe I'll learn some technique that will make my swimming better."  He didn't show but that didn't stop us from swimming hard and getting a little over 3200 yards in before breakfast.  That's around 160 lengths of our 25 meter pool.

About the same amount of yardage we did yesterday.  Why do I mention this when, statistically, you don't give a crap about competitive swimming?  I mention it because the underlying thing that makes swimmers show up, stay in shape, compete and excel is......discipline.  And that discipline gives you quality time in the water.

Discipline is often the missing key in photographers' businesses.  It's the mental element that keeps one on task even when there's more exciting stuff going on over on South Congress Ave.  or in your neighborhood pub.  Discipline is the juice that drives you to finish each segment of your master marketing plan on time and with good follow ups.  Discipline is the thing that keeps you constantly working on your chops.  On your style, on your delivery, on your eye/hand skills.  On the big picture.

So you have a cold, the flu, a hangover, a set back.  Discipline says, "Tough! Get out of bed and get to work."  "Stop feeling sorry for yourself and finish your post production."  "Pick your self esteem back up off the floor and get on to the next big chance."

Swimmers know that every work out missed means a slight dilution of their feel for the water and a physical and mental click backwards when it comes to endurance and focus.  LIfe sometimes intrudes and swim practices get missed.  But discipline is the thing that drives you back to the pool and gets you back into peak shape. 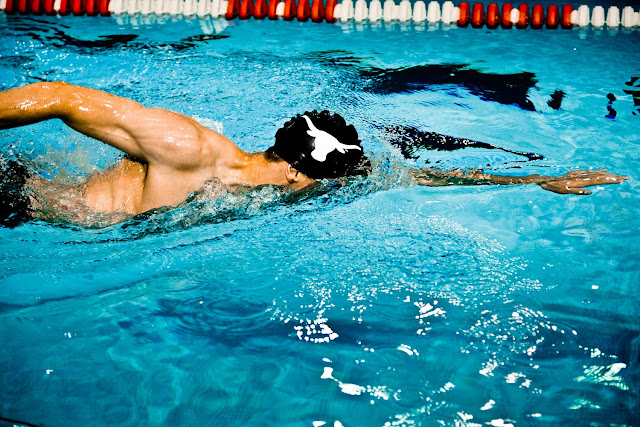 
I constantly hear photographers bitch that focusing manual focus lenses is hard.  Yes.  It's different than AF.  You actually have to practice and get used to recognizing the moment of highest acuity during the focus ring rotation.  Your hand and your brain have to work together.  It's not an instant thing it's a practice thing.  You do it over and over again until your hand has muscle memory of the process and your brain has tuned into the parameters of sharp focus as a moving target.  It takes discipline to practice manual focusing.   The pay off is that you have access to a wider selection of tools in that optic tool kit.

I see photographers in workshops and on locations that seem very uncomfortable with their gear.  They seem hesitant when they set it up and hesitant about where to place lights and how to angle them.  It's obvious to me that they spend very little time working with the gear.  It only gets trotted out when they have an assignment.  But what they really need is what my swim coach always called, "Time in the water."  And that's because there is no short cut to physical mastery.  Physical master of cameras and lighting gear comes from setting it up and using it over and over again.  Learning iteratively from your mistakes.  And if you do it over and over again you'll find a side benefit:  Your own inimitable style will emerge.

Just as all great swimmers learn from the same coaches and swim in the same workouts, if you were to stand on the pool deck and watch you would see that each of them has a personal swimming style that's different from their competitors and teammates.  It could be the angle of their arm entry, the pattern of their kicks, even the way they roll to breathe.  But it all comes from trying techniques over and over again until they find the one that suits their mentality and body characteristics.

It's the same in photography.  Dan Winters didn't read a book and go out, fully formed, ready to take his own style of celebrity portraits.  He worked and worked on the styles.  He assisted Chris Callis who assisted Jean Pagliouso.  And after each of them assisted they worked and worked and worked on their technique.  On their equipment handling.  And they learned how it influenced the way they saw things.  Which influenced what they shot and how they shot it.  They spent their time behind the camera and in the darkroom until their "photographic muscle memory" was deeply ingrained.  And they still do.

Richard Avedon felt that a day spent without shooting a photo was a waste.  And, as for time in the water, you have over six decades of his work to look at to see just how prolific he was and how much time he spent in the photographic water.

Behind every "rocket to success" like Joey Lawrence there's a backstory of a guy who lived, night and day with his camera until he understood what he wanted to show and how he could get the machine to do his bidding.  He might have compressed his "10,000 hours" by working around the clock from the age of 14.  He didn't just roll out of bed one morning, meander over to the local camera shop to pick up a camera and say to himself, "I've got nothing better to do, I guess I'll be a world famous photographer today."

Behind nearly every artist I can think of the secret weapon they all share is discipline.  And the better the artist the more ingrained the sense of discipline.

But I carry that discipline with me into the photography business and you should do the same.  This is a freelance undertaking.  We set the schedule.  We set the bar.  We set the goals.  We succeed by following thru.  We succeed by being better than the other 100 people who want to push us off the hill.  The practice informs the style.  The style differentiates the photographer.  The differentiation gets us noticed by clients.  The clients buy the style.  But the client depends on our discipline to make work perfectly each time.

I have the same nervous feeling in the pit of my stomach each time I head out the door to start an advertising project that I used to get when I stood up on the starting blocks before each swim race.  That's because the outcome of the race will be based on the net result of all your discipline and planning. You will win or loose based on how well you execute technique, how much endurance you have and how strong your drive to complete the race or the job is.

Discipline is mastering the camera in your hand.  It means reading the owner's manual until you understand every function.  It means backing up your files right now at three in the morning instead of some vague time in the future.  It means reaching out on a regular schedule to market to your clients.  And it means getting up and doing it all over again every day.

Photography and competitive swimming are so much the same.  The products of right thinking, much practice, and commitment.  In each, time in the water is critical to creating success.

I've said before that no one can expect to be a good photographer unless they constantly practice.  Non professional photographers sometimes opt themselves out.  They think they have an excuse.  They have other stuff to do.  But in reality as long as they can dog paddle they think they're swimming.  Wrong.  They are just wet and keeping their heads above water.  There are very few swimmers who make a living past their 20's from the sport.  But that doesn't keep 40, 50, 60 and 70 year old swimmers from practicing, racing and breaking records left and right.  The ultimate reward of discipline might be nothing more than proving to yourself how good you can be.  And if it pushes you to excel then that's enough.

Don't miss practice.
Practice good technique.
Don't cheat yourself.
Don't give in.
Don't give up.
Don't settle for less.
Work through the pains and disappointments.

You'll be a better photographer or a better swimmer.......or both.
Posted by Kirk, Photographer/Writer at 12:48 16 comments: