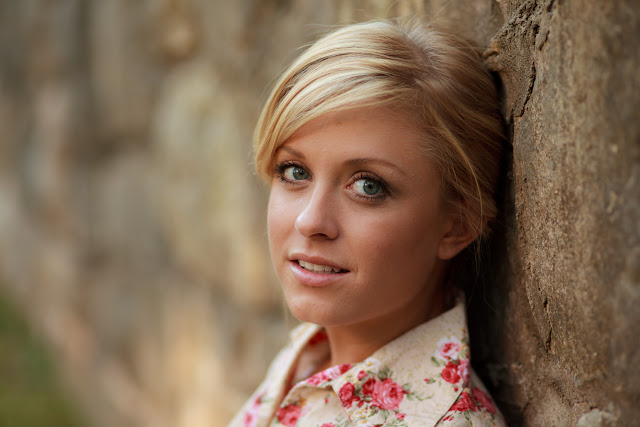 It was one of those perfect Austin afternoons.  The temperature was in the 70's.  It was dry.  The sun was shining in a clear blue sky and there was a gentle breeze with just enough energy to push around some blond hair.  Jana (above) and Amy came over to the studio so we could experiment with some lighting ideas.  Late in the afternoon we posed Jana in front of the stone wall that runs a couple hundred feet across the front of my property.  The open shade was great but we added some fill from an electro-luminescent source and it filled in the gaps perfectly.  Others may argue about non-continuous spectra and other supposed inconsistencies but I think Jana's flesh tones are right on the money. 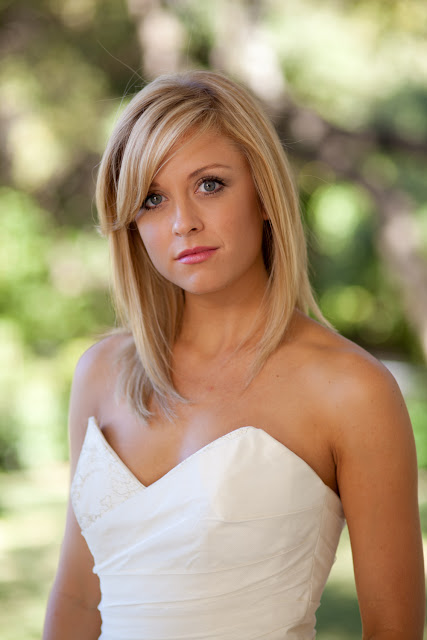 Earlier in the afternoon we all headed to the Rollingwood Swim Club to take a few shots of Jana in her superb wedding dress. We were working under a covered area and use a few tiny portable LED light panels for some fill light.  The lens was a 100 and the working aperture was 2.8.  On our way into the pool a very nice young man held the gate open for our little entourage.  It was Aaron Piersol, the world record holder in the 100 and 200 meter backstroke events.  He's also got a handful of Olympic gold medals.  Amy and Jana both approved.
We spent the rest of the afternoon playing with big scrims, little lights and bank buildings.  I don't expect anyone to fall off their seats at the photos above.  They were more of an exercise.  A practice.  I enjoyed the process of learning more about some new lights and I always enjoy hanging out with Amy and Jana.

We capped the afternoon by catching the post sunset at the bank building around the corner.  Three little LED panels on a light stand over to the left of the frame brought up the illumination on Jana while  Amy held a fourth panel about fifteen feet to the right to get just the right accent light on  Jana's hair and shoulder.  New lighting always makes for a bit of excitement but it doesn't do any better than any other light source when they are used correctly.
Hope your week gets off to a good start.  Remember, it's all just one big experiment and you'll never know what works and what doesn't unless you test your hypotheses.
Posted by Kirk, Photographer/Writer at 22:00 6 comments: