The idea of the "personal" camera as opposed to the "business" camera. 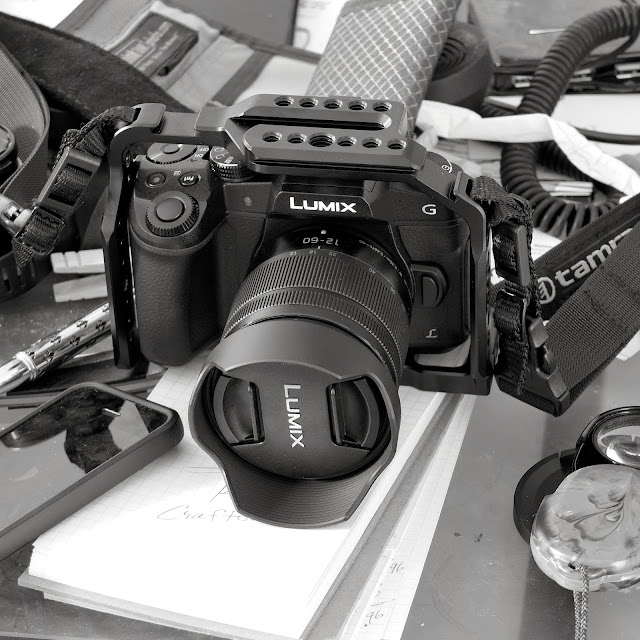 I've always enjoyed making delineations between the cameras I used for business and the cameras I used for the sheer joy of shooting and, looking back, I can see that I've always been wired this way; determined to use the "right" camera for the paying job at hand and then picking up the camera that feels best to me to take out onto the streets, into the coffee shops and out to the museums for the pure joy of documenting life. Sure, you can do both things with the same camera but really, if you do this for a living and a hobby wouldn't it be nice to mentally change gears between the two? And wouldn't a change in cameras help facilitate throwing that switch in your brain that let's you switch from making photographs that the clients like (and because they pay you...) to making photographs the likes of which you don't have to care if anyone likes? I know I'm happier this way.

When I go out to shoot at corporate events I wear a suit and tie. It goes with the territory. But I can hardly wait to get home and, if it's Summer in Austin, change into a pair of well worn shorts, a cool, short sleeved technical shirt and a pair of flip-flops.

When I go out to photograph the CEO for mega-corporation I'll take along a couple of Sony full frame camera bodies, most likely leading with the A7rii and 70-200mm f4.0 G lens. I'll supplement the camera gear with cases of electronic flash gear or LED panels. But when I'm off the clock I put away those huge file generators, stop weightlifting and trade the best in class for the most comfortable to carry. Today was a case in point. I'd spent last week shooting portraits of physicians in my studio. The camera was the A7Rii with the aforementioned lens and four lights. Since all the appointments were in my studio I traded the suit and tie for khakis and a dress shirt. Yes, I wore decent shoes.

But when I decided I wanted to roam around Zilker Park today and possibly shoot a bit of 4K video I did not reach for the A7Rii or even the new GH5; I had my eyes firmly fixed on the Panasonic G85 and the lightweight/compact 12-60mm kit lens. At about a quarter the weight of the Sony rig and less than half the weight of the GH5 and the 12-100mm lens carrying the G85 in 105 degree heat, down a dusty path, was much less of a burden than those presented by the other choices.

My shooting goal was to get a start on creating a stock, 4K video library of Austin attractions, monuments, notable landmarks and typical Austin pastimes. It can't be a bad idea to have good, color rich video of Barton Springs Pool thronged with swimmers in the heat of the Summer, or people sitting out, braving the heat to have coffee at Jo's Coffee on S. Congress Ave. because I am fairly certain that one or more clients will decide in the dead of winter that they need to create a new recruiting video and, Hey! wouldn't it be great if we had some Summer-y shots of people being casual all over the trails and pools and lakes of Austin!? And what about that Graffiti Wall I've heard so much about?....

Here's the thing about shooting popular landmarks in Austin when they are in full use. Peak demand. There's no such thing as adjacent/nearby/reasonably close parking. If you want to hit the big pool at 2 or 3 in the afternoon on a Summer weekend you'll need to get clear that you need to do some hiking to get there. Today I parked at Zach Theatre because I have a hangtag that I can use to access the lot. It's about a mile from the thousand meter long, spring fed pool. You just have to get to the hike and bike trail that runs around Lady Bird Lake and wend your way around on the crushed granite trail to get there. And I have to say that when it gets much over 105 degrees with a bit of humidity tossed in (because the Photo gods can be cruel and playful...) you'd have to be a bit daft to want to drag along more weight than you absolutely need to do your task.

The Sony stuff and the Hasselblad stuff and the Panasonic GH5 with its new friend, the Heavy Lens, all stayed home in the air conditioning. I put on a pair of walking sandals, grabbed a hat with a brim, put a six stop neutral density filter over the 12-60mm kit lens (58mm) and put that lens on the G85 (cage temporarily discarded) and headed out the door. My one concession to overpacking? I put an extra battery in my left pocket.

Guess what? The little G85 is wonderful. The finder has better than average magnification and I actually used the touchscreen on the back of the camera from time to time. I was lucky with the ND filter and the prevailing light. With the harsh sun I was shooting 24 fps (1/50th shutter) and f5.6-7.1. At those apertures the lens is plenty sharp for video. The dual I.S., combined with the digital/video I.S. works extremely well and the only thing I had to re-learn was the optimum speed at which to pan in order not to create disorienting video. (has to be Kinda Slow).

The camera seems to do well with subject motion and, since the video was ostensibly for stock, I didn't care about sound and didn't bring along a microphone and its attendant accessories.

I find that the hotter it gets outside the more stupid I become. I really have to keep my menu choices simple and concentrate on doing things in a certain order when I shoot video. It goes like this: See scene to capture. Find best angle. Check exposure via zebras and eyeball. Make sure shutter speed didn't get accidentally changed. Focus manually. Focus again. Push "record" button. Check to make sure red "rec" light is flashing. Make sure to push "record" button again when I'm done. Do it all over again at a different focal length.  If I don't do the mental check list I often screw up one part or the other of the process.

I've just reviewed today's footage and am happy with the color, tone and detail of the 4K footage. I'm hoping I can, over time, put together enough of my own footage to cover the b-roll/Austin needs of any of my clients, no matter which season we're in when the project gets signed off on.

The small camera+kit lens was a joy to use and carry. I can't imagine doing the two mile roundtrip in this disgusting heat dragging along a giant camera bag filled with big bodies and every lens I own. Since this was self-assigned I used the casual camera that appealed to me in the moment. And it was much more comfortable than the "work" gear.

Reminds me of the period in my life when I shot for clients with 4x5 inch view cameras and Hasselblads and did all of my personal work with a clutch of Leicas. It feels the same today. 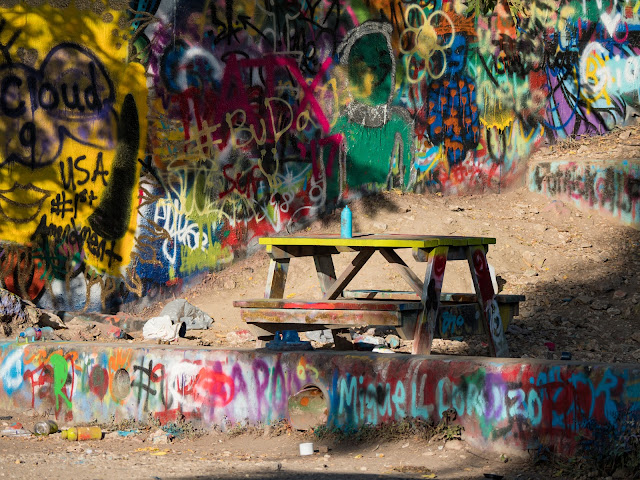 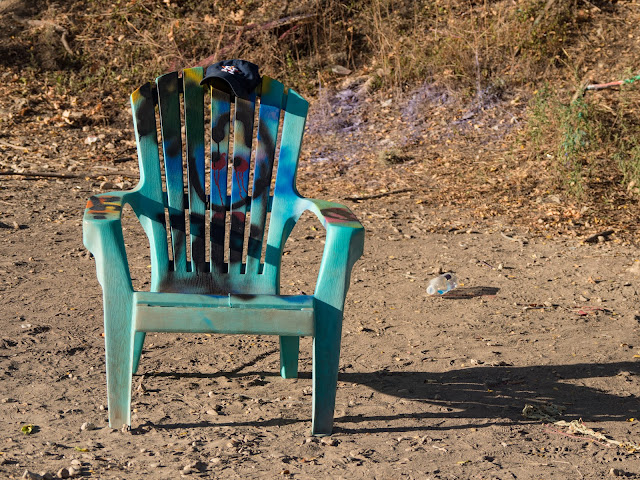 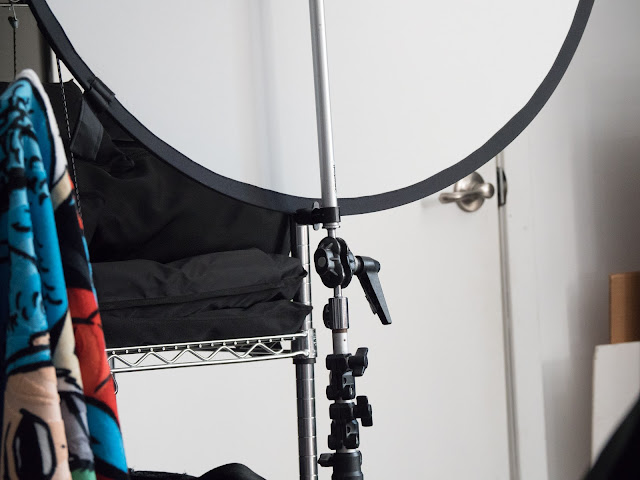 Marvel towel on the left. Drying on a C-Stand. Not happy letting it out of my sight.
Can't take the chance that Ben will get his mitts on it and relocate it with him back to college.


Posted by Kirk, Photographer/Writer at 18:40 5 comments: