Kirk Tuck and the Butthole Surfers. 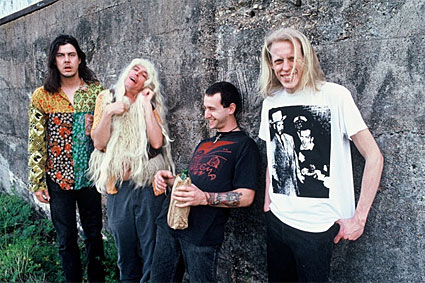 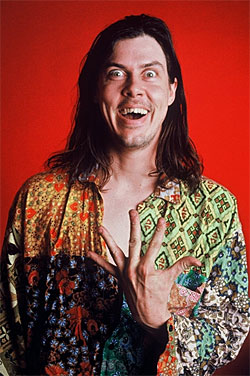 They couldn't say the name of the band on the radio here in Austin so they referred to the band as the "BH" Surfers.  I photographed them for Spin Magazine.  And again for Rough Trade Records.  They came to the studio and we shot for a while and then we headed out to do the largely cliched railroad tracks and urban downtown shots.  Later I did the album cover for Paul Leary's,  "The History of Dogs."  Just came across these photos and thought I would show them and try to dispel the notion that I've only shot stodgy, corporate work.  Loved the 1990's.  Everything was up for grabs.

That's all for now,   I'm going to go find "Hairway to Steven".   One of my BHS favorites.

Shot mostly on a Pentax 67 with a few rolls of 35mm thrown in.

Posted by Kirk, Photographer/Writer at 11:15 7 comments: