My amazing electric bike and why I think this kind of stuff is important. 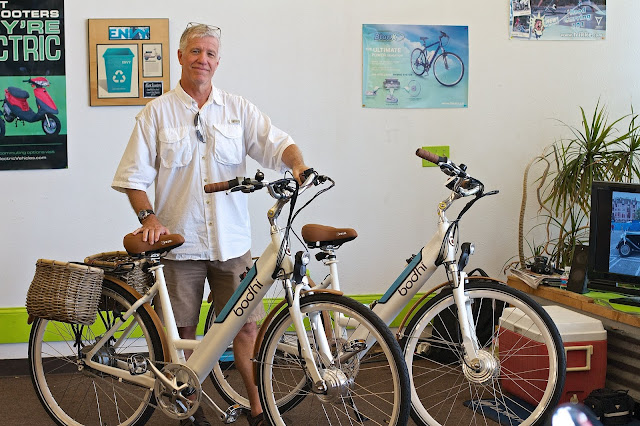 Photo of me, courtesy ATMTX Photo.  Picking up my electric bike yesterday.


We all talk a good game about being "green" and "making a difference" but in reality we're all pretty reticent to change much.  A lot of the people in my neighborhood live less than three miles from their offices in downtown Austin but every morning they rev up the Chevy Suburban, drop by Starbucks for a big ole latte and head downtown.  If they leave between 8 and 9 a.m. chances are good that they'll sit through a few red lights at the intersection of Mopac and Bee Caves Rd.,  listen to St. Sam on the radio spew lots of ultra-conservative wisdom peppered with a continuous dose of both Christian "love" and a bit of Texas-Style admiration for the state's death penalty.  Once they've followed the rest of their neighbors into the hornet's nest of parking garages my neighbors will settle in for a day of work.  Their $40,000, six thousand pound cars languishing in layers of concrete or baking in an open parking lot.  In the evening they'll do the same thing in reverse.