Sharp enough? Too sharp? Not sharp at all? Maybe it's all an illusion. 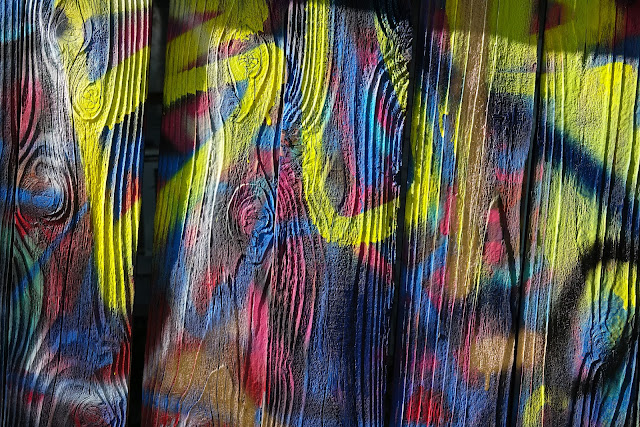 Another series of handheld shots with my current favorite point-n-shoot camera.

Of course we are limited in our photographic capabilities by the one inch sensor....... 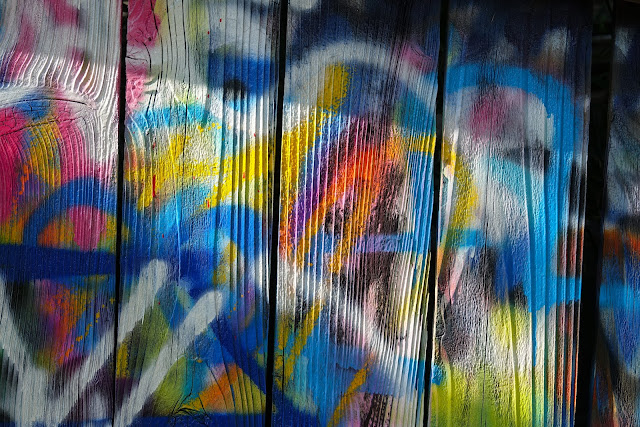 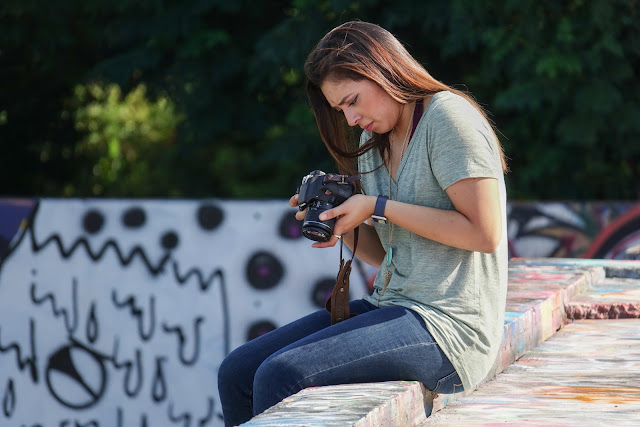 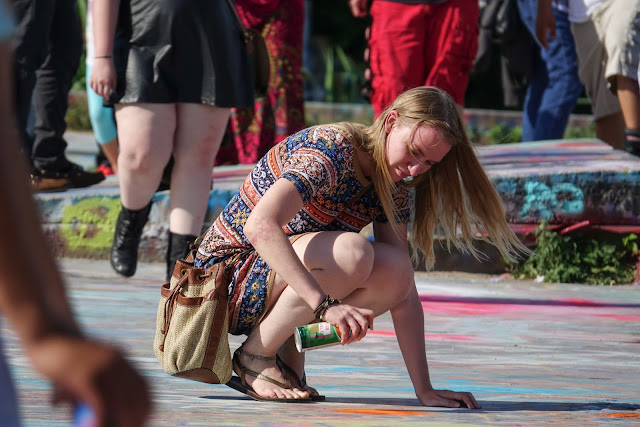 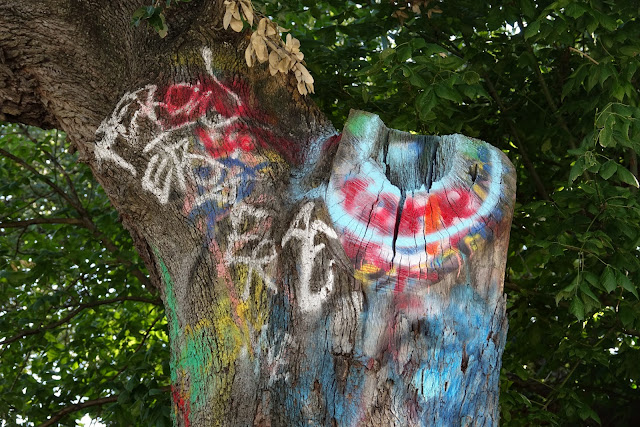 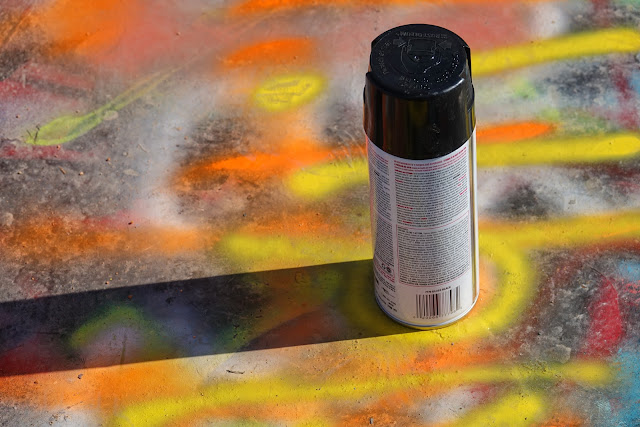 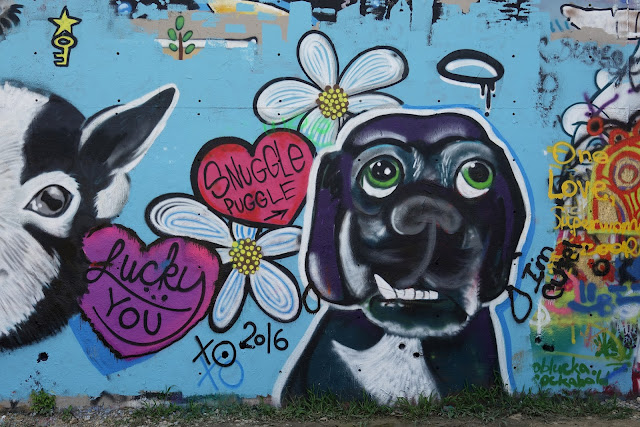 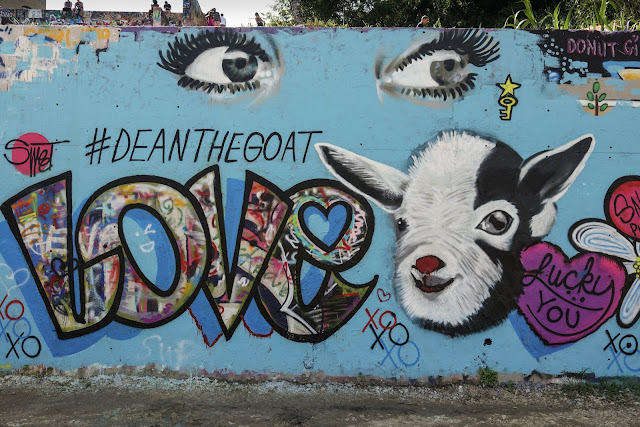 Posted by Kirk, Photographer/Writer at 23:56 4 comments:

Who knew photographs of spray paint and imagination could be so fun? 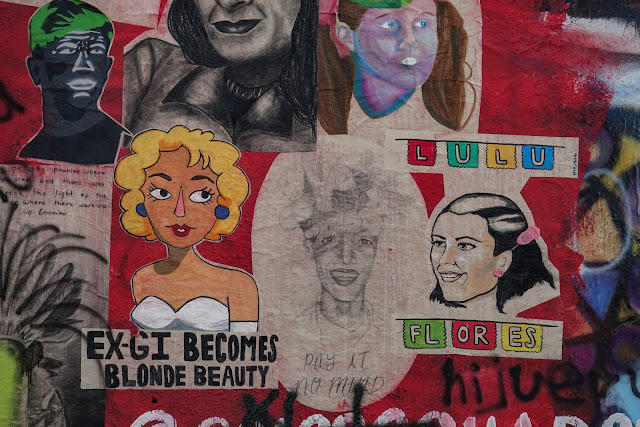 The Wall and its Domain seemed fertile with promise today.
The camera was up to the challenge.
Take a moment to look on a real monitor and click
to see the images large. There is so much going on in every frame. 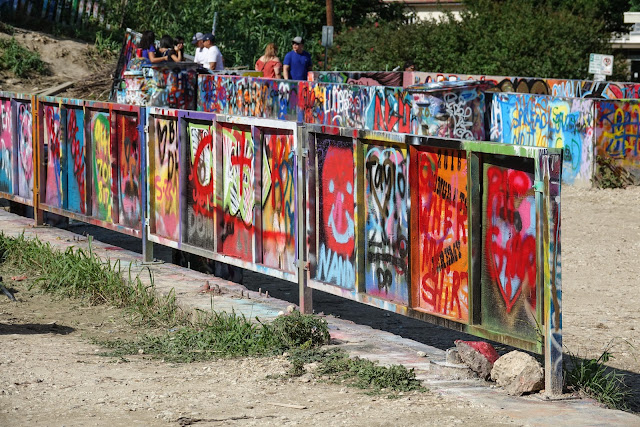 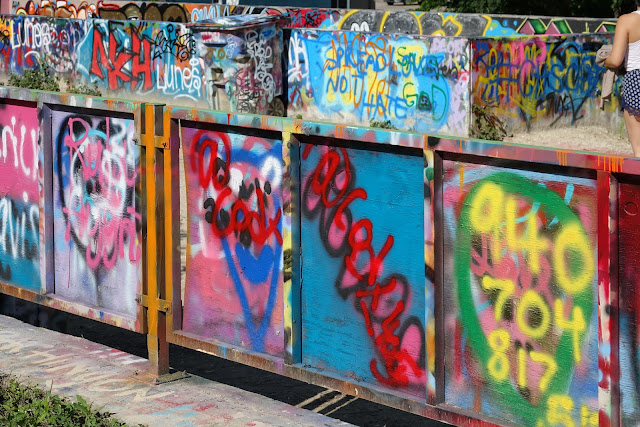 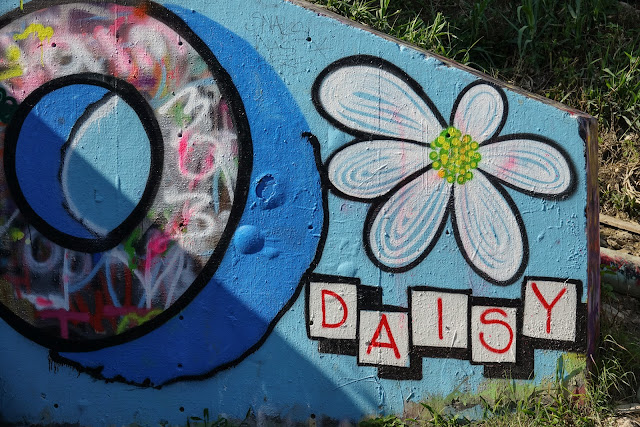 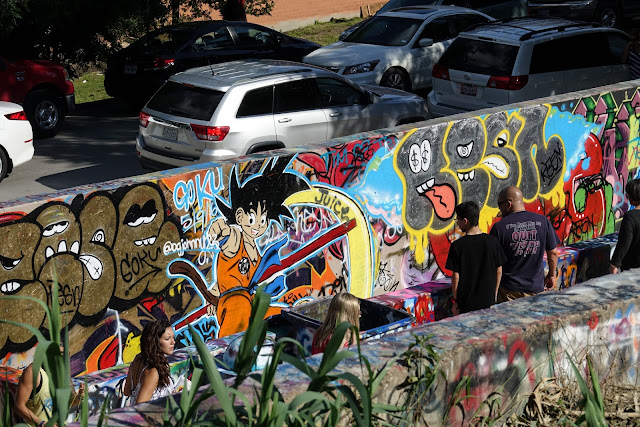 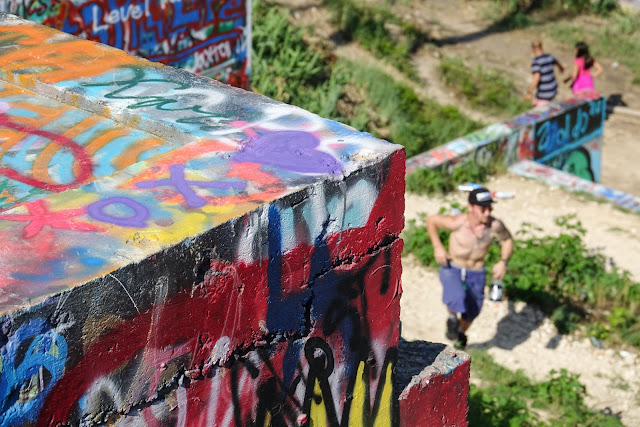 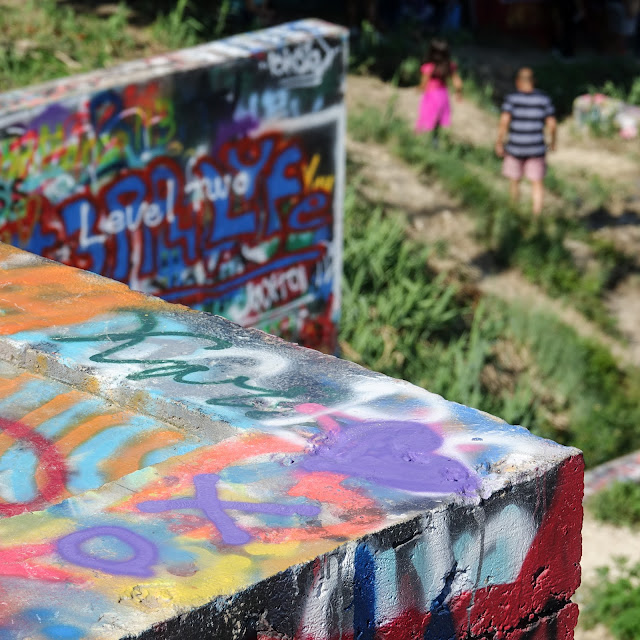 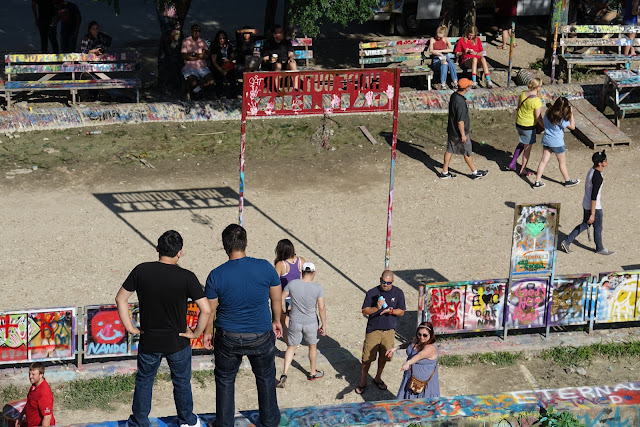 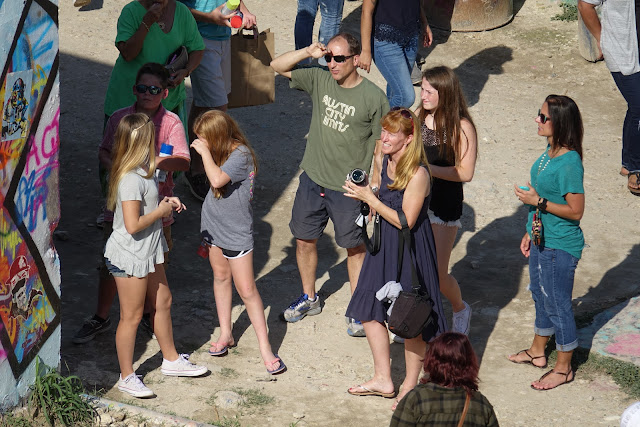 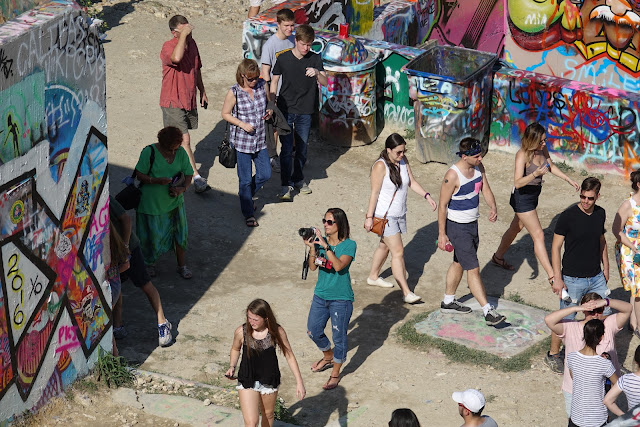 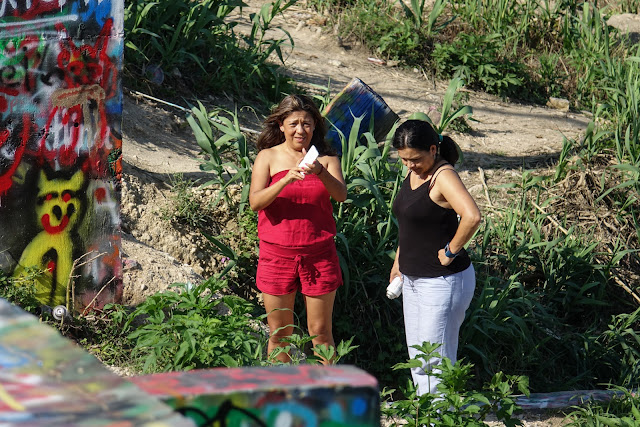 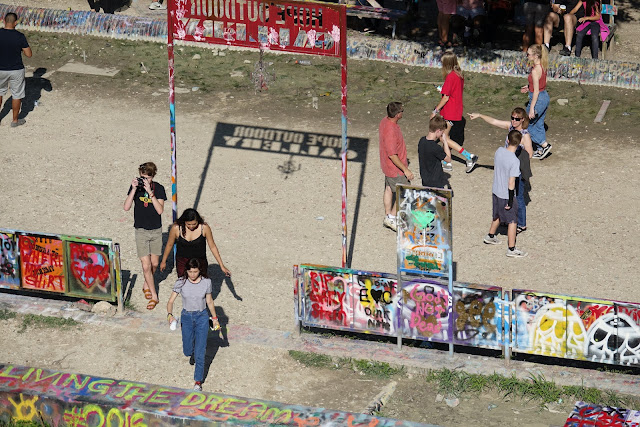 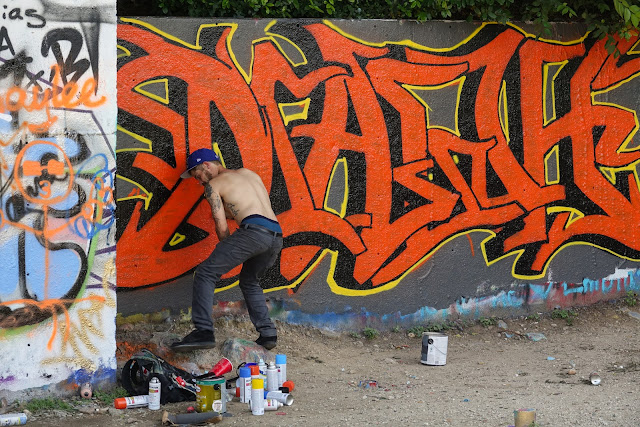 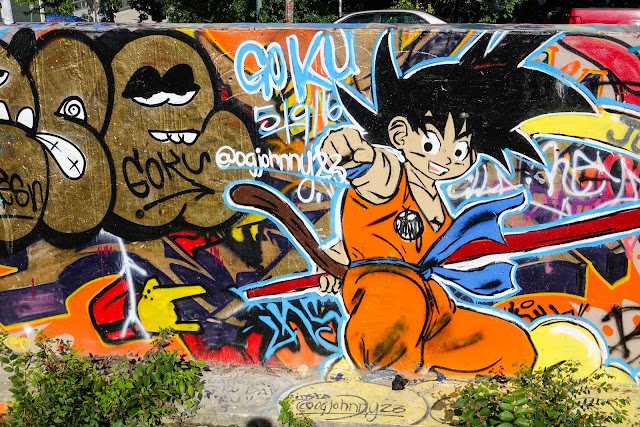 Posted by Kirk, Photographer/Writer at 19:55 47 comments:

Today I stood on a wall and took a photograph of a building a mile away. It worked out. 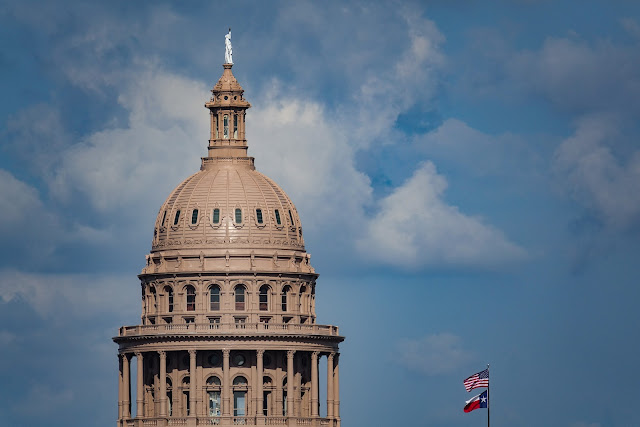 The Texas State Capitol. Shot handheld from the "Graffiti Wall" nearly a mile away.

I had no agenda this afternoon; no project whining to be finished. I've spent the last three days editing video in order to get a "rough cut" ready to deliver on Tuesday morning. I put my finishing touches on the Final Cut Pro X project around three p.m. and couldn't wait to get out of the studio and into the first afternoon of warm, fresh sunlight that we've had in what seems like weeks. My editor will come in tomorrow morning and polish the rough cut, fix some of the awkward transitions, fine tune the audio a bit and make me look more detail oriented than I really am.

I grabbed the same camera I've been using non-stop for the last two weeks and headed out the door to recalibrate my eyes from the 24-36 inch range back to the 10 ft. to infinity range. My general cure for sitting too long, staring at a computer screen, is to get out and walk and take a lot of time to look at things off in the distance. That's how I came to be standing on the high wall of the Graffiti Park ( The Hope Outdoor Gallery )  aiming the long end of my point-and-shoot camera's zoom lens at the domed edifice. I brought down the exposure here and tossed in a bit of the ole "enhance" slider. I also dodged the Capitol Building to taste...

I'm no expert, having only done this for a living for nearly thirty years and having owned every major camera system on the market, along with my share of premium long glass....but....I think the technical quality of the image is remarkably good. Sadly, though I adore nostalgia and the rose colored glasses of reminiscence, I must confess that never in the history of my career in photography have I had the ability or capability to make a photograph with this sort of magnification without relying on several stout tripods (one for the camera and second for the lens). You may have a resting heart rate of 10, have never touched a cup of coffee and are able to hold a car over your head for a good amount of time but the rest of us never had a prayer of doing a shot like this, handheld, teetering on the top of a wall, nearly a mile away. I promise.

And this is one more reason why I say that the Sony RX10iii, and cameras like it (none yet exist) are going to change the whole paradigm of working man's cameras ----  instead of being just another impulse purchase that found it's way into Tuck's bag.

You don't need to buy one if you don't want one or need one but the lens alone is worth the price of admission to the people who crave long focal lengths. Whether or not you should buy one has nothing to do with understanding the benefits of a novel combination of features which make the end product more than the sum of the parts.

I also took other photographs this afternoon but this one (and the idea behind it) were asking for their own blog entry.
Posted by Kirk, Photographer/Writer at 19:46 4 comments: