Portrait of Renae. One large softbox. One grid light on the background. An intense conversation. A practical chair. 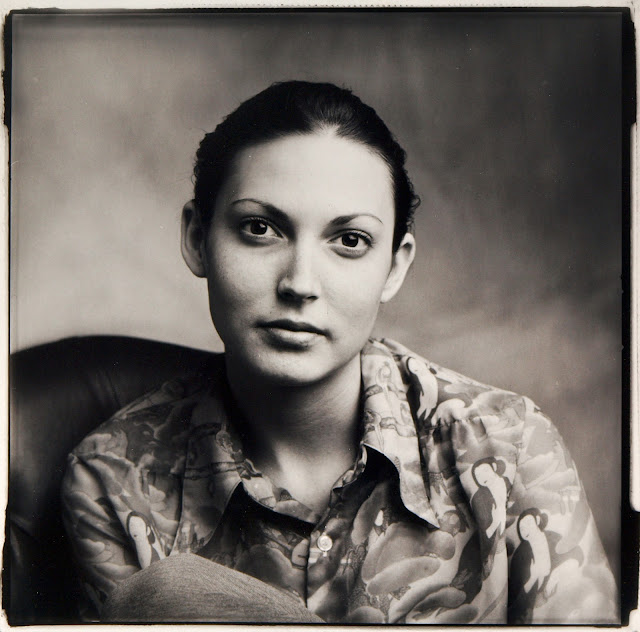 One of the nice aspects of being a photographer in the age of film and slower processes was the need to have an assistant more or less full time in order to do our work. During the few slow moments a good assistant made for a great stand-in or a good model with which to experiment with everything from the films we used to the chair in this photograph.

This was taken in the pre-production phase of a project that required (art direction) a dozen or so seated portraits for a university. We were actually experimenting with which chair we would use for comfort, consistency and a more or less anonymous profile. It was a burgundy colored, red leather chair that we found at a nice furniture store. We did end up using it for our assignment and then it became the "take a break, sit down and read a book" chair at the studio until we moved and downsized. I've forgotten what happened to the chair but I know it didn't make the transition with us.

Funny that a chair could have been such a critical feature in a photo-shoot when, in fact, it was more or less hidden by nearly every portrait sitter who participated.

Photographers as a group tend to severely underestimate the visual and posing value of their furniture. I love good, old dining room chairs that aren't big and heavy. They are wonderful for those Texas subjects who like to sit backwards on their chairs and lean their arms on the backs...

Chairs. Good props. But they will never generate the debates and enthusiasm of a good, Nikon vs. Canon or DSLR vs Mirrorless discussion.
Posted by Kirk, Photographer/Writer at 18:16 3 comments: 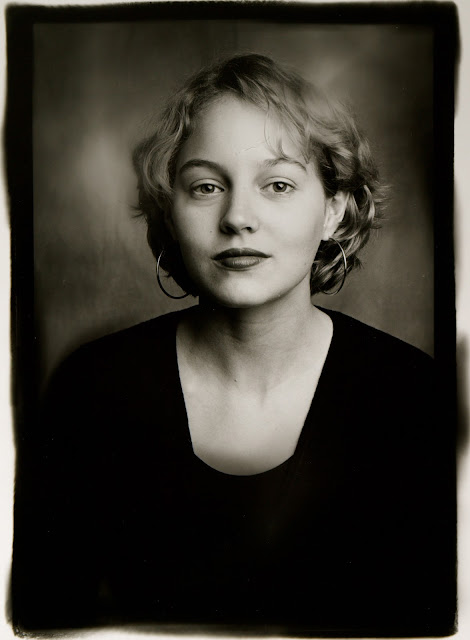 I laugh at myself when I come across older portraits that I did way back in the prehistoric times of photography. I am certain that, just like now, I searched out the sharpest and most wonderful lenses I could find for my Leica R series cameras. I am equally sure that I focused images with great care, and then I went into the dark room and post processed them with vignetting filters, Pictrols, wax paper and fllters partially covered with Vasoline. I spread out the highlights, killed the super fine detail, distorted the edges of the frame and caused light to bounce around erratically. And then I like the image. Now that it's so much easier to make all kinds of post production "enhancements" it seems that the thrill has dissipated somewhat. I'm working harder on finding a mix that I like.

But I guess my real point is that putting all the upfront emphasis on the "magic" lens or even the "perfect" camera seems a bit nonsensical if the latent image is just a starting point...

This morning's swim. I was right on time for once for the Sunday morning swim practice. I think I was even a bit early. There were five or six cars in the parking lots when I pulled in. I opened up the hatchback of my car and pulled out my swim bag and towel. Then other people started getting out of their cars and we walked over to the front gate. It was locked. Never a good sign.

We milled around and told each other that the coach might just be running late. A few minutes later the tennis pro came over and unlocked the gate. By then there were probably 15 or 20 of us but still no coach. We decided to go in anyway and pull the covers off the pool, get our suits on and get ready. One of our Saturday coaches pulled up. She was coming to workout as a participant and not a coach but she bit the bullet and decided to sub in for our missing person. (Thanks Kristen!!!).

By the time we had the covers off there were close to thirty people heading to their preferred lanes and doing their little rituals with their goggles.

We did an interesting variation for part of the work out today. We usually swim sets with defined distances and defined intervals but today we swam sets with the command line to swim as far as we could go in three minute chunks. If you were fast you might cover 250 yards in three minutes and still have ten seconds rest. We were resigned in my lane to aim for 200 or 225 yards per three minutes in my lane. If you really missed the yardage in the allotted time you dropped 25 yards on the next round.

Just as an aside for fellow swimmers on the blog: I am experimenting with two things which seem to help make me just a little faster. First, I am pulling down deeper after my catch so my arm stroke, overall, goes deeper down in the middle of each stroke. Second, I am trying to hold my hand position more rigidly and with less "give" than I have before. Being mindful about hand and wrist strength seems to make the front end catch and the back portion of the arm stroke more efficient and faster.

I know it's working when I look at the time clock and I am reinforced in that belief when I wake up the next morning and am "muscle sore" as opposed to joint sore.

I stayed in for part of the second workout this morning to work on my butterfly. I will be celebrating a birthday this week and wanted to set some new goals for the upcoming year. I thought I'd take stock of my favorite stroke. I also wanted to get to 5,000 yards this morning. It makes up, a bit, for the swim I had to miss last Thurs.