Spring cleaning. Good for square footage. Good for the brain. 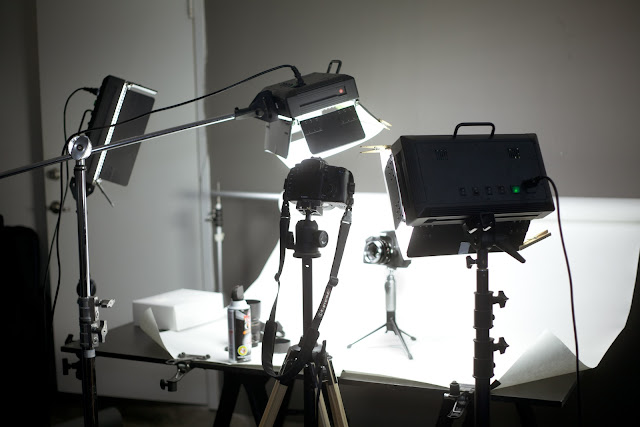 When I undertake a project, like the LED book, I tend to compulsively jump in with both feet.  I feel like ''total immersion" is the only way to really learn a subject.  But as I add new stuff to the mix I find that my limited storage space (literally and metaphorically) fills up quick.  So every once in a while I do a big ole studio purge.  I toss out a lot of stuff.  Things that have good market value go to Precision Camera where they sell them for me on consignment. Other things get pieced out to up and coming, or struggling existing, photographers around town.  Yesterday I took a box full of optical filters and flash brackets to Precision Camera.  Along with a host of batteries I'd collected for cameras I no longer own.

Today I'm feeling especially ruthless.  I'm dragging stuff out of closets and out of tool kits.  I'm determined to minimalist-ize my space and be like one of the those Zen Monks of photography.  But let me tell you, the attachment I feel to some of this (though misplaced) is strong.  Every time I jettison something is symbolic of the passing of one era or another.  And that nostalgia creates sticky webs that slow down the whole process.

Here's what I'm getting rid of today:  A Calumet four foot by six foot softbox (shallow design).   A Photoflex four foot by six foot softbox.  An Alien Bees Ringlight with cords and the "Moon Unit" softbox.  Lots of partially used rolls of different colored seamless paper backgrounds.  An orange shipping tube for lightstands and tripods (Indestructible plastic resin).  A set of pop up reflectors.  Some older light stands.  Maybe another set of Profoto strobes (although those have high stickiness.....)

I'm also throwing out any film from corporate jobs prior to 2001.  Hell, with the exception of my "art" negatives I may just throw it all away.

Only in this way can I make room for the next wave of stuff that's sure to come.  It's just relentless.  But that's what I get from living and participating in the world's greatest consumer culture.
Posted by Kirk, Photographer/Writer at 14:31 8 comments: