Winding down the year. Kirk's pick for his favorite lens(es) of the year. 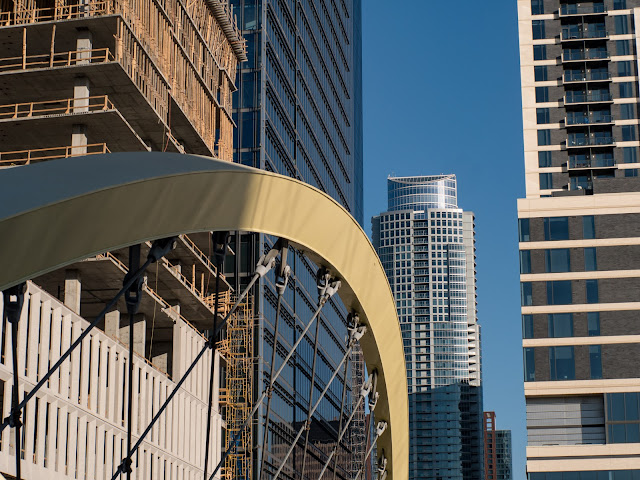 There are two lenses that have been stand out lenses for me this year. Since I am bringing these two lenses to your attention I should point out that my embrace of them, in this calendar year, does not mean they were both introduced this year. One is relatively new while the other has been around, and earning great praise, for several years now.

No reason to belabor this; the two lenses are the Olympus Pro series 12-100mm f4.0 and the Olympus Pro series 40-150mm f2.8. Both are big, heavy (for their format) zoom lenses and both share a number of attributes. The primary benefit of both is sheer image quality. It's visible (at least to me...) when compared to every day lenses in either the Panasonic or Olympus systems. Both of these gems are sharp, detailed and nuanced. They represent a high water mark, as far as image quality is concerned, for micro four thirds system zoom lenses.

Both lenses share a mechanical clutch system that supplies real manual focusing instead of the usual, fly-by-wire system. This means that one can pre-focus with assurance, rack focus in video with repeatable results and even shift from focus point to focus point by hand with repeatable results. That's a wonderful thing and a major reason that I also have the 45mm and 17mm counterparts stuck in my head (and in my shopping cart).

I have shot at least 10,000 images with each lens and I've found the results to be limited only by my own skill set. When I apply appropriate technique; taking time to focus with diligence and to put the camera and lens systems on tripods, I get results that I would not have imagined. This should not really come as a surprise to me as a careful reading of posts from long ago would indicate that Olympus has been making masterful lenses for smaller sensor cameras for a long time. Back in the era when Olympus made Four Thirds cameras (they had mirrors and a different lens mount than their current cameras) they made a Pro series of lenses that included stuff like a 150mm f2.0, a 35-100mm f2.0 and a 14-35mm f2.0 that were (and still are) all spectacular. Sadly, the sensors of the day were not up to showing off the sheer potential of those lenses. If anything, the current lenses are even better.

I'll start with the first Pro Olympus lens I bought this year. It was the 12-100mm f4.0. I bought it hoping to cover the range of useful optics for my work with one solution. I worried that such a wide ranging zoom might not be up to the task of making technically good images across its vast focal range but my worries were unfounded. I use this lens when doing hand held video with the Panasonic GH5, I use it when shooting product and people against white (because of its range AND it's resistance to obvious flare and veiling flare. I use it for event work combined with on camera flash; and I even use it for general street shooting. In most capacities I use it at its widest (f4.0) aperture because it's proven itself to be sharp even when used wide open and, at its widest f-stop it's the equivalent depth of field that one would get on a full frame 24-200mm lens at f8.0 for each angle of view. Perhaps not the best tool for dropping backgrounds quickly out of focus but certainly great for making sure everything that needs to be sharp in a frame stays within the system's depth of field.

When I shoot stuff that needs to be perfect (or as perfect as any photo can be) I stop down to f5.6 or 6.3 or 7.1 to achieve the absolute best of which the lens is capable. It's a dandy process and has delivered results in all kinds of conditions.

Speaking of conditions, both of the zooms I'm discussing are water/weather resistant. While I don't spend a lot of time shooting in the rain I do end up far from the car, shooting location stuff for clients, and sometimes get caught without a rain cover handy. I've been caught out in the rain with this lens (attached to a GH5) twice now and have found no ill effects from the exposure.

From lens cap to lens hood and all the way down to the other end of the lens barrel I can testify that this is a remarkably able and handy lens and isn't really big or heavy at all when compared to lenses made for larger formats.

The second lens is the Olympus 40-150mm f2.8 Pro. It's a lens about which I have nothing at all bad to say. It's sharp at every distance and every focal length at which I've employed it. But it goes beyond sharp into intricately detailed. When I put the lens on a tripod (with its integrated tripod mount) and take portraits using a large soft box and electronic flash, I get a level of detail that rivals that of any camera in and around its resolution (in the range of 18-24 megapixels). While neither lens is cheap both are well built and solid.

I've used the 40-150mm at its wider end (40-60mm) for a number of portraits and have used the longer end (100-150mm) for much documentation of live theater productions and in each situation I've have gotten better files than I expected. The lens is satisfyingly sharp wide open. Becomes close to perfect by f5.6 and rewards me with better files than I imagine my talent should supply.

If I could have only one lens to shoot with for all of my assignments it would be the 12-100mm for its wide range and high degree of performance. If I were unconstrained by commerce and wanted only one lens with which to do my own art it might be the 40-150mm. I say might because I also have a long love for the "normal" focal length; the 50mm for full frame or the 25mm for micro four thirds and I have not yet worked with the 25mm f1.2 Pro lens from Olympus.

Had I gone in a different direction I might have chosen to pair a different lens with the 40-150mm. I might have selected the 12-40mm Olympus Pro but it would be hard to give up the range and proven performance of the 12-100mm for the potential benefit of one additional stop of speed and the need to always carry two different lenses instead of being able to pack down to just one camera body and lens and still feel secure in knowing I have most working situations covered.

Everyone comes to this craft with different need parameters. Many times these parameters are based on one's shooting history. The need for flexibility is ingrained in commercial shooters of a certain level, hence zooms feel like the right answer.

If I were doing photography specifically for myself and no one else I'd love to take the bold move of packing just two lenses and making due with the 17mm f1.2 Pro and the 45mm f1.2 Pro lenses. Along with two identical bodies, those two would make a wonderful package for an artist.

I know myself really well though. I would quickly succumb to the siren's song of the 25mm f1.2 Pro as well. Something about that focal length just makes perfect visual sense... But if I was shooting just for me I might want to pair all these optics with the Olympus OMD EM1.2. Logic insists that they are "optimized" for their own flagship camera. That being said, the GH5 is the perfect compromise for someone like me; trying to straddle two different imaging industries....

Camera and lens selection is almost always a moving target. I am thankful I've found two lenses that alleviate so much of my indecision and mental turmoil...

By the way, neither of these two images are from either of the lenses mentioned here. They are both from another lens that's one of my favorites; the 42.5mm f1.7 Panasonic lens. Amazing for its size and price. I often, irrationally, think of picking up an extra one, just because.... 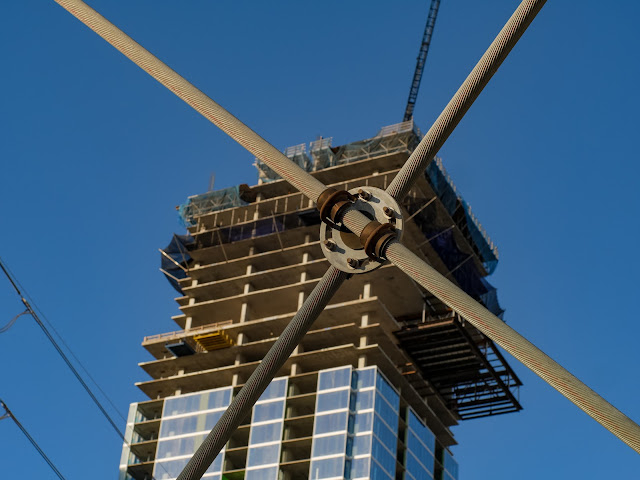 Posted by Kirk, Photographer/Writer at 22:13 12 comments: