Yes. It's Sunday. And there's a new (used) camera in the house. It's an ancient (but well preserved) Panasonic Lumix GX8. 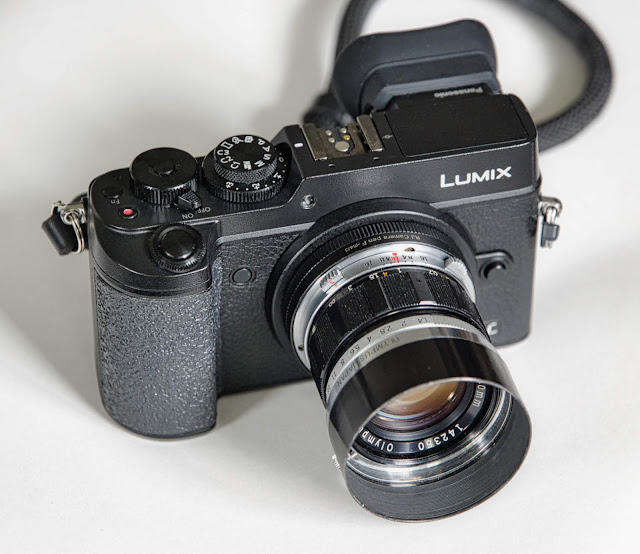 The pandemic is making me too cautious. Usually, when I've decided I want to buy a camera I just get in my vehicle and go buy it. But yesterday I found myself trying to explain to my spouse why I was going to go buy this little, used camera. She looked at my in a perplexed, almost bewildered way and said, "You can buy anything you want. You don't have to check with me." It was an odd moment because even in the worst of economic times I've never felt the need to check in. Especially on a purchase that was under $400.

You'll recall, if you've been a reader of the blog for the past few years, that I've owned a bunch of different Panasonic cameras including these: G3, GH2, GH3, GH4, GH5, G9, FZ1000, FZ2500, G85, GX85, S1 and S1R. Many I owned in duplicate sets. Over time the color from the cameras got better and better and, in the case of the G9 and the S1 series I find that I like the color better than just about any other digital camera I've tried. I got tons of great use out of the GH3 - GH5 cameras and made good money using them for video productions.

The S1 series cameras, especially with the V-Log upgrades, are the best video cameras I've ever shot with and the S1 Pro lenses are superb but they represent a pretty meaty package for those times when I want to walk around in the street and photograph random chaos and beauty. I'd always prefer the images from an S1 or S1R but when I don't have a photographic mission in mind, and where walking is the priority, I find an m4:3 camera much more comfortable. That's why I bought a little GX85 kit before the first of this year.

But much as I like the size and speed of the GX85 I've gotten use to better controls and better feature sets of my other cameras and I was looking for a bit of a step up. Something with a better EVF and a newer sensor. I considered getting another G9 to replace the ones I sold but I don't want to hop back into two systems and the G9 can be powerfully addictive. I noticed that my friend, Frank, has been using a GX8 for the last two years and he seems quite happy with his. He also takes great photos and knows his way around cameras. We talked about it for a while over coffee (B.C. = before COVID) and I logged my new knowledge away for future use. When Precision Camera offered three different GX8s for sale, used, on their website I thought a bit more about getting one.

The GX8 ticks a lot of boxes as a flexible daily user camera. It's got the 20 megapixel sensor, dual I.S.
(sensor and lens), good 4K video, a surprisingly nice and detailed LED EVF and it's splash and dust resistant. I like the way the dials are set up and I'm very used to the Panasonic menus. I can use this camera with older, manual, Olympus Pen FT half frame lenses and, icing on the cake, the batteries are interchangeable with the batteries for the Sigma fp. Pretty cool.

I charged up the battery and stuck a Hoodman Steel 64 GB USH-II SD card in the camera and formatted it, and then added an ancient lens that I haven't used in years to the package. The lens is the 20mm f3.5 for the old half frame Pen film cameras. I'd never been too impressed with it but I thought I'd give it one more chance...and it would present a worst case user scenario to challenge the new camera.

I headed back out to a different part of the trail yesterday which would deliver me to the far side of downtown. I'd walk back from there and do my first documentation of a high tech, busy town now shut almost completely down.

It was raining all day long so I took a plastic bag along with me to cover the camera between shots. The rest of the time I didn't worry about the camera I just tried my best to keep rain drops off the front element of the lens. All the images I shot yesterday (See my April 4th 2020 blog post) were shot with this combo.

The camera was light enough for me to forgo the usual strap and to just carry it around in my right hand for a couple of hours. The punch in for magnified manual focusing was quick and easy to use and I'm happy with the results. I shot at ISOs ranging from 320 to 1250 and found the files to have nice color and to be nearly noise free (I'm relatively insensitive to a bit of noise in files). I was using the electronic shutter with all sounds muted and I can't imagine a more discrete shooting package. It was absolutely lovely.

From an ergonomic point of view much of my initial thoughts about the GX8 handling are influenced by my time with the much bigger and heavier S1. I think the grip on the GX8 could be a bit deeper and I think the four way selector dial on the back is too responsive. I'd like a bit more resistance from it. I love the instant waist level EVF and I like the dial that surrounds the shutter release.

One thing that bothers me on an existential level is that there are 14 different actual and virtual function buttons, most of which can be reprogrammed to do dozens of different things. I can't think that anyone can memorize everything that they've set; especially when shooting quickly, under pressure. If I like the camera enough I guess I'll take a six week course in why and how to reprogram everything and then, once I get all the settings where I like them, I'll have a chart of all the permutations tattoo'd on my calf so I can roll up my pant leg and refresh my memory while out shooting. Thank God it doesn't "feature" GPS.

The camera is well suited for walking around and I might even put that 45-150mm lens on the front and tryout the AF. Maybe it's great.

After running the trail with a Sigma fp and a big, full frame 24-105mm lens under my jacket in a rain storm I think I'll make it a rule of thumb to reach for either the GX85 or the GX8 next time I put on the running shoes and sally forth into the elements. Much less stress on the human system over a certain distance.

Am I crazy for buying a cheap, used camera during such a frightening financial crisis? Naw. Look at it this way, the store is trying to stay afloat in a horrible time for non-essential retailers. Buying another camera or lens now and then disrupts my inclination to focus on disaster too much, gives me a sense of control over....something, and supports the store and the folks who work there. I'd love for them to survive so I can buy cameras at will A.C. (After COVID-19). If we come out of this okay then I'll worry about my future spending because it's going to be outrageous.

Final early thoughts about the GX8. It's a beautiful little camera with lots of potential. I have it set to monochrome today. Let's see if I can unlock some of its potential. Even if it's just around the house. 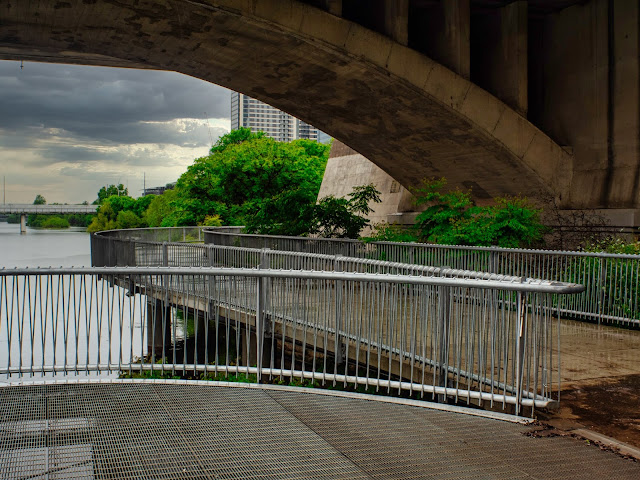 
Just cleaned out our shed so I could move it. The house painters are coming this week to do the exterior and needed access to that wall. Laundering my face covers for the upcoming week as I type this. We walked through the neighborhood today (big, wide streets, every house, person and dog well distanced from each other) but we've been hanging around at home the rest of the day. No big plans other than staying positive and happy. Ours is a big house, bought for a time when it was filled with Ben and his friends. At least Belinda and I aren't crowding each other. We both have separate offices. There's an ample living room and even a separate reading room. If I'm too noisy or antsy Belinda can always send me out here to my studio for a while... is that "adult time out?"

Can't think of a better place to be for the next month. Wish I had a twenty five yard lap pool though...
Posted by Kirk, Photographer/Writer at 14:41 10 comments: