Taking a break from the camera excitement to focus on making food. My favorite chef made a house call. 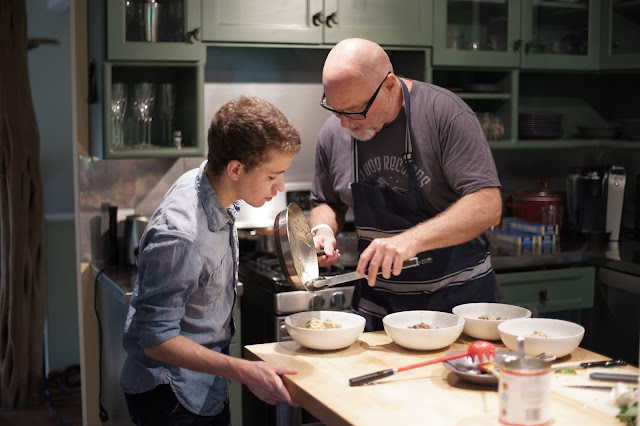 Ben gets a lesson from Emmett Fox. How to make three different sauces for pasta.

My son, Ben, has been off at college for the last two years living in the dorms. In the Fall he'll get to move into an on campus apartment with three of his friends. He's thinking he'd like to try his hand at making his own meals instead of depending entirely (--- safety net implied) on the fare at the dining hall. He can cook basic stuff and he worked in the dining hall in his freshman year but our friend, Emmett Fox, thought it would be good for the boy to learn a repertoire of good, solid dishes.

Emmett (who is the head chef and co-owner of two of Austin's favorite fine dining establishments: Asti Trattoria and Cantine Italian Cafe and Bar) made a plan to come over to our house today and give Ben a lesson in making pasta and sauces. Emmett sent me over a shopping list several days ago and then, yesterday, he sent a "prep list" over to Ben. While Emmett and I hit swim practice at the Rollingwood Pool this morning, and coffee afterwards with our swim buddies, Ben was dicing pancetta, sectioning tomatoes, slicing garlic, grating Parmesan cheese, dicing celery and carrots and onions.

Emmett patiently showed Ben how to make three different sauces (carbonara, Amatriciana, and Neapolitano). Emmett also guided Ben in making the sauces by himself. I hung out in the kitchen with a Sony A7ii and a 50mm lens and just snapped away at the process.

After the first volley, the Neapolitano, came out and was beautifully plated, Ben, Belinda, Emmett and I sat down and savored it, along with fresh Italian bread accompanied with olive oil from the Saratoga Olive Oil Company. They ship.

With the Amatriciana simmering on a back burner, Ben and Emmett made a classic carbonara with pancetta, fresh eggs, black pepper, oil and parmesan cheese. They served it up in big, white pasta bowls and if there is any left over in the fridge I have first dibs.

At the end of the (very happy) meal Emmett presented Ben with a very professional looking apron.

It was great of Emmett to share his time and expertise (and great taste) with Ben. In fact, Ben has been going to Emmett's restaurants since he was four years old. He's a long time Austin regular at Asti and his early experiences with great food at Asti constantly influence his adventures with food. Emmett was feeding him escargot, cocoa sorbetto and bread sticks before Ben could read.

If you are in Austin and you want good food I highly recommend you try both of his restaurants. I've even produced videos for both of them. Here and Here.

It was a great way for my family to spend the middle of our Saturday. More like this.... 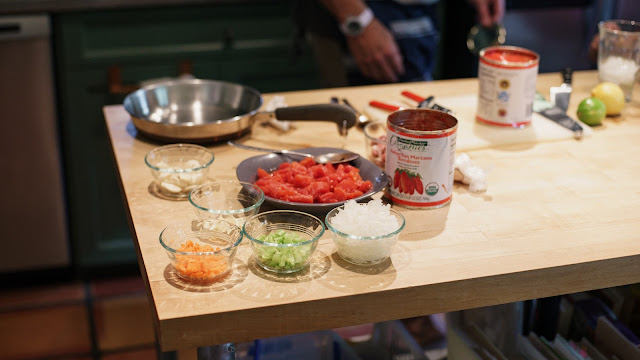 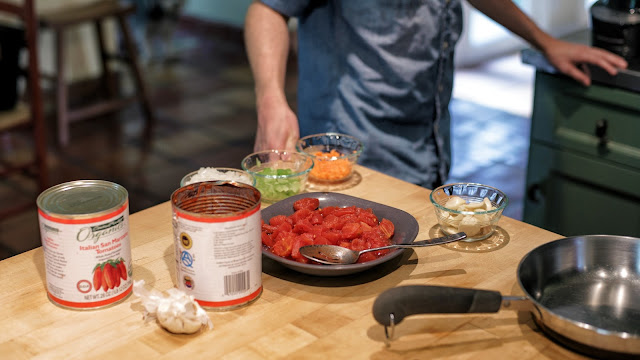 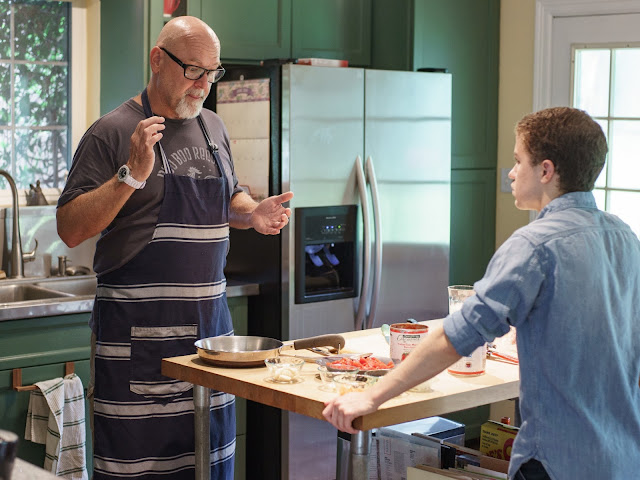 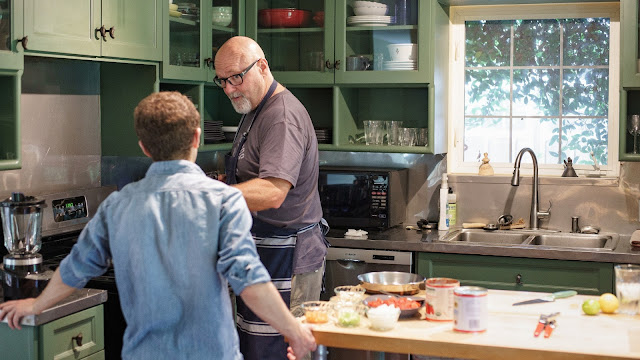 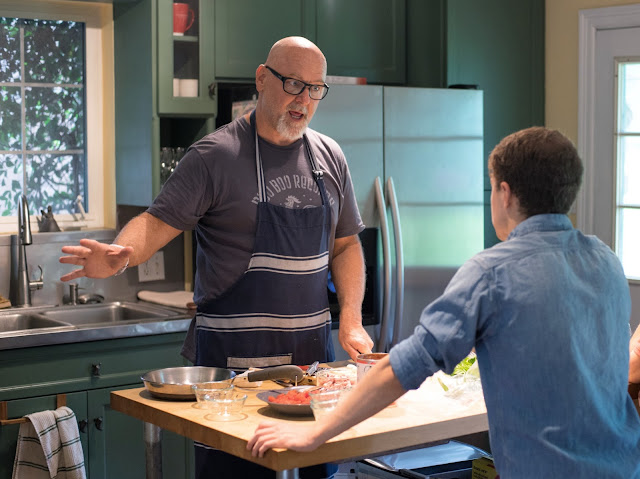 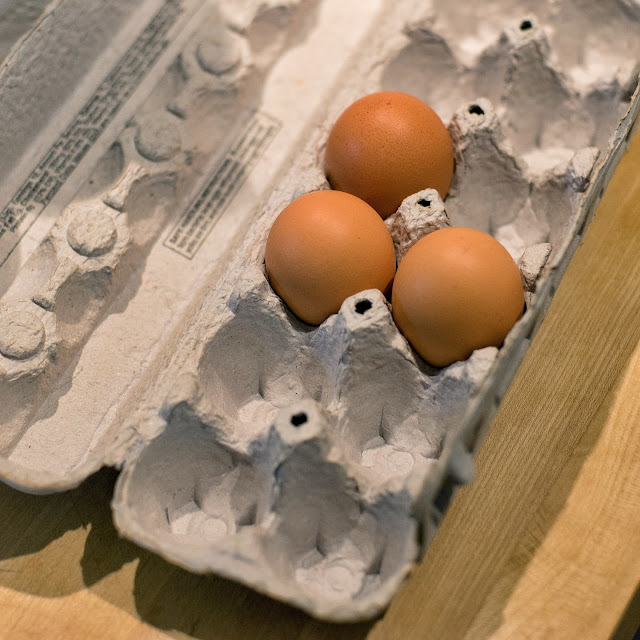 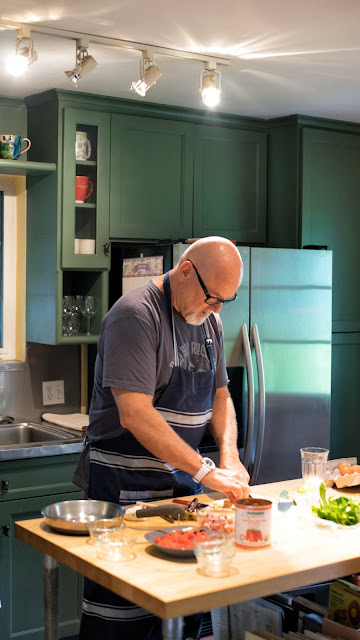 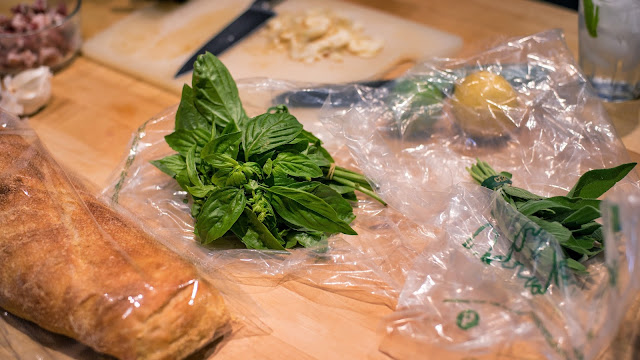 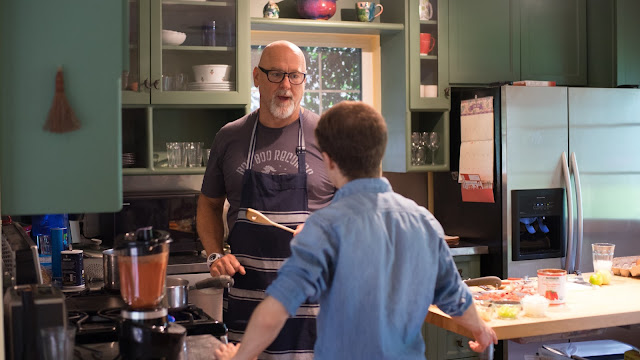 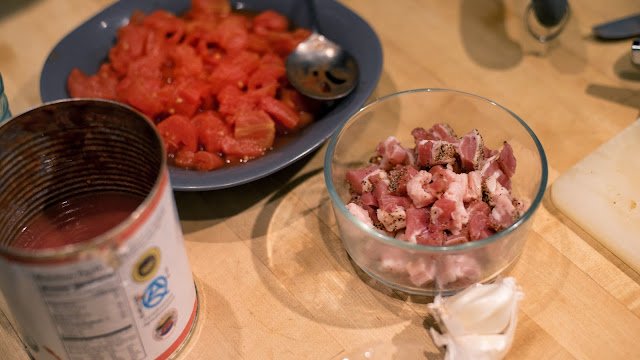 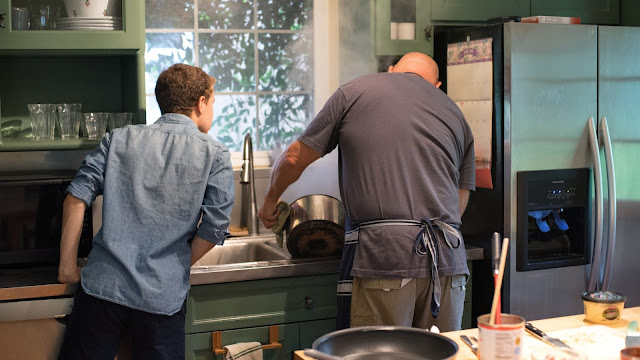 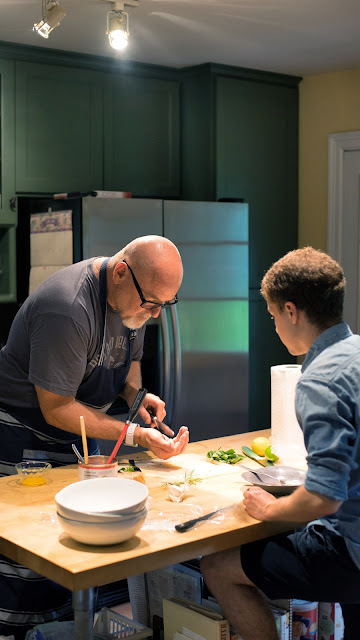 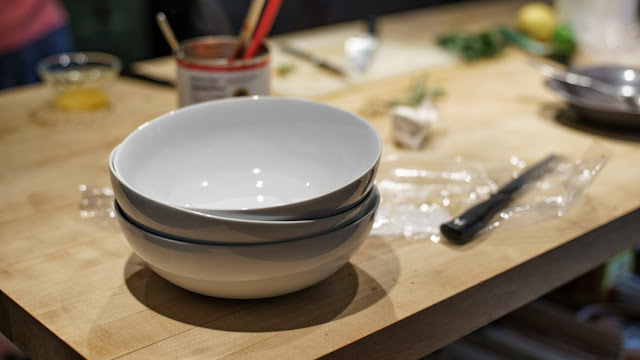 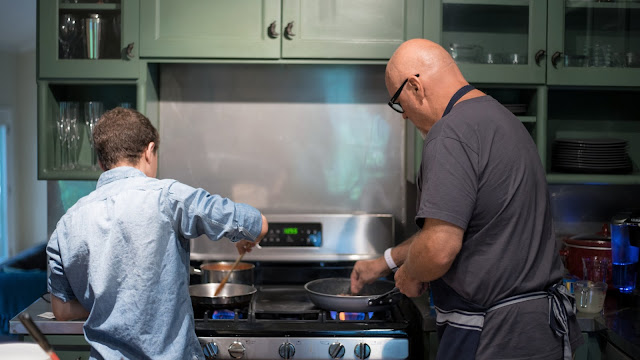 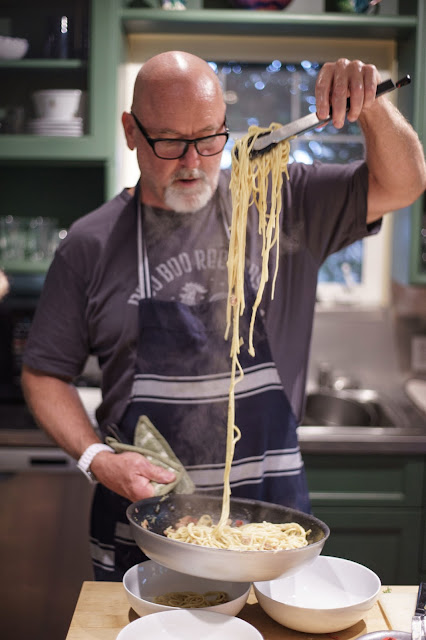 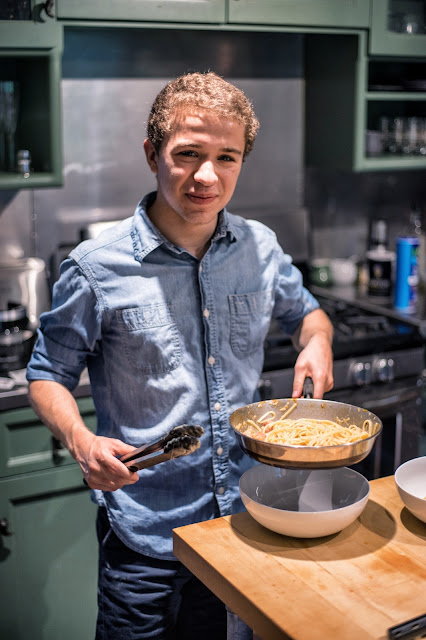 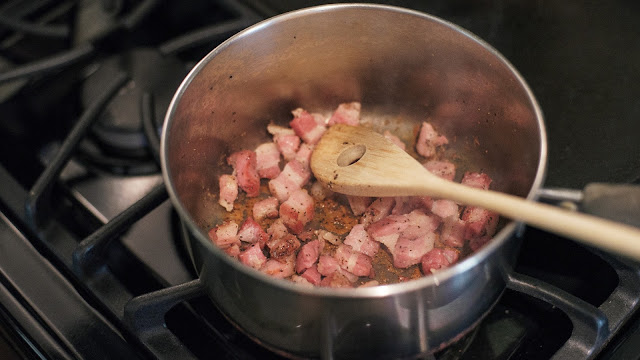 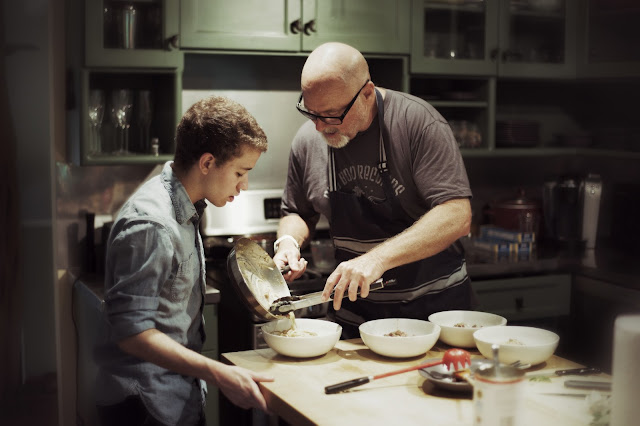 Posted by Kirk, Photographer/Writer at 15:00 16 comments: