The store windows are better at night. Bring that camera that does great high ISO along with you.... 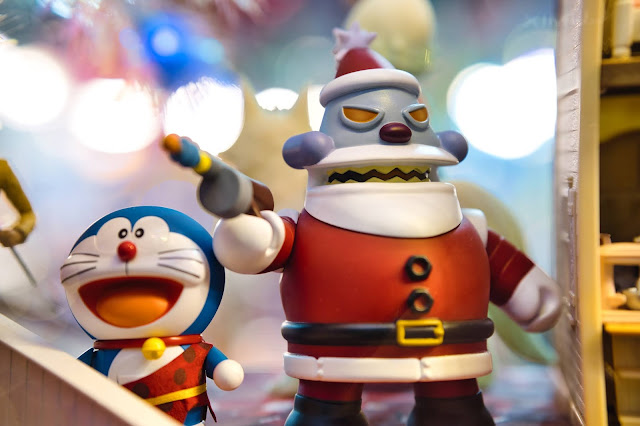 I left the house as the sun was setting and drove back into downtown. I was tired of chillin' out in the suburbs, looking at the decorations someone paid to have someone else put up on the trees and the facades of their comfortable homes. I wanted to see people walking around, looking in shop windows; couples holding hands, that sort of thing.
It's interesting to walk down the sidewalks right now. Usually it's dark and boring after the natural lights go down but at this time of the year all the trees on Second St. are wrapped with white lights and the few shops that are still weathering the downturn have put some fun stuff in their windows. It's mostly welcoming and lively.
It was cool and the weather was calm yesterday. I guess if we had a history or culture of sweater wearing here in central Texas then we could authentically call this "sweater weather." But people were still in shorts and light jackets, still trudging around in sandals or flip-flops, and still drinking their coffees mostly iced.
I like the domestic scheduling these days. At my house we've kind of honed in on a 7:30 dinner time. The sun sets a bit before 6:00 pm. That gives me an hour an a half to walk around in the twilight and afterglow. I find myself just breathing in how the city smells and feels, and what the changing light does to familiar pathways. In some ways it's like a scenery change in a slow moving play. A play with very little dialogue. 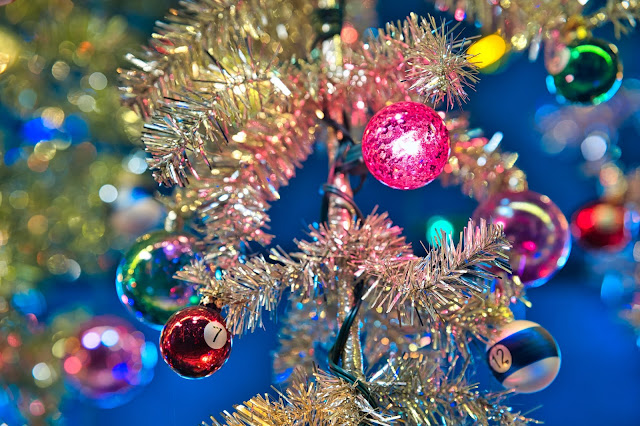 When I find stuff like this to photograph I can't understand why there are so few people in the downtown area walking around with their cameras. I mean, after all, we are the 13th largest city by population in the USA now. Where are the photographers all hiding?
I brought along my best high ISO camera; the Lumix S1. The camera and the 85mm f1.4 together are pretty effective for shooting large and small stuff in low light. Sometimes I shoot stuff just to see what it will look like when the background goes goushing (I made up a word) out of focus while I'm working close and wide open. I like it. It's nice. 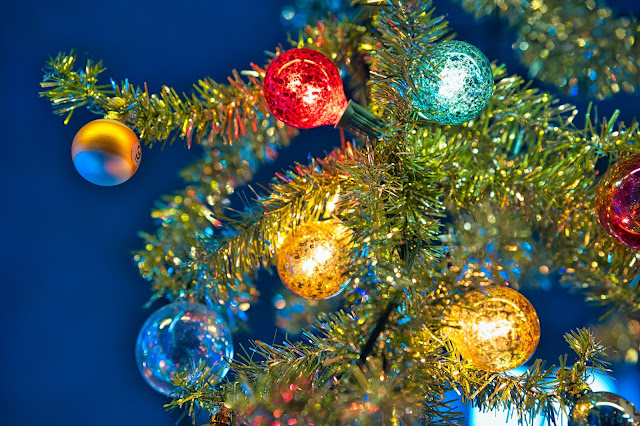 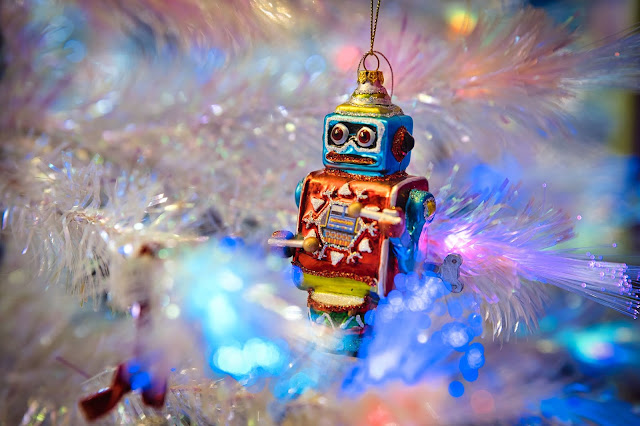 And I love the way the little robot turned out this time, now that the main lights for the scene are the ones adjacent on the tree. A tree that has its own fiber optics sprigs...

Last night Belinda made veggie wraps. Fresh tortillas tinged brown by some quality time on the griddle wrapped around fresh roasted vegetables and slathered with goat cheese. A nice, green salad with just the barest hint of vinaigrette and a bottle of Bordeaux to make the goat cheese sing. Not quite traditional holiday fare but tasty nonetheless.

I hope the weather is treating you well and you have many opportunities to get those cameras out and stretch those legs. Those lenses are not going to walk themselves.

Finally, this season, like every other season, is coffee season. We're in the thick of it. Bouncing between mail order packages of "breakfast blend" from Intelligentsia Coffee, Organic Columbian Supremo from (local) Trianon Coffee and cans of Illy medium roast. The kitchen usually smells like my construct of heaven.

Posted by Kirk, Photographer/Writer at 17:44 3 comments:

Interesting things I sometimes see when I'm out strolling at night. On Congress Avenue. 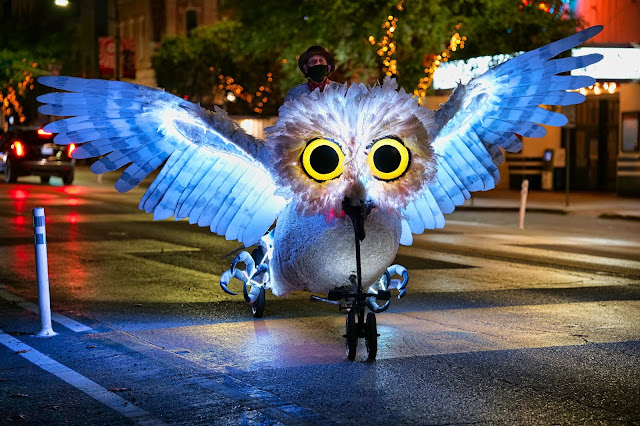 Even in Austin where we all have bumper stickers that read: "Keep Austin Weird" it's strange to see a giant, illuminated owl whose eyes change color, rolling towards you while flapping its wings. I had a Lumix S1 with me and that nearly new 85mm f1.4 Sigma Art lens so I thought I'd snap away. There were some other mechanical constructs rolling around downtown last night, including a sleigh pulled by six human reindeers but I never could get the shot I wanted of them. 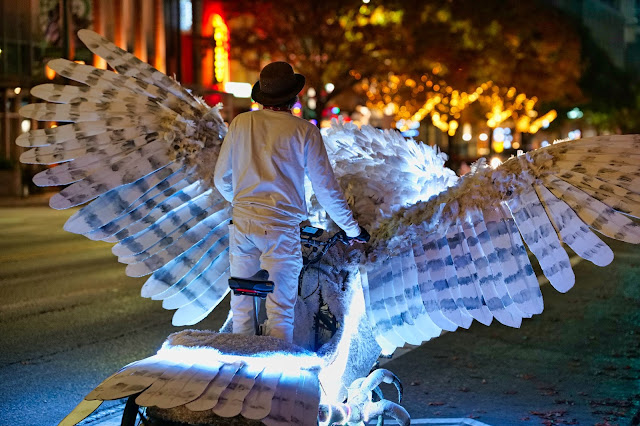 Just some inventive folks out spreading joy for the holiday season. God knows we need it.