Searching for meaning in the current state of photography. 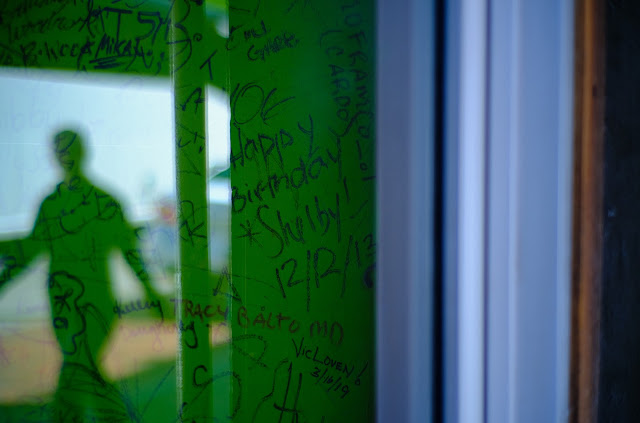 Lotta hand-wringing going on about the state of photography today. Most of it pessimistic and some of it downright apocalyptic. We seem to have gotten to the point where people who have been doing photography for a long time have the perception that everything that gives "real" meaning to the craft is in the process of imploding. The sale of "serious" cameras is in decline, there are no new superstar photographers rising from the modern ranks to take up the mantle being discarded by our dying super heroes of the 20th century. There's even a ripping of cloth and a wringing of hands  over the lack of curators placed to guide us to whatever meaningful crumbs are still left.

Most of us writers have in our heads our lists of all time great photographers and we carry it around with us like holy scripture; sadly, there is little impetus to make many changes in our structural hierarchy of master photographers even though ones most of us carry around did their best work forty or fifty years ago. In our collective haste to grasp onto seemingly connected life buoys; remnants of the curated past, we tend to reflexively make bad decisions. How else to explain the popularity of MFA-Style hacks like Alex Soth? No one who has really taken time to look long and hard at his work would really consider him as a replacement for any of the Thaddeus John Szarkowski Corps of New Documentarians or Window people, or even Mirror people.

What we have here is a failure to understand the tectonic shift that happened to photography as a result of going from collected physical object to program flow. Our engagement with photographs, like that of everyone else in our culture, has gone from a contract that revolved around holding a physical object in our hands and looking at it and its corresponding pieces in a one-at-a-time embrace. We also like sorting stuff, categorizing it and putting it in neat stacks. A physical print made our brain happy in a certain way. If we liked something that other, cooler people liked then we were on the threshold of being part of a cult of appreciation. If we wanted to step over the threshold we could buy and "own" the actual physical manifestation of the artist's intention. Which seemingly conferred a certain part of its power to us as the new stakeholder.

While people use new tools to shoot much of the same stuff the two shifts that changed everything in the embrace of modern photography were that there is no implied cost to additionally own the camera that already comes in our phones, making, for the first time in history, the creation of the visual/intellectual content FREE. Also, for the first time in the history of history everyone could share, disseminate, spam, curate, disgorge and present their work to, potentially, the entire connected world, also at no discernible financial cost. It's the ultimate expression of the market economy. And, at the same time, pure art socialism.

In the old days, with much less handholding and information sharing, one would learn the intricacies of film photography and then the magic of the darkroom. Proficiency took much longer and was painfully expensive for most. Proficiency took longer because the feedback loop that is part of any education was also much longer. Days instead of seconds. If people can learn to take technically good images with phones, and we reduce the time of their learning curve massively, is it any wonder that the world is inundated with new photographs? Many of them very, very good.

The problem for people with both an ego investment and a financial investment in traditional photography is that the new progression of the craft seems unfair. The old guard still wants barriers to entry. Knowing that digital cameras have become almost universally available they've shifted the barriers from economic ones to more ephemeral requirements for entry into "real" photography.

The biggest stumbler is the idea that no photograph has value unless it is printed. Once it enters the printing milieu the value of the image rests on many physical attributes. There are extra points awarded for larger prints. Even more extra points if the image is printed on costly paper stocks. Super points for images printed as black and white prints. And maximum points when one goes all Sebastiåo Salgado and has physical internegatives made from their digital images in order to print the digital images onto traditional double weight, black and white, archival paper, in a traditional darkroom. This fascination with ordination by printing is the first step in creating an orthodoxy for appreciating "real" photography. If your fingernails don't turn black and if your shirts are all stained with brown fixer splashes then you haven't graduated to "real photography" yet, or so goes the thinking.

Next is the idea that someone important and certified needs to vet the work, and the artist, before they can be let into the private club which confers authenticity to the artist and the work. In the recent past being included with a spread of images in an arts oriented photography magazine was one way of attaining bonafide celebrity. If you got your portfolio into Lens Work Magazine you were one step closer to one of the ultimate prizes; either inclusion into a museum show or acceptance by a name gallery. Hopefully a gallery where Penn or Avedon images once hung, or a museum attached to a real, world class collection of past photography masters. If you were lucky enough to get into the Modern  with anything at all you could conceivably be the next Stephen Shore. The third most banal, widely collected photographer in the western world. Brought to you by......Thaddeus John Szarkowski and his celebrity photographer making machine at the Modern.

So, now photography is more or less universally enjoyed on screens, from artists located all over the world, and damn few of them have ever had their rings kissed by the photographic kingmakers from....anywhere. I see more beautiful portrait work in five minutes on my Instagram feed than I have seen in an adult lifetime of visiting galleries and museums. Amazing stuff. All ephemeral in a sense because it doesn't exist over time, in a physical state.

And this drives the old guard absolutely crazy. "Who let these interlopers into our once gated communities? Where are the curators? Where is that artist's vitae of shows? Which gallery represents them? Left to our own devices how will we know whether they are good or not? Did they study with Minor White? Did they matriculate through the Yale program? Did they study with Callaghan? Have they ever been to gallery week in Sante Fe? Have their portfolios been reviewed in Palm Springs?"

The answers are pretty much no. The new artists don't give a crap about being knighted by the queens of the old guard. They just want to make work and share it with their friends and the rest of the world. It's more like making television programming than building monuments. But you know what? I think they're having a blast. The kids are alright. A lot of the work is good. And to some extent the world is better off not needing "super heroes" in every category.

Super heroes are like magnets. Their work attracts a following which attracts an army of imitators. If every generation has a pantheon of about 100 photographic super heroes then the concept gets locked in and becomes a specific generation's idea of what constitutes photography's meaning and relevancy. When I look at current photography there are very few players who stand out for any reason other than being selected by an old guard hellbent on making the new generation a resonation of their choices. What I love about the new generation of artists is that they don't really give a shit what the old guard thinks and they are playing by their own rules.

The word "curation" gets bandied about a lot these days. It just means you get a list of things that someone else likes along with the presumption that this "someone else" is smarter and has better taste than you do. There are millions of self-appointed curators and each one comes with an agenda of some sort. Much the same way that a small group of curators made abstract expressionist painting the darling (for a while) of the 20th century art collectors. Get the Tom Wolfe book, The Painted Word, to really understand the cultural clusterfuck a concentration of curatorial power is to the health and diversity of art....

So, what I'm really saying is that the rest of the world is moving to a time and cultural ethos in which physicality is no longer a gate-keeper to making good, connectable art/photography. What museum curators liked and encouraged when access to art was location limited, the access to the work was scarce, and the work itself was expensive to create, no longer has much, if any, connection to the value of art in the current age. It might for collectors but not for most creators, appreciators and users of the work.

In a nutshell we now do work as hobbyists because we love the process, we love the ability to share our work instantly and nearly universally and we love playing with the cameras. For full time professional artists nothing really has changed at all except the need to learn how to market in a whole new marketing environment. Silly collectors will still pay large sums for work that their clique vets (more if you'd do them the courtesy of being dead first) but most people will embrace art in a different and more fluid manner. If you know someone in their 20's who is interested in photography you'll know that they have a collection of their favorite artists' work on their phone and they share this work with their friends, phone-to-phone. It doesn't mean that they appreciate the work less but they have a new freedom to unleash the work from its physicality and to share it in a manner that has just never existed before.

More work gets shared more often. We may never figure out how to monetize the new work as we did with the old work in the time of signed and numbered, limited edition physical items but most people will appreciate it and incorporate it into their lives in an entirely new fashion. More about flow that about ownership.

And, maybe the whole concept from the age of print collection; partial ownership of an image by possessing a print, is also a dying concept. It's interesting to think about as we consider throwing away our own power to have opinions and favorites of our own and surrendering all that discretion to the same kinds of curators who gave us........Alec Soth. Thomas Struth....or Andreas Gursky. Do we really like any of their work? Do we? Really? No, be honest! Really? Can you explain it to me? I mean can you explain the work in the absence of a "curator approved" manifesto? I dare you. 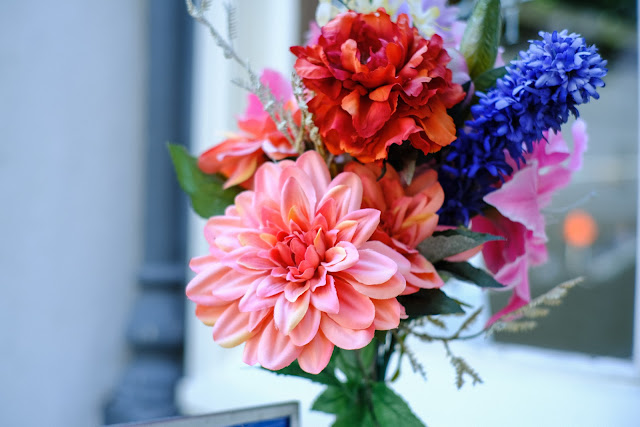 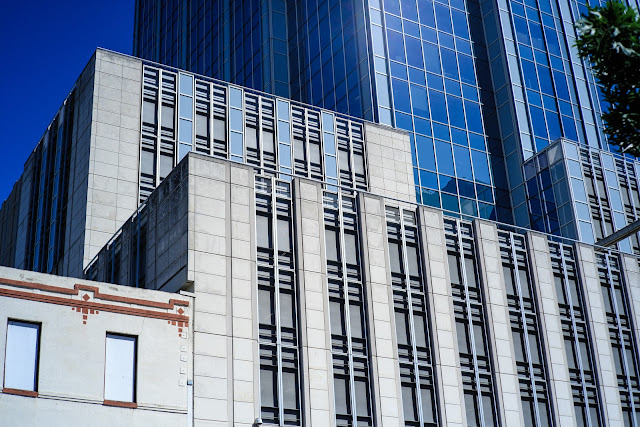 Making sharp photos with a cheap lens on a small camera. 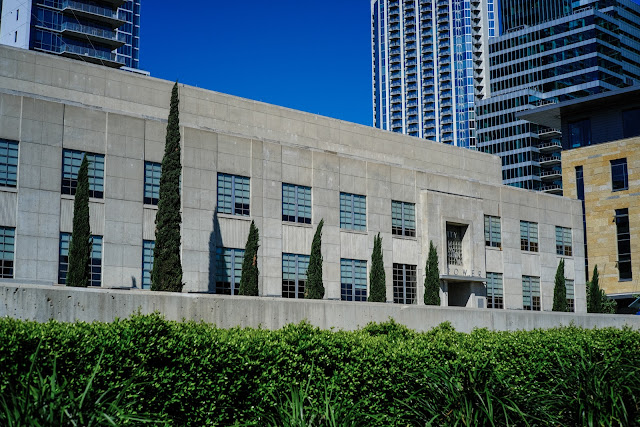 If I print this 8 feet by 10 feet can I say I "Gursky-ed" it?
Will it look more interesting? Doubtful. 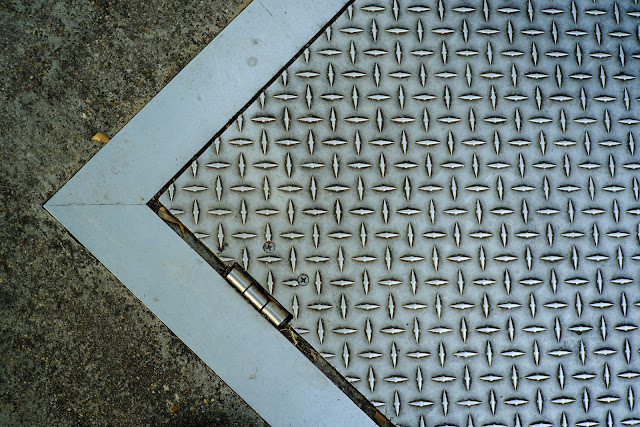 In the one I was exploring the idea of the flatness of the canvas..... 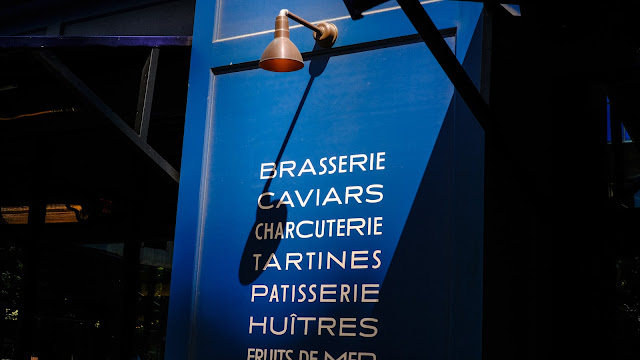 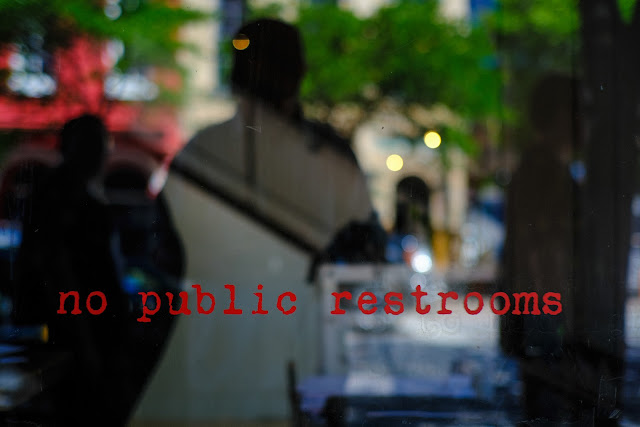 A Critical Road Block to the effective practice of street photography which
few people discuss with their favorite curators....