The color is always brighter on the other side of the fence. 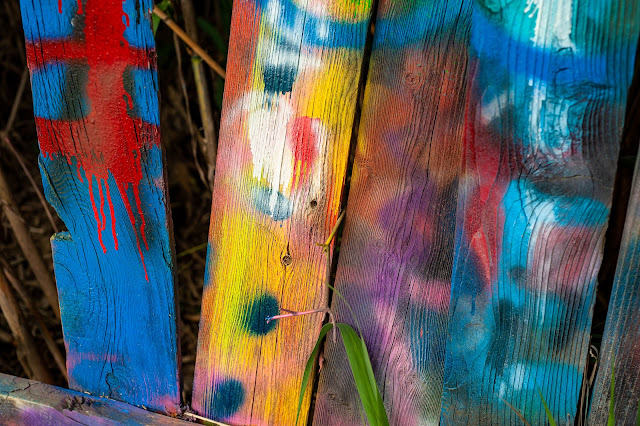 I've watched with great interest as the internet gushes with praise for the Sony A7iii. The new high priests of video camera reviews on DPReview (Chris and Jordan previously of thecamerastoreTV on YouTube) created a delicious program about the new camera and "suggested" that this would be the camera that people who previously shopped for Nikons and Canons should be shopping for now...

I must say that I've been amazed at the speed at which Sony went from having two really crappy original A7's (the A7 and A7R) with jackhammer like shutter noise and pesky handling to becoming the pre-emminent selection of the world's biggest and loudest camera website.

It seems like digital cameras have always had a back and forth consumer movement, mostly driven by marketing, but sometimes by features, or the lack of them. Nikon's D1x was a very popular entry and probably the first pro camera that felt really usable in the way film cameras had been but Canon jumped ahead by offering a full frame pro camera (Canon 1DS) that moved a large number of photographers to switch systems. Soon, the white lenses were everywhere.

The introduction of the D2X, with it's APS-C sensor, was a decent parry to the Canon 1DS but Canon soon leapt ahead with a newer 16 megapixel, full frame 1DSmk2 and it seemed that Nikon's days as a camera makers for real pros were winding down. Many more people jumped ship until Nikon took the wraps off the original full frame, low light monster; the D3. Its four million fewer pixels (than the Canon 1DSmk2) were offset by the camera's ability to shoot in amazingly dark circumstances and still deliver really good results. The models continue to arrive with various new features and performance metrics but with enough differentiation to make an "apples to apples" comparison hard.

It's been a back and forth battle that continues to this day. I've shot with both systems and both are remarkably good if you just want to make photographs. If you are a professional camera tester I guess there is enough difference between the current offerings from the two brands to keep one typing daily.....

While I think the Nikon D850 is pretty cool, and armed to the teeth with features and performance, I also think that a basic Canon 5DmkIV hits a very good sweet spot for most photographers and brings it's own unique look and feel to the game. Along with excellent but more manageable files sizes.

To my mind, the only two things Sony got perfectly right, and the reason they seem to be gaining on Canon and Nikon, is that they opted to build their full frame system around the magic of the EVF and the low noise, high dynamic range of their own Sony sensors. The cameras themselves are fairly clunky to use and don't have the polished feel of their competitors. C&N products feel like the well finished iterations that are the result of decades of design trial and error while my Sony's felt more like prototypes. Good prototypes but unfinished products all the same.

Sony is a couple of body design iterations away from achieving what experienced photographers need/want from their production cameras. They had some great design advantages in the Minolta camera designs that came along with the purchase of that company but abandoned them for their A series mirrorless line designs; and I think it was a wrong turn.

People choose cameras for different reasons. I keep juggling my own calculus of what constitutes the perfect camera, and the leapfrogging of performance parameters has not been helpful in that regard. As far as the way the cameras feel in my hands I'd have to say that the Canon 5D2 was the most comfortable for me in the last ten years. The Nikon D800 is close but not quite as well done. My A7Rii needed to have the battery grip attached to make it a comfortable camera to use over time.

In the early days of the century things were changing so quickly that the switching back and forth between systems was amazing and almost non-stop. A doubling of resolution in another maker's new model seemed to be the clarion call to jump from your current system. When we all subconsciously decided that all cameras north of 30 megapixels were equally sufficient to most photographic tasks (where resolution is concerned) the inflection points for system change became more nuanced, the amplitude and frequency of the swings from system to system became less dramatic. It was harder to get people all excited about dynamic range but the camera makers have been working at it.

I'd like to say that I've given up chasing the changes but I'm nearly certain I'll change the tool kit a few times more before I switch careers and start working as a greeter at Walmart. Until then I'll try to ratchet up my skepticism and not lunge at every dangled specification change.

The colors always seem better on the camera systems you don't own. You chase them and discover that there's some other feature on the new system you just bought that lags behind the system you just sold. It goes that way all the time.

I bought the D800s recently because, in still photography, they seem like the financial analogy of buying certificates of deposit. The cameras are already depreciated, they'll hold some of their value for another cycle and they'll do what you need for the term. When they fully mature you can sell them and move on. I want to step off the System Exchange Cycle and catch my breath. I want to see what the next big thing is in the photo market (if there even is a next big thing) and then, when I have a higher degree of certainty, maybe I'll be ready to jump back in....

In the meantime we keep pumping out video after video with the GH5 cameras. I'm not system shopping them because so far no one can beat the quality and operational smoothness at anywhere near their price. They are swing-proof for the moment.
Posted by Kirk, Photographer/Writer at 16:06 15 comments: