I don't show as many portraits of men. I'll try harder. This is from the very early years. Back when I was in my "Richard Avedon-white background" phase. 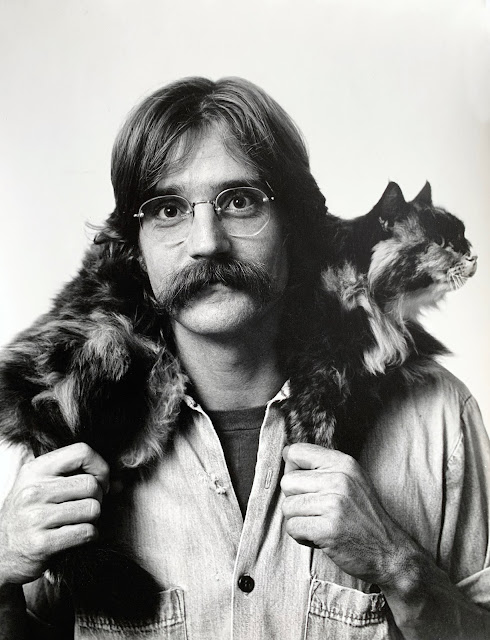 Back in 1978, when I was just getting started in photography, I lived and did portraits in an ancient building on East Seventh St. in Austin, Texas that used to be "The California Hotel." It was a flop house back in the 1960s and was shut down sometime near the end of that decade after there was a double homicide on the second floor. Peter, who was a museum curator, and Lou, who was an impresario/entrepreneur/eccentric, found the shuttered building and got a long lease. With a lot of work they made it into a downtown live/work commune for artists and musicians.

Some tenants had real jobs. My neighbor across the hall was an art director for Texas Monthly Magazine. Peter was a curator at a wonderful art museum. Mr. Sexton was a musician. Those people rented their spaces as studio; they had houses or apartments to go home to.  I made photographs during the day and worked at a short order/fry cook in the late night hours and on weekends. The hotel was my base camp.

My space had amazingly high ceilings but it was just one big room. The two things it lacked were a telephone and air conditioning or heating. But man, it was cheap. We had a shared phone down the hall.  We had a commercial kitchen downstairs, and also a huge gallery space. I had my first show of sixty 16x20 inch black and white prints there. All portraits. That show effectively launched my journey as a picture maker/taker.

We were all mostly artists/hippies back then. I rode a moped to work. It had a sturdy milk crate bungee'd to the back rack and I used to haul my camera gear around on it. We all wore sandals. We bathed in an outdoor shower in the courtyard. It felt like we were living in a movie and it was one of those fun, "Coming of Age" light-hearted comedies; for the most part.

Any way, back then I would ask anyone I thought was at least somewhat interesting to come by and have their portrait made. They'd let me shoot exactly the way I wanted to and in exchange I'd make them a nice, fiber based print.

While trying to get my fledgling career off the ground I was working as a cook, in odd shifts, at a mid-city diner called, Kerbey Lane Café. If you guessed that the owners named it that because it was on Kerbey Lane you'd be right. It was one of Austin's first all night, comfort food + beer and wine, restaurants in what was then a sleepy, little college town. Gingerbread pancakes or migas anyone?

The guy with the cat, above, was Craig. He was one of the owners of Kerbey Lane Café and a really great guy. He'd hop into the kitchen and help us cook during rushes. He taught me how to flip over easy eggs in a pan without the use of a spatula. I asked him to come by the studio for a portrait and he brought his cat.

I was pretty much broke at the time but I'd managed to buy my first "real" camera. It was an ancient, highly used, Mamiya C220; a twin lens camera with interchangeable lenses. I had two lenses for the camera. One was a 135mm which I used all the time for portraits. The other was the stock 80mm which I used for group shots. My "arsenal" of lights back then consisted of a Vivitar 283 which was a powerful but barebones shoe mount, electronic flash. If I could afford double "A" batteries then we had light. When the batteries died the shoot was over. No lithiums or NiMh rechargeable batteries back then. We did have NiCads but they were so much crap.

What I did have access to though was the Ark Cooperative Darkroom. That's where I made most of my prints. I got pretty good at souping film in D76 as well. I always hated the drudgery of making contact sheets.

It was very much a hand-to-mouth existence back then but I wouldn't have traded it for the world. And we thought it was grand. Yuppies had not been invented yet and eccentricities were seen as a major plus. How else would I have gotten my start?

I guess it was an Austin thing...

Posted by Kirk, Photographer/Writer at 17:38 12 comments: 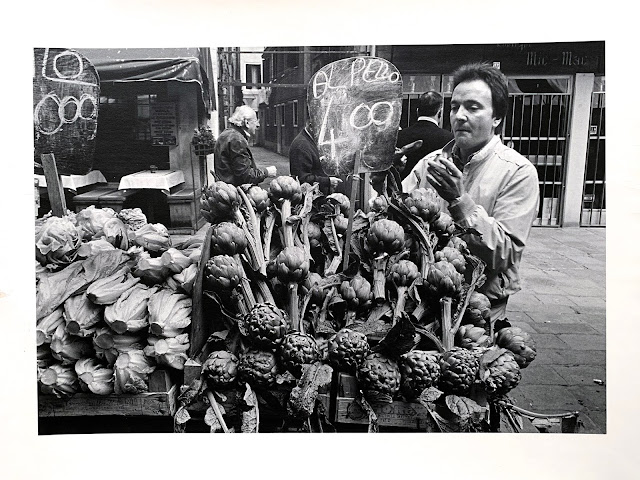 My iPhone XR is an unusual copy stand camera. One side or the other of the image I'm shooting is always "toned" or darker in the corners. It's because I'm lazy about stuff like this and not willing to do much more than lay a print down and shoot with the light coming through my windows.

I see images on the blog as illustrations of something also written down, like notes, not as "Art" in a standalone gallery.

This image was taken 30 or so years ago and what I wanted to draw attention to is the wonderful texturing of the vegetables. The image started life as a black and white snapshot, on Tri-X, in an old Leica CL with the little 40mm Summicron on it. I printed it on a matte surface paper (probably Kodak's Ektalure G) in my studio's darkroom; back when I had the studio on San Marcos St. in east Austin.

I liked photography life better when shots could be taken that were casual and informative but didn't suffer under the expectations of perfection. Just notes between friends, not a hoary manifesto used to beat each other over the head. Sometimes I didn't even care if a photo was totally in focus as long as the content evoked memories for me that I enjoyed.

I know it's strange now to contemplate Venice, Italy (sans Covid) without pressing crowds, noise, litter and high prices but back when I first visited the city it was so inexpensive that we opted to stay for ten days and roam around. We were traveling in late October and the weather was cool, the skies gray. Our president at the time had just bombed Libya which scared USA tourists from traveling outside the borders at all. Which, of course, meant for us lower hotel rates, easier access to good restaurants and streets no more crowded than the ones at home.

What a wonderful time to travel.

No Cheat Street Photography. Tell me again why it's crucial to have dual pixel, phase detection, auto focus in order to get close candid images of people... 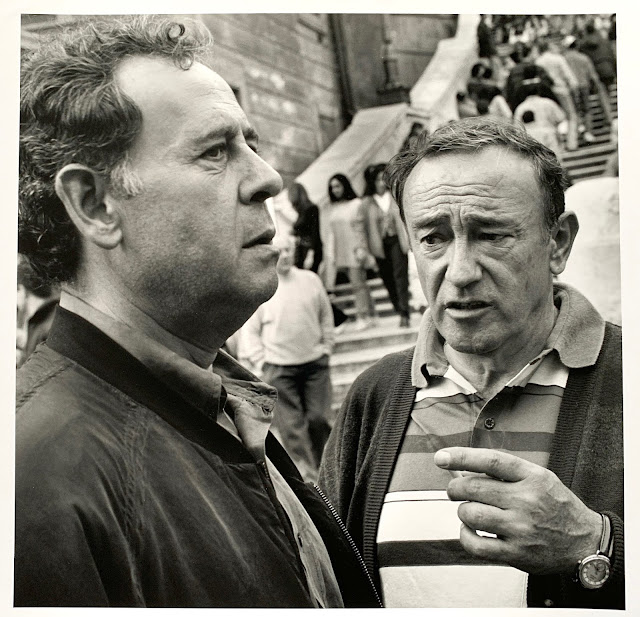 I get that PD-AF means a surer chance at getting stuff in focus. Just as evaluative metering and a plethora of automatic exposure modes ensures (maybe) better exposed images. But I find people tend to use their lack of access to the absolutely latest tools as a dodge to explain away their fumbled photographic results.
I thought about this today as I opened up a few boxes of prints done years ago and rifled through them. All of the images here were taken with a medium format camera. The cameras I used (mostly a Hasselblad 500 C/M) were absolutely manual in every regard. Lenses were focused by turning a big ring. By hand!
Exposures were set by adjusting both the shutter speeds and apertures individually. And by hand. And the logic behind getting the right exposure setting came either from experience or referencing a handheld meter. Which was/is also totally manual. But somehow I was able to walk into strangers' worlds and make photographs that I found interesting. And most of them printed up well.
I conjecture that we've made photography so easy that we don't take it very seriously even when we say we do. The manual methods required a modicum of thought, planning and an allocation of resources; you could only comfortably bring along a limited amount of film. No pray and spray with a 12 exposure roll....
I guess we'll relegate all this to the idea that it was another time and everything has changed. But after looking through a fat box with hundreds of prints I feel compelled to set my cameras to manual exposure, turn off the AF and take a bit more time before maniacally pushing the shutter button over and over again.
Who knows, I might actually get good enough to compete with myself from 25 years ago... (ellipses mandated by subject matter!). 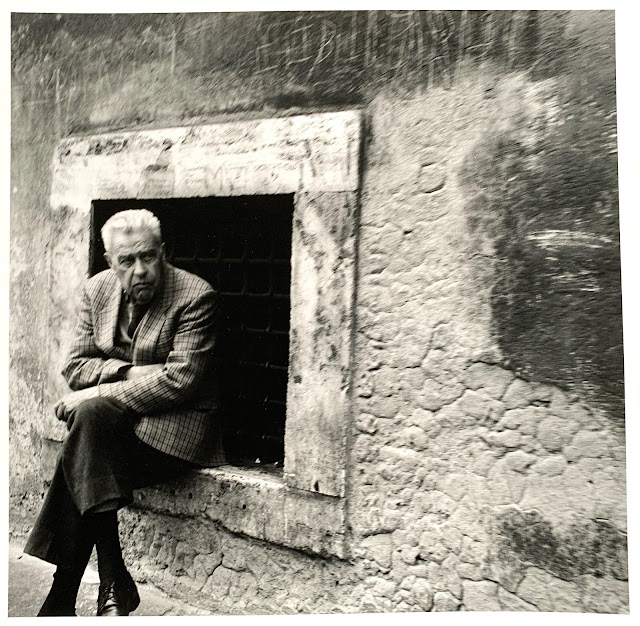 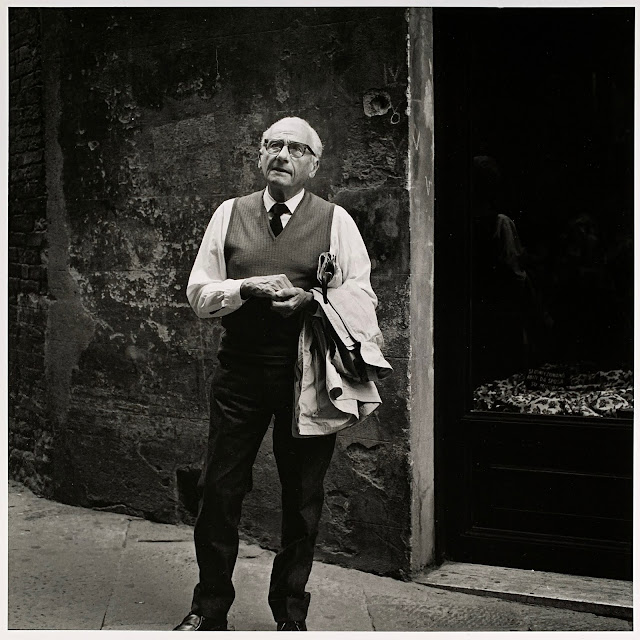 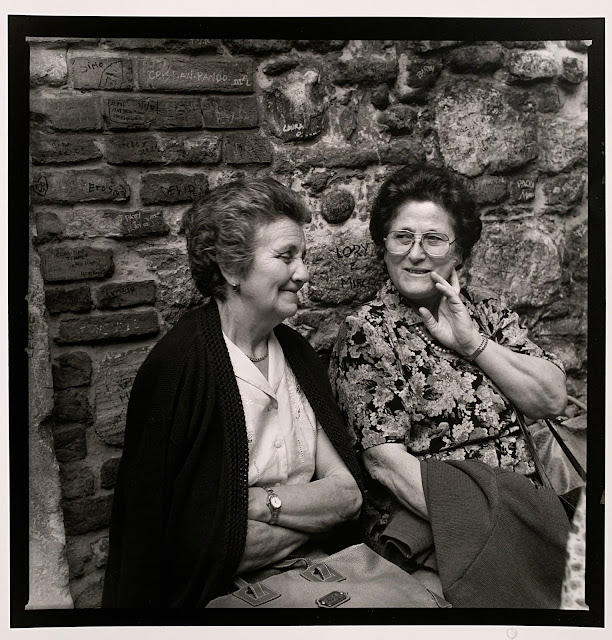 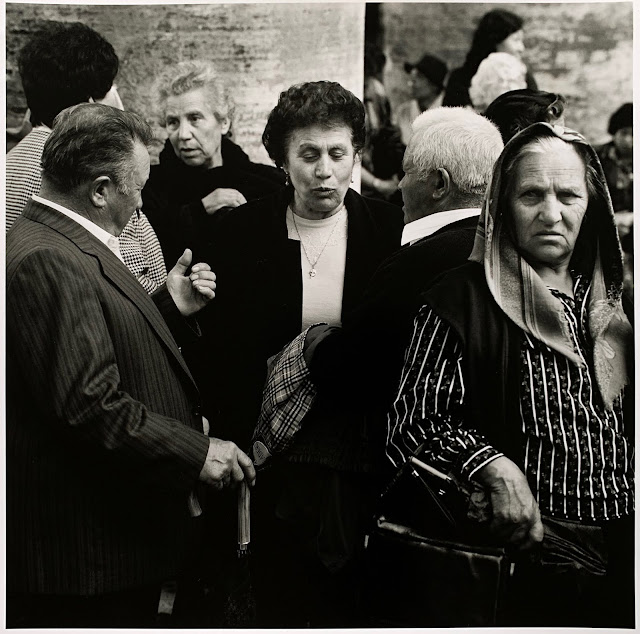 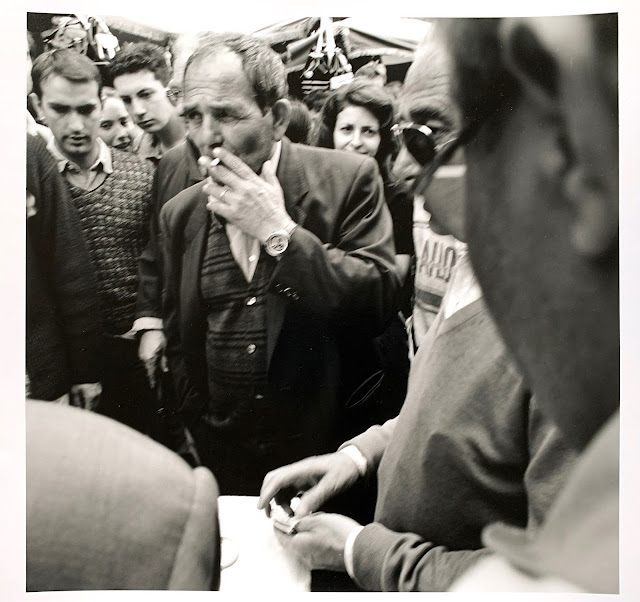 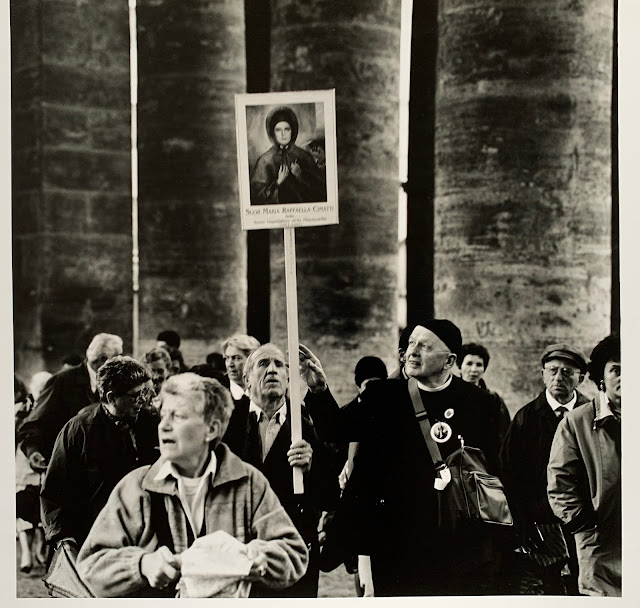 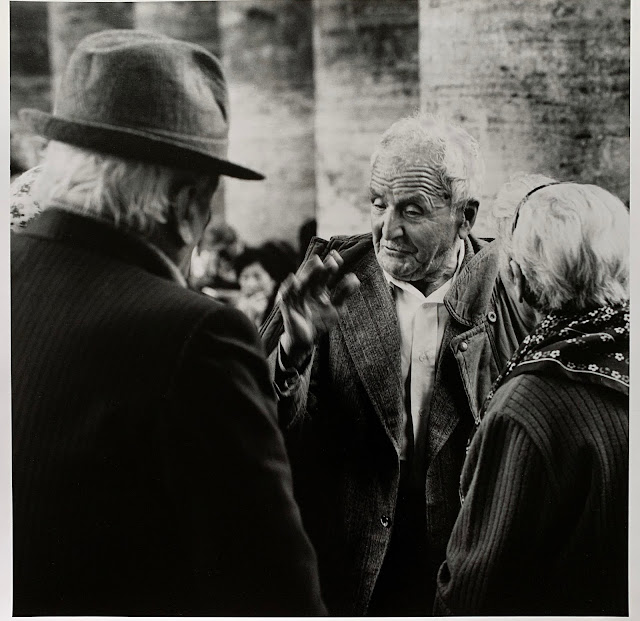 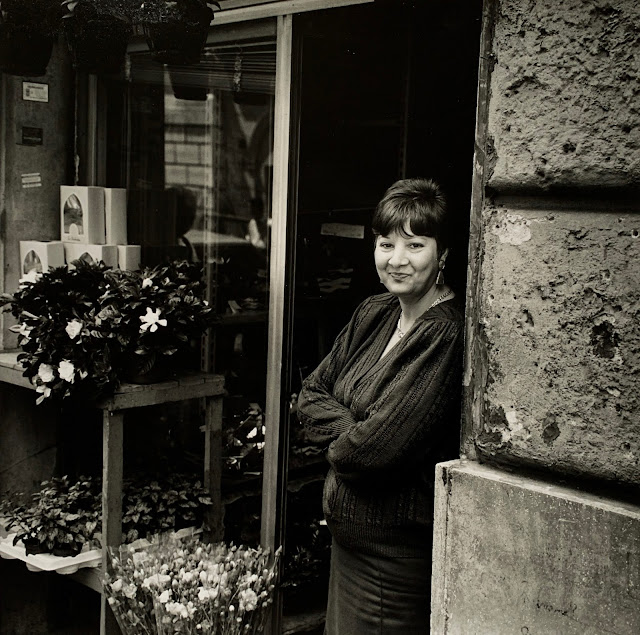 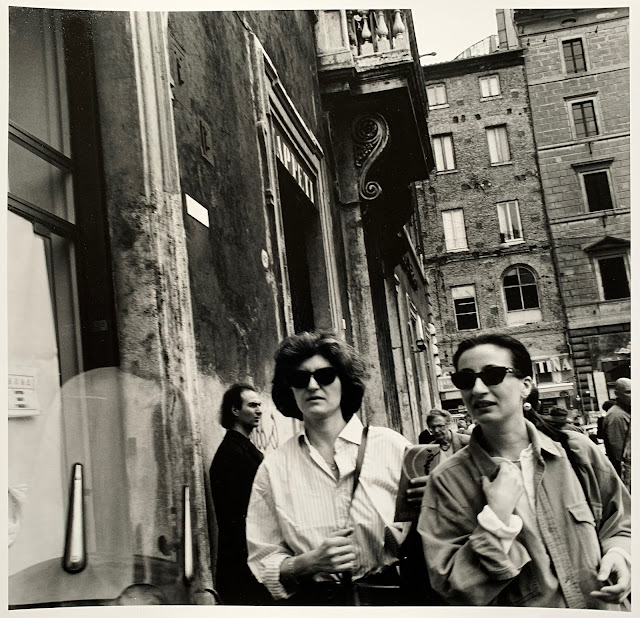 Posted by Kirk, Photographer/Writer at 12:00 15 comments:

Remembering early inkjet printers. Another trip in the time machine. 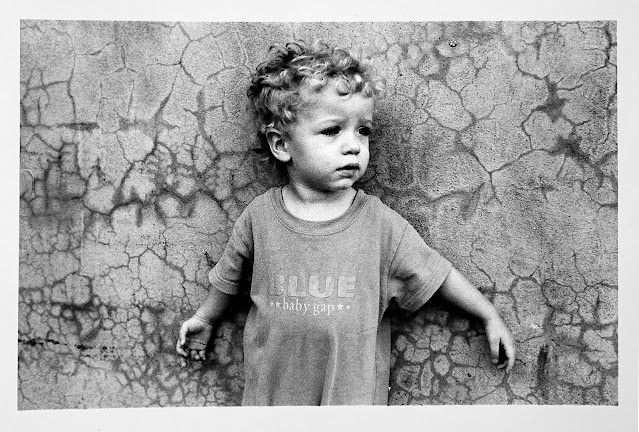 Ben was a well documented kid. We have lots and lots of images to choose from. Literally yards and yards of albums and file drawers full of negatives. Opening up a flat file is like opening up a treasure chest.

When inkjet printers first hit the market in full force we were still doing a lot of printing. And by "we" I mean the collective we. I think photographers huddled together and spoke about printer technology in the mid-1990s far more often and intensely than they did about cameras or lenses.

Like many photo nerds I had several printers including one Epson 1280 that I had converted to using only gray and black inks. For every print I got that I liked I got five or ten that were horribly flawed. When I moved to the Epson 4000 the prints looked better but clogging arrived with a vengeance.

I don't print much anymore because there's really no place to show and nobody asking for them. I keep a big printer near the desk and bang off the random print for myself but really, the printer mostly gets used for very mundane things like printing out invoices. But even there it's a rare event as nearly every client is happier to get PDFs.

I loved the photo of Ben above and made prints on various paper stocks. The one I like best came from a dye sub printer. Probably a Fuji. I found a copy today and put it on my "new" copy stand/communications device and fired off a frame.

Funny to stumble across images from 20+ years ago and to remember how simple things were back then: family, work, love, sleep and food. Nothing else to really worry about. How charming!

Posted by Kirk, Photographer/Writer at 04:30 2 comments: