Sunday. Walk with a Camera. Good exercise. Nice antidote for sitting around staring at a screen for most of the week. 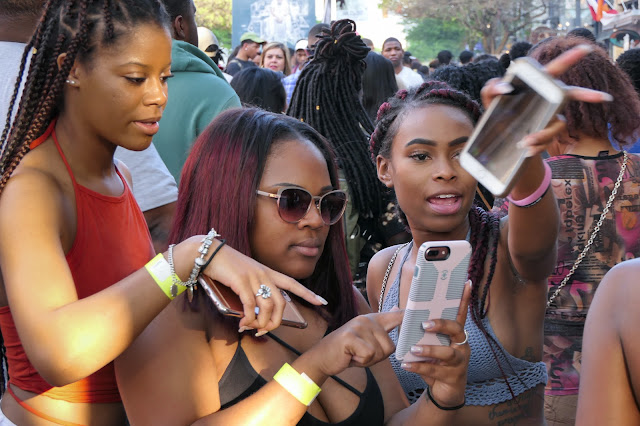 I finally had some free time this weekend to get out and try the fz2500 in some freeform shooting. I made the same rookie mistakes many people make with a new camera. I lost a good shot because my nose touched my touchscreen and moved the AF cursor over to one side. Couldn't figure out for a few seconds why the nice young lady directly in front of my camera would not come into focus. I put the camera in "A" priority and shot, blithely unaware, for the better part of an hour never checking the shutter speed the camera was setting. Ooops! All of the moving/action/street scenes were recorded at 1/80th of a second. Too bad good image stabilization can't save photographers who don't pay attention to subject motion blur.... And then I started processing some of the images shot later in the evening and, of course, I was having so much fun shooting and weaving in and out of the enormous SXSW crowds on Sixth St. that I never bothered to check the ISO, and I have to confess; this camera gets a bit noisy at ISO 800. More so at 1600.

Of course the noise reduction kicked in and I had the factory preset engaged. Hello water color detail at 100%. Of course I know better. I should have been in control of the ISO. I should have set a faster shutter speed. I should have fine tuned the noise reduction for the Jpeg setting. But in reality I didn't  care. I was out walking on a beautiful day and I had a camera in my hand. The stuff I was watching right in from of my face was a hell of a lot better than anything I see on Netflix or Network. In addition to endless action, drama and comedy you get a couple more dimensions of sensory candy that no (current) screen gives you. The smell of cigarettes and perfume, and sausages sizzling over a butane flame; all mixed in with the smell of the disinfectant the bars use to clean. The yeasty smell of spilled beer and the glorious aroma of pizzas cooking all over the place.

You walk in and out of shadows. You keep one eye peeled on the screaming homeless person wrapped in blankets like a Caesar's toga even though it's 85 degrees outside.

The camera gave me a tertiary reason to be there but my real goal was just to sample.....the multitude. To see what was making this little corner of Austin tick on this particular day. To slip into the crowd and walk with the flow.  And then, like a hungry homing pigeon, disengaging and "flying" toward  my car, parked two miles away. And then home to the quiet and serenity of affluent suburbia. And a decent restaurant. Cameras are fun. But they are largely meaningless if you don't have something interesting to put in front of them... 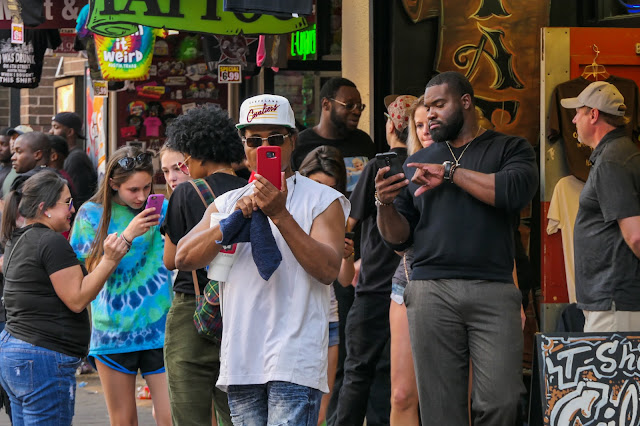 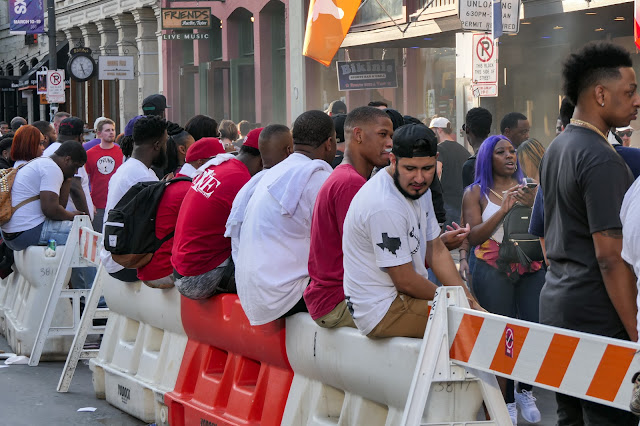 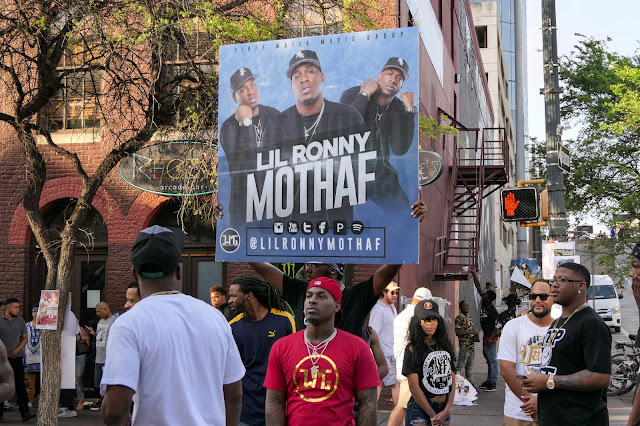 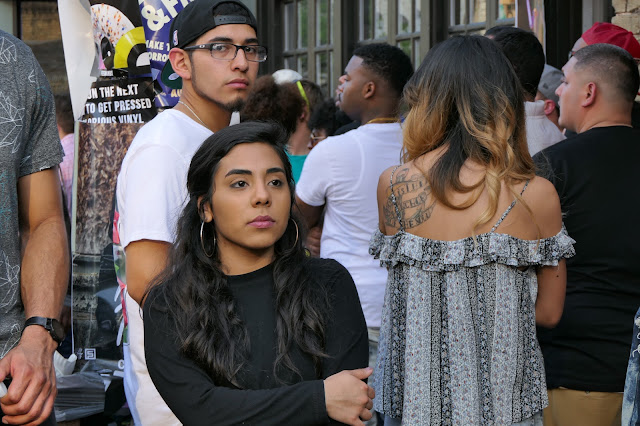 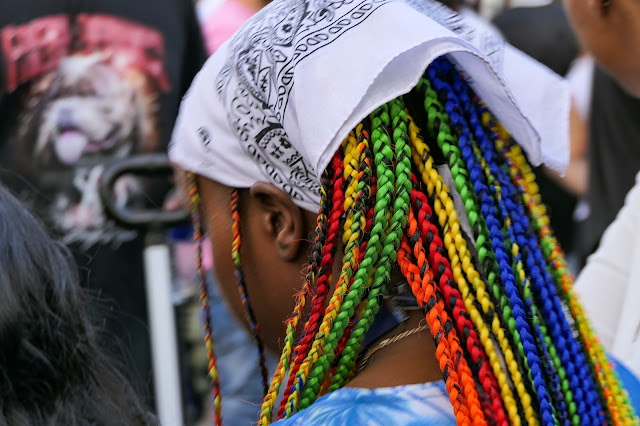 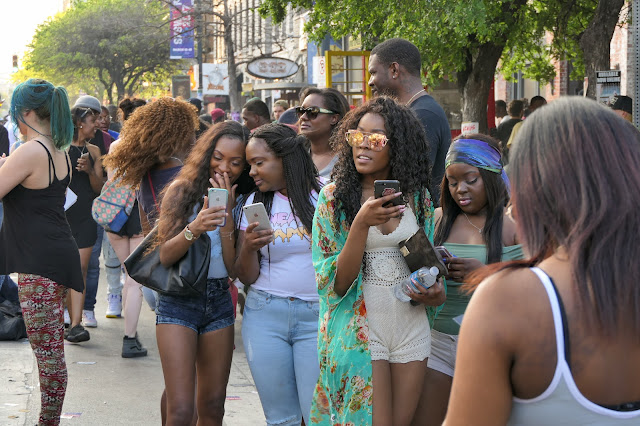 Is all social exchange about the smartphone now? 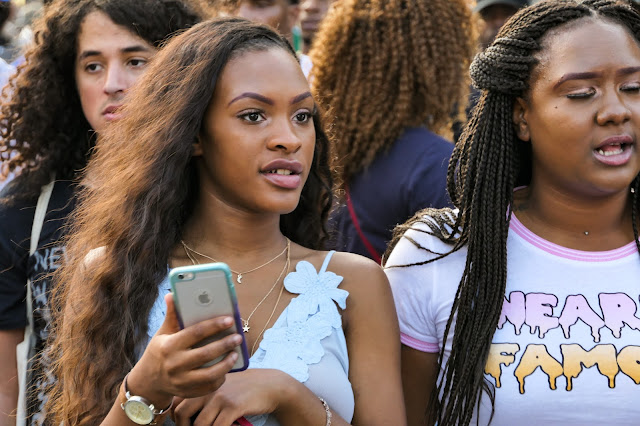 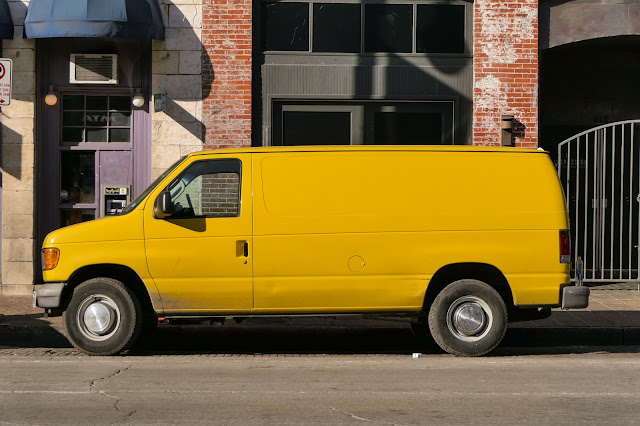 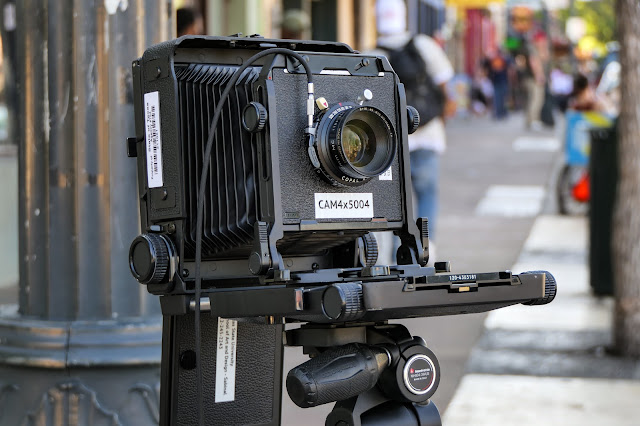 I met a student. I think his name was Justin. He was shooting a project with this 4x5 field camera. He was smart and engaging. He knew all about Richard Avedon. His camera was on a rickety tripod. If he remembers to get in touch with me I have an extra Benro tripod that I'd be happy to pass along to him. It would be better than the skinny Manfrotto the school loaned him.... 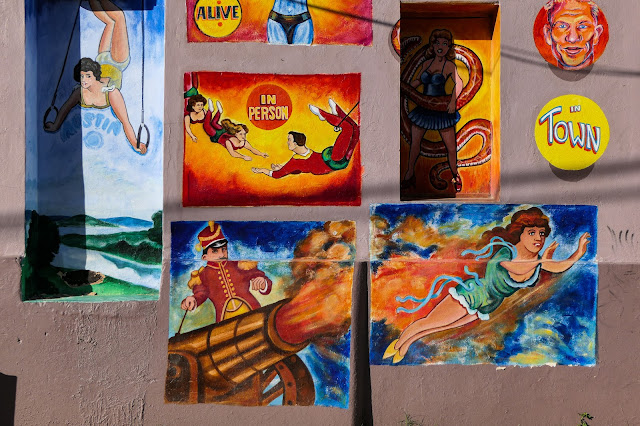 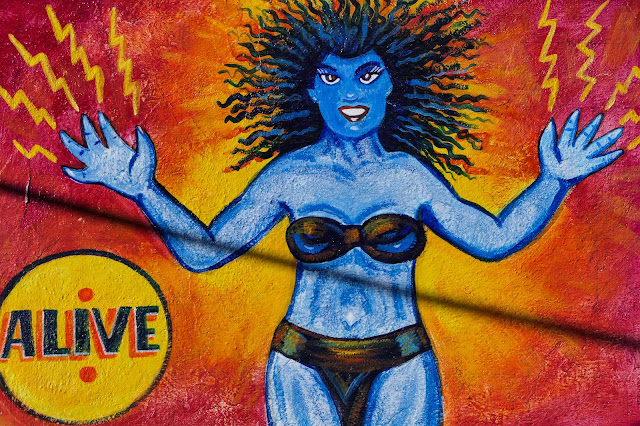 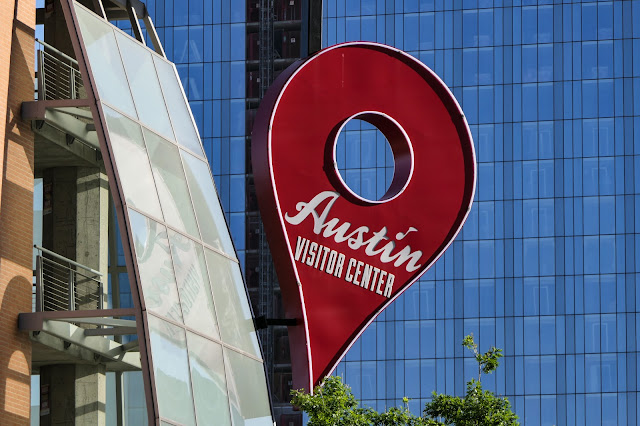 Google took a beautiful and iconic building downtown and did everything in their power to make it fucking boring. Not swearing, really, it's a technical, architectural term. 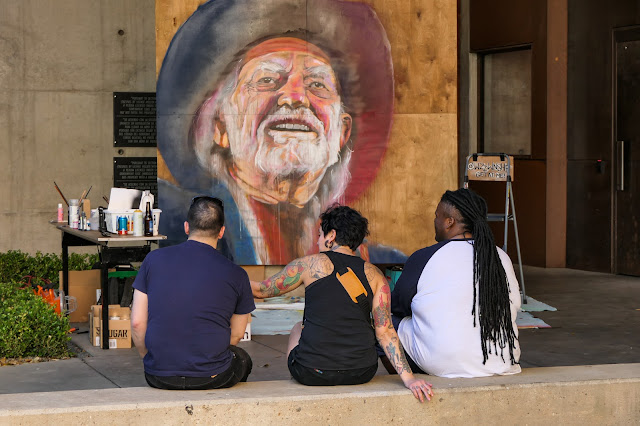 At the W Hotel.

Posted by Kirk, Photographer/Writer at 19:55 9 comments: