Photography provides reasons to leave the house, and an invitation to mingle with artists. 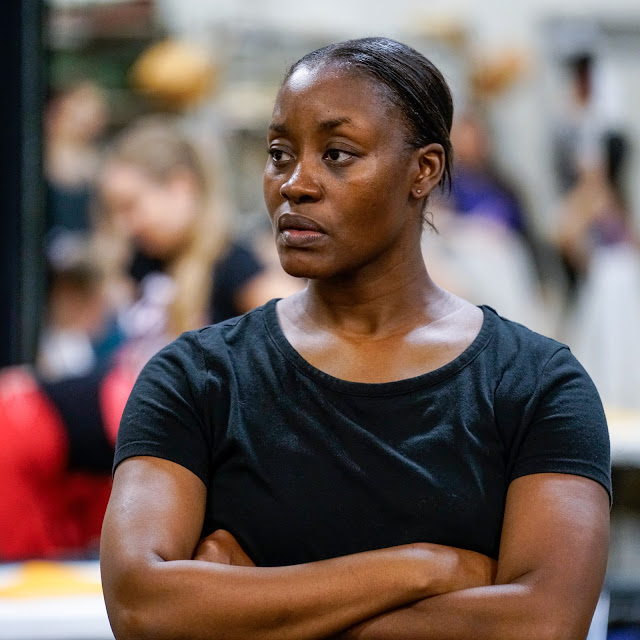 Choreography, Christa Oliver-Torres. During a long rehearsal at Zach Theatre.

I love being part of the marketing team at a (non-profit) theater. Like most of the arts people who aren't involved don't always know what goes on the behind the scenes. They don't understand the time and energy it takes to make art at a high level. I love getting involved with a theatrical production in the early stages so I can really understand both the surface drama (or comedy) as well as the underlying ethos.

Last Fall, I wanted to see a series of rehearsals for the upcoming, Zach Theatre twist on Dicken's, A Christmas Carol.  One of the rehearsals centered around the dance segments for the production. It wasn't just a half hour here or there but a full day of precision drilling, fine-tuning and then more precision drilling. I was exhausted just watching and I was only a witness to one part of the rehearsal; and on just one of the many days that the ensemble rehearsed.

I was standing in front of the long mirrored wall watching and snapping photographs when I saw the choreography pause to watch a group of dancers practice and intricate move. Her focus was intense. I manually focused the 135mm f2.0 lens on the front of my Sony A7Rii and shot a few frames. This image is one of my favorite images from the day. Just wanted to share it.

There is value in putting yourself in the right place and then....just standing around until you see something you want to photograph.
Posted by Kirk Tuck, Photographer/Writer at 09:51

Just one of your favorite images from the day? This portrait is wonderful. Thanks for posting.

Not related to this post but I just stumbled upon this. I will give it a serious look this weekend. It looks quite good.

A very strong, impressive portrait. One of your best.

You know, I really wouldn't want to displease her.

As others have said, I think that's one of your best.
Mark