TOP GEAR for Sunday Morning!!! The "must have" accessory for the new weather in Austin, Texas. One Photographer's incredible find!!! 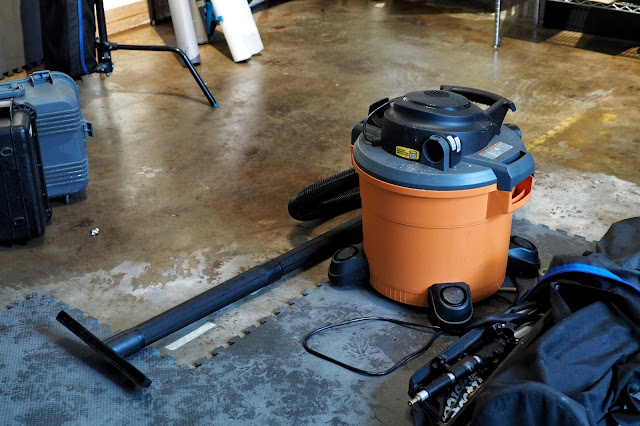 I don't know if you've been paying attention to the weather in Austin, Texas, but we seem to have traded weather profiles with Seattle or some sort of sub-tropic rain forest. It's been raining every day for the last ten days and when I looked at the weather reports this morning over breakfast the forecasts called for at least another week of thunderstorms and other assorted rain phenomena.

But this morning it got personal. I woke up around five a.m. which is not my usual schedule. The cause of my abrupt transition to full consciousness was a weather system that was dumping rain like crazy, accompanied with 360 degree lighting and enough booming thunder to make my dog hide, shaking, in the deepest reaches of my closet.

After weeks of rain the ground was saturated and, after coffee, a warm chocolate croissant and a plate of scrambled eggs with my favorite hot sauce slathered on top, I went out to the studio to work on a video rig I've been customizing. I walked into the studio, flicked on the lights and immediately saw that half the space had standing water on the concrete floor. Drat. We need water in central Texas, just not on my studio floor...

The culprit was an overwhelmed French drain. The gravel over the top had become covered with a week's worth of eroded top soil and that created a slippery pathway for the water to slide right into the masonry of my small building. It's happened before----that's why we have the French drain. Who knew continual maintenance would be required?

Having been down this road before my office is equipped with a large and boisterous shop vacuum that is wonderful for sucking up water like a champ. In twenty minutes the standing water was gone and I started lifting the foam floor tiles to capture moisture hiding beneath. Now, an hour and a half later the floor is almost completely dry and the air conditioning system is doing a yeoman's job of getting the humidity under control. Go air conditioning!!!

My very first studio space was on the second floor of an older warehouse building in east Austin which had a roof that leaked like an unnamed media source. It was so bad at one point that we constructed internal gutters to channel the intruding water. We bitched about it---a lot---but the rent was so ridiculously cheap that we didn't have much leverage over our landlord. I did learn a lot of valuable lessons