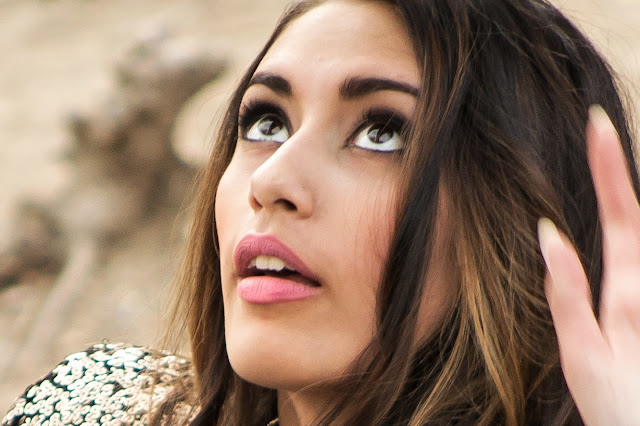 A random visual observation from the Hope Outdoor Gallery a few months ago. Love the catchlights in the eyes...
Posted by Kirk, Photographer/Writer at 18:00 4 comments:

Sky and tree. The Sigma 50mm Art lens + the Nikon D610. My review of a camera body that's nearly discontinued. 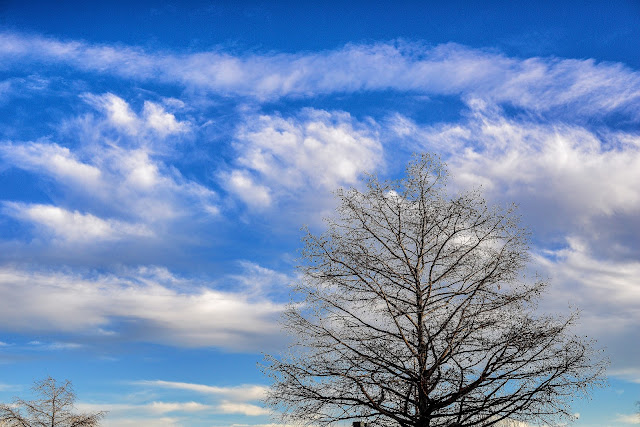 When I first got interested in photography, back in college, the choice of cameras didn't seem nearly as extensive as it does now. I don't mean that there were fewer brands or fewer models to choose from but that for every serious beginning photographer no  matter which brand you decided on you were +98% likely to choose a model that used 35mm film. Leica M, Canon G17, Nikon F2, Canon F1, Olympus OM-1, even the old Pentax Spotmatic were all using the same, spooled, 35mm film and creating negatives and slides that were 24 by 36mm in size.

To be sure, there were outliers who were using medium format cameras and a few precocious beginners who went straight to the large format cameras, but a walk across campus or a stroll through town would quickly convince you that almost the entire world was working in the same basic format size. There was also no such thing as the 18 month product cycle with most of the SLR cameras. Nikon updated their professional camera body about once every ten years which generally created an even stronger demand for their previous models. Canon extended their line with more gusto but even they were measured when it came to changing their flagship product.

The uniformity of format even extended to the most basic point and shoot cameras. The Olympus Trip35s and later, the Stylus cameras, tiny though they were, still took the familiar 35mm rolls of Fuji, Agfa and Kodak film. Another commonality was the fact that the focal lengths of the lenses had the same "meaning" across all lines of 35mm cameras. A 105 mm on a big, pro camera had exactly the same angle of view as the 105 mm setting on the zoom on the lowliest point and shoot.

I owned a number of different 35mm camera bodies from Nikon, Canon, Leica and Contax. The common thread between most of them was the uniformity of construction and operation. The bodies were all built from solid metal, had a certain heft in your hand and all worked in much the same fashion. From a quality point of view all of the top cameras from the top brands were equally capable but just as today there were rabid fans of the optics from each brand.

It is against this background that I select and embrace the cameras that I use in the business. I am used to the DSLR form factor since it is the direct descendant of the many cameras I have used over the years in the SLR form factor. While I keep pushing and pulling and stretching the various mirrorless cameras with their addictive EVFs I seem to have come full circle to re-embrace the capabilities of the traditional cameras. (Note: I have not sold or given away the Olympus EM5.2 cameras and use them extensively for my personal work!). The primary reason for me to use the full frame Nikon cameras that I do use is for the quality of their sensors and the more rapid retreat of focus with fast lenses.  The newest Sony sensors are visibly better than previous generations, and also better at the ISOs that I am used to using when compared to the Canon