The second in a series of seriously over-processed images. Intentional? 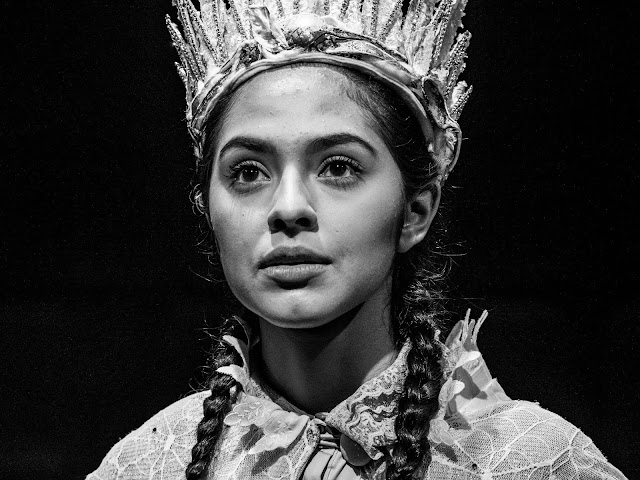 How do you know where the boundaries of good taste are if you never push against them?

I think back over the course of my dalliances with photography and have come to realize that pushing into total failure was a remarkably good way to learn.
Posted by Kirk, Photographer/Writer at 15:38 5 comments: 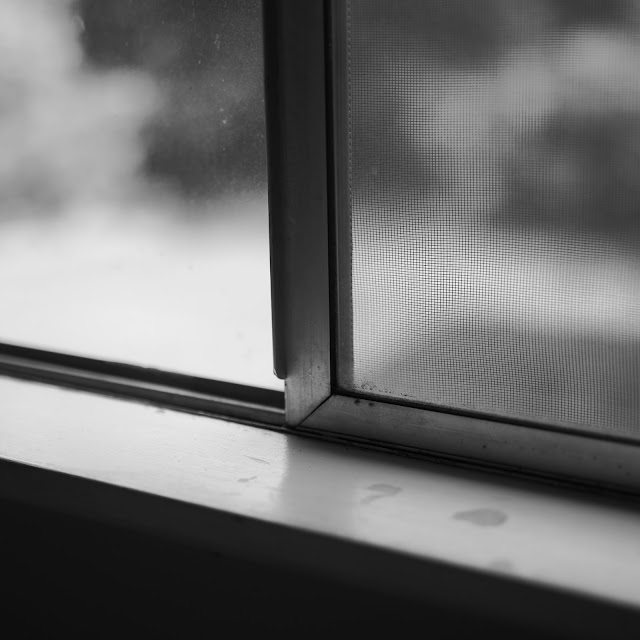 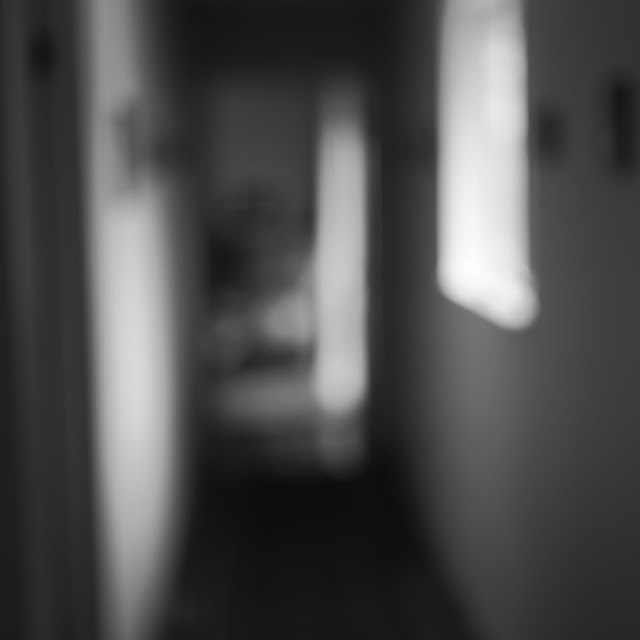 Deliberation concerning the negative energy of mis-focused reality
and its relation to hermeneutical inquiry in optical praxis.

For my next trick: Alec Soth. Debate.

Posted by Kirk, Photographer/Writer at 15:36 11 comments:

Just what would you consider "over the top" post processing? A candidate... 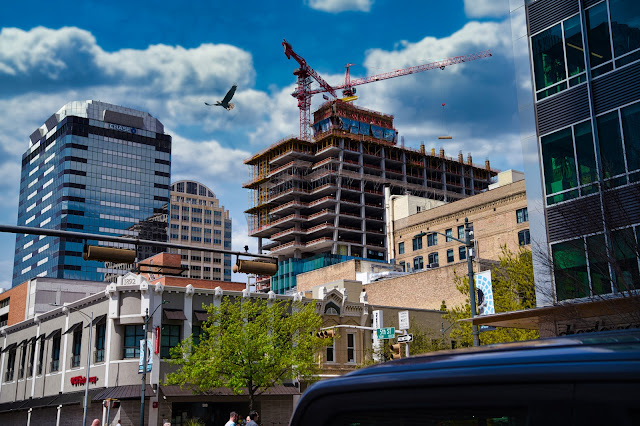 I shot this photo on a walk through downtown a couple of weeks ago. I had just downloaded and started using Luminar, a fun and easy to learn image processing application. The original photograph was no great shakes. While there was sun the sky was bald and cloudless and everything was a bit drab. I pushed some buttons and yanked some sliders and it got better. But where the seatbelts came off and things went over the edge is where I started playing with the sky replacement feature.

This is the part of the program that will take you right over the edge into kitsch territory. Yes! "Dramatic Sky." And then you can use the A.I. Sky hyperzang filter to add in stuff to your sky such as: The Aurora Borealis, a mountain range, a flight of birds, or, in this case, your own eagle.

Yes, the program encourages one to go right over the top but in defense of the apps designers I have to say that you can populate the sky gallery or the hyperzang ultra-chromatic exteringnator filter (not the official name...) with your own images and they can be as subtle and calm as you want them to be.

I think software makers of products like Luminar 4.0 and Portrait Professional 37 include over the top stuff to get you to play with their applications and see how they work. You can also use things like Sky Replacement in conjunction with layers and masks in order to tone down effects and have more control.

It's fun to play around with this stuff and I can see commercial applications galore. Everyone wants a beautiful sky behind their building or their factory. It's just human nature. Not much call for low contrast, gray, rainy day filters...eh?


Posted by Kirk, Photographer/Writer at 15:04 9 comments:

Looking for silver linings. Found two that qualify in my office closet. I thought I'd need them when I put them there 22 years ago.... 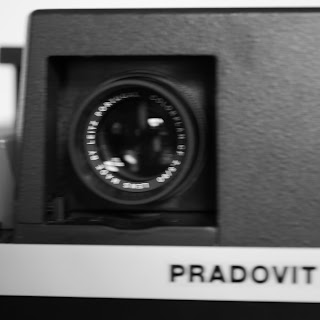 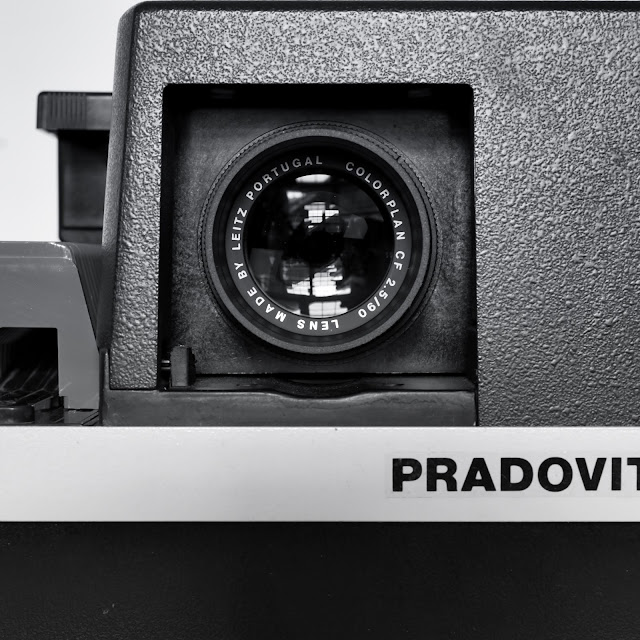 That's better. Can somebody hit the lights? 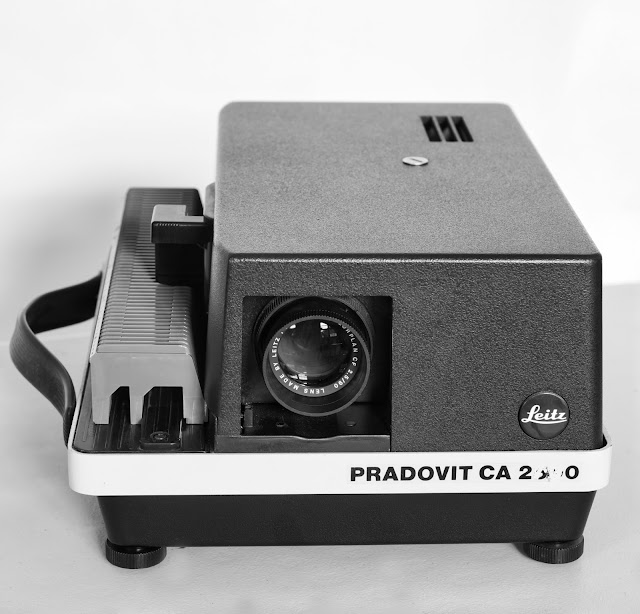 Does any one here remember slide film? Kodachrome? Ektachrome? Fujichrome? Agfachrome? Those little one by one and a half inch squares were all the rage until digital stuff showed up. We shot slide film and sent it to clients. They had it scanned on drum scanners. They made the images into magazine ads and brochures. It was all so lovely.

But the most fun thing to do with slides was to put them in a slide tray, turn down the room lights, and project them through fantastic optics onto a nice, white screen. Slides were really cool. At ASMP meetings sometimes we'd have everyone pick their ten favorite slides and bring them to a meeting. We'd sit around eating chips and hot sauce, washed down with a beer or two, and watch a slide show of everyone's favorite/show off stuff.

And forget digital projectors, when you tossed 300 watts of light through a Leica projector lens the dynamic range of slides looked amazing. And slides themselves were amazing. They weren't waiting around for added color science, they were color science.

In the early days of my career in photography we used lots of different Kodak Carrousel projectors and lookalike knock-offs of Kodak projectors. They worked just fine most of the time but they were not perfect. Most of the lenses that came with the everyday machines weren't stellar and you could see it mostly on the edges of the projections. But most people had never seen better so we accepted a bit of slop here and there.

One day I sat through a pleasant slide show that seemed crisper, snappier,  had more detail and more color richness. At the end of the show I walked back to the rear of the lecture hall and looked at the slide projector. It was a Leitz Pradovit CA 2500. And, just like Wayne Campbell in the movie, "Wayne's World" I found myself saying, "One day it will be mine. Oh yes, it will be mine."

The first Leica projector I bought was a half measure. They made a consumer model called the Pradovit P150 which had a lower output, an overall smaller size and came with a less pricey lens; a Hector 85mm f2.8 P2 which was made by Leica in Germany. The P150 was/is great and worked well. But I still remembered its bigger brother.

Somewhere in the early 1990s, when I felt secured in my career, and bills were getting paid on a regular basis, my local drug camera dealer offered me a deal on a demo Pradovit CA 2500 machine. I couldn't get my credit card out fast enough. For the next handful of years we used that projector for so much stuff. I'd drag it to client presentations, have photographer friends over for group slide shows in the living room and generally made slides the focus of imaging around the house.

Then we moved into our new house and my new office. The projectors got stacked in the office closet and forgotten. We invested in lots of short-lived digital crap. We shared images on computer screens (and they routinely looked like garbage compared to slide projection --- until better monitors and higher res camera options came to market in the last few years) and by 2002 had given up shooting slide film entirely. We still shot medium format transparencies, and Hasselblad made amazing projectors for that film size, but the writing was on the wall and we knew that tossing the cost of a small car at a slide projector for MF would be a waste of money. By 2005 our lives were in a rush and slides were just a memory that still lived a few feet from my desk in a filing cabinet. But no more slide shows. No more gatherings to see sparkling images in dark rooms, surrounded by friends and family, and.... sniff... no popcorn.

Today Belinda and I walked around the neighborhood, hit the big hills, and she talked me off my anxiety ledge about the present economy and the pandemic. She reminded me of the promise I'd made to myself after I spent half a year cleaning out my parent's massively cluttered house: "I'll start clearing out all the stuff I don't need or use as soon as I get back home!" What better time to dig in and delayer the clutter than right now when we are more or less constrained from doing much else?

As I cleaned out stuff from the closet (do I really need tax return documentation from 1987?) I came across not one, but two Leica or Leitz slide projectors. I've cleaned them up and now I'm thinking about having a "one tray" slide show. Just for nostalgia's sake.

Does anyone still use slide projectors? Would anyone have a use for one of these? Do you still project old work? Do your family and friends tolerate slide shows well? Just curious....

Another thought I had was about the Leitz 90mm f2.5 Colorplan CF lens on the professional machine. I wonder if I could adapt it to an L-mount camera? I assume it would be as sharp as a pin and would make a great portrait lens. Has any one had experiences with that kind of conversion?

The CA 2500 weighs a ton, it's built out of Leitz metal so it's well nigh indestructible. There are all kinds of sockets on the back for syncing with sound and doing multi-projector slide shows. It's just amazing. And it's quiet too. I wonder if you could actually make darkroom prints with one.....hmmmm.

I also just remember that we used to use them as hard edged spot lights in the studio. Ah, this is becoming an instantly expanding universe for me...

Posted by Kirk, Photographer/Writer at 12:32 24 comments: