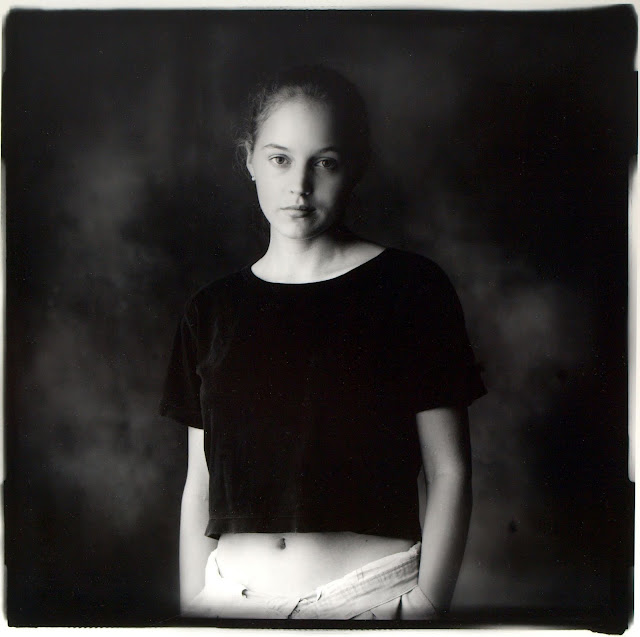 Cleaning your studio is like peeling an onion and finding gold inside.  Sundays are more routine for me than weekdays.  I get up, drink coffee and read the New York Times.  They I read Michael Johnston's blog, The Online Photographer.  Then I go to masters swim practice and we swim hard for an hour and a half.  I meet the family at our favorite bakery and hash over the week with the same friends we've shared our Sunday mornings with for going on fifteen years.

In the afternoon I either write or prepare the studio for the upcoming work week.  Today it was all about the studio prep.  I'm photographing an ad campaign for a regional utility this coming week and I wanted to make sure everything was ready.  That means testing cameras, charging batteries and making sure I have model releases, snacks and enough horizontal space for props and client stuff.  It also means I finally have to deal with stacks of prints and boxes of negatives that overflow onto the main floor.

I can't stand to just tidy up a stack of prints and toss them in a century box.  For some reason I have to go through and look at all of them. And when I do one or another catch my eye.  Today this one of my friend, Lou, stood out.  So I plucked it from the stack and put it next to the monitor so I could look at it for a while.  Why do some prints make you sit up and take notice on some days while other prints nudge you for attention on other days?

It's Spring-like today in Austin.  The highs were near 70(f).  There was a stiff breeze for most of the day.  People were out in shorts.  People were all over downtown.  I associate this image with Spring.  But I think the aspect that caught me was the print itself.  This was printed on the last of my graded Ilfobrom paper made by Ilford a long time a go.  It's a thick, double weight fiber stock and it's a classic glossy surface that's been air dried.  The print was selenium toned and archivally processed.  It's probably the tenth or eleventh sheet in the process.  We used to test a lot in the darkroom.  The print took a while to make because I used a semi transparent aperture device under the enlarging lens to blur the edges and corners.  And the device was very imprecise.  You had to wiggle it around a lot to get the look you thought you wanted.  You couldn't stop down the enlarger lens too much or the clear plastic edges of the aperture blades would start to come vaguely into focus.

I was also captivated by the edges of the print.  You can buy plug-ins for Photoshop that will approximate corners like this and I wonder if anyone who never printed in a darkroom really understands what the edges are all about.  At the risk of boring darkroom veterans I'd like to explain.  When we bought negative carriers for our enlargers we had to buy a negative carrier for each format of film we used.  Nearly all of them were cut out to be just fractionally smaller than the actual frame in the same way that camera viewfinders, for the most part, show slightly less than the full frame.  If you wanted to include all the image you had to get a file and fileout the edges of the negative carrier to show the edges of the film.  Everyone filed in a different way.  It was a craft project with not need for absolute accuracy.

Over time it became the style to cut your carriers wide enough so that you could read the edge print of the film when you made your prints.  Your negative carrier was uniquely yours.  No one else's was filed in exactly the same way.  Just as no one else agitated film during development in exactly the same way. Now the addition of frame lines in post production is largely a meaningless application, separated from it's need and it's meaning.

After the print was washed for an hour or so,  and more or less supervised through the wash process so that the paper didn't stick to the side of the washer and retain some future staining potential,  it was  scrapped dry with something that resembled a windshield washer and then place face down on a mesh screen to air dry.  The air drying left the prints with gentle bends and curves and and slight curls.  So, when the print was totally dry you'd place it under a stack of same sized prints and let time and gravity flatten it out.

No matter how careful a darkroom worker you were there were always dust spots that had to be attended to.  We'd mix up different colors of Spot Tone dye until we could match the selenium toned color of the black and white image and then we'd carefully pick up just the slightest touch of dye with a triple zero spotting brush and carefully work from the center of the tiny spot to the outside edges, working with tiny dots to make a whole tone that was an indistinguishable part of the whole fabric of the print.

Only at this point, when you'd made an investment of time somewhere in the range of four to five hours, would you have perhaps one or two prints that really made your heart sing and your eyes come alive.

It's a bit frustrating now to show work.  The venue seems always to be the computer screen.  The file, a scan from a negative or a digital camera capture.  But there's so much more to see on the prints.  My friend, Keith is working with an Epson 3880 these days and he brings along amazingly good prints when we meet for coffee.  His work is among the first I've seen (and believe me, I've seen plenty of inkjet work over the years) that captures the feeling of the darkroom.  His tonalities are great and his profile and printing are impeccable.  But there is something missing.  It's the imperfections that made hand printing in the darkroom what it was.  Just as we are subtly put off by a perfectly symmetrical face we are put off by perfect grain.  No matter that a stochastic screening method was used.  We cognitively see the regularity of the process and it annoys us that it's so reproducibly, relentlessly perfect.

Not all prints fall into this category.  It's not that prints are magic just because they were printed in a darkroom.  But prints that required work;  required burning and dodging and blurring and diffusing (just in parts and just for short segments of the total time) were done with human hands and the inconsiderately inacccurate metronome of our minds and the swish of our hands.  And no matter how hard we might try those prints are unique.  And unique is what appeals to minds that are inundated with perfectly manufactured everything.

I propose that the next time you really want to show off your skills and your vision you do so with some righteous skin in the game.  Take this challenge:  Pick your favorite dozen digital images or film images and make the best print of each one you can possibly make.  Burn it where it begs to be burned and dodge it with the subtlety of of a surgeon.  Print it on the surface you know will bring the image into its best light.  Print it with some border around  the edges.  Give people something to hold onto while they hold it in front of their eyes.  Make it as large or small as the image demands.  Not everything has to compete in size with Gursky or the hyper-realists.  Some images are graceful at 4x5 inches and painfully dissected at 4x5 feet.

Then take these majestic prints and show them to people in areas where the light is neat and clinical.  Does it work? Was the idea and intention well thought out?  Does the subject beg you to linger and stare.  This is what good printing does.  But it all starts with an image that pushes you to do the process.

Let's be honest, if you know you're going to throw something up on Flickr, and Flickr is going to compress the image and smush around with the sharpness.  And the size means that the image won't show off anything subtle or detailed.  And you know people are going to look at them the same way they eat candy, but on a screen that's probably not nearly as well calibrated as yours,  then you really don't have much incentive to do the whole deal and commit to making the process work the same way you would if you were presenting 16 by 20 inch prints.  You WILL see cracks in your technique at that print size.  You will confront what artists have confronted for years when they had to commit to a process that invited detailed and lingering inspection.  You will care what you put on the paper in a totally different way.

This is not a rant about the difference between film and digital.  It's a rant about the difference between craft and convenience.  Between a home video and a movie.  Between toaster strudel and a real breakfast.  I know that the web lets you share your work all over the world. But it only lets you share at a level that may not show your skill and vision.  This is merely a test.  Make the big print and then show it to yourself.  At some point you will begin to have a whole new appreciation for quality.  And you may grow a new and more sophisticated audience rather than the routine, "Nice capture!  I'd have used a fill light on the other side to even out that girl's face!"

So I found the print and put it up on the wall next to my monitor and then I looked at the scan that I included above.  Do you remember when television sets had physical depth and most were about 20 inches diagonally?  And then you went out to see a movie?  And the sheer size and profoundly better production values hit you right between the eyes?  It's a lot like that.

The return of photographers.  I spend most Sunday afternoons walking around downtown Austin and enjoying the rhythm of the city.  When Austin was younger and photography was profoundly different more people carried around their Nikons and Canons and Olympuses and made art as part of their daily routine.  Everywhere you turned someone had their camera.  For months now the streets have been solitary.  Not a photographer anywhere.  But today I crossed paths and intersected with tons of photographers.  It was near sunset and couples were toting tripods,  shooting peeling walls and each other.  Reveling in photography.  And it was affirming to see.  It meant people had turned off their distractions and made a decision to be visually enchanted.  And to peel the onion.  And to look for a little bit of gold.
Posted by Kirk Tuck, Photographer/Writer at 19:24 17 comments: